It was the first day of the European Congress of Endocriloy
and I attended the medical convention the whole morning, 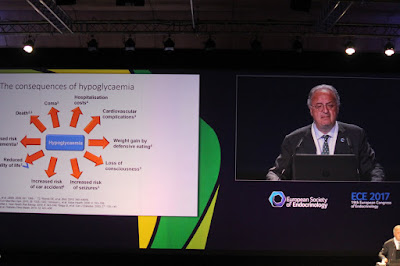 …and later joined my family by noontime
at the Praça do Comércio where we would
commence our visit the Lisbon’s old town. 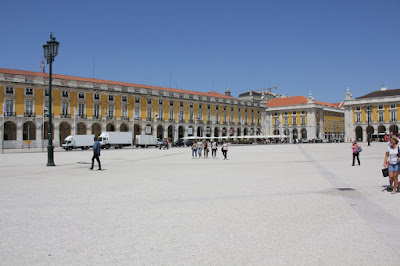 The Praça do Comércio is the largest of Lisbon’s
grand plazas located at the edge of the Tagus estuary. 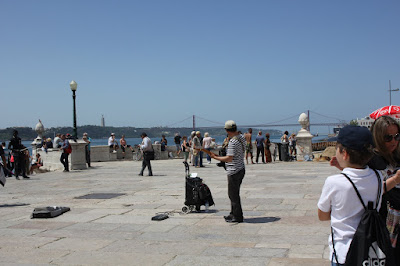 This was center of commerce in the past and where traders would sell
their imported goods, and where the most of Portugal’s major business
establishments  are located. Portugal's wealthis channeled through the
Praça de Comercio, which means Commercial Square in English. 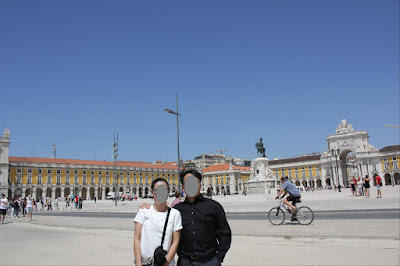 A set of marble stairs called the Cais das Colunas,
is found at the southern side of Praça de Comercio
which lead down the beach and on to the water edge. 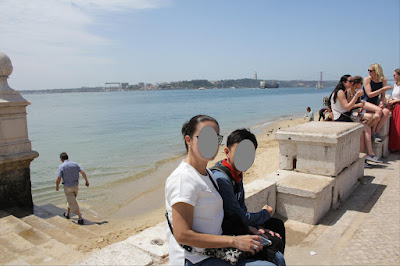 The Praça do Comércio is the grandest  of Lisbon’s squares,
surrounded with classic symmetrical buildings that houses shops
and restaurants, and where some government offices like tourism
department and the customs that regulate port activities are located. 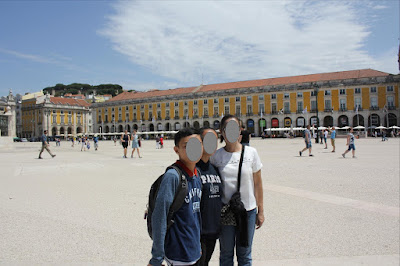 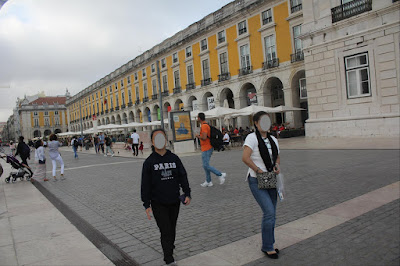 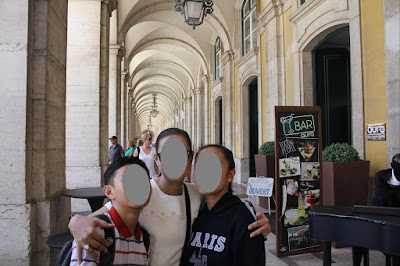 The equestrian statue of King José I
serves as a magnificent centerepice. 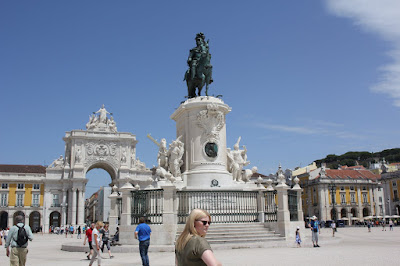 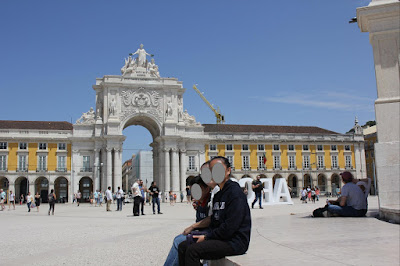 ...that serves as a decorative entrance to Rua Augusta
is located at the northern edge of the Praça do Comércio. 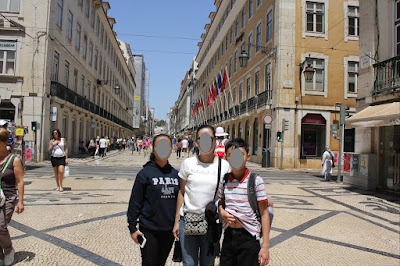 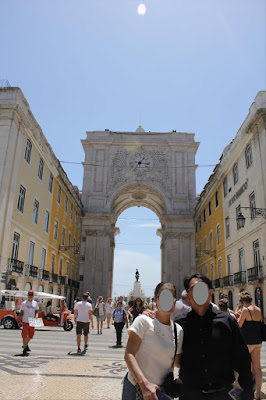 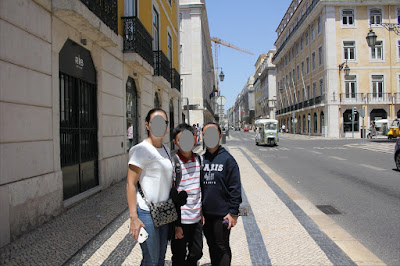 The three statues at the top of the arc created by French
sculptor Calmels symbolizes Glory, Ingenuity and Valor ,
while the two seated figures at the arc's lower ledge
represent  the two Portugal rivers, the Tejo and Douro. 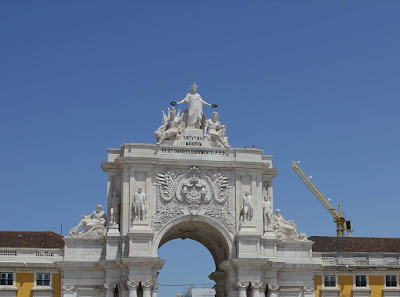 Aside from being a major tourist attraction the plaza
is also an important  transport hub where trams that
head west to the Belem district and at the southern
side is a ferry terminal that cross the River Tagus. 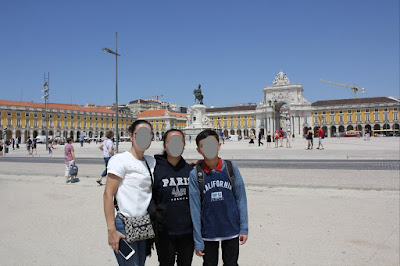 The Praça do Comércio is also an awesome starting point for
tourists wanting to explore the historic ancient city of Lisbon.

Posted by Ramon Caceres at 2:48 AM