We arrived in Lisbon from Paris late in the afternoon,
and after settling down in our Radisson Blu suite, we
decided to look for a place to eat and we were happy
to see Hao Hua, a Chinese restaurant beside the hotel. 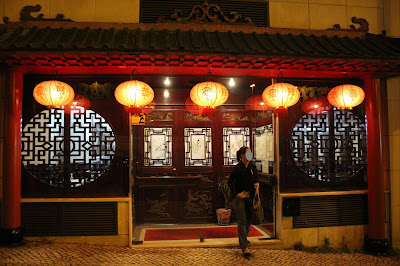 Hao Hua, an authentic Chinese restaurant had an
awesome interiors, designed that would make one
feel like they are in China, rather of being is Lisbon. 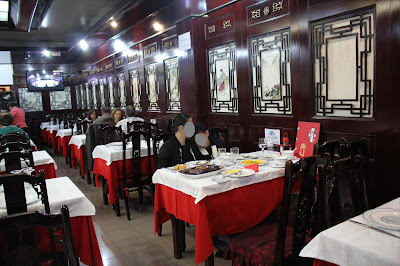 It was freezing cold during our first visit to the restaurant
and the Sopa de Ninho de Andorinha or Bird’s Nest  Soup
was perfect for the chilly weather. It was thick and delicious.
It had a generous amount of the bits and pieces of the chewy
and delightfully gooey ingredient that apparently came from
coagulated remnants of  tropical birds’ salivary excretions
taken from their abandoned nests in some tropical countries. 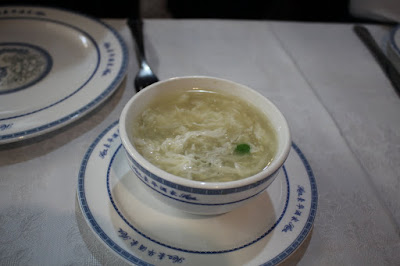 The Gambas con Clementinas e Lichias or just simply
Prawns with Tangerine and Lychees in English was divine.
It was a variation of our favorite sweet in sour dish where
the sour part was more of a pleasantly tangy sensation
while the sweet is that of a delicious  sharp fruity variant. 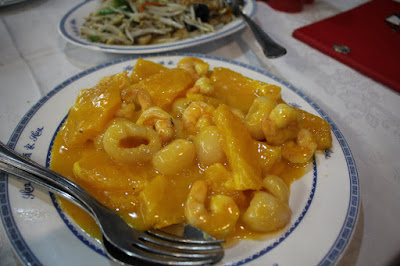 We all loved the Combinade de Legumes or Mixed Vegetables
and it is probably the best tasting vegetable dish that we ever
tasted in out lifetime. There was an abundance of young bamboo
shoots slimy, rat ear mushrooms, carrots, green peppers and
some of the crispiest, crunchiest and freshest mongo sprouts. 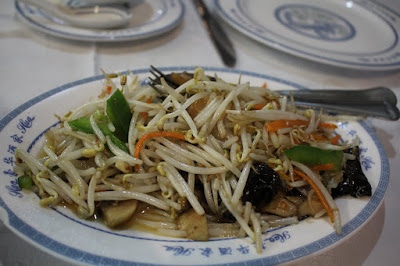 The Pato de Chapa Quente or Duck in Hotplate
was also very delicious. A perfectly fried duck,
very crunchy on the outside and juicy inside, served
sizzling in a hot plate and bathed with savory sauce. 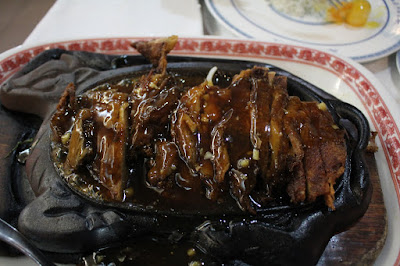 The waitress served this odd looking pastry on the table
next to us and we learned that it was a Chinese Bread.
We ordered one out of curiosity. It was actually a neutral
tasting fried dough, crispy outside and velvety moist inside.
It had lots creases on the surface that my son called it Popeye
bread, as it actually resembled the popular cartoon character. 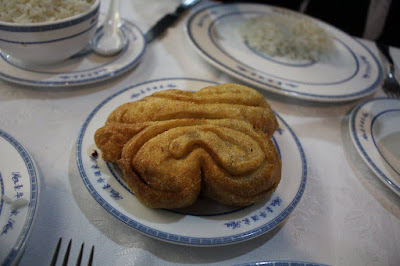 Our second visit to Hao Hua was on our penultimate day
in Lisbon where we had dinner after visiting the zoo. 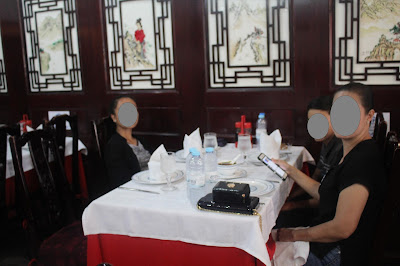 The dark colored Sopa de Van Tan or Won Ton Soup
had generous amount of rat ear mushrooms that made
the soup thick and deliciously slimy. The wonton in this
soup was made of neutral tasting, flat, sticky dough, as
compared to the wontons found in the Philippines that are
folded like a pouch and had either seafood or meat filling. 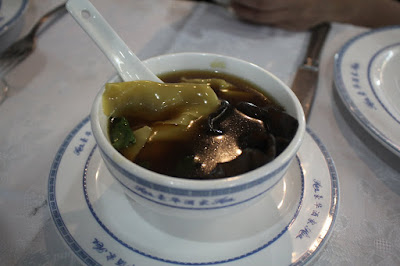 I believe Chap Soy de Gambas or Prawn Chap Soy,
is probably the best dish in this restaurant. The mongo
bean sprouts were very fresh and crunchy and there was
a generous amount of prawns spiced with green pepper. 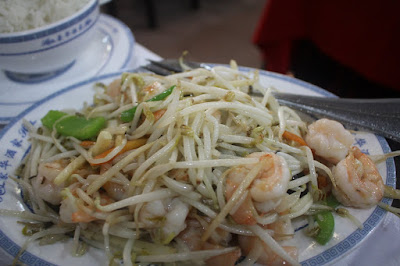 The Bambu e Cogumelos Salteados or the
Sauteed Bamboo Shoots and Mushrooms was
so delicious. This is a must try and must order
dish for anyone dining in this restaurant. 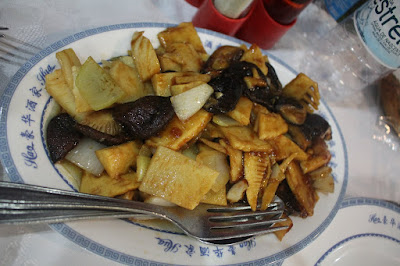 Of course, a dinner in a Chinese restaurant is never
complete without having a sweet and sour dish and
their Porco Agridoce or the Sweet and Sour Pork
was one of the best versions that we have ever tasted 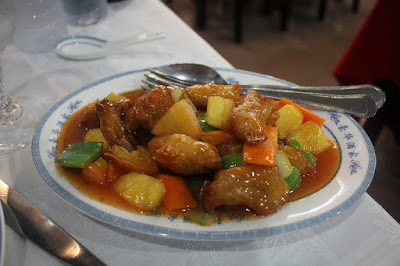 Altough on would be tempted to order the various fried
rice varieties offered in this restaurant, but I believe, the
Arroz Branco or the plain and simple White Rice would
serve as was an awesome neutral side dish to what seem
to be the most delicious Chinese dishes in the world. 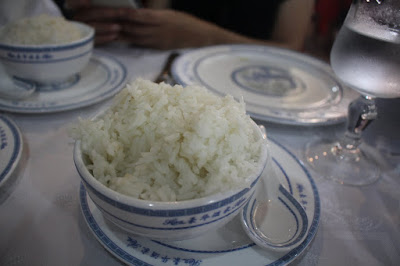 Just like in Paris when we had a Chinese Restaurant
located next to our hotel, we were also fortunate of having
Hao Hua as our enxt door neighbor as it provided my
family delicious Asian dishes during our stay in Lisbon.

Posted by Ramon Caceres at 6:32 AM