The hotel’s breakfast buffet was already closed
as we woke up late on our second day in Lisbon.
We will be visiting the city’s old Belem District,
so when we arrived at the Cais do Sodre station,
we scouted for a  restaurant where we could eat. 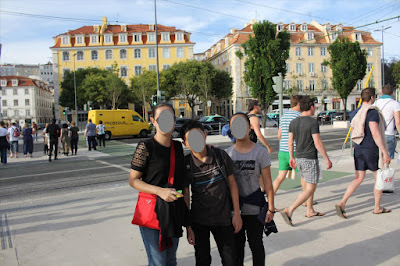 The commotion at A Padaria Portugueza
caught our attention, so we decided to dine
there, as we knew with the huge crowd it was
attracting, it must be offering something good. 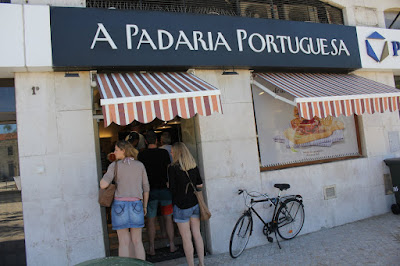 Surprisingly, there were a lot of vacant seats
inside despite the long queue at the counter. 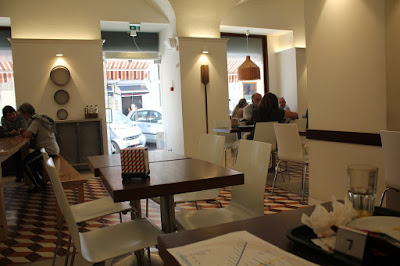 We later learned that most of the costumers
here are the busy working class rushing for
work and would order their breakfast to go. One would be tempted to order at the pre- cooked
goodies displayed on a glass encased counter, 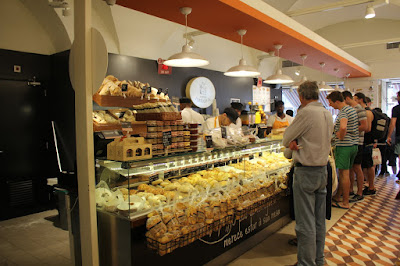 …but for non- Portuguese speaking tourists like us,
it would be easier just to point out what you want  from
the several meal deal packages displayed on the wall. 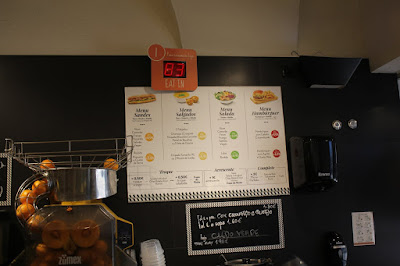 My wife and son decided to order Menu Salgados, 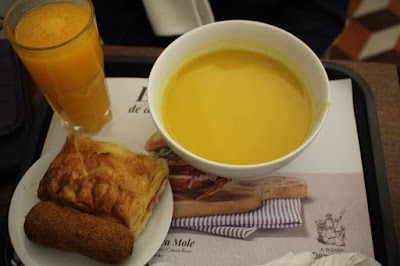 …that offered a delicious hot bowl of pumpkin soup, 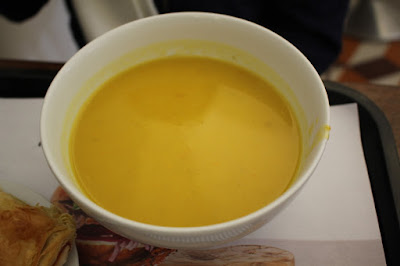 …my son chose a tasty Croquette,
while my wife had Pastel de Bacalhau. 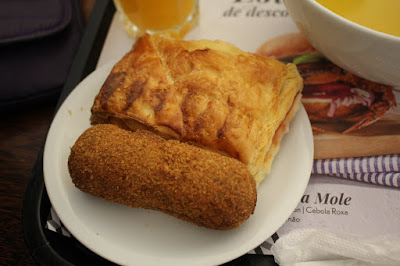 My daughter chose Menu Hamburguer, which came
as a huge tasty hamburger set in a creamy yet firm bun,
and served with a generous mound of crunchy potato chips. 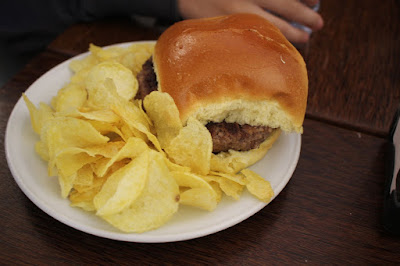 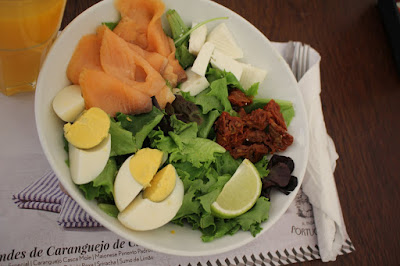 All the set meals came with orange juice, 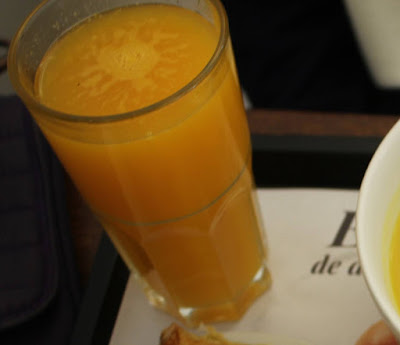 …freshly squeezed from an awesome juicer at the counter. 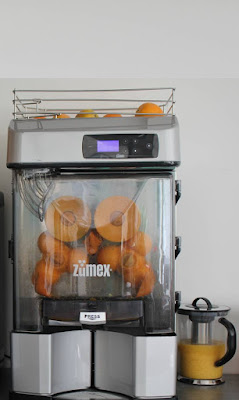 A Padaria Portugueza which literally translates to the
Portuguese Baker is a wonderful restaurant that serves
superb breakfast to jumpstart an awesome day in Lisbon.

Posted by Ramon Caceres at 7:03 PM