We were on our way to visit the Se de Lisboa,
or the Lisbon Cathedral when we mistook the
Igreja da Magdalena for the popular church. 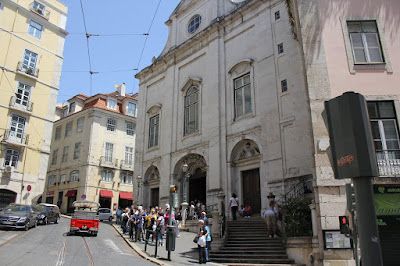 I had a guidebook on hand and began suspecting
that we were in the wrong place as what I was
reading did not match what we are seeing . 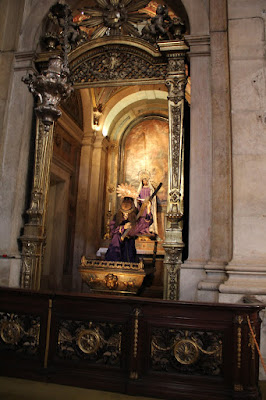 There were a lot of Filipinos in the
as there was a christening going on, 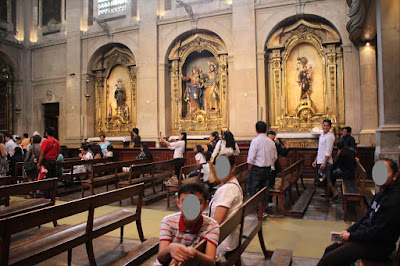 ..and I asked one of them if this is the Lisbon Se,
it’s the Mary Magdalene Church was the answer. 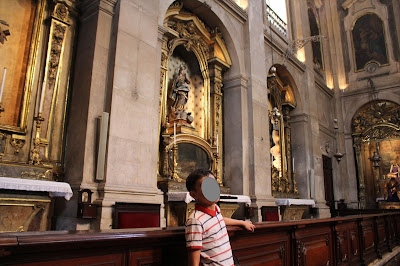 There is not much information about this church
that was apparently built between 1150 or 1164,
by the first Portuguese king, D. Afonso Henriques. 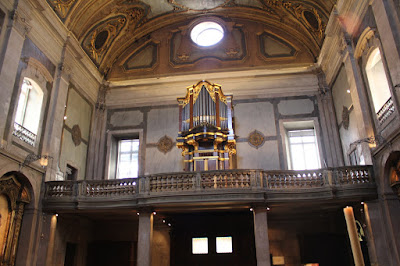 The church interiors are made
of marble, golden carved wood, 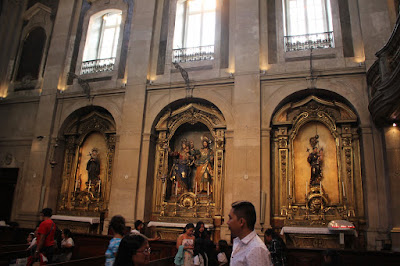 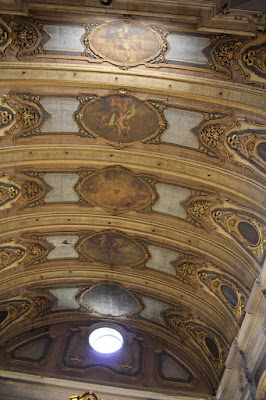 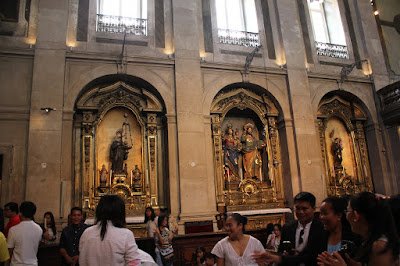 The beautiful neo-manueline Portal is considered
as a National Monument, and apparently a part of
the ancient Conceição dos Freires Church, that got
completely destroyed with the big 1775 earthquake. 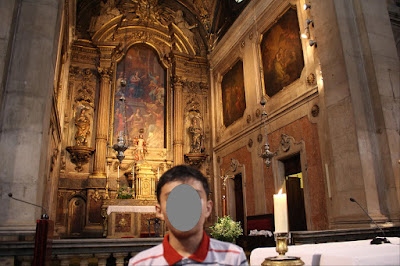 Despite being situated at the historical centre of Lisbon,
the Igreja da Magdalena has not been a popular tourist
destination and we were fortunate to stumbled on it- 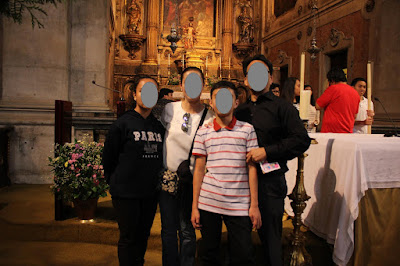 ...when we mistook the Mary Magdalene Church
for the popular Lisbon Se where we were headed.

Posted by Ramon Caceres at 1:04 AM