Basilque du Sacré-Cœur and the Mortmantre: The Rustic Side of Paris (I Love Paris Series 9) 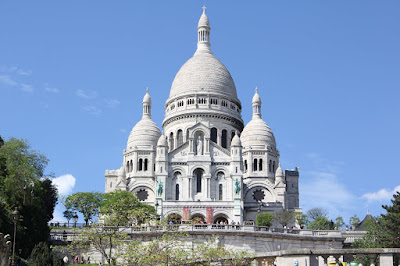 A popular landmark, it is located at the summit of
the butte Montmartre, the highest point in the city. 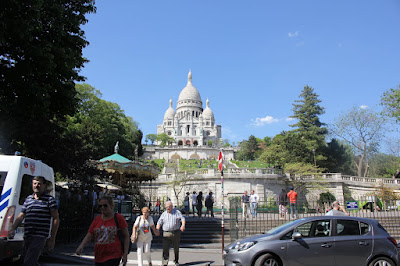 The Sacré-Cœur Basilica is made of travertine stone and
was built in  1875 of Romano-Byzantine architecture. 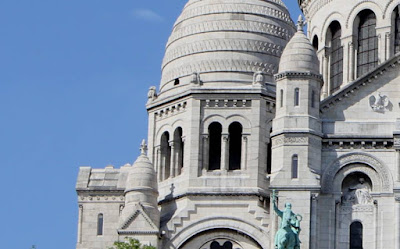 Photography and video recording are not allowed inside the basilica,
but tourists can climb to the top of the dome at the south of the
basilica and offers a spectacular view of the  city of Paris. 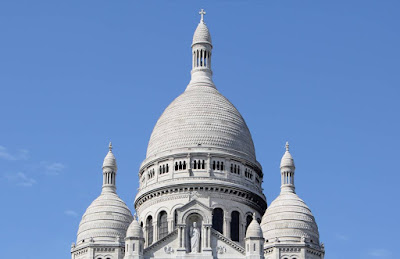 Montmartre is a large hill in Paris that is officially
designated  as a historic district, primarily known
for the white-domed the Basilque du Sacré-Cœur,
but the whole area is also a popular tourist destination. 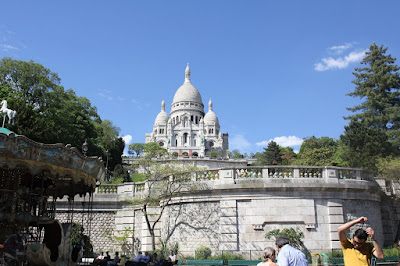 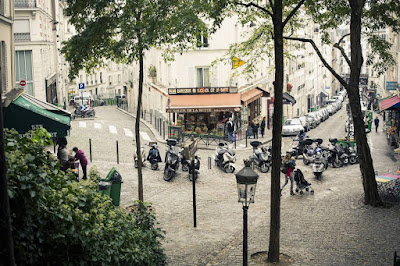 It is considered as artists haven as Montmartre
has been the favorite hub of artists during the
Belle Époque from Salvador Dali, Claude Monet,
Pablo Picasso and Vincent Van Gogh to name a few. 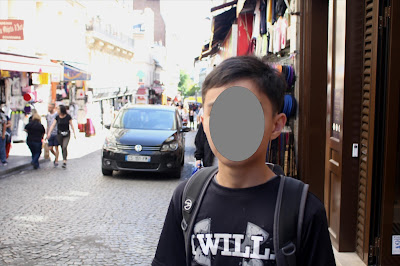 Downhill is the red- light district where the
cabarets and Moulin Rouge are located. 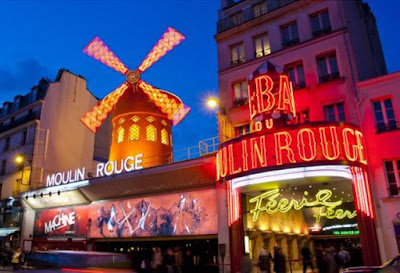 The cobblestone streets leading to the Sacre Coeur is
lined with various stores, restaurants, and souvenir shops. 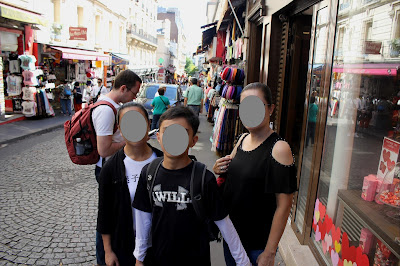 This is where we discovered the
La Petit Musee du Chocolat, 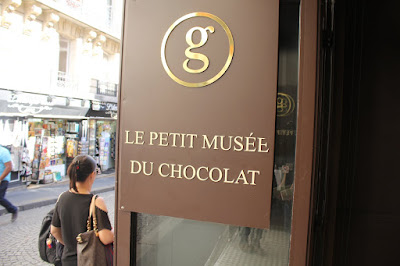 ...a chocolate and pastry shop, 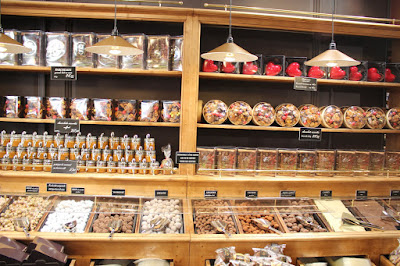 …that sells a wide array of
specialty chocolate products, 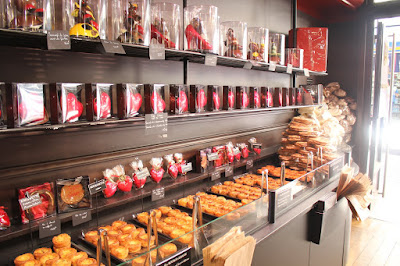 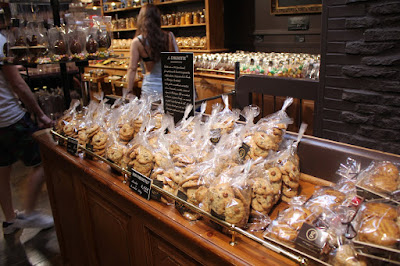 ....and also an  excellent  source of
the popular Parisian Macaroons. 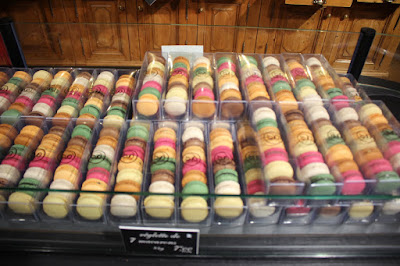 The centerpiece of the store is the miniature model
of Notre Dame Cathedral made of chocolate slabs. 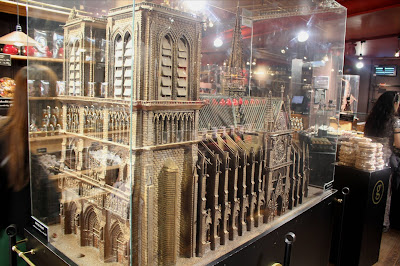 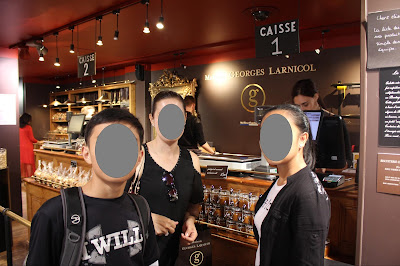 …and provides an addicting sugar rush to anyone visiting
the Basilque du Sacré-Cœur and the rustic Mortmantre.