My family dined for the very first time at the East End Taverna
in Magsaysay, and little did we know that we were in for a very
pleasant culinary experience. It was a modestly small restaurant,
with bare but tidy interiors and it doesn’t even have a signage yet. 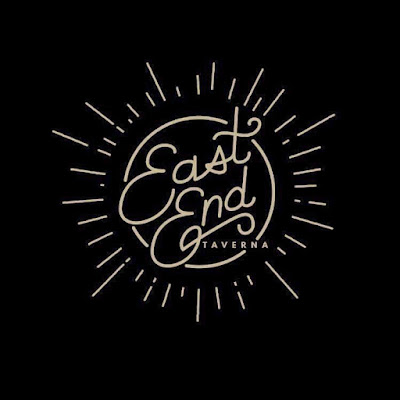 We were also delightfully amused by the courteous and friendly
tattooed guy in board shorts  (whom I believe, was the owner),
who spoke in pure colloquial Bicol, who calls their food offerings
‘chibog’ and calls rice in a naturally beautiful untainted ‘maluto’. 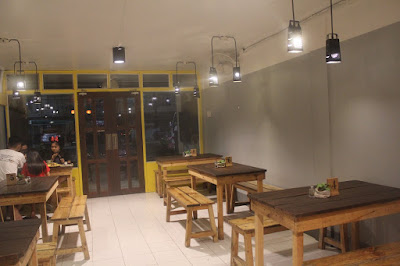 If only our president (Duterte) could talk and behave the way this guy does,
‘astig’ in his usual, yet polished street- slang language, without being foul-
mouthed, he could be admirable and could unite our deeply divided nation. 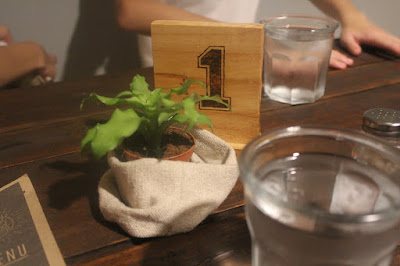 I asked him what the restaurant concept was, he answered in
an impeccable Bicol “European- Mediterranean pig timpla mi
po sa pangmanit kan Pinoy”. This guy is cool. Je me regale.
Pardon my sudden outbursts in French as the 'chibog' here
was so 'est  très bon' and deserves nothing but praises
spoken in a language from the culinary capital of the world. 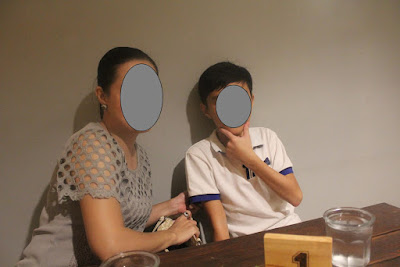 We started our ‘chibog’ with Prawn Salsa Rosa,
a delicious appetizer. ‘La présentation est magnifique’
The prawns were bathed in a tasty pinkish sauce,
lying in a bed of vegetables, decorated with cherry
tomatoes and served in a dainty wineglass- like dish. 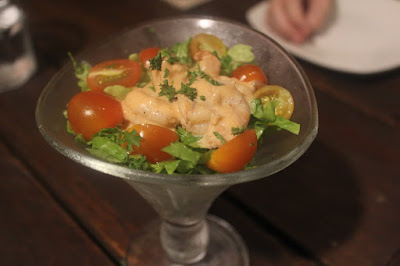 We enjoyed the our next ‘chibog’, the Mediterranean Salad.
Les légumes sont bien croquants, l’assaisonnement est parfait
and had the right sweetish- tangy that Filipinos would appreciate. 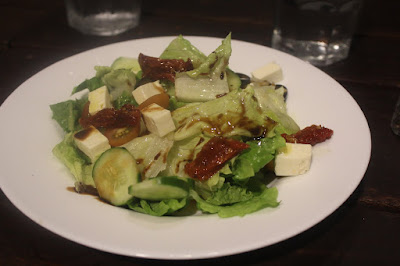 The Weekday Porchetta is the right ‘chibog’ for lechon
loving Pinoys. La viande est très bien cuite, et tendre in the
inside and yet the skin was crunchy like a native ‘chicharon’. 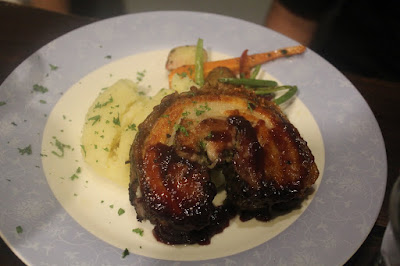 Same thing is true with the Australian Sirloin Steak.
It was a perfectly cooked, succulent medium rare steak,
J’en ai l’eau à la bouche by just looking all the tasty
juices oozing out of the beautifully done, beef steak. 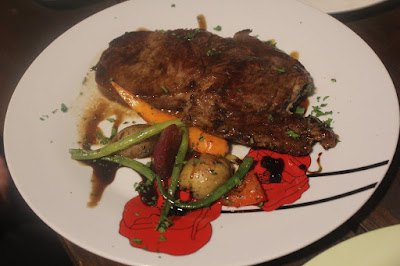 The Double Cut Pork Chop was also perfectly cooked
just like the other meat dishes. C’est fameux, using pinoy
taste- friendly spices that a true blue Bicolano would blurt
out with “ abang siram ” expression. But this dish tastes so
c’est vraiment très bon, a perfect fusion of Western/European
and Filipino cuisine, that it deserves a more classy- Miam!. 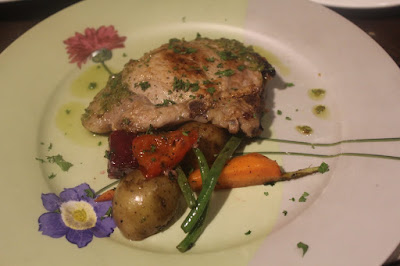 C’est délicieux is the only way to describe the Chicken Parmesan,
as ‘masiramon’ would be an understatement. This fusion dish of
European/ Mediterranean origin may be foreign to the Bicolano palate
but is something that we could adapt easily as it is tasty yet healthy. 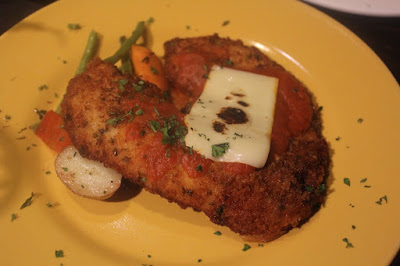 We were tempted to order Fussili with Market Vegetables  ,
as it smelled so good and comme la présentation est belle,
when we saw the dish being served on the table next to us.
We were right, It tasted just as good as it looked and smelled. 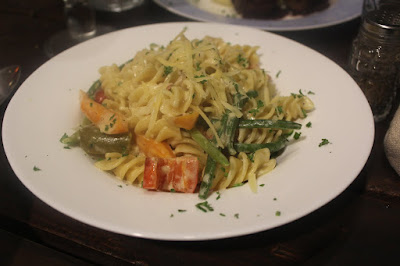 We concluded our hearty ‘chibog’ with some of the most delicious
desserts available in the city. The heavenly Dulce de Leche Pancake,
a fusion of French Crepe where they used two hot pancakes, bathed
with creamy caramel sauce and topped with vanilla ice cream. 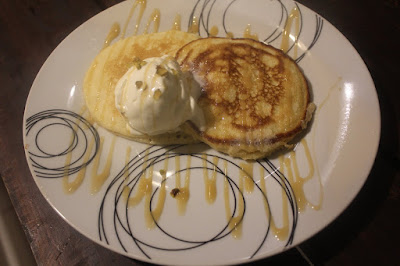 Another divine dessert was the très fin Crème Brulee.
It was a soft custard, topped with flaked caramel. It tasted
like our native ‘Leche Flan’ but creamier and less sweeter. 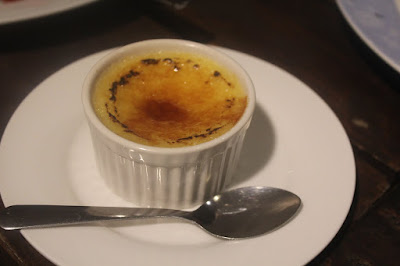 East End Taverna, Magsaysay dished out some of the
most delicious European cuisine on our own Pinoy table with
bangko seats, without the  tedious fine dining formality. 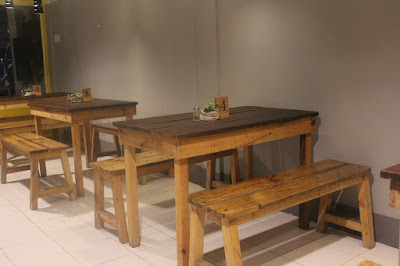 Diners may decide between our very own humble ‘Maluto’  or a
more sophisticated ‘Purée De Pommes De Terre’, but whichever
you choose, ‘Chibog Est Très Délicieux’ in East End Taverna