It took us a while to return to Naga Oriental Wok, 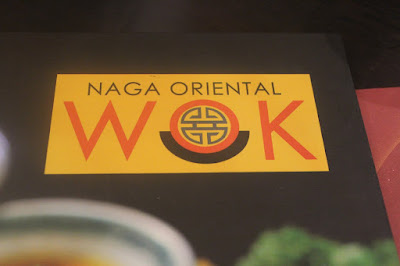 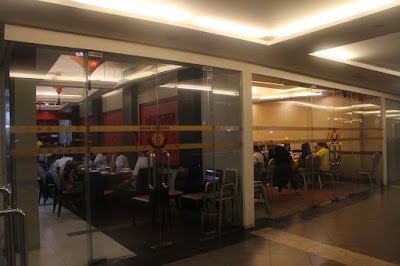 …and during our last dine out with our employees,
we were unanimous in choosing this popular Chinese
restaurant in Avenue Square for our group dinner. 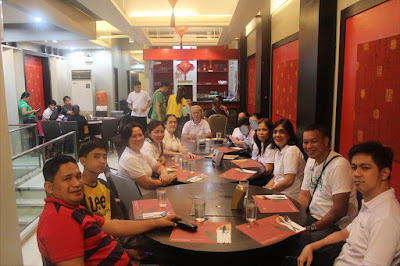 We chose Shark’s Fin Soup for our soup starter.
We all loved it as it had a generous amount of the
chewy yet glutinous ingredient coming from real
shark fins making the soup very thick and savory. 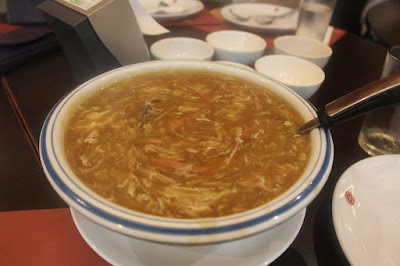 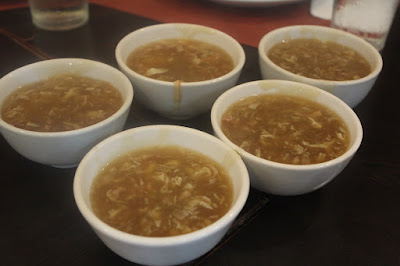 We also had a Chinese style Beef Steak. The way
it was cooked was very similar to the Pinoy Bistek,
this one was less saltier and used lesser soy sauce.
Otherwise, both versions compared, tasted very good. 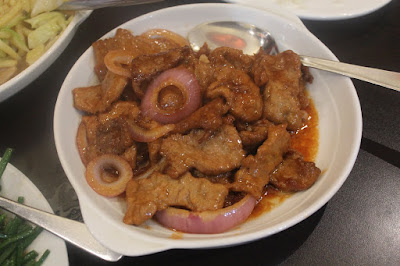 Everybody loved the Patatim. The pork flesh was very tender
that it falls off from the bone. It also had the melt in the mouth
consistency that you wouldn’t tell the difference if your eating
the lean meat or the fatty parts. They added generous amount
of fresh vegetables, maybe in a futile attempt to make the dish
healthier but did not help at all, and even made it deliciously deadly. 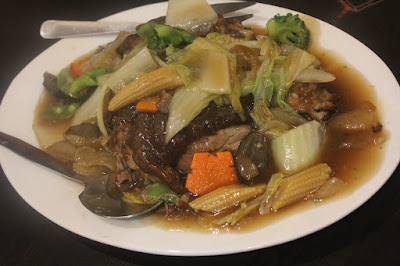 The Cindy’s Chicken was also very delicious ad addicting.
The chicken was coated in tasty breading, deep fried and later
bathed with a thick, sweetish and delightfully garlicky sauce. 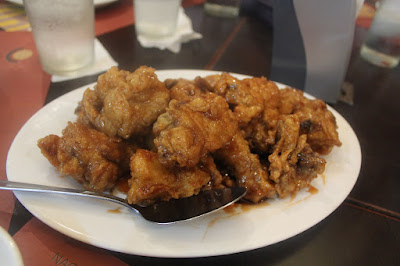 Kuchai Tips with Shrimps was a revelation.
We randomly picked up this vegetable dish
in the menu out of curiosity as nobody knew
what kuchai means. It turned out to be made
of Chinese leeks flavored with  tasty shrimps. 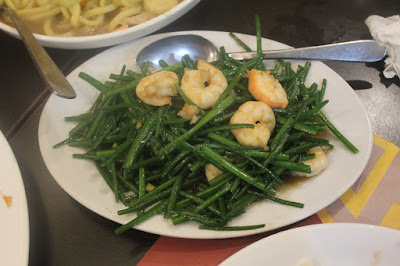 The Sweet and Sour Lapu Lapu was everybody’s favorite.
The huge fish was initially fried to perfection as it was crispy
outside and yet very moist and tender inside, then bathed with
savory sweet and sour sauce interspersed with crunchy veggies, 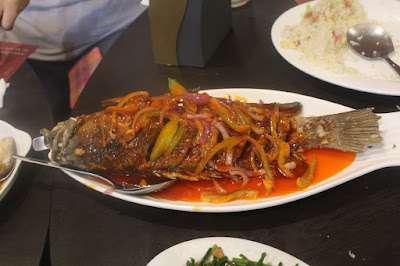 It is also out of curiosity that we ordered Chami Noodles.
I asked the waiter what it was, he explained that it is similar
to Pancit Canton, but with bigger and wider noodles. Indeed
it tasted just like one, but the chami variety was more briny,
the gooey noodles were longer and fatter but just as tasty. 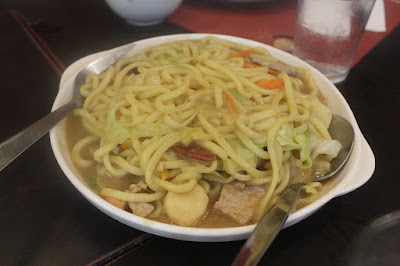 The delicious Yang Chow Rice was a meal of its own,
but still went well with all the Chinese dishes served. 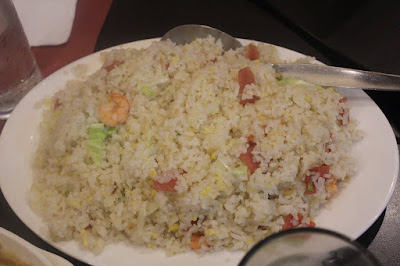 The servings here are huge, and the
food was served in gigantic platters, 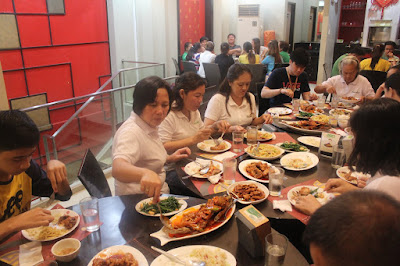 ...everyone ate silently and nothing could be heard but the tinkling sound
of the spoon,  fork, and the dinner plate. Everyone was preoccupied
of the massive buffet of delicious Chinese dishes  on the table, that
we all gobbled up every morsel, every bit and pieces of food served. 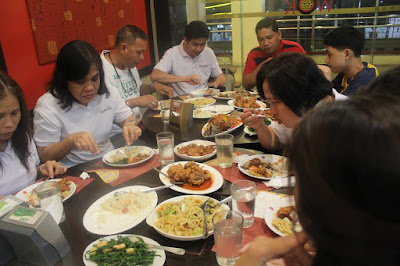 Literally, the phrase ‘sarap to the bones’ is
not exclusive to a fried chicken restaurant, 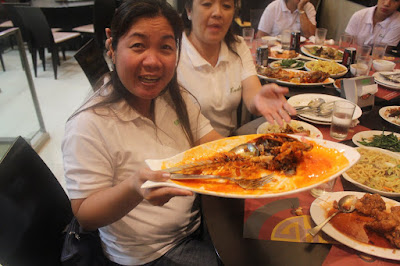 …but just as true in  Naga Oriental Wok.