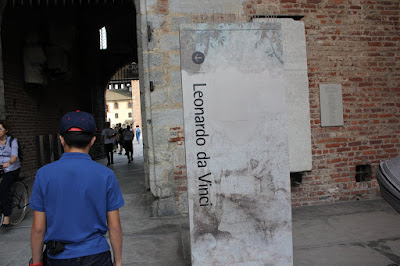 ,,,is where of  one of the greatest works
of art by Leonardo da Vinci is found. 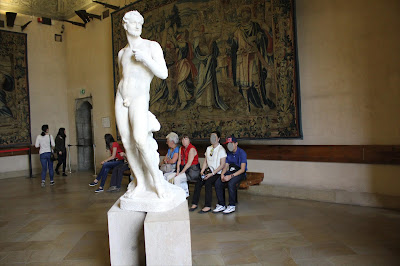 Dating back from 1498 the great Leonardo da Vinci.
painted the Sala delle Asse ceiling with "intertwining
plants with fruits and monochromes of roots and rocks" 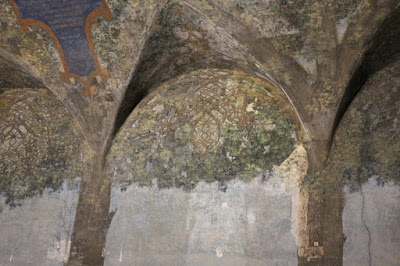 A painting done in tempera on plaster,
a method of painting with pigments dispersed
in an emulsion of miscible egg yolk with water. 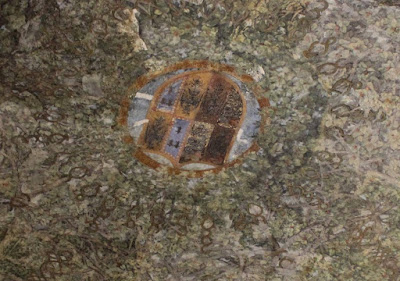 A medieval method for fine painting
from the 12th century until the 15th,
when it began to give way to oils. 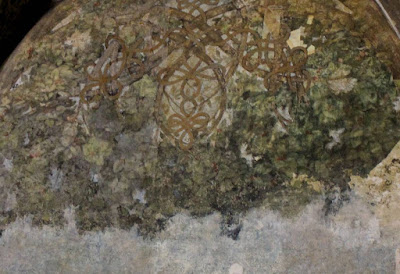 That mural was already restored several times, and
rhe much somber colors that visitors can see today was
that o1950s restoration, as bright colors did not seem to
fit Leonardo da Vinci's style done on earlier restorations. 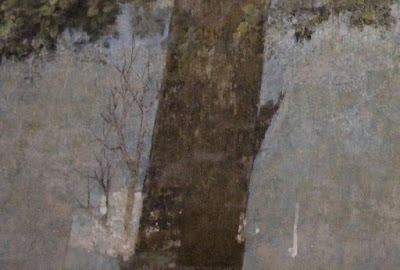 In 2012, a new restoration started
to block deterioration by humidity. 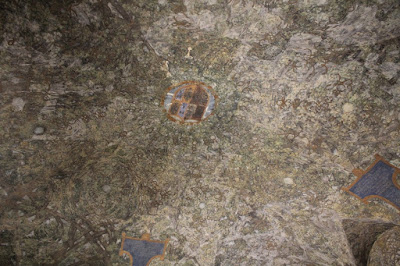 This ceiling mural is considered one of the greatest
legacies of the genius that is Leonardo da Vinci and
a not be missed attraction at  the CastelloSforzesco.