On our way to Europark, we stumbled
upon the Five Days of  Monument- 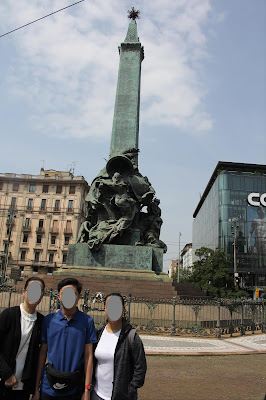 ...or what the locals call
“Cinque giornate di Milano”. 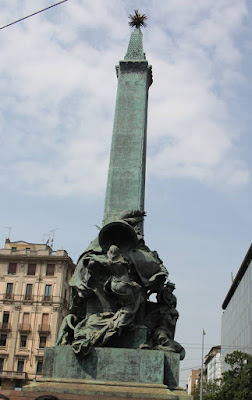 This monument commemorates the street
fighting during an anti- Austrian campaign. 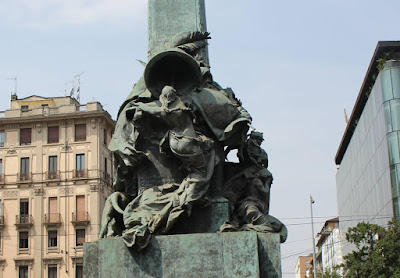 …that drove the Austrian soldiers from after
being confined in the barracks for five days to avoid
being mugged and pelted with stones by the angry crowd. 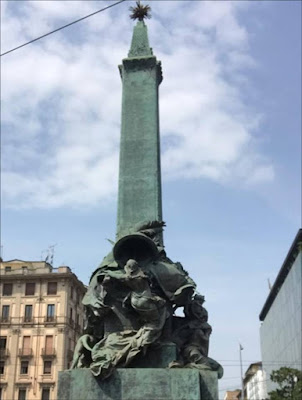 The “Cinque giornate di Milano” is considered
a major event in the Revolutionary Year of 1848.