The Best Museum Abroad: The Best of Stay, Stray, Play and Feast

Next to theme parks, museums are a must visit
whenever we travel in the country and abroad. 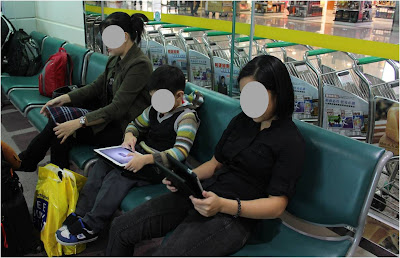 We have been so many museums outside the country
and some of the best conglomeration of kids' friendly
museums are the The National  Mall in Washington D.C.

New York and Boston are also home to some
of the most wonderful museums in the world. 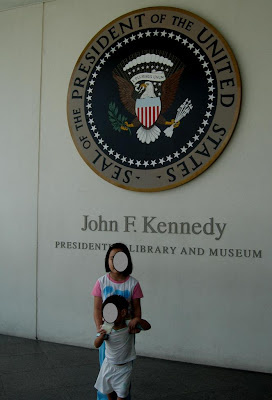 Paris, France is where one of the greatest museums
in the world is found- the Louvre, that houses hundreds
of art works done by some of the world’s greatest artists. 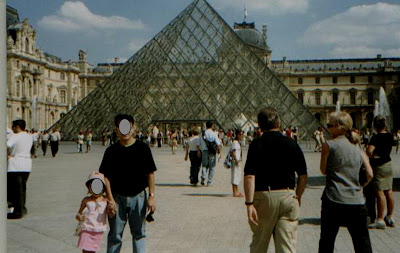 It is also home to breathtaking Versailles
that showcases the excesses of Marie-Antoinette,
Austrian princess and wife of Louis XVI, 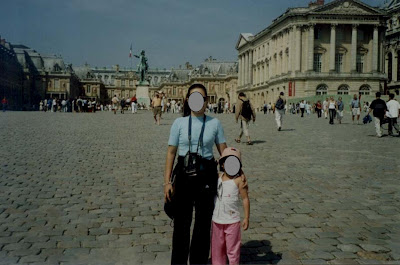 ....the most fascinating  figure in the history of Versailles
that attracted the scorn of public that led to her
tragic beheading  during the French Revolution. 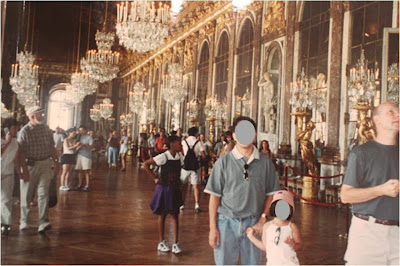 How can one ever forget the largest archaeological museum
in Greece? The great Greek Archeological Museum,
one of the most important museums in the world
that houses  thousands of priceless  ancient Greek art. 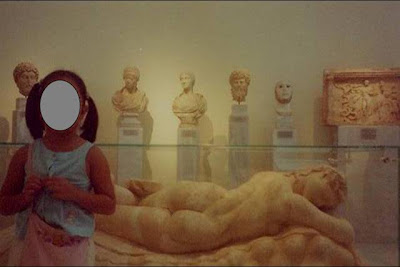 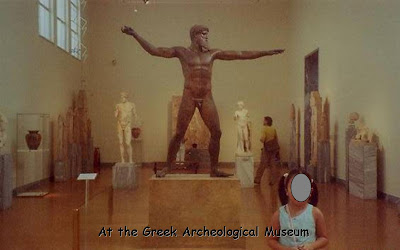 Berlin has its own Museum Island that hosts
about five magnificent museums and it's worth
mentioning  Pergamon Museum that houses original-sized,
reconstructed monumental buildings of the Pergamon Altar 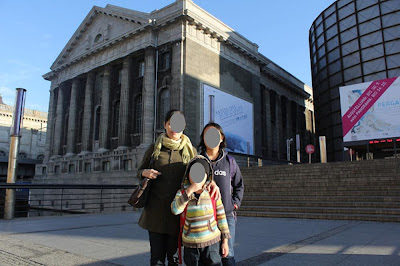 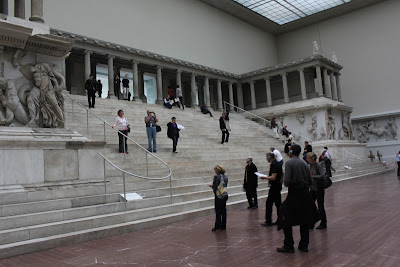 …and the Marker Gate of Miletus, excavated
and transported  from Turkey and painstakingly
rebuilt piece by piece in Pergamon Museum. 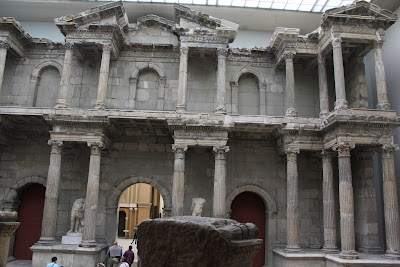 Another famous museum in Berlin’s Museum Island
is the Neues Museum ("New Museum")
that houses ancient Egyptian artifacts including
the burial chamber of Queen Nefertiti. 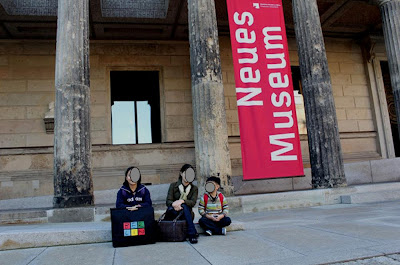 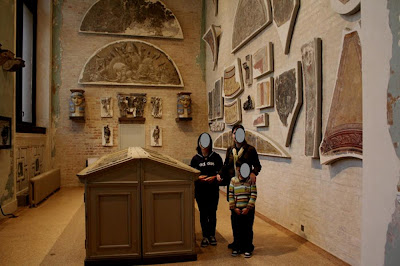 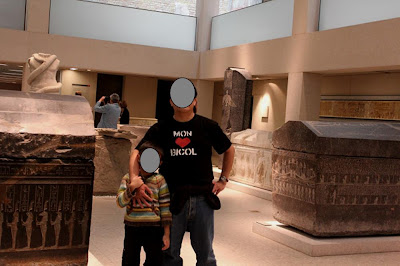 The Vietnam War Museum in Ho Chi Minh City
gave us a glmpse of the dreaded Vietnam War
on the Vietnamese people's standpoint. 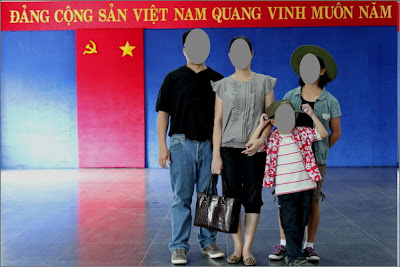 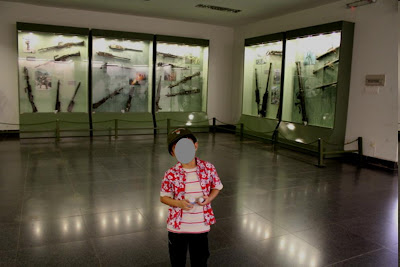 There are still other celebrated museums
that we have visited in other countries
but the one that gave us an unforgettable
a poignant emotional impact
was the Anne Frank House in Amsterdam. 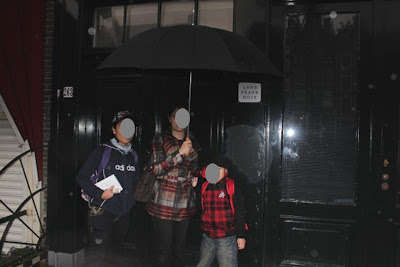 No photography was allowed inside the
museum so I’m borrowing most of the
museums photos from their webpage. 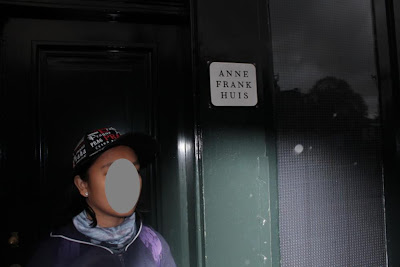 The Anne Frank House located at the
Prinsengracht Canal in Amsterdam, 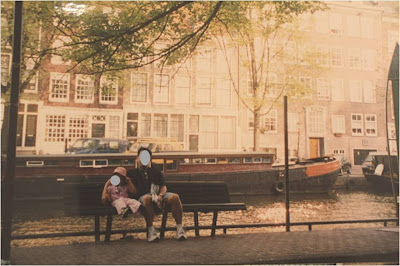 ...is a museum dedicated to a teenage
Jewish  girl, who hid with her family
from Nazi persecution, 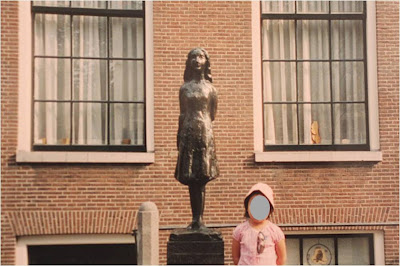 …and wrote her touching experiences
in hiding on her journal. 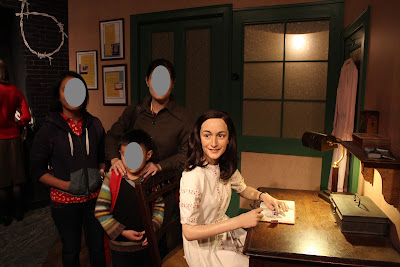 They hid in this house for more than two years
until someone is the household betrayed them
and tipped their hiding place to the Nazi.

They were arrested, and deported to their deaths
in concentration camps and only Otto Frank
the father, survived the war.

After the war, Otto Frank returned to Amsterdam,
and his faithful assistant Meip Geis gave him
Anne's diaries and journals, that was found
in the house after his family were captured. 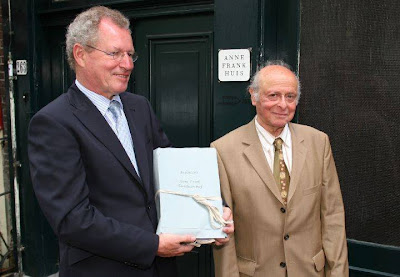 He subsequently compiled selections
into a book published in Dutch in 1947
that became the world’s best sellers of all time. 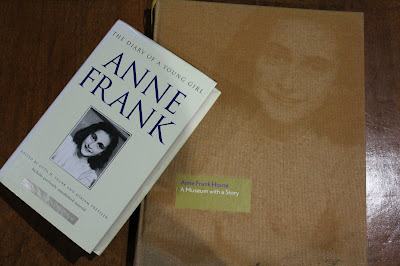 Visiting the Anne Frank House
is a heartbreaking experience,

…that leaves guests with a lump in the throat
after coming face to face- of the misery
brought about by a senseless and violent war. 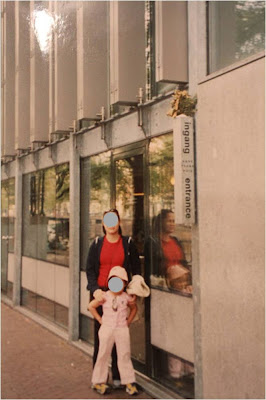 We first visited this museum when
my eldest daughter was about six years old
and we posed  at the museum entrance
and she pointed out what she thought
was a wrong spelling of Huis,
a Dutch term for House. 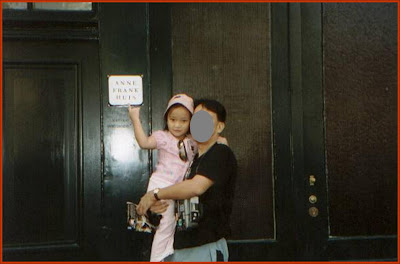 We returned about eight years later,
this time with my younger son Timothy
doing the same: Look  Pa Wrong Spelling 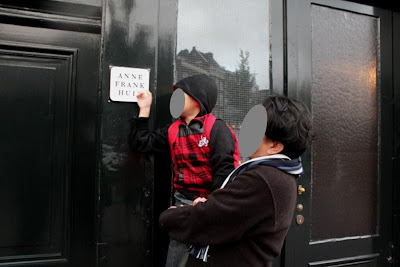 For Stay, Stray, Play and Feast, and based
on our personal experience-  Anne Frank Museum
is the  Best Museum Abroad


Read My Other Blogs on The Best of
Stay, Stray, Play and Feast Series

Posted by Ramon Caceres at 9:28 AM