It was almost midnight when we left the Lourdes’ Sanctuary
after we attended the evening procession and mass and most
of the restaurants at the Rue de Grotte were already closed. 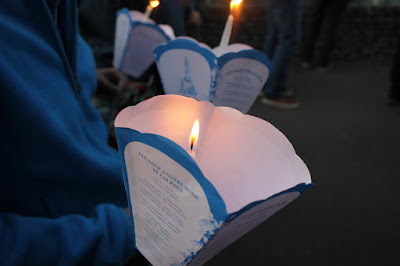 We spotted L’ Europeen at the far end of the road
to be the only restaurant at the strip with the lights
on and luckily it was still open so we dining there. 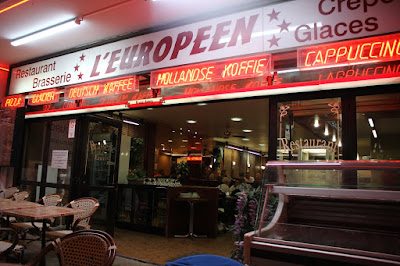 L’ Europeen offers European- Indian fusion cuisine
and we were glad that they offered rice in their menu. 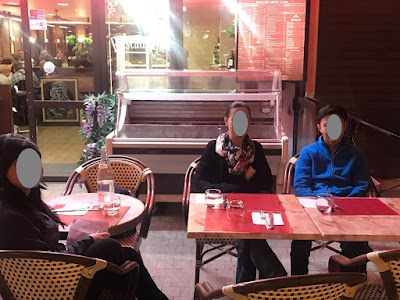 My son had a Paella and came in as a massive seafood paella.
We found the rice too moist. It did not have the prized layer of
‘socarrat’, the crusty caramelized paella rice at the bottom of the
dish  so we were a little disappointed. Otherwise it tasted good. 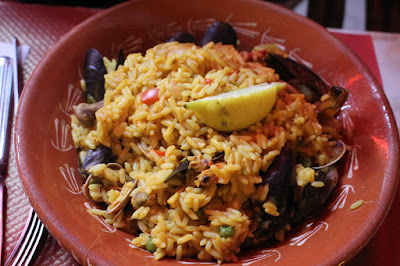 My wife was amused by the lethal sounding Poisson Entier
in the  menu as it. She was dead curious, so she ordered one.
It was a delight that it turned out to be a huge, succulent fish.
Fried to golden perfection and was also tasted very delicious. 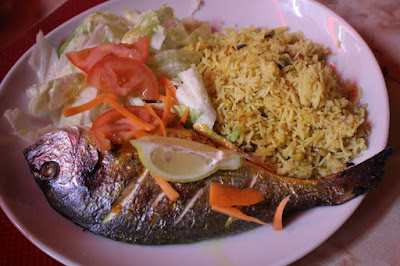 The Gambas Grilles was so good. The beautifully grilled
giant prawns were plump and juicy. It was served on top of
heavily herb- flavored yellow rice. It was very delicious that
I ate everything and I ended up with a really clean plate. 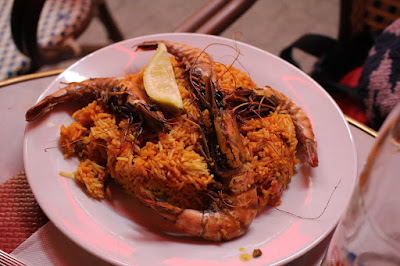 My daughter ordered a Biryani and she was served
a dish that exactly looked and tasted like my Gambas.
The only difference was the vegetable salad side dish. We were happy with L’ Europeen as the
food was delicious, the servings were huge,
the service was good and budget friendly.