On our way to the Lourdes Sanctuary, the sight of the beautiful
river that runs thru the Domain caught my family’s attention. 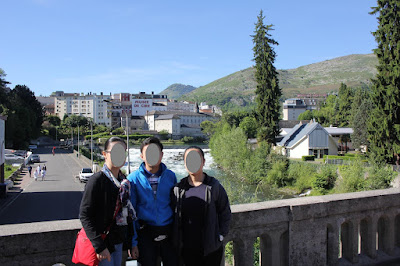 We later learned that it was the Ousse- 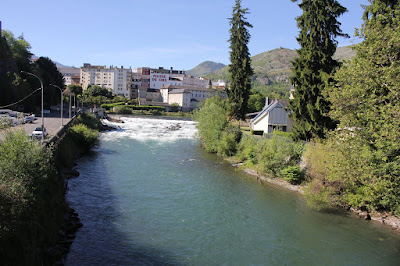 …a tributary of the Gave de Pau. 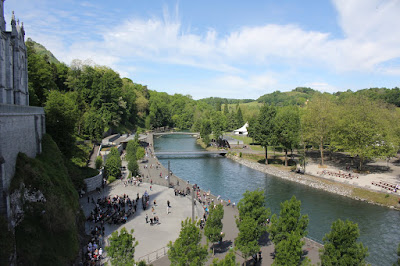 Gave de Pau is a river of south-western France
named after from the city Pau, through which it
flows from its source in the Pyrenees mountains. 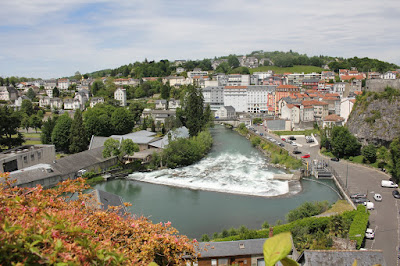 The Ousse river was so clear, 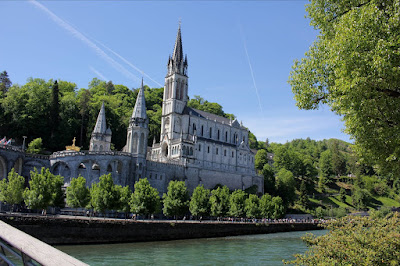 ... we could see the smoothness of the rocks underneath
and it amazed us, as we have never seen a river this
pristine in any urban centers in the Philippines. 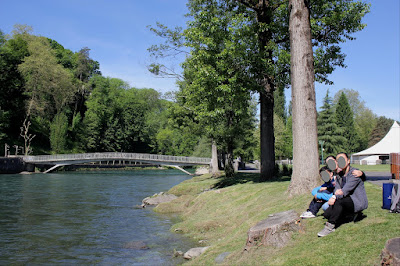 My daughter got tempted to descend on its grassy
slope, gently inclining into the clean sandy bank- 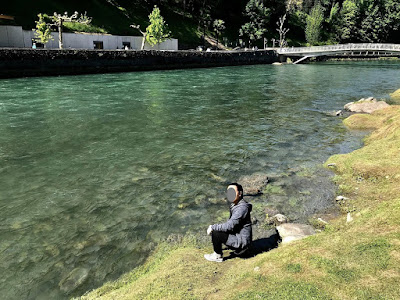 …and  took a draft of the cool water in a cup of her hands
and commented; “it’s so cold and so clean you can drink it.” 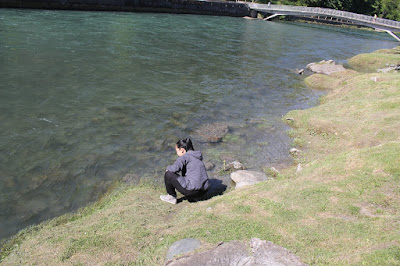 The city of Lourdes reminds me so much of Naga City,  the
city  where we came from. Just like Lourdes, it is also a
pilgrim city  where the Lady of Penafrancia is found. 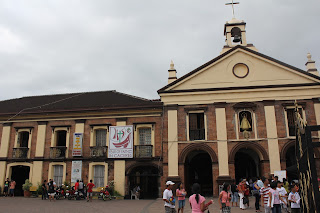 It is considered as the largest Marian devotion in Asia. 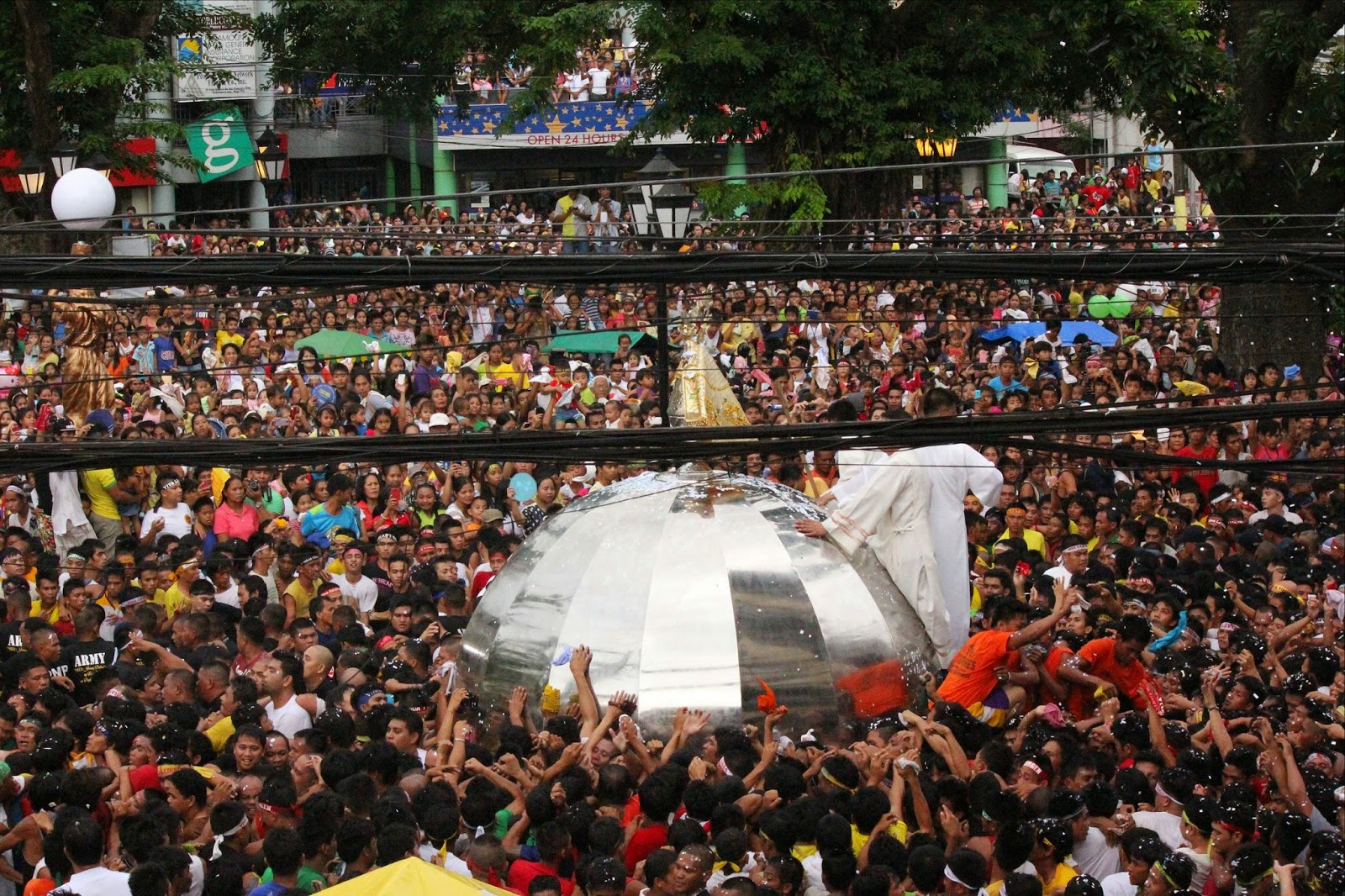 Just like Lourdes, a river also runs thru it.
The Naga River, a tributary of the Bicol River
plays an important role in the Marian pilgrimage
being the site of the Penafrancia fluvial procession. 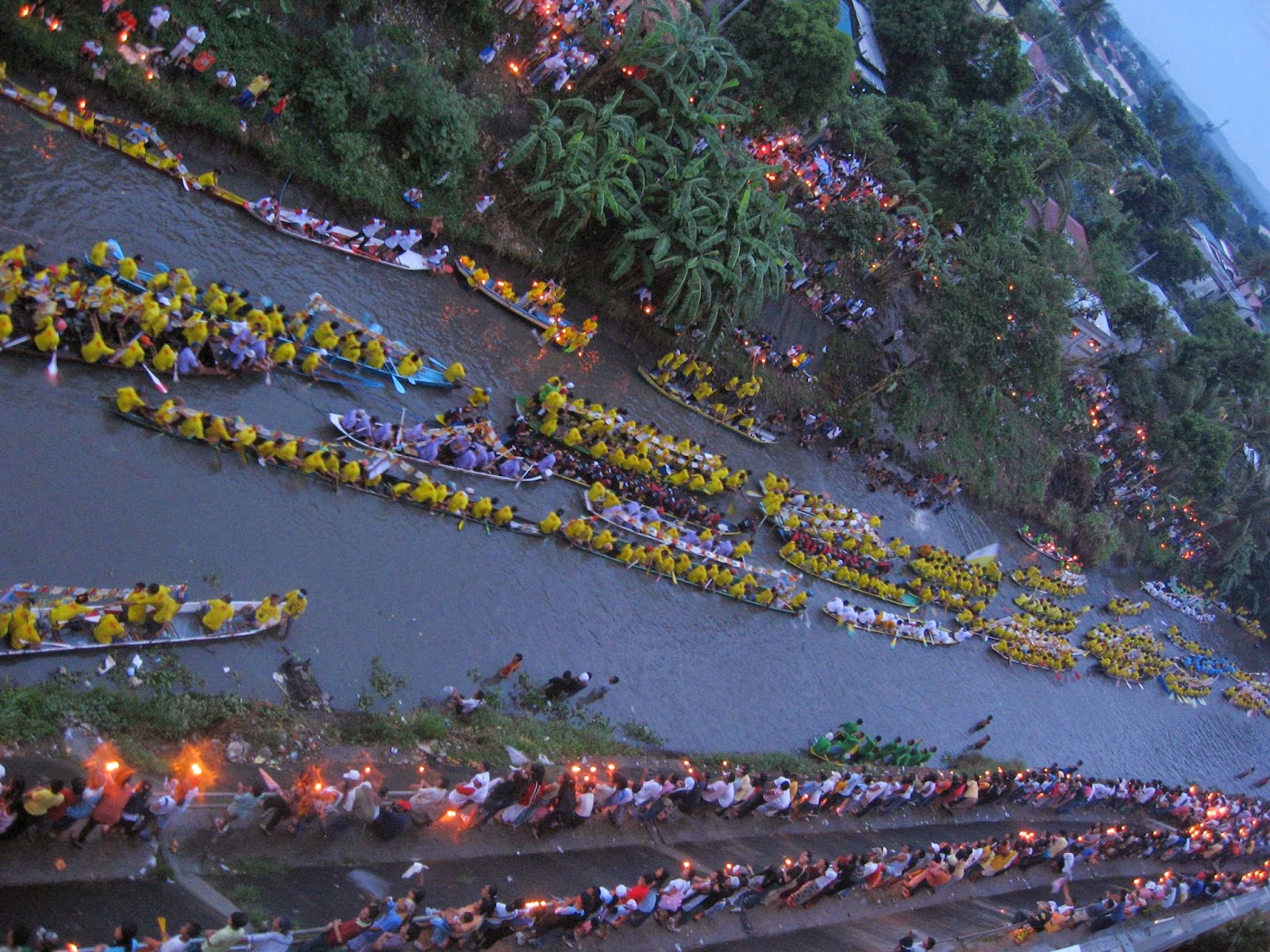 Unlike the pristine Ousse, Naga River is murky and polluted.
The plant life is dead, there are no more fish, and even if there
were it wouldn't be wise to eat them. For decades, people
treated  the river like  it was a sewer and a dumping ground. 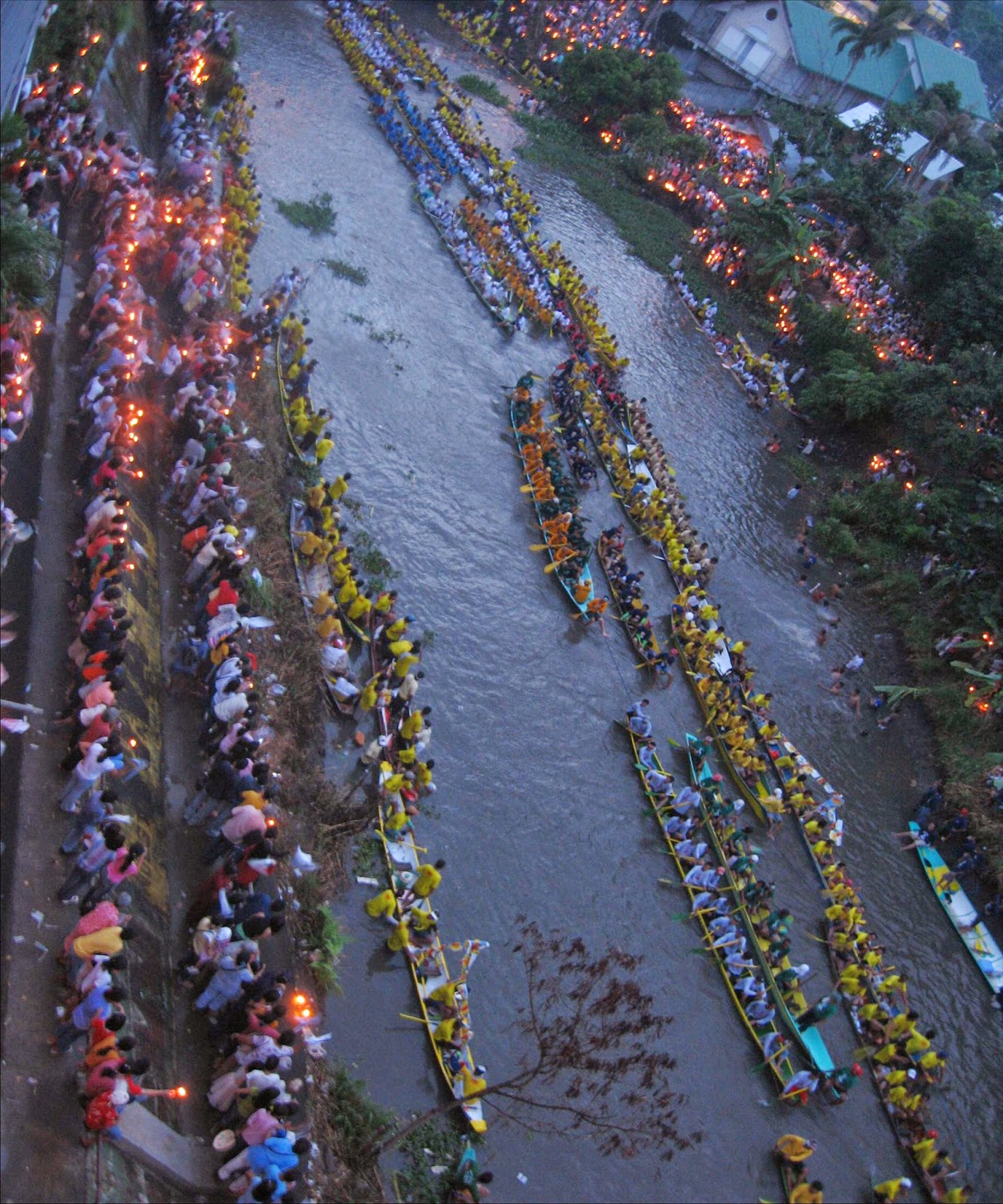 It is a dead river and the only time it becomes alive
is during the annual Penafrancia fluvial procession. 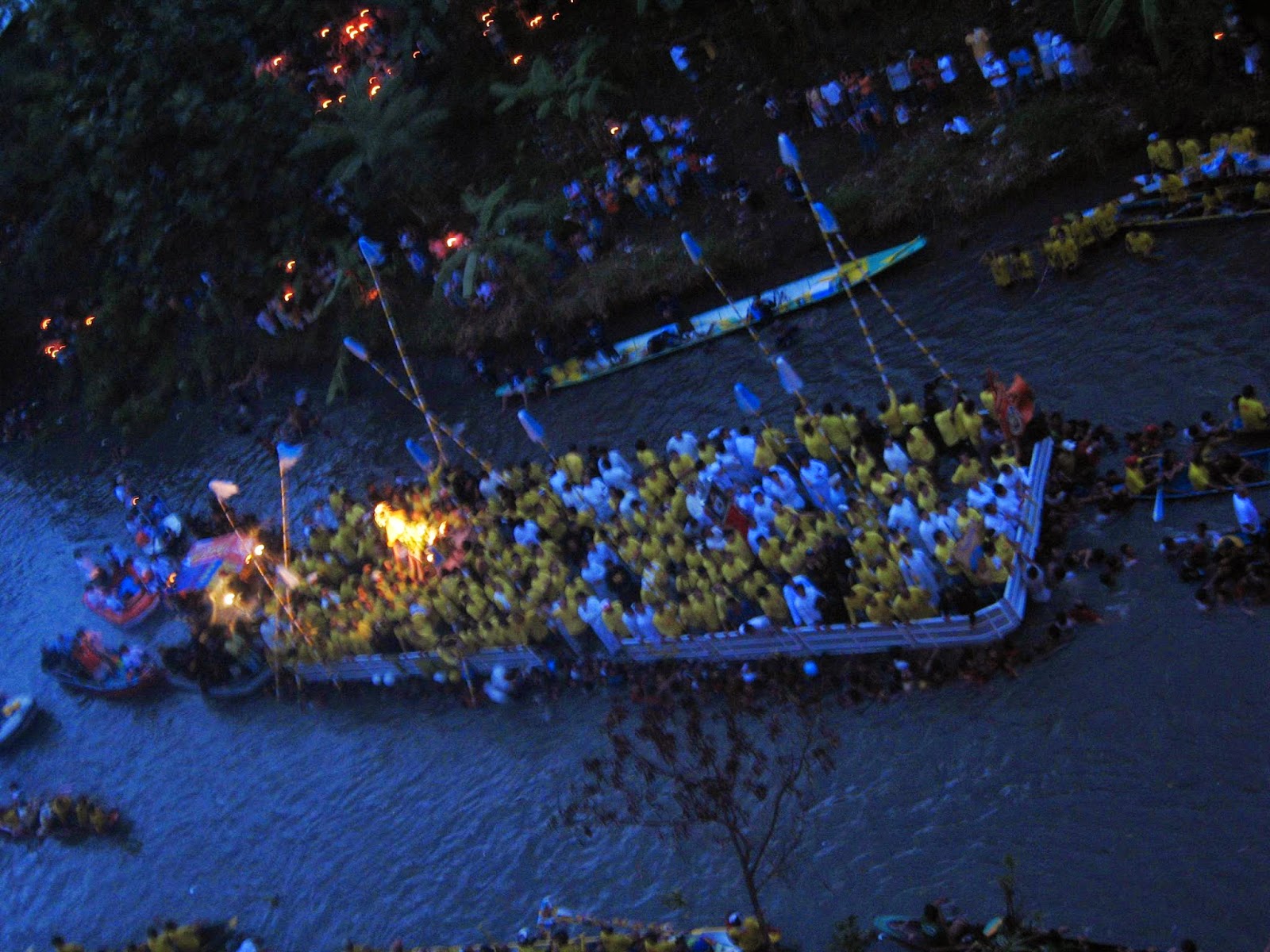 The miracle of the venerated Lady of Penafrancia
is probably due to the fact that nobody gets sick among
the devotees bathing in the filthy waters of Naga River.

Posted by Ramon Caceres at 1:21 AM