Big in Servings, Big in Taste

It took us sometime to dine in Chili Peppers once
again as the weekend traffic in Magsaysay Ave has
been  discouraging us to visit this popular food strip. 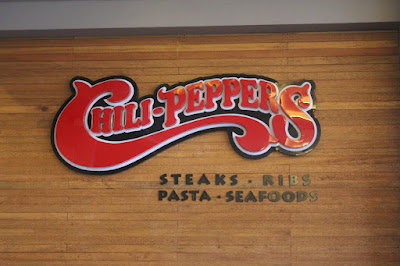 When out internet at home bogged down and the kids
needed an internet connection so they could finish their
assignments, we  headed to Avenue Square  as it offers
a fast and free wi- fi, and is not very crowded at noontime. 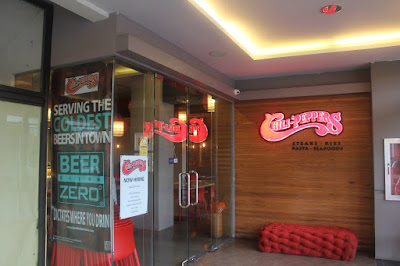 It was three o’clock in the afternoon and we
were the only people around so I had a chance
to take photos of the beautiful restaurant. 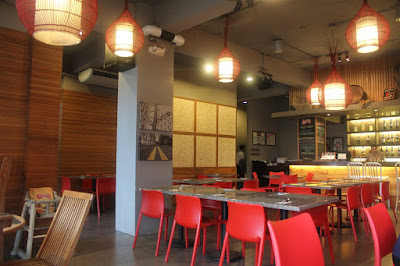 My son ordered Pinangat with Tilapia Fillet.
He loves tilapia and this is his favorite dish in
this restaurant. The seared fish was so delicious and
could be safely eaten by kids as it is a boneless fillet. 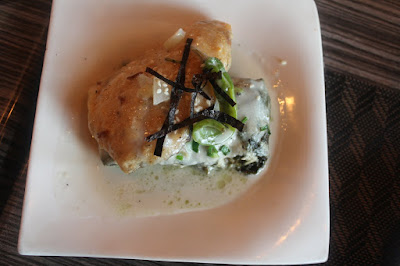 It went blended with the CamSur version ‘Pinangat’
that had crushed crablets packed in between creamy
layers of taro leaves cooked in oconut milk, and it
appears like an updated sinanglay- pinangat fusion dish. 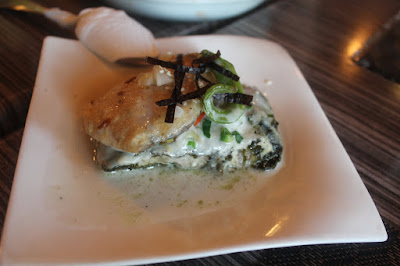 My daughter’s Korean Beef Stew came in a huge serving.
Slow braised short ribs, very, very tender and had a melt in
the mouth texture. It is bursting with mélange of delightful
flavors, ranging from sweetish- tangy, bordering to spicy.
It was served with a bowl Bibimbap topped with sautéed and
seasoned vegetable called namul and fermented soybean paste.
There was also a bowl of Kimchi and spiced bean sprouts. 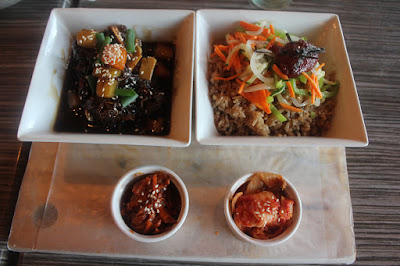 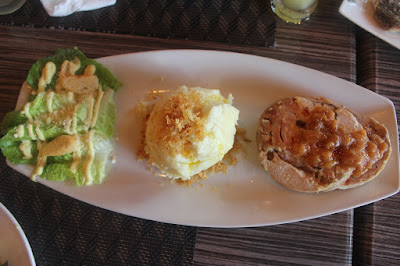 This a popular Filipino Holiday Stuffed Chicken recipe actually
had a Polish origin. Made of meat stuffed, de- boned chicken,
poached and served cold. It is an elaborate dish and we are thankful
as it was made easy available in Naga City as Chili Peppersis one of
the very few restaurants that offers this tasty, yet complicated dish. 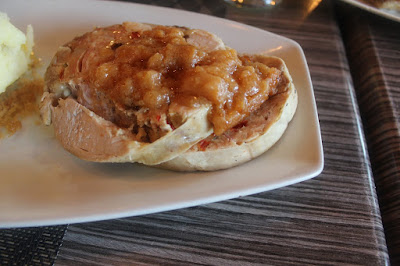 Chili Peppers should might as well be known as a Spanish restaurant
as they do best in Spanish cuisine. They serve some of the best paellas
in town and the Paella Mariscos that I have ordered was no exception. 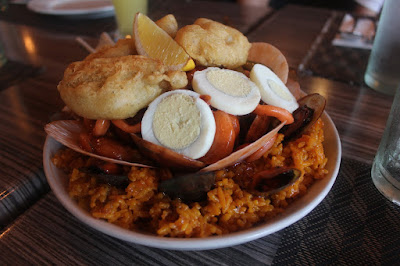 This summer favorite in Spain, while not considered a conventional
paellas, it is however a delicious rice base for the fresh the seafood.

It had a divinely velvety texture and the flavor was perfectly balanced
as it does not overwhelm the individual taste of the various seafood. 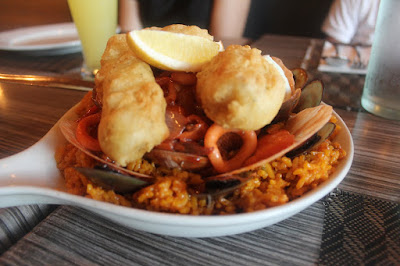 Chili Peppers is the very first restaurant in Magsaysay Avenue,
and started the “Big Bang on this once desolate area in the city,
and still the restaurant to reckon in this lively culinary center. 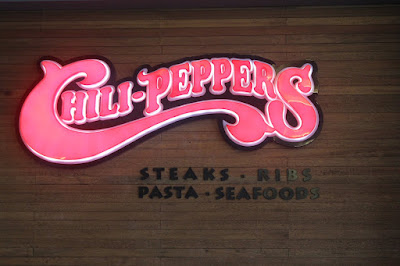 Chili Peppers Iced Lychee: Most Delicous Halo Halo in Bicol
Posted by Ramon Caceres at 1:12 AM