ChoobiChoobi Ayala Malls Legazpi
Best Seafood Restaurant in Bicol
It took us forever just to get into this restaurant. Our trouble began
at  the mall’s basement parking, where we had to extricate our
Ford van,  as the ceiling level turned out to be too low despite
being  given clearance by the mall guards that the car would fit in. 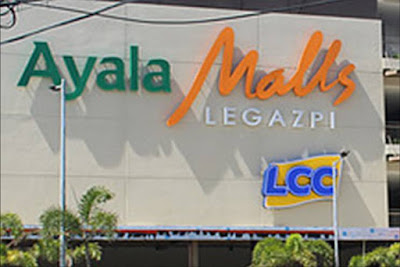 After  about an hour of stressful maneuvering that caused a humongous traffic,
we finally got out with minimal scratches caused the by the plumbing tubes sticking
out of the horribly low ceiling. It made me wonder if Ayala underestimated Bicolanos
on the type of cars they own as we are one of the poorest regions in the Philippines. 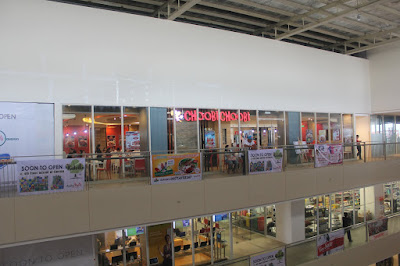 Off we went to ChoobiChoobi, but we had another problem.
We were with my 84 year old mother- in- law, the restaurant was
at the fourth floor and the elevators and escalators were not working.
It was a brown- out and their generator did not have enough power
to run everything except  for the lights and the air- conditioning.
I found this absurd as even the lowly SM had awesome gensets
that keep everything in the mall running even during a brownout. 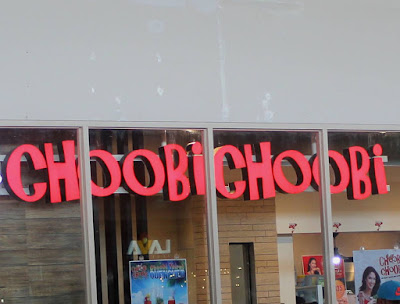 We finally got up the restaurant and everything went well after that.
Getting a seat was easy, the service crew was helpful and courteous. 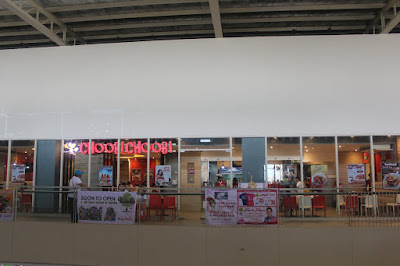 The restaurant has excellent choice of refreshments. 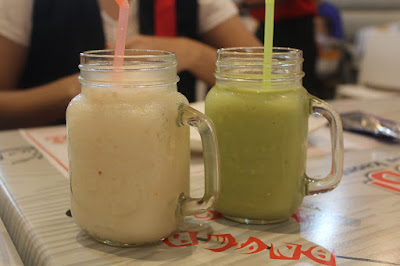 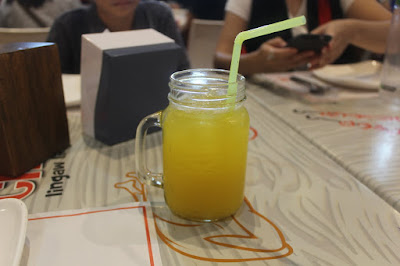 We were happy that this is one of the very few restaurants
in Bicol that offers my family’s favorite fare, monggo soup.
Labeled in a Visayan term Utan Monggos in the  menu, it
tasted so natural, devoid of any artificial flavoring. It wasn’t
salty and had a hint of sour tomato aftertaste and very tasty. 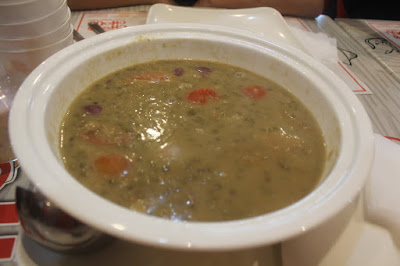 This Green and Mean Pinakbet, really lives up to its name.
We love ‘pinakbet’ but we are turned off by most versions that
are overwhelmed by putting too much ‘bagoong’. This is one
healthy green and mean yet delicious version of this popular Pinoy
dish without the disgusting aftertaste of the smelly shrimp paste.
One of the best version in the Philippines that we have tasted so far. 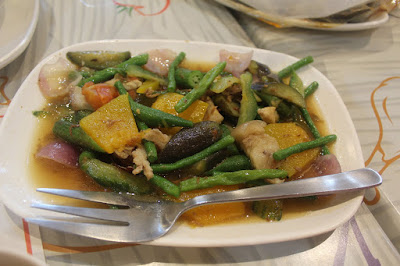 My young son, loves fish but not into seafood so we ordered Belly Dancer
for him. It was a barbecued pork belly, it was very tender but found we it too
sweet. One would need a lot of rice to neutralize the sweetness of the pork. 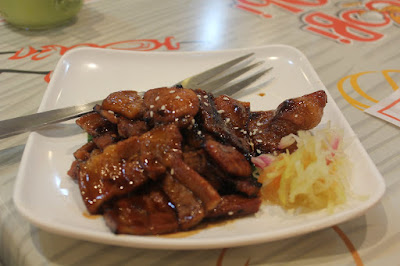 The ChoobiBay Crab and Shrimp Boil is the reason why we came here to dine.
I have never seen anything like it in the Philippines and we have been craving for
this US style of cooking various seafood, sausages and corn on a cob in a single pot. 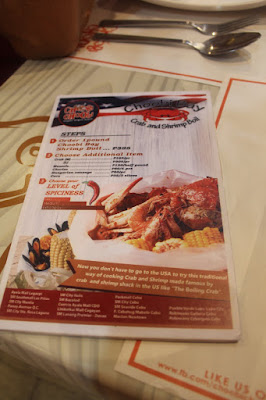 This way of cooking seafood is famous in the Georgia and
South Carolina.  I requested the waiter to put everything on it;
shrimps, crabs, mussels, sausage, chorizo and corn on a cob. 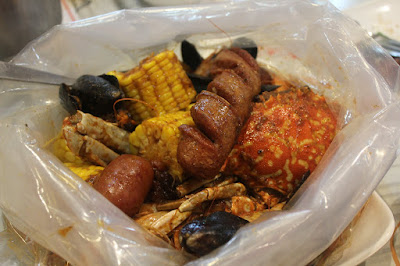 What could be more fun? 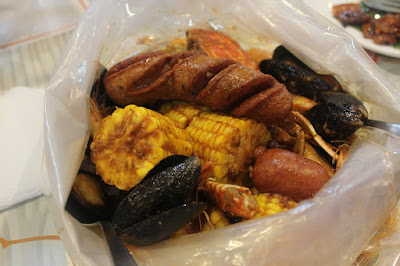 No food brings the family together than a mixed seafood
served in a bag for an all-in-one pot, all-you-can-eat buffet.
Just roll up your sleeves and enjoy steaming, delicious boiled
seafood and passionately licking your fingertips full of flavor. 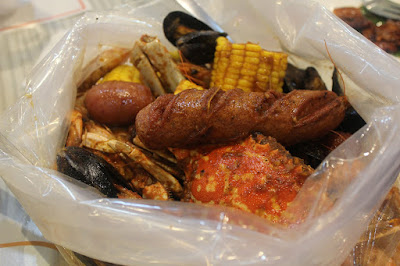 The waiter kept on coming back asking if we wanted
rice as the dish apparently comes with unlimited rice,
but no one in his right mind would ever mess up his plate
with rice as it does not go well with the boiled seafood. 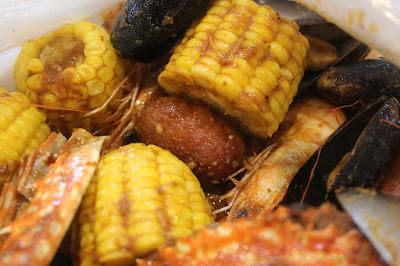 We suggested that they should put potatoes in the boil but replied
that  it was not in the choice in the menu. But that’s alright, with
or without potatoes ChoobiBay Crab and Shrimp Boil, was so
delicious and made us forget all the hassles we experienced earlier. 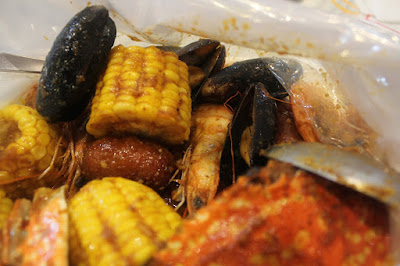 Stay, Stray, Play and Feast officially declares ChoobiChoobi  in
Ayala Malls Legazpi, as the best seafood restaurant in Bicol, and a
worthy reason to keep us coming back to the city of fun and adventure.

Read the links below for other seafood restaurants: