We were all hungry from the almost six hour bus
ride from Las Vegas, as we didn’t had any meals
aside for the Donuts we had at  Barstow Station. 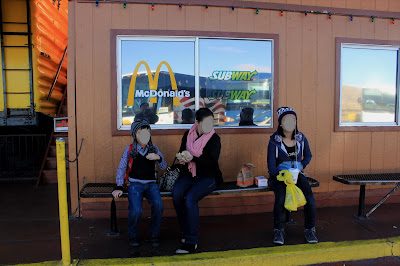 After checking in at the Hilton Hotel Universal,
we were all famished, took the free shuttle to the
Universal City Walk and the first two restaurants
that we saw were Tony Roma’s and Johnny Rockets. 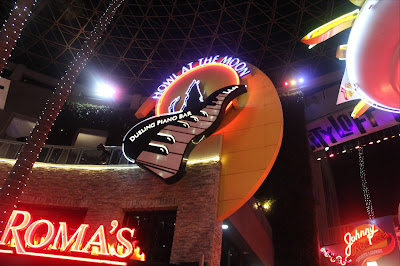 Since we have already extensively dined at
Tony Roma’s Anaheim two weeks earlier,

…and we have also dined at this Johnny Rockets
the last time we were here about three years ago, 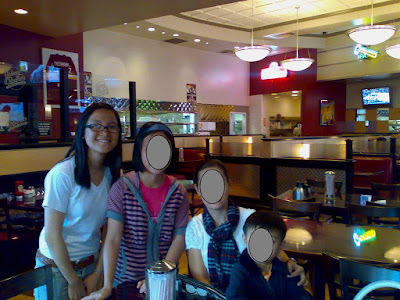 …and tried it again an Mandalay Bay, Las Vegas, 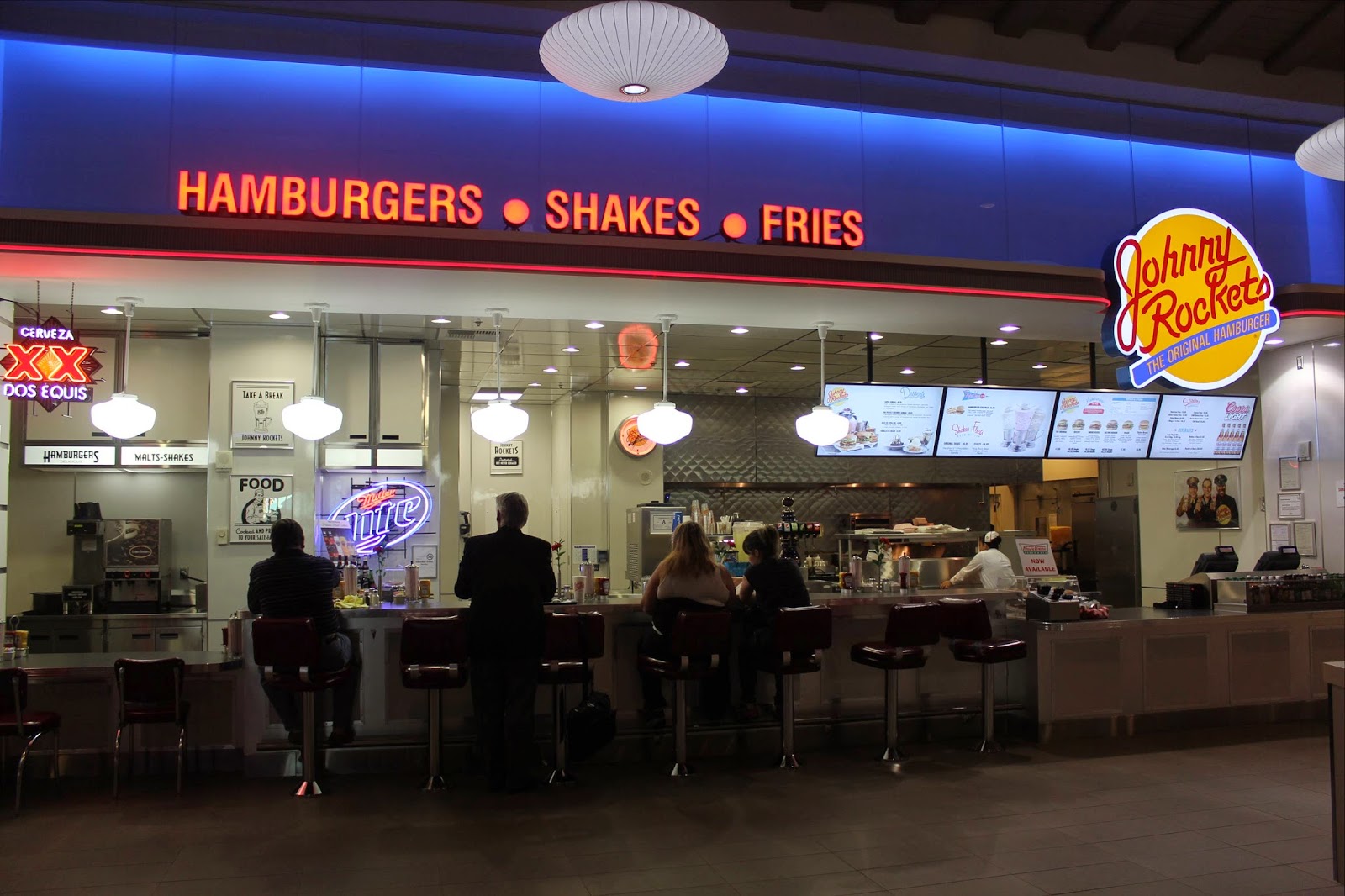 …so, we decided to skip the two restaurants and
headed directly to the nearby Bubba Gump. 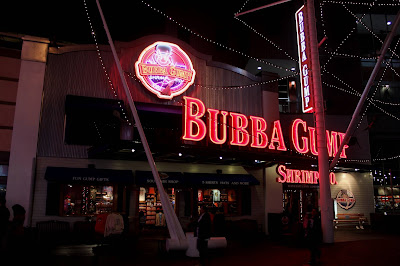 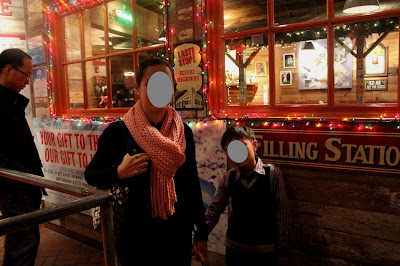 In the film, Bubba played by Mykelti Willamson, suggested
getting into a shrimping buisiness  and Forrest Gump, played
by Tom Hanks pursued it after Bubba’s death in Vietnam War. 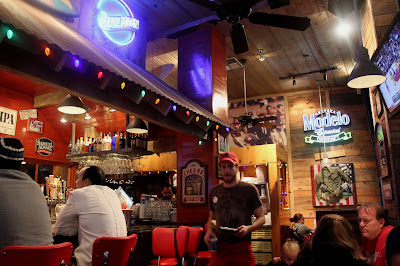 It was a wise decision for us to dine a Bubba Gump as we
were all starving and the wide array of dishes in  the menu
was perfect for people that didn’t had  any decent meal for a
day like us. We were ready to binge eat. and Interestingly, the
menu entrees were also inspired of what  transpired in the movie. 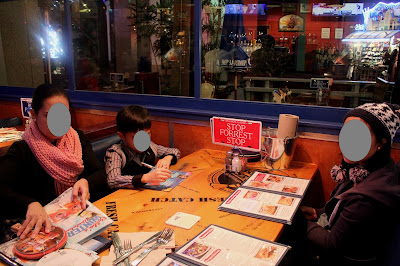 There is also no need to call a waiter as the diner only had to
put up the “Stop Forrest Stop” when you need something, 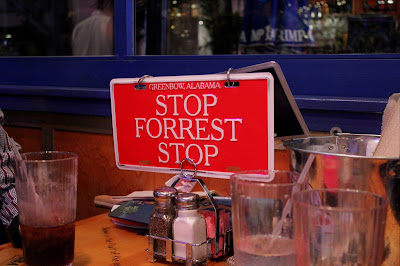 …and put on the “Run Forrest Run” if you do not need anything,
reminiscent of the movie scene where Forrest was playing football. 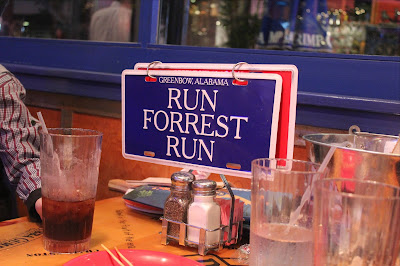 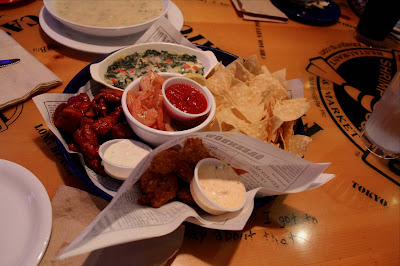 What I liked most in the sampler is Bubba’s Far out Dip, made
of shredded spinach, roasted red peppers, artichokes and  Monterey
Jack Cheese. It was so good and could be eaten as a separate dish. 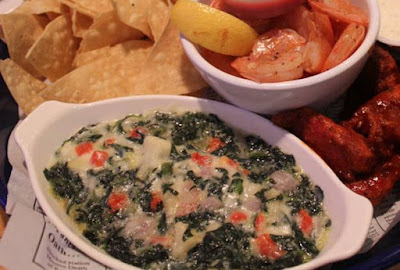 We all shared a huge bowl of a very thick, very chunky
and very delicious Old Fashioned New England Clam
Chowder. It was so good as I would recommend it as
a must  try dish for anyone dining in Bubba Gump. 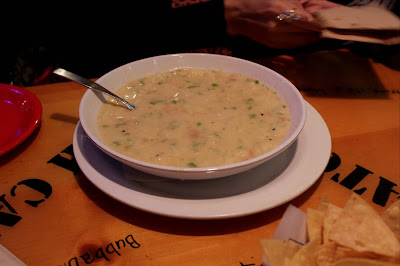 “…Of Course We Have Scampi” was what my daughter ordered.
It was made of fresh Shrimps and Capers, sautéed with Lemon, Garlic
and Butter and served in a bed of  perfectly cooked Linguine. 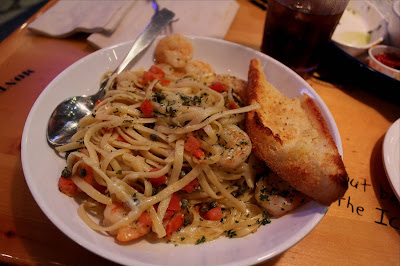 My son who loves fish chose Accidental Fish and Shrimps.
It is made of broiled Mahi Mahi lying on a bed of fragrant
Jasmine Rice, topped with perfectly grilled Shrimps, Roma
Tomatoes and Butter Lemon sauce. This dish is to die for. 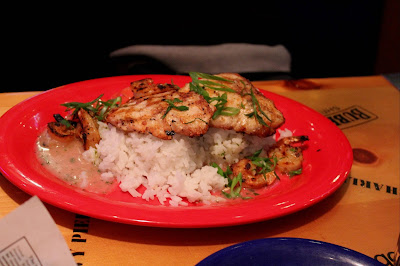 My wife tremendously enjoyed her Shrimp and Veggie Skewers.
It was made of extra large Shrimps skewered with Red Bell Peppers,
Red Onions, Yellow Squash, Zucchini, char grilled to perfection and
served with Jasmine Rice. This is a perfect choice for rice lovers like us. 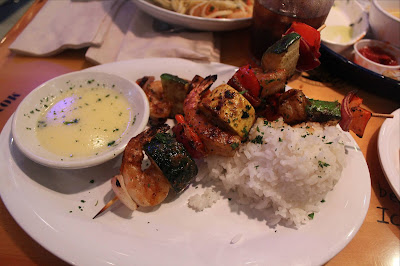 While I, who had the most voracious
appetite ordered Steamed Shellfish. 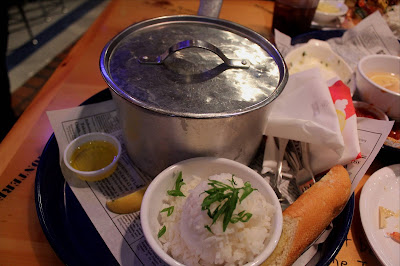 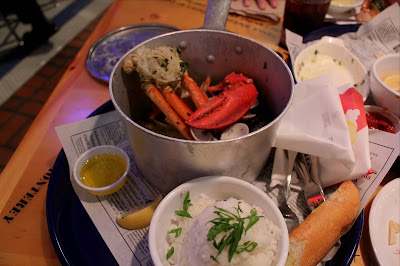 It is a delectable assortment of steamed Mussels, Clams,
Snow Crab, Lobster Claw and of course Shrimps and served
with Jasmine Rice and a side of Mama’s Best Garlic Bread. 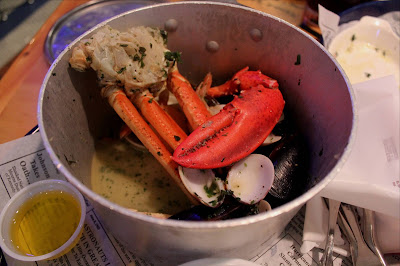 I was provided with an apron and a shell cracker.
It was messy to eat but it was so damn good. 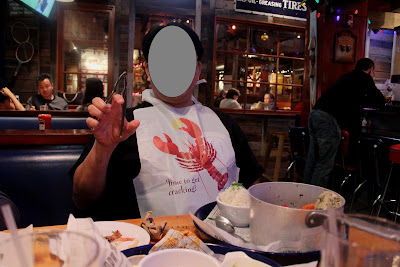 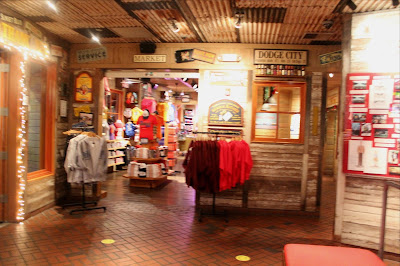 Bubba Gump is a themed restaurant inspired by Forrest’s home town
in Greenbow, Alabama and upon checking the web, I learned that they
have stores in many places all over the world including the Philippines, 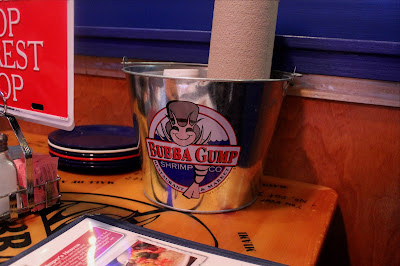 ...and interestingly, of all places- they
do not have any branch in Alabama.

Posted by Ramon Caceres at 1:35 AM