The last time I dined at Barrio Fiesta was more than twenty
years  ago when I stood a best man on a friend’s wedding.
When a saw one at the Lucky Chinatown Mall, I was ecstatic
as it brought a flood of nostalgia on how I pigged out like
there  was  no tomorrow on Kare Kare and Crispy Pata 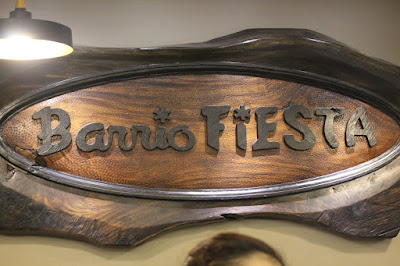 I returned this time to Barrio Fiesta as a married man for
twenty two years with an adult daughter and a teen age
son who are dining for the first time in this restaurant. 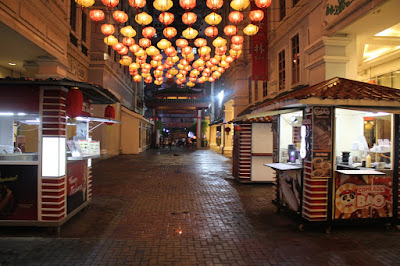 Being a lot older than my last visit, and as an endocrinologist
I had become more health conscious so I shied away from the
Original Kare Kare that uses unhealthy uses chunks of beef,
ox tail, tripes and ordered Seafood Kare Kare this time. It was
loaded with crabs, fish, shellfish, squids, vegetables and  bathed
with creamy peanut butter sauce. It was just as delicious as the
original version, the way I remember it more than twenty years ago. 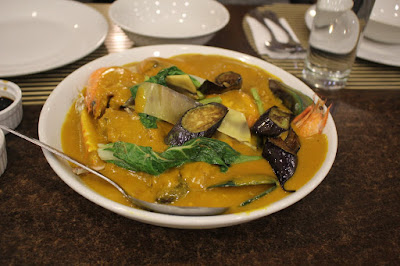 While I was happy with the healthier seafood kare kare version,
the is no way that we could get a similar hale alternative with the
Crispy Pata. I initially thought it was overcooked but the meat
was tender and succulent and the skin crunchy. It was as sinfully
delicious the way I remember it more than twenty years ago.
Definitely one of the best crispy pata versions in the Philippines. 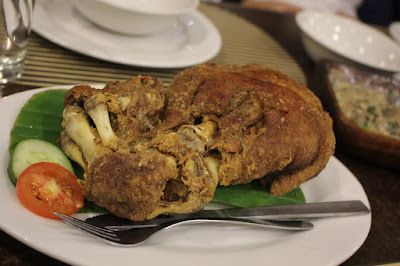 The Barrio Fiesta Laing was served with the taro  leaves
bathed in frothy, half-  cooked coconut milk. It was okay,
but it was not the way we do it in Bicol. We want our laing
cooked the way that coconut milk curdles with nothing but
the taro leaves bathed in the oil without the disgusting froth. 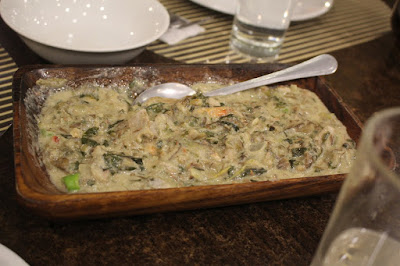 I initially didn’t like how the Sinigang na Salmon appeared
as the broth was not clear and had a yellowish blurred color
with sordid yellow flecks of what appears to be tiny blobs of
fat floating on it. One should really nor judge a book by its
cover as the grubby looking sinigand had the right degree of
sourness, it was tasty, nutritious and you feel warm and cozy. 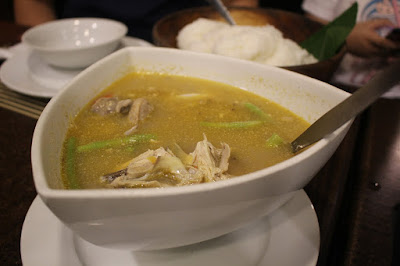 The lucious Fried Bangus Belly was served in a hot plate.
It had tangy aftertaste of calamansi and topped with veggies.
Despite its simplicity, anyone would absolutely love this dish. 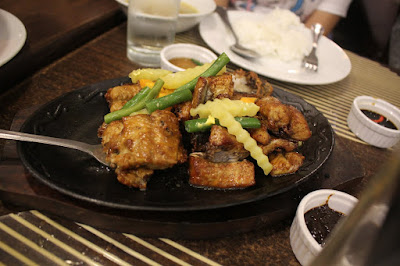 And of course, no Pinoy meal is complete
without Sago’t Gulaman, which serves as
a refreshing drink and a dessert as well/ 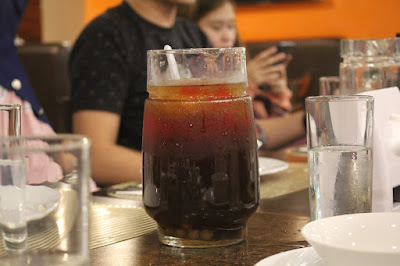