This is the third time that I blogged about the
SM City Naga’s Grand Magical Christmas Parade
from the grander and more magical  2012 edition,

...to the leaner and less impressive 2013 edition, 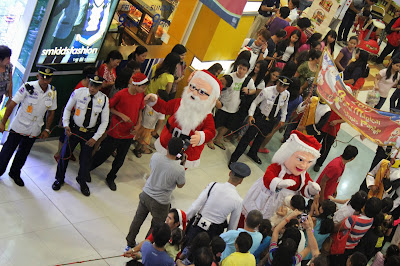 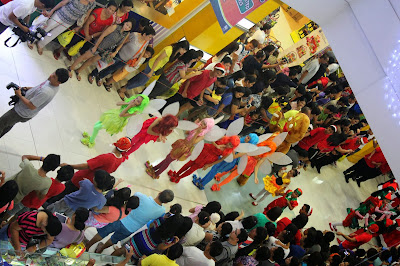 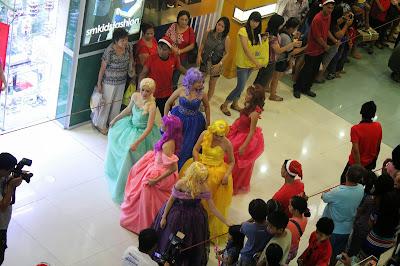 …and this time the 2014, which I will call the Redux Edition,

SM City Naga has been contributing magnificent floats in the
Penafrancia Festival’s Civic Parade for the past few years, 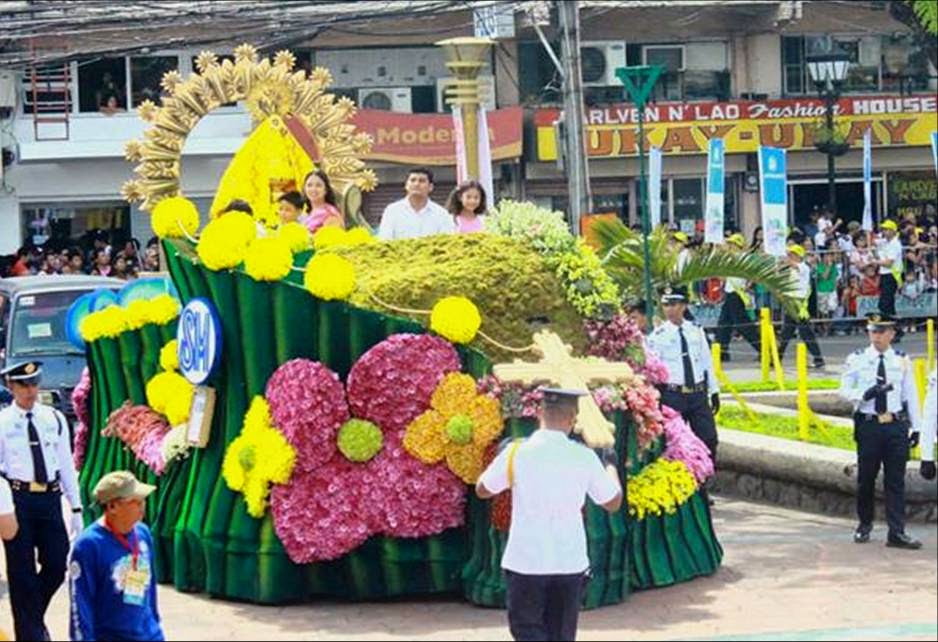 Source: Hobbies and Everything

…and lately paraded with a beautiful float for
Naga City’s own Christmas Parade. 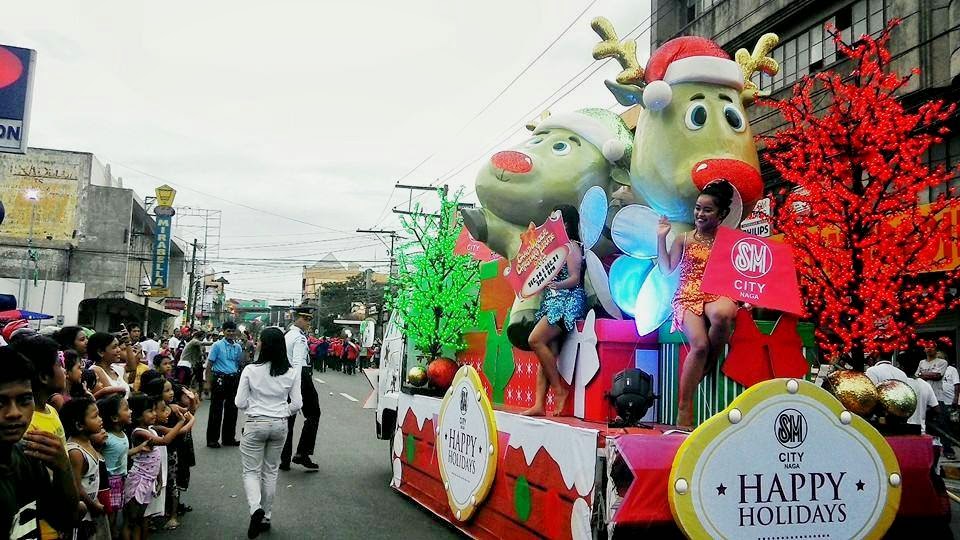 Their mall Christmas decorations are also worth visiting
and taking photos every year, so I was expecting a much
grander and bigger  Christmas Parade in their own turf, 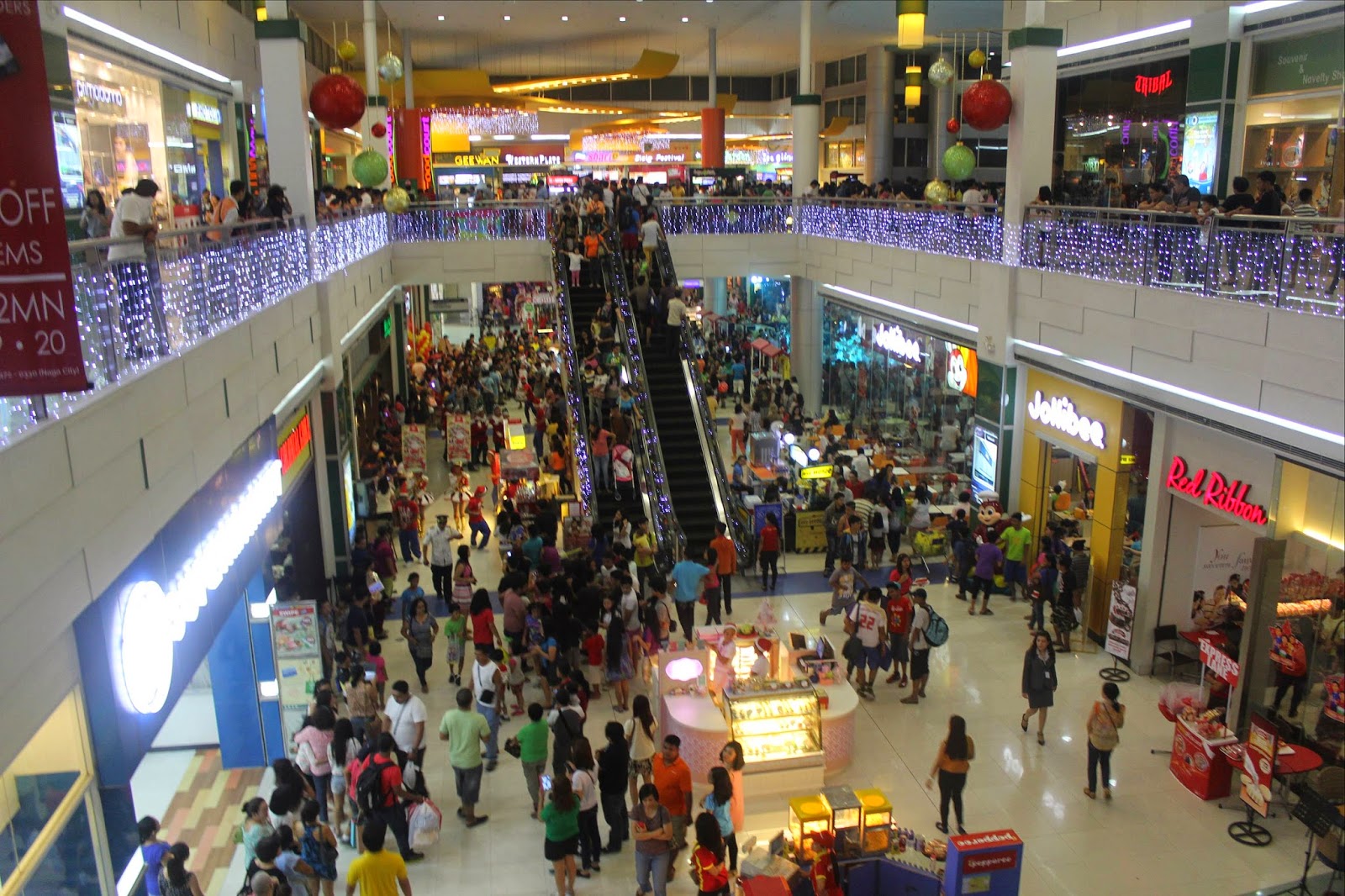 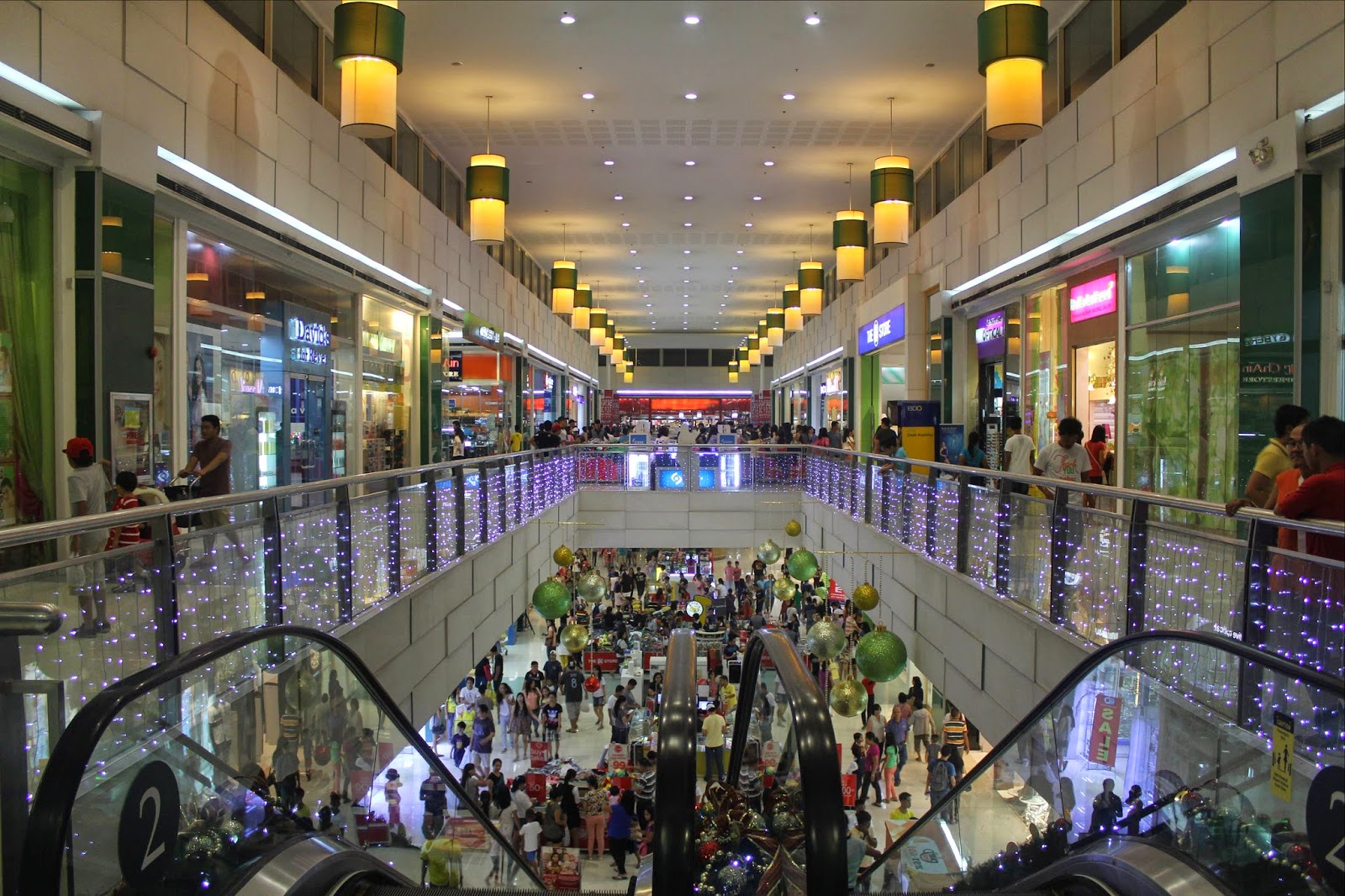 …but every year, the parade has been becoming leaner
and leaner that I think they should just  call as SM Naga’s
Annual Christmas Parade, and drop the words grand and
magical, as this year’s parade wasn’t grand or magical at all. 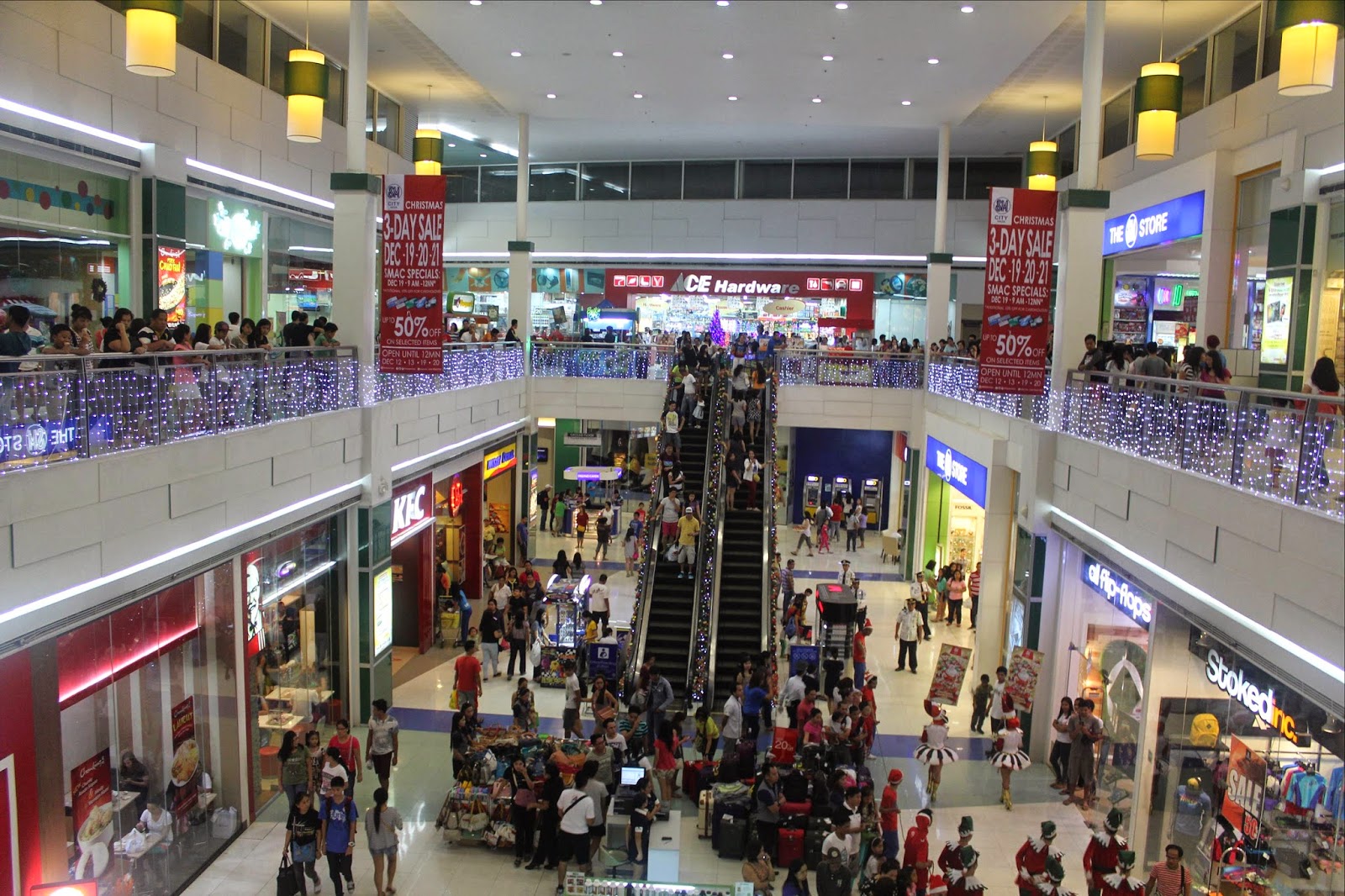 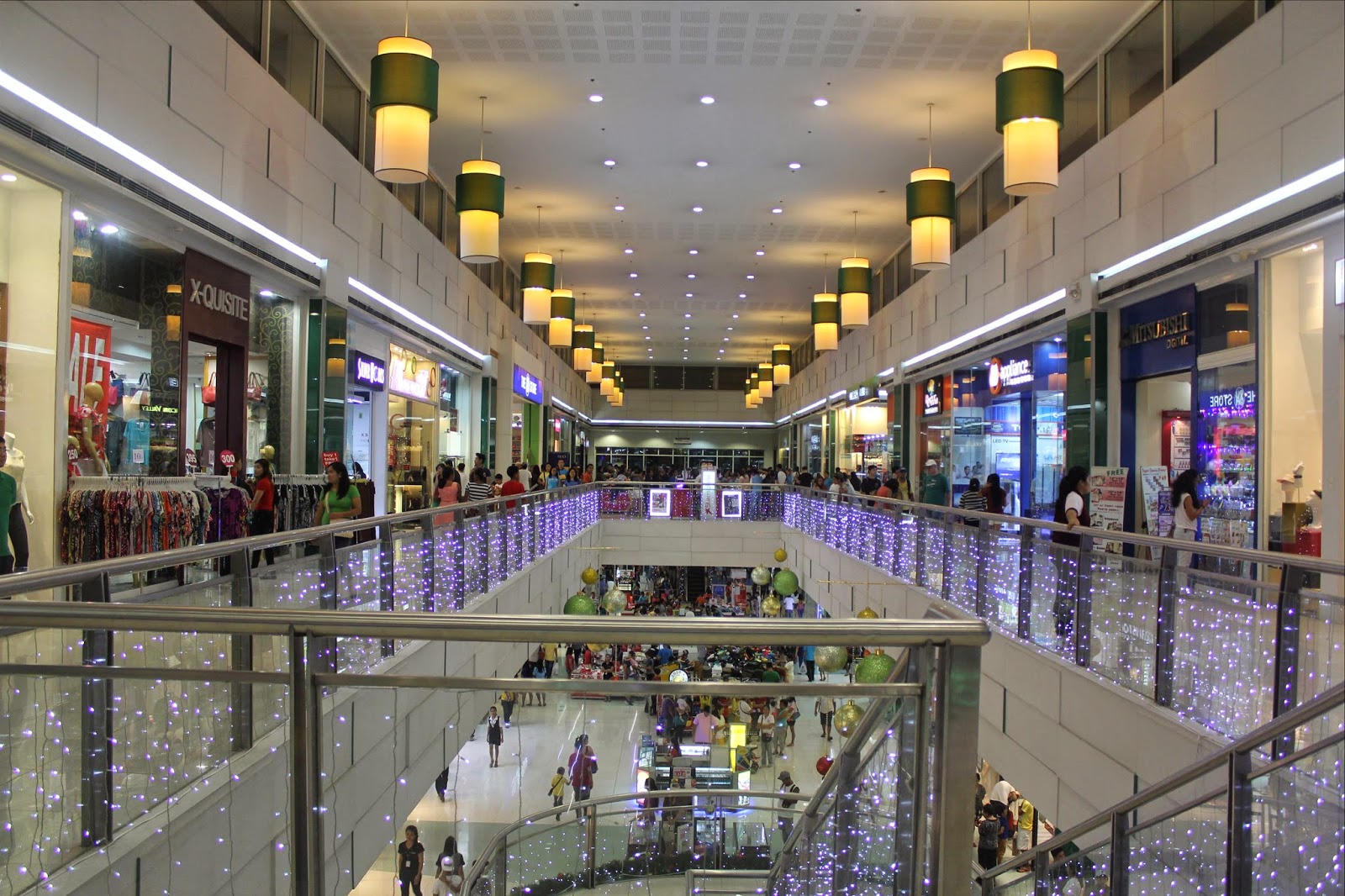 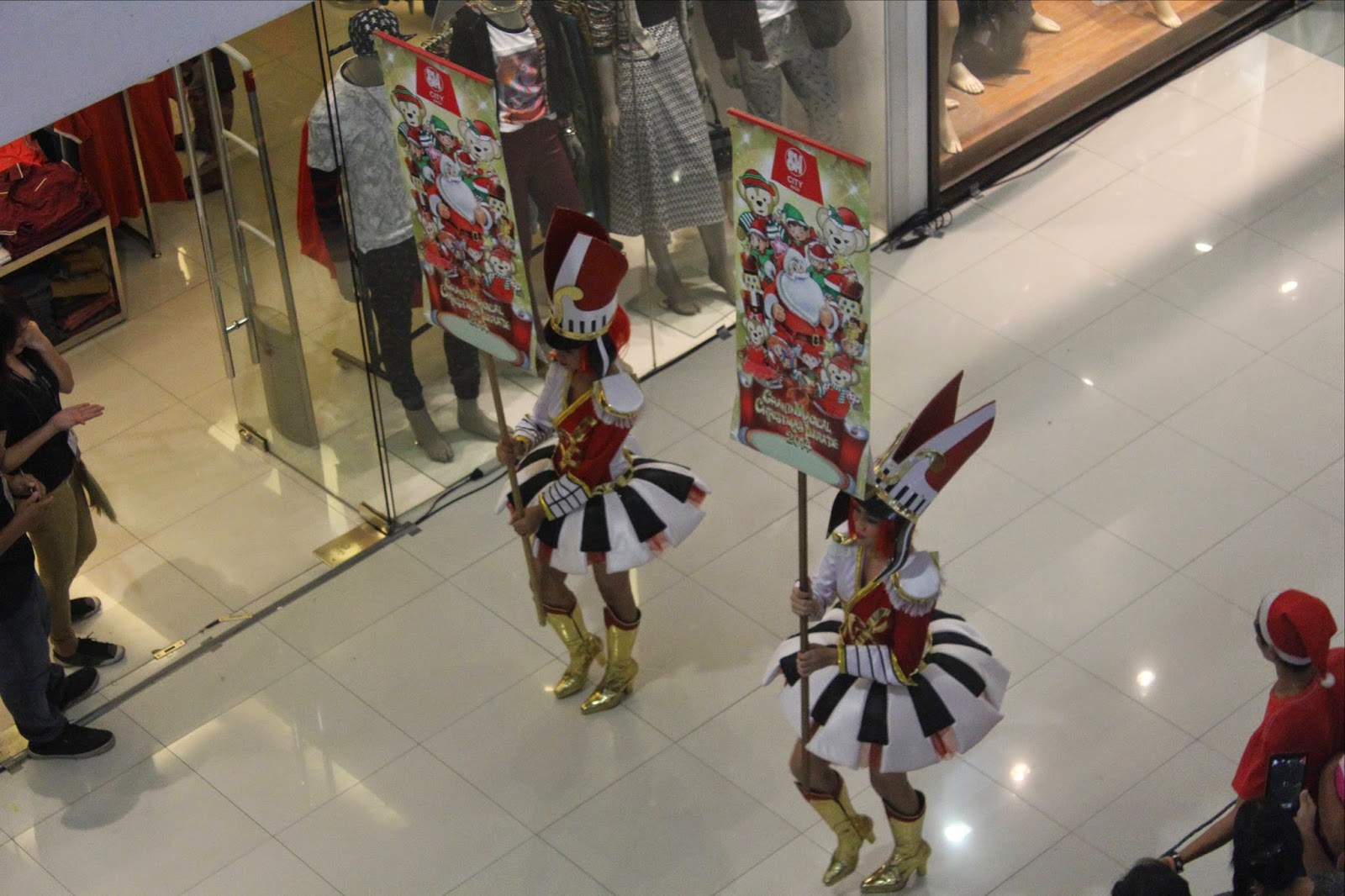 They were followed by a group of elves
dancing and prancing on their way. 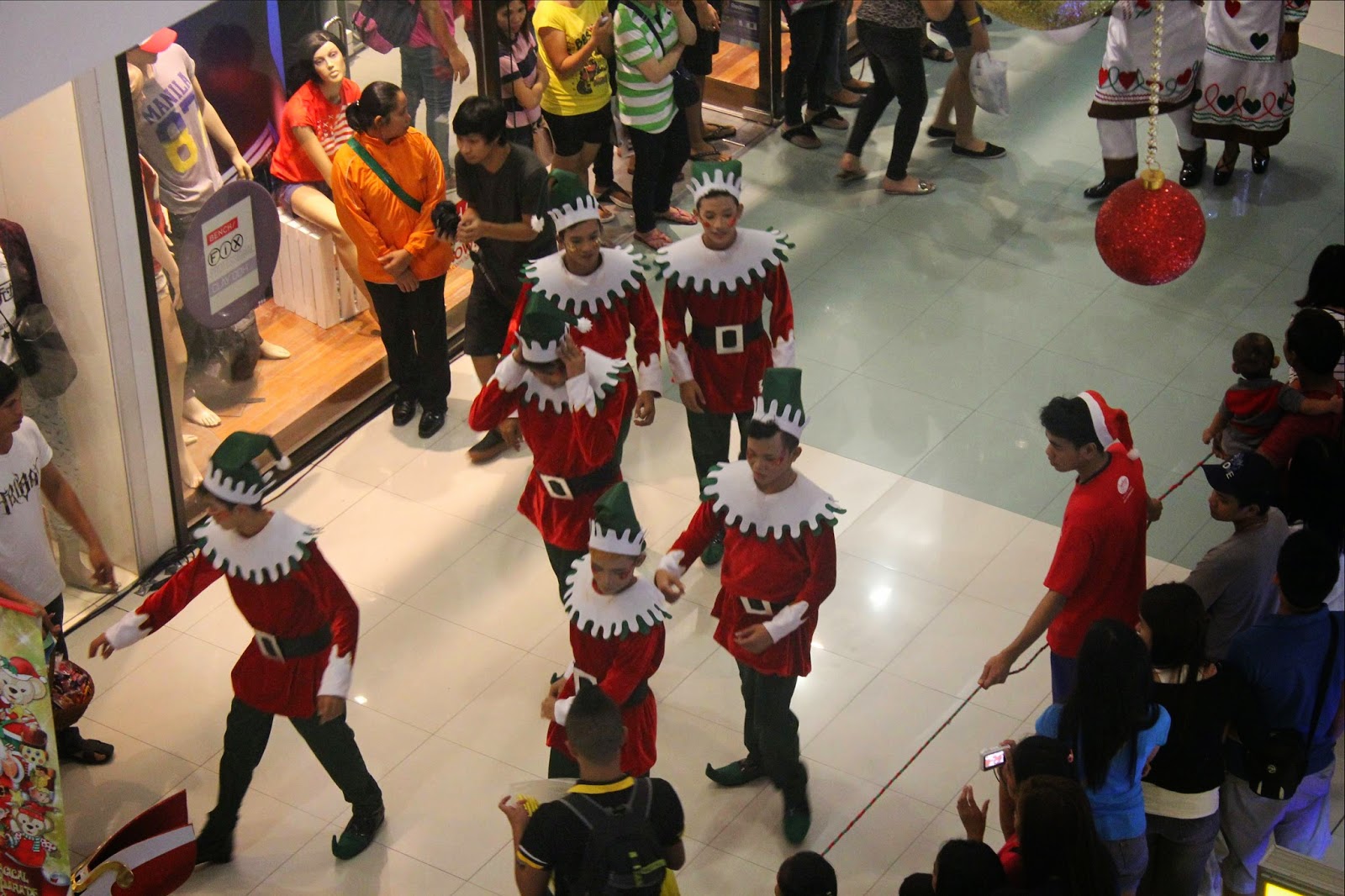 Then came a couple of young chefs and just like the elves
they  were also dancing their way to the parade. 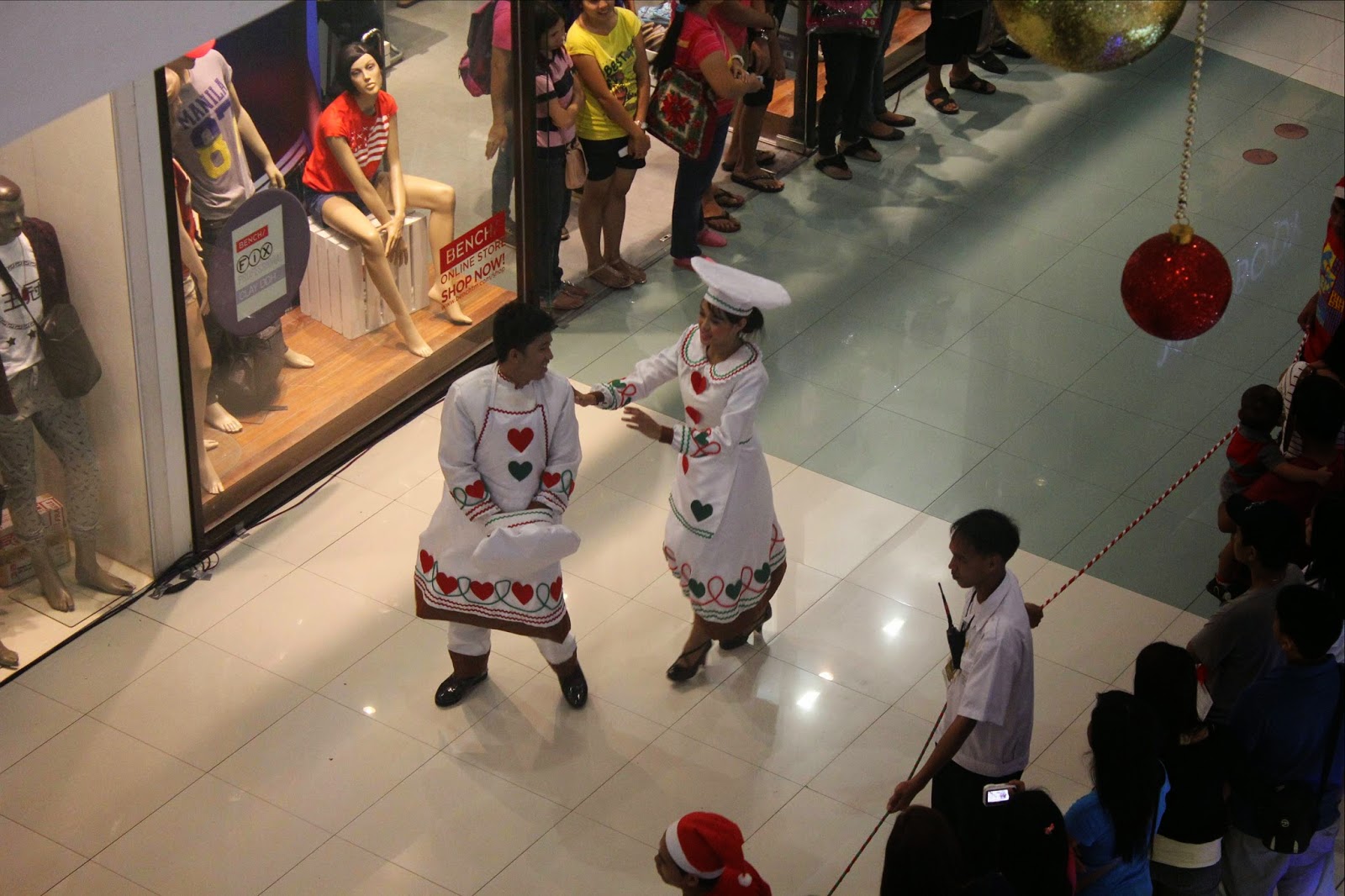 A group of pretty ladies in a blue in weird- looking
bishop’s head dress followed that made us
wonder what they represent in this parade . 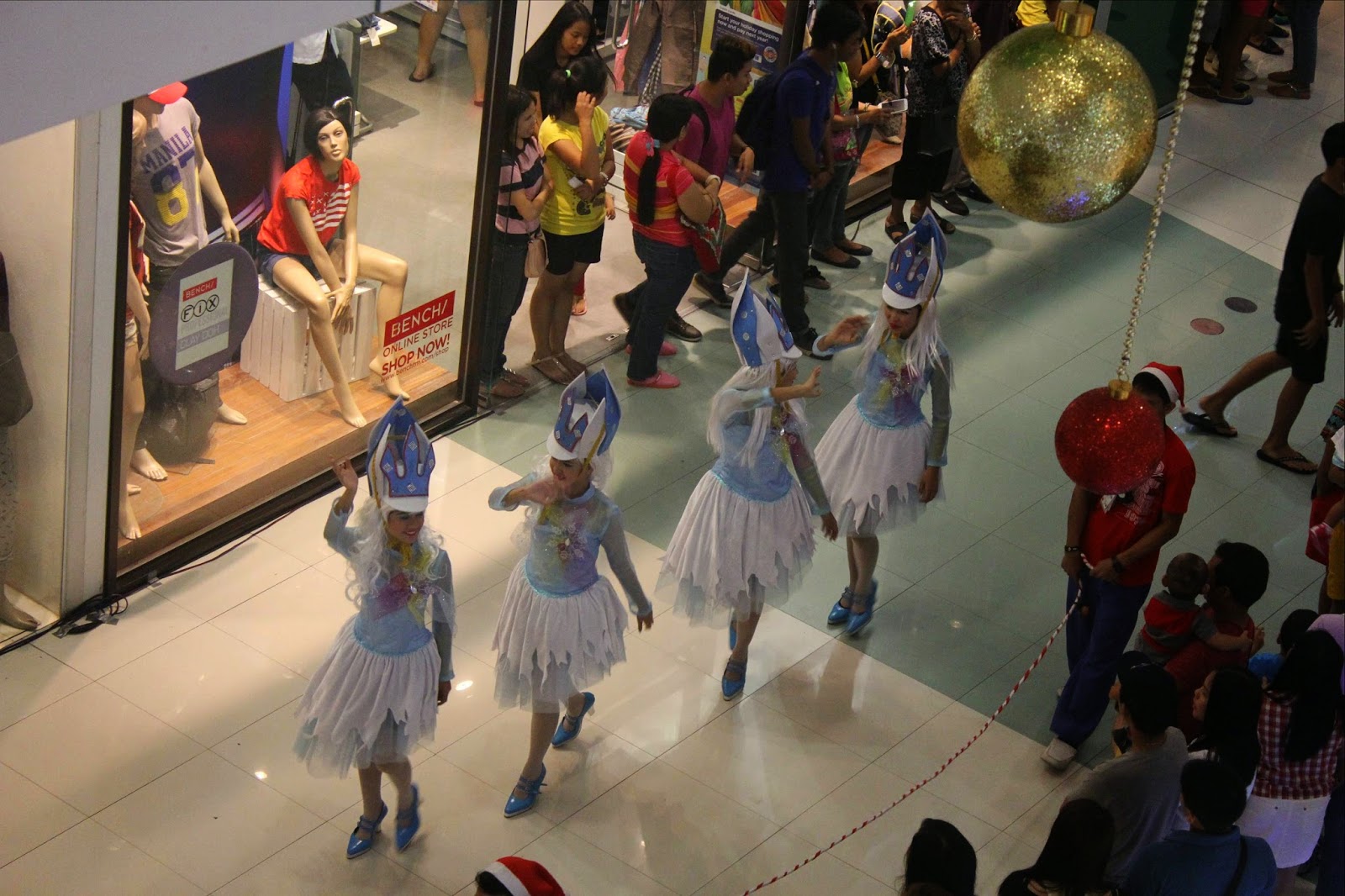 The next group of pretty ladies were dressed in colorful
candy- colored costumes that may symbolize the every
girls’ dream of being sugar and spice and everything nice. 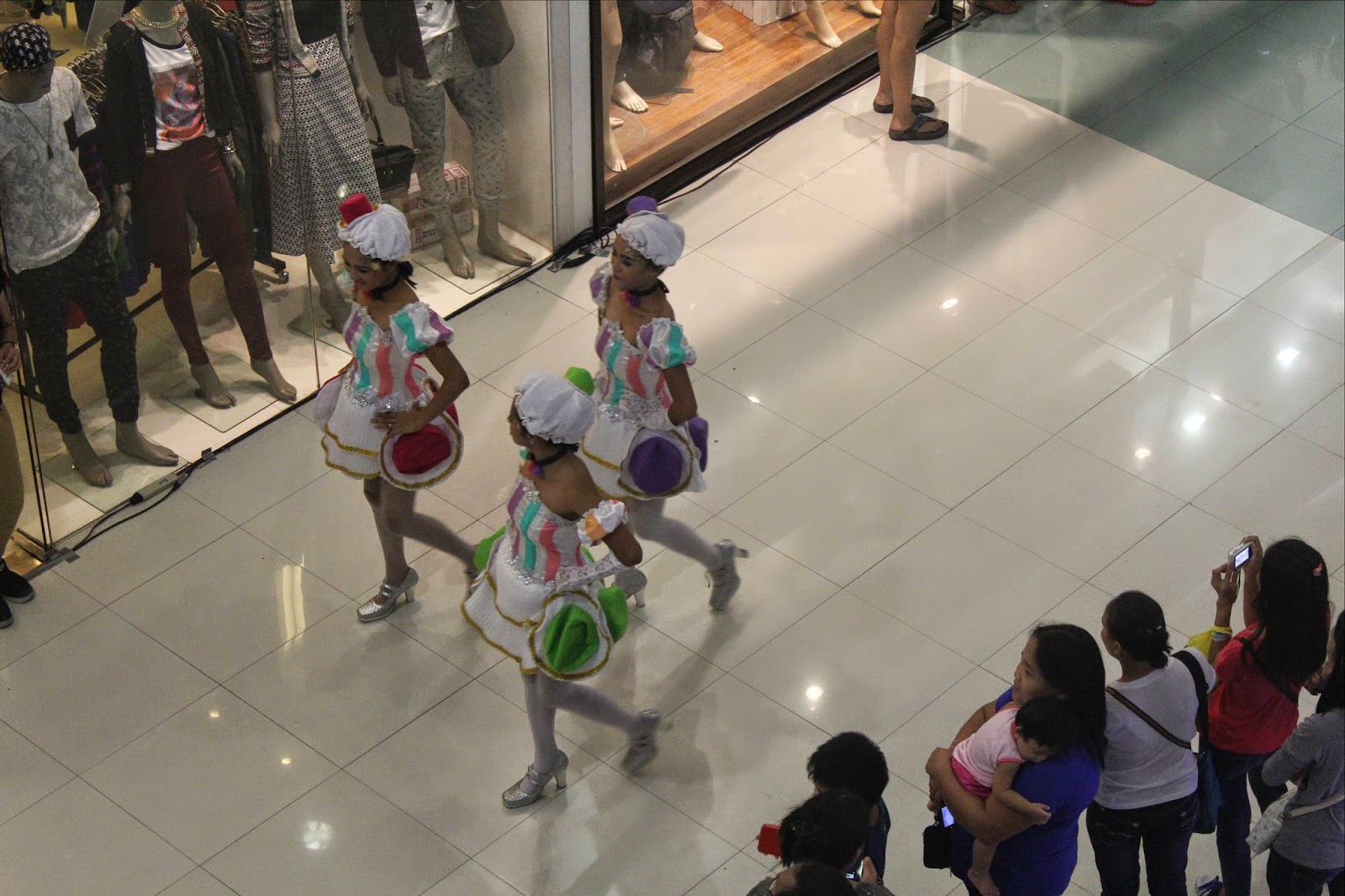 The group of young girls who tiptoed and danced the ballet
all the way aptly represents the dainty Music Box dancers. 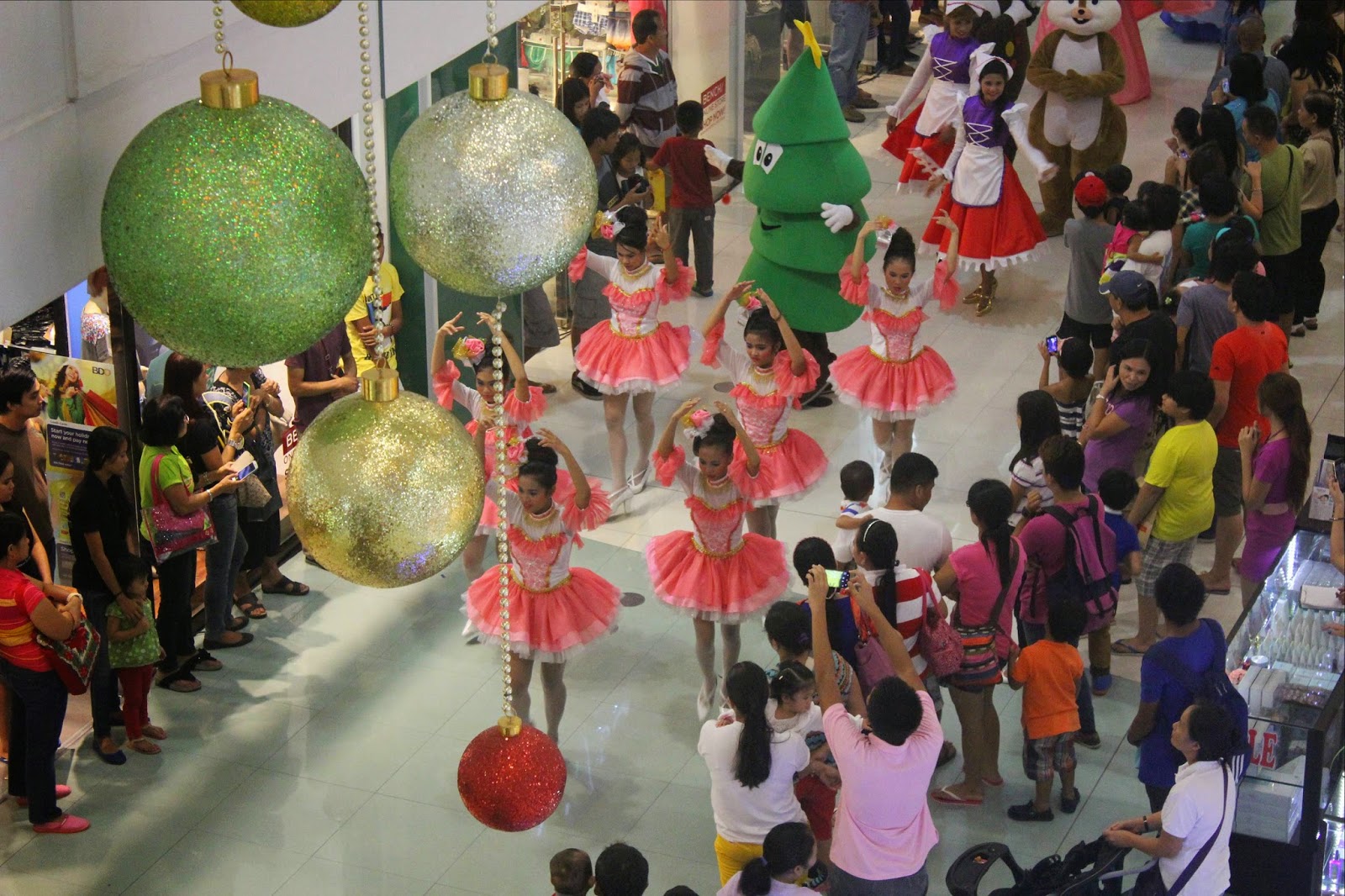 They were followed by a Christmas Tree mascot, 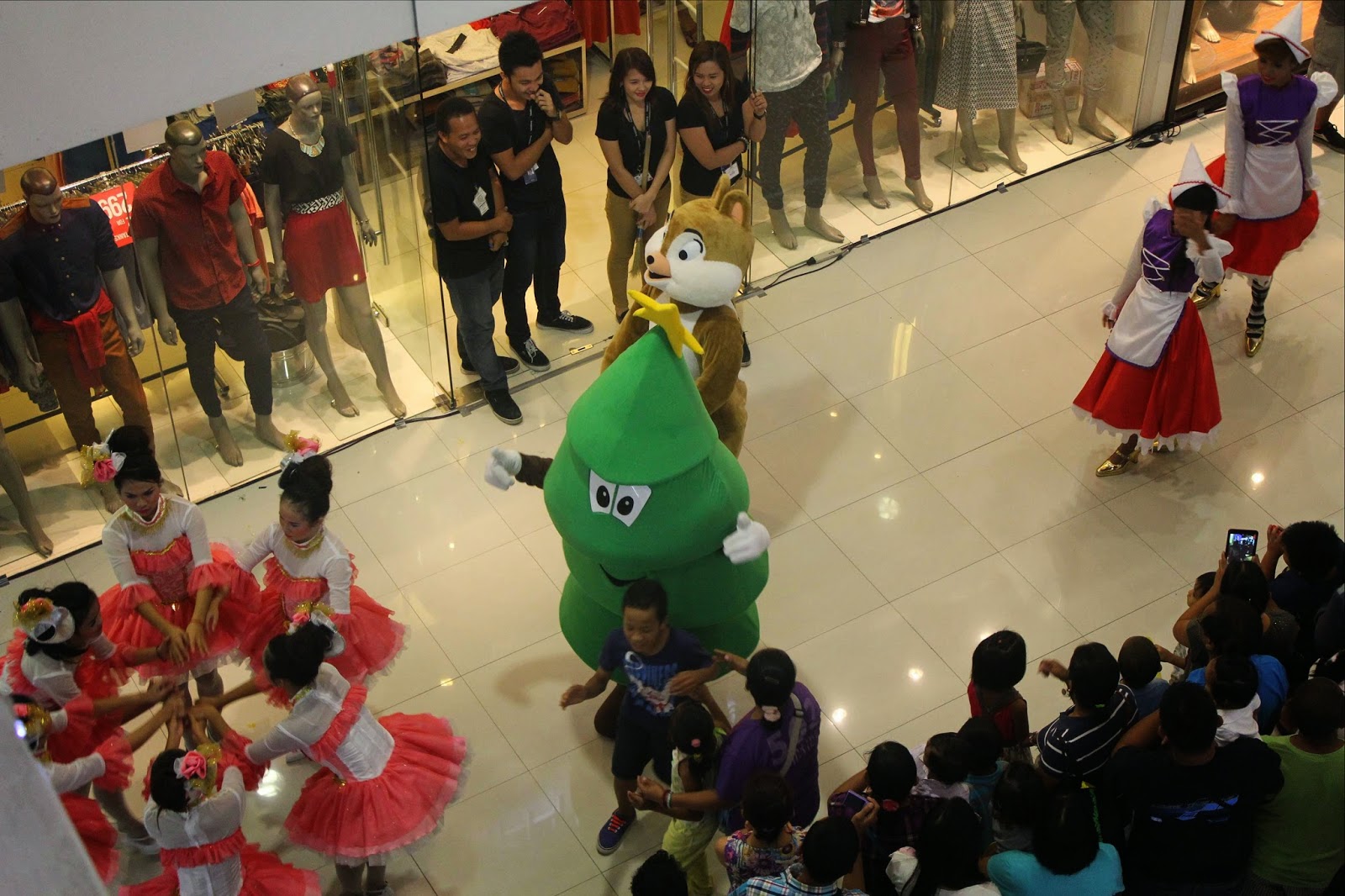 …and a playful squirrel which the kids
mistook as Disney’s Chip without Dale. 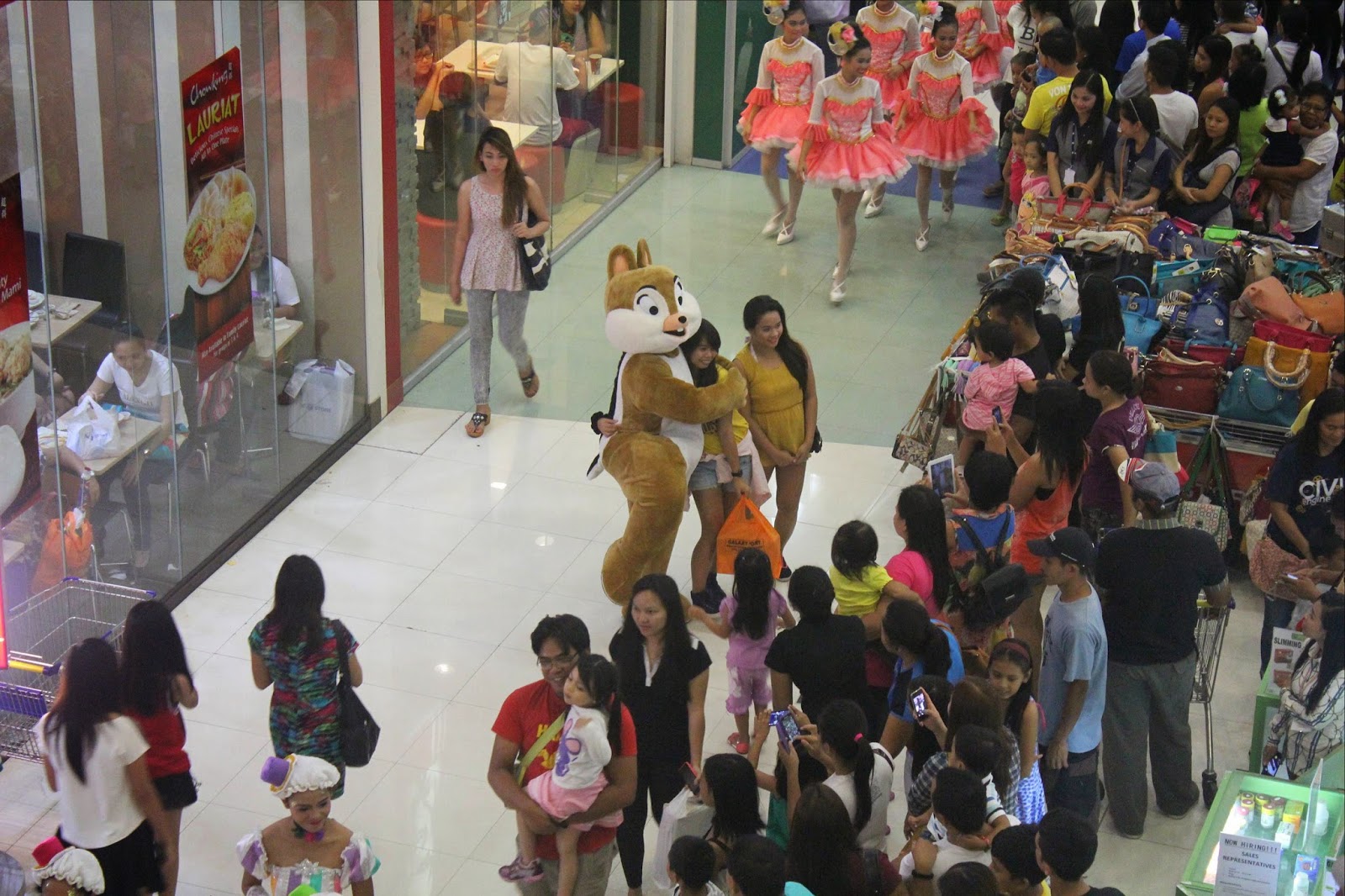 A girl and a transgender dressed in what appears
to be a Dutch national costume followed, and we
pondered on what they symbolize in the parade.
My guess was: these two girls are milkmaids. 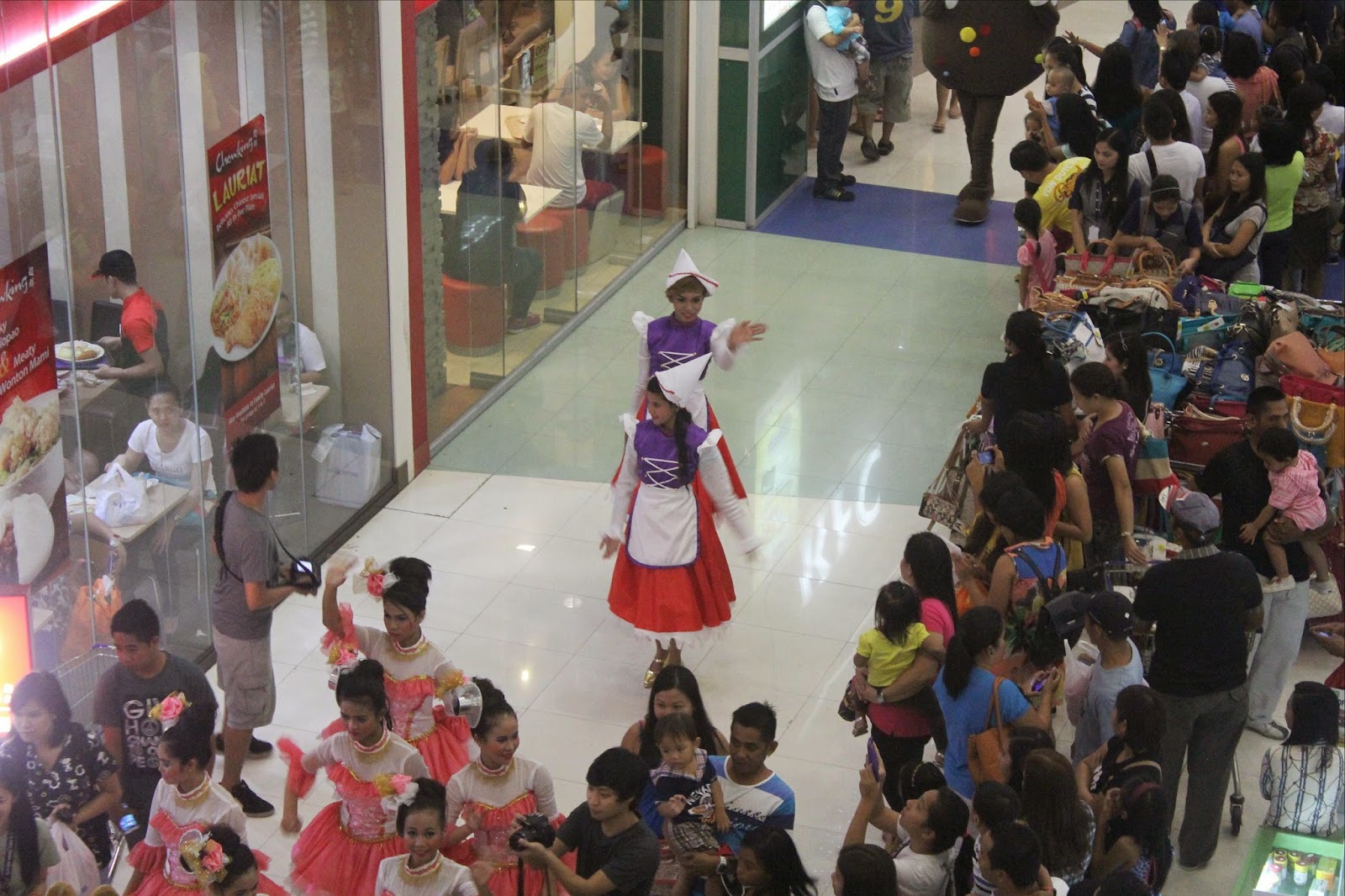 Then the playful Chocolate Cake mascot came
dancing by and this would have made more sense
if it went together with the two bubbly chefs earlier. 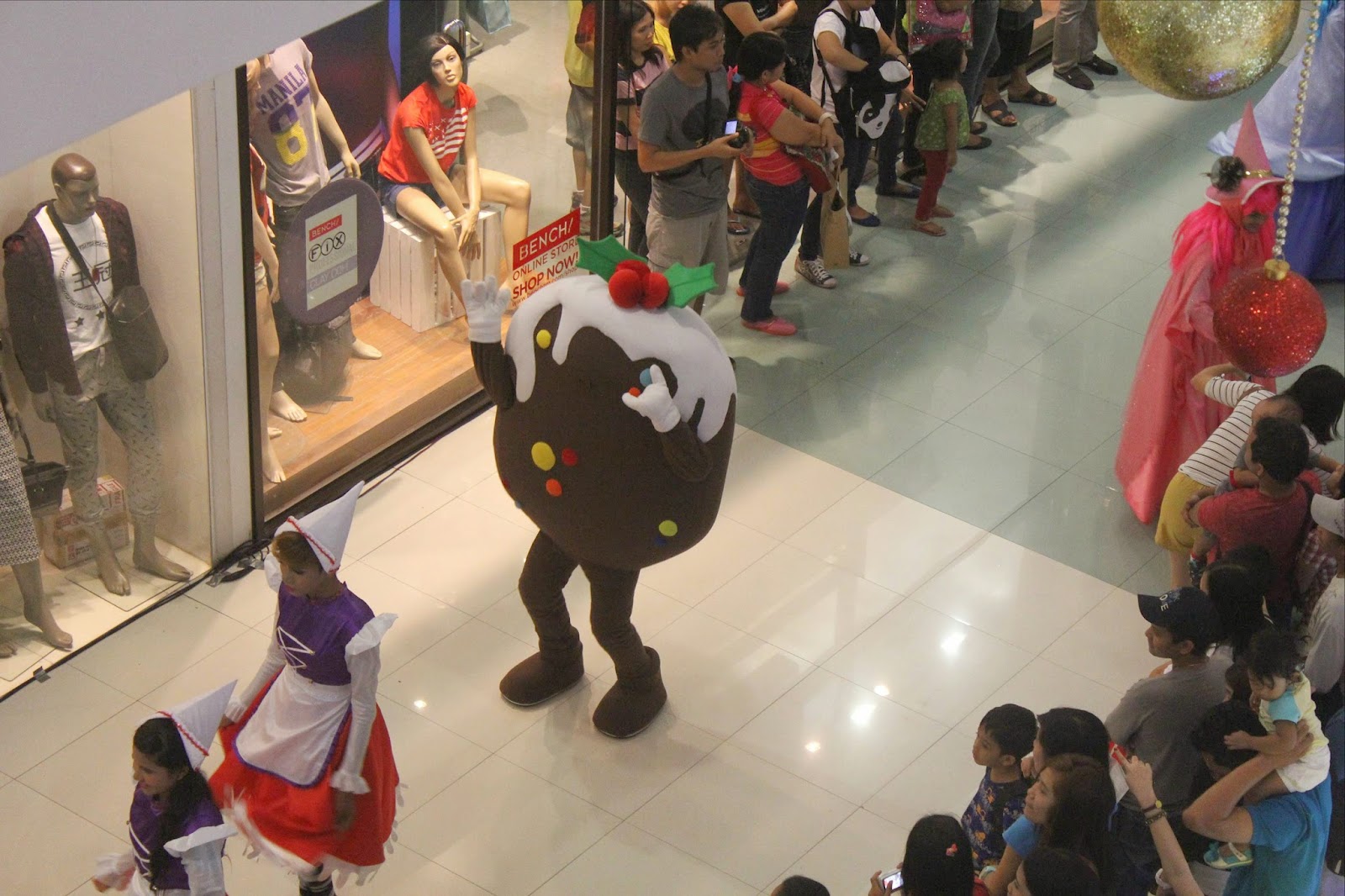 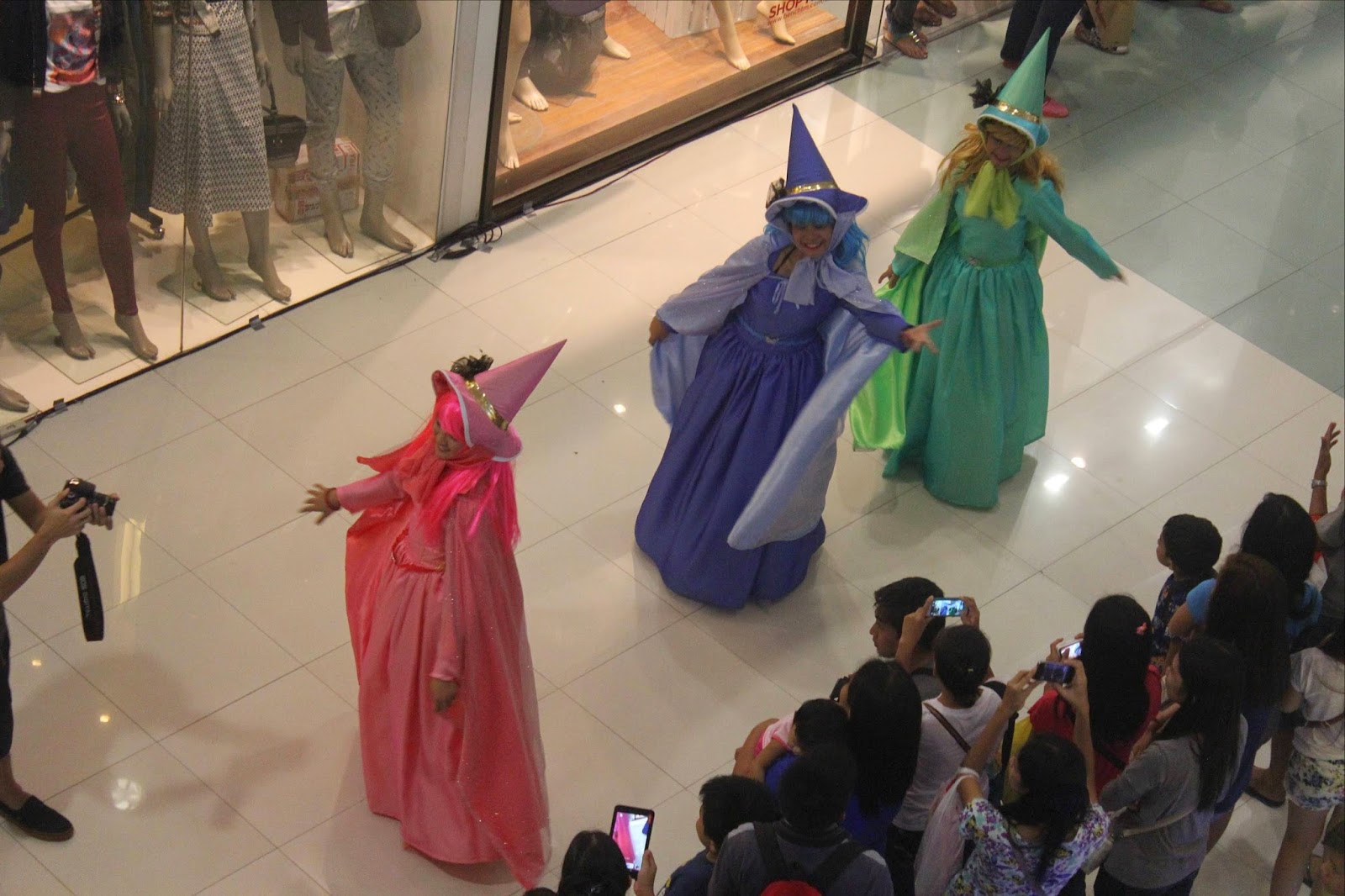 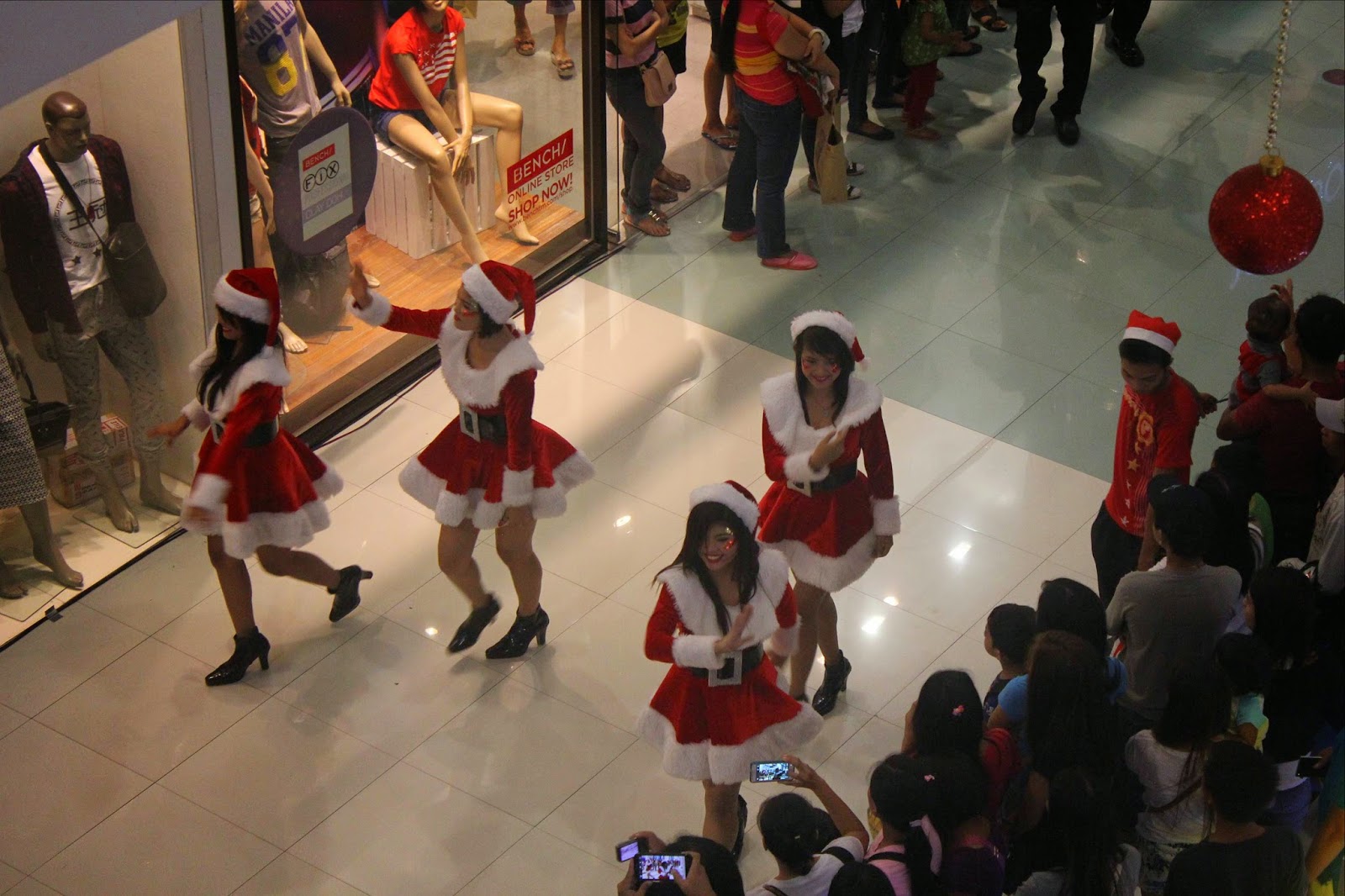 Then a sad looking Santa came all by his lonesome,
when he used to walk together with Mrs.Santa on the
past editions of this parade. This time he is backed up
by two pretty girls bearing the parade logo  behind him. 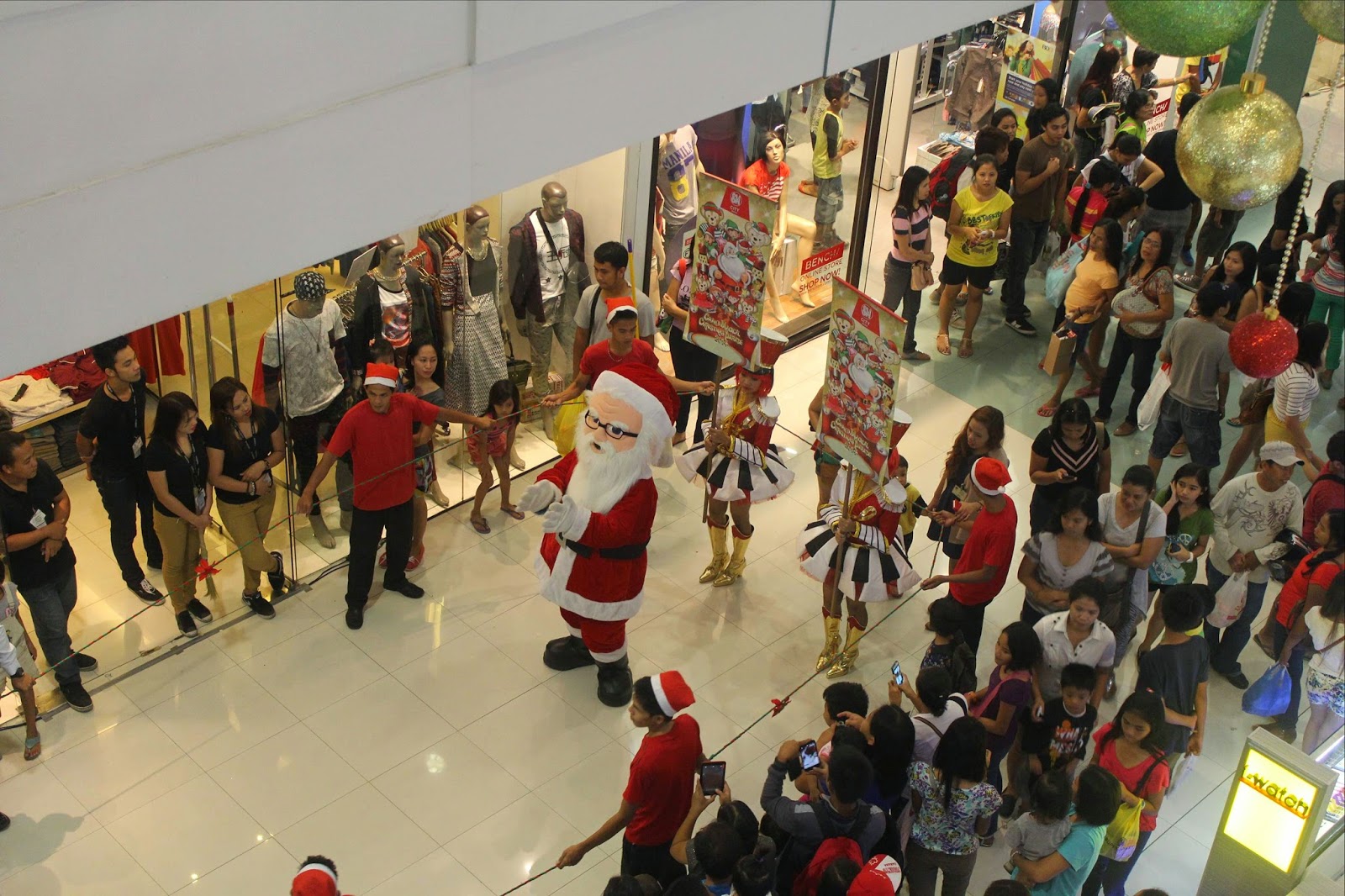 The parade ended with a grand dance number at the activity center
but it was not enough to compensate for this year's lackluster parade. 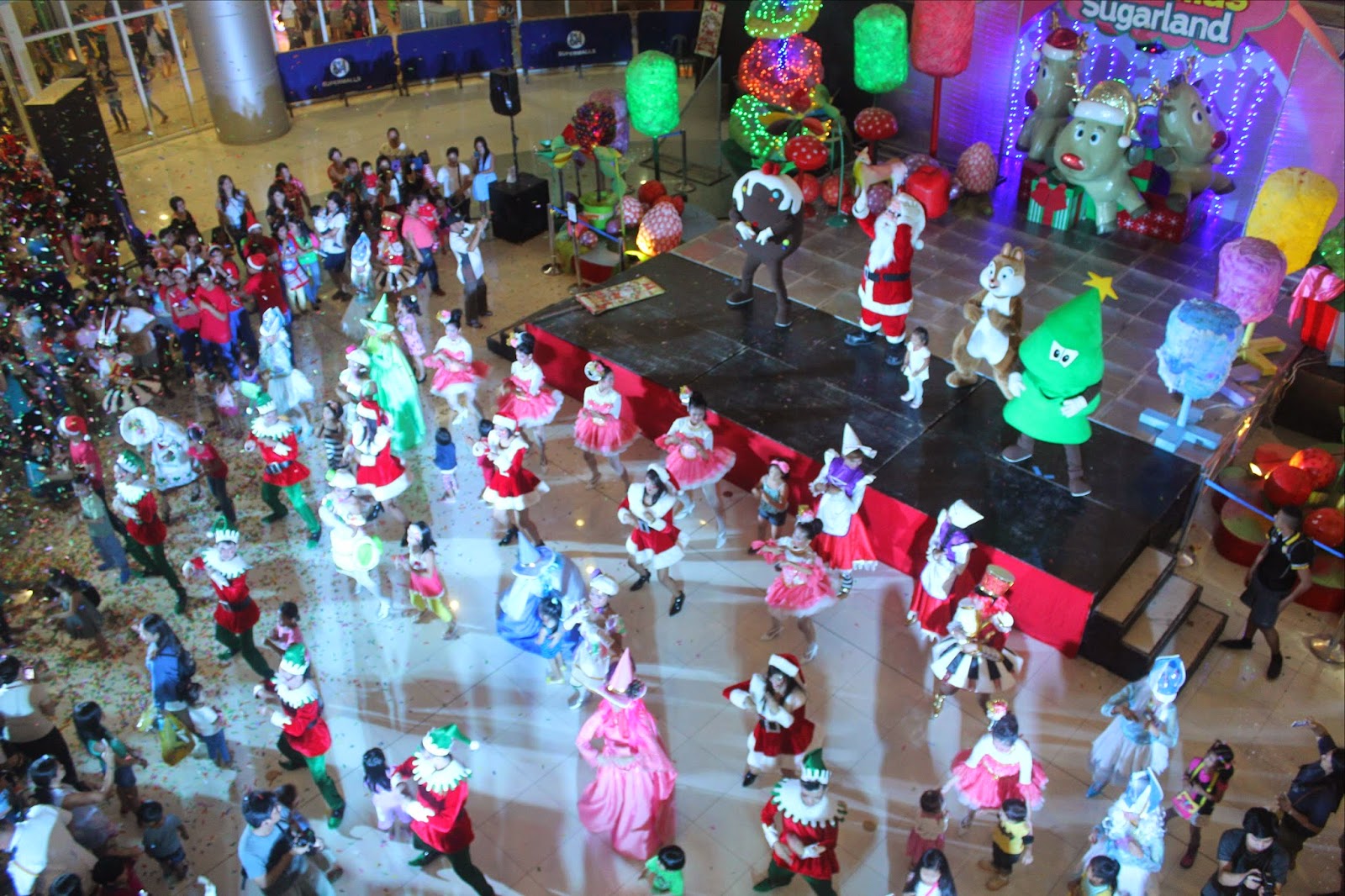 SM City Naga’s Grand Magical Christmas Parade
may have been a disappointment but the Fireworks
Display that followed ived up its name: spectacular. 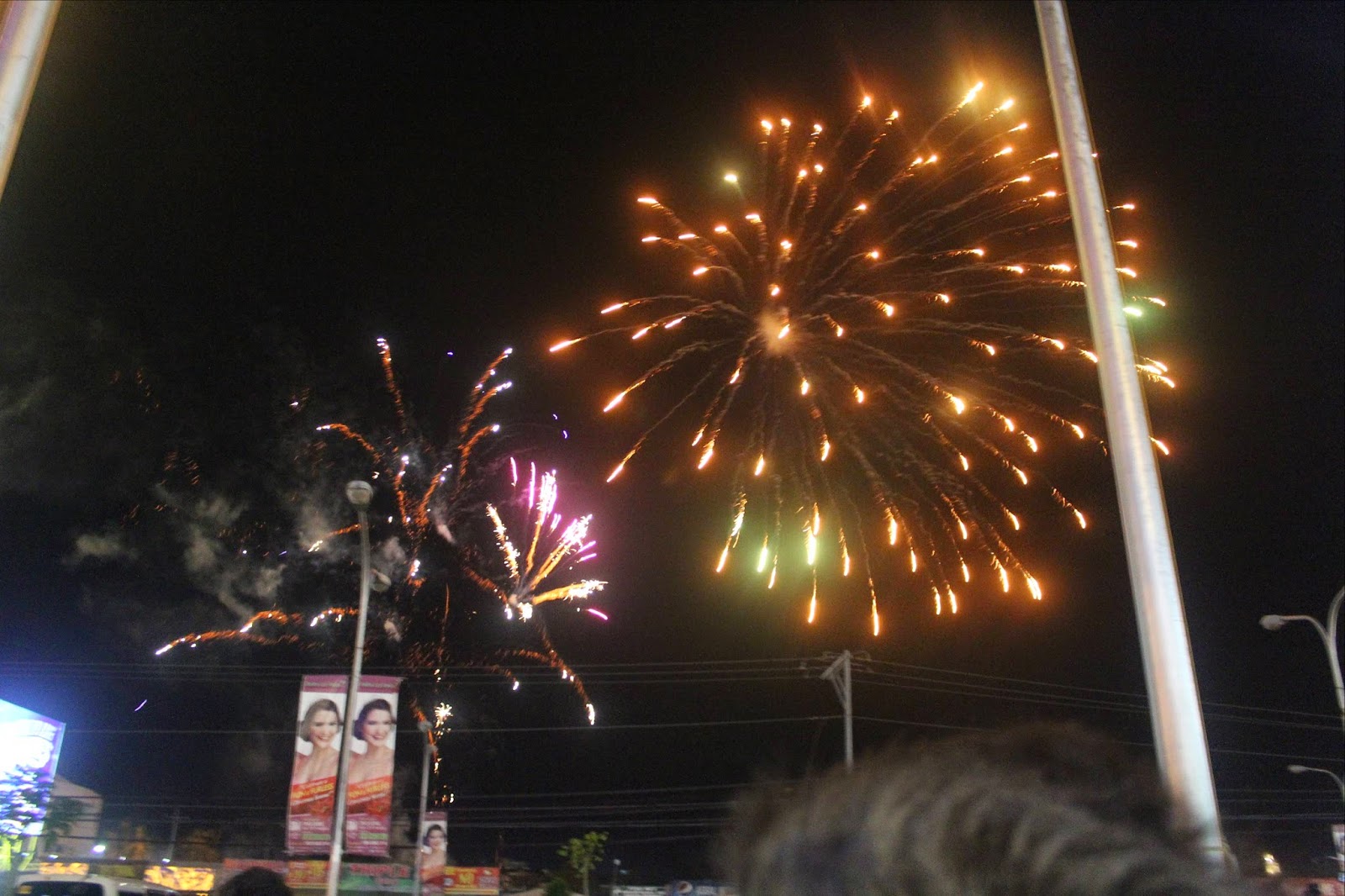 SM City Naga's Spectacular Fireworks Display is worth
coming back again on December 25th  and on the 31st , for
the Christmas and New Year fireworks display respectively.

Read my other Christmas 2014 Series Blogs
on the links below.

Posted by Ramon Caceres at 6:09 PM