The Medieval Festival was in full swing
when when we visited the Old Town Lyon, 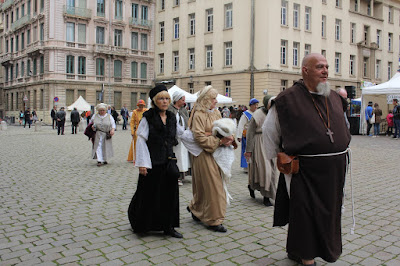 Where the streets and the squares of Vieux-Lyon
are turned into realistic  Middle Ages village, 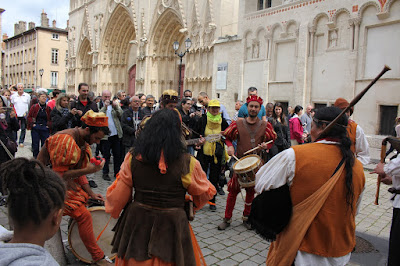 One can walk through the medieval village,
where you can rub shoulders with minstrels,
watch sword duels, choreographed street fights, 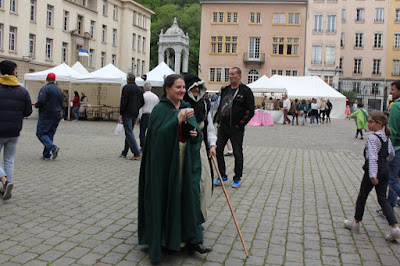 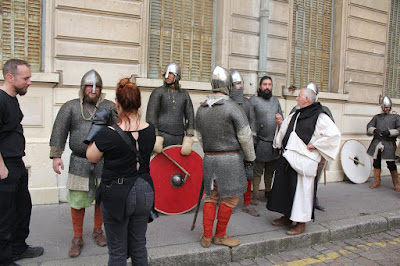 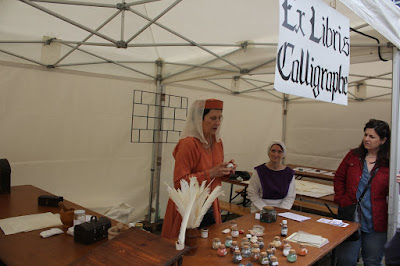 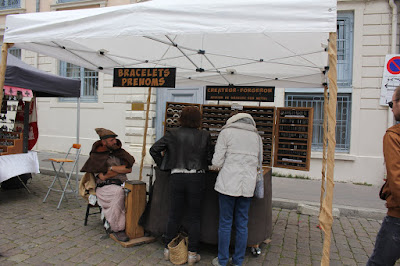 …and best of all  taste food  and drinks of the time, 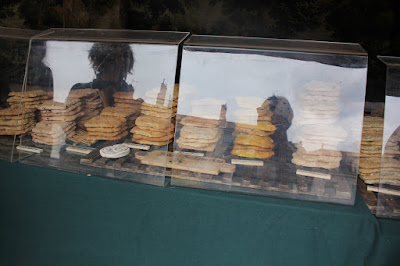 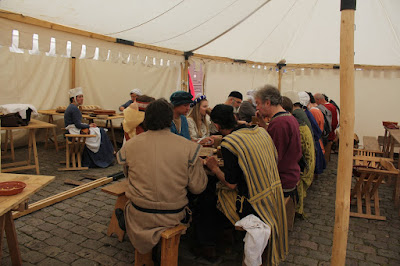 So when I came across
this fifteenth-century  bakery- 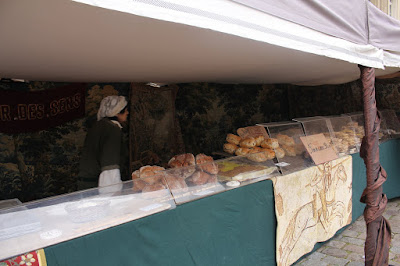 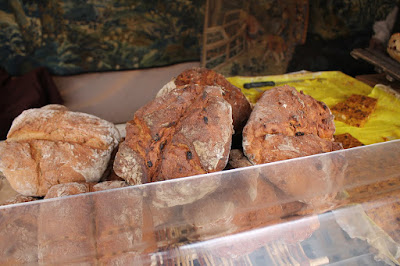 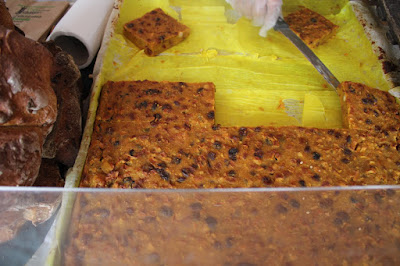 …I immediately bought several slices for my family. 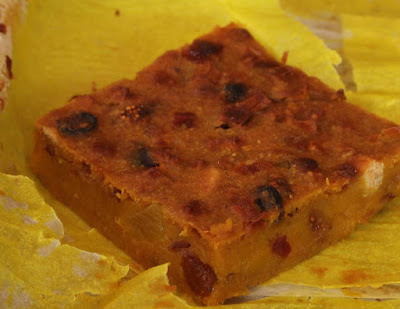 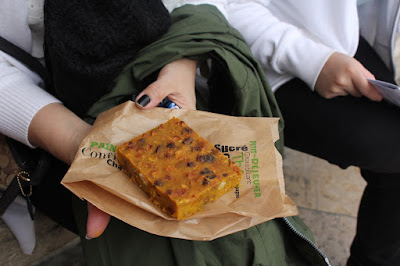 …its ancient version is scented with cinammon and,
mint, sweetened with honey, flavored with raisins
reeking with red wine and tasted like a holiday fruitcake 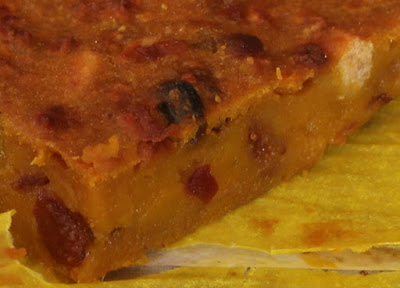 Also called "poor man's pudding," as it way
for the poor French people in the past  to
repurpose stale bread and make it palatable. 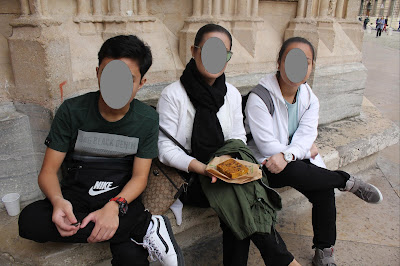 It’s a pudding we would not crave, but we were
fortunate to taste something from the past.