Perched at the top of  the Fourvière Hill,
La Basilique Notre Dame de Fourvière
is probably the most visible structure in
Lyon as it impressively looms over the city. 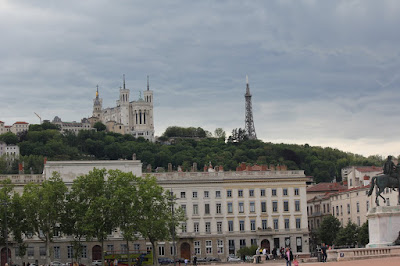 Referred by tourists as the other
Notre Dame Church of France, 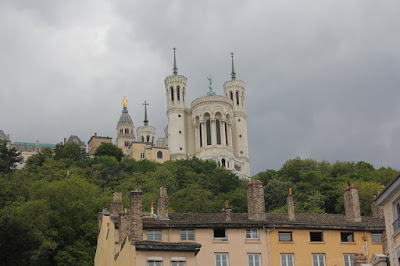 …as it is overshadowed by the
more popular Notre Dame de Paris,
the latter being located in one of
the most popular cities in the world. 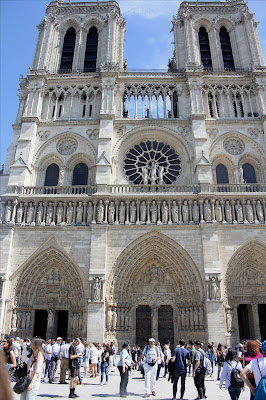 The Basilica of Notre-Dame de Fourvière
was built 1872 dedicated to the Virgin Mary, 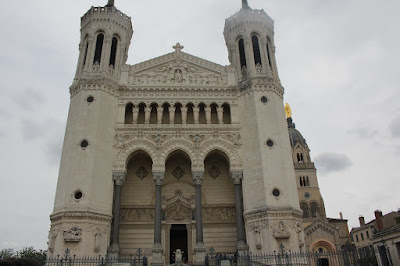 …to honor her for saving of the city of Lyon from the
bubonic plague epidemic that swept Europe in 1643. 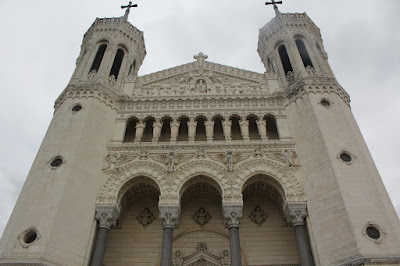 The basilica, is of both Romanesque
and Byzantine architecture by design. 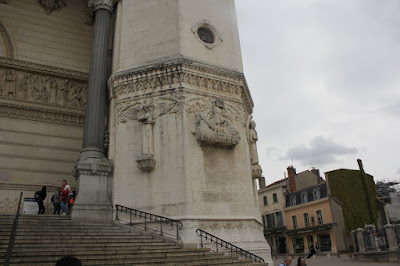 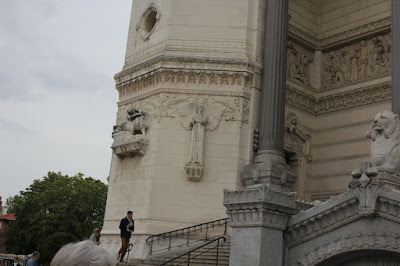 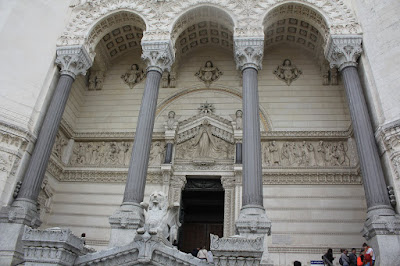 It has four main towers making the church appear like
an upturned elephant with the four towers as legs and
has been called by locals as "the upside-down elephant", 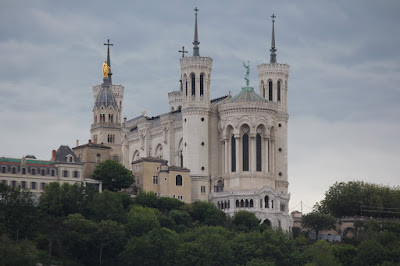 The bell tower is topped with a
gilded statue of the Virgin Mary. 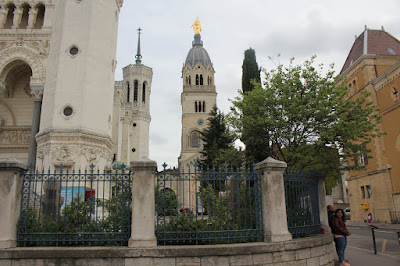 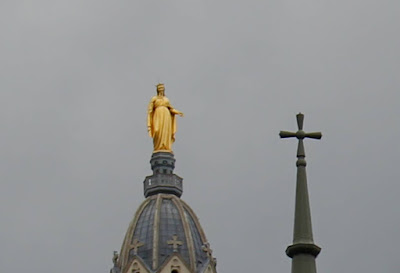 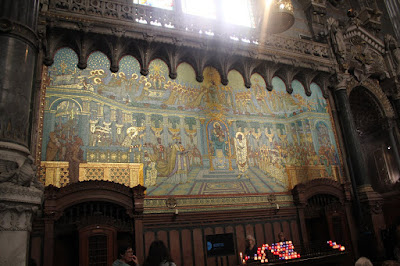 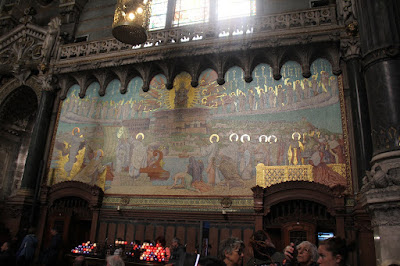 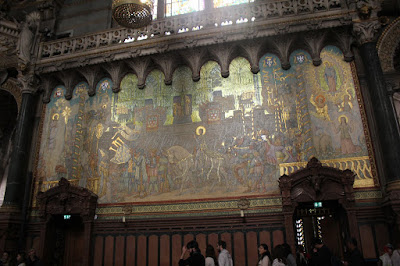 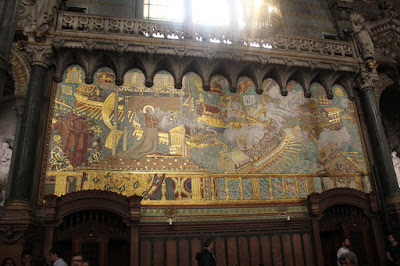 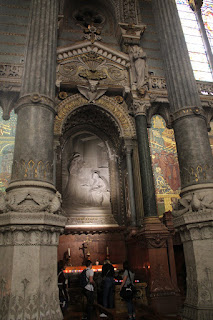 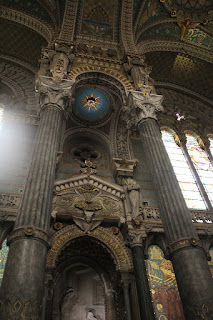 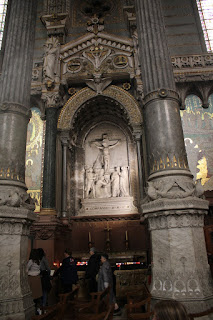 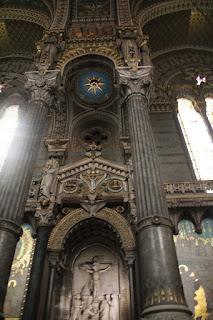 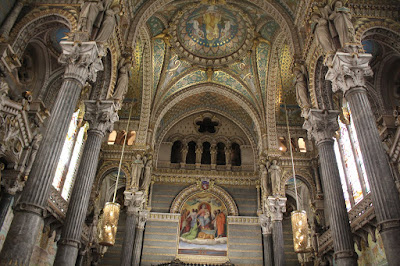 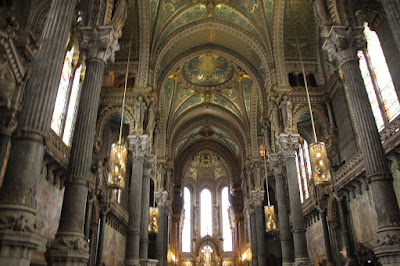 The Basilica, which offers guided tours
and contains a Museum of Sacred Art, 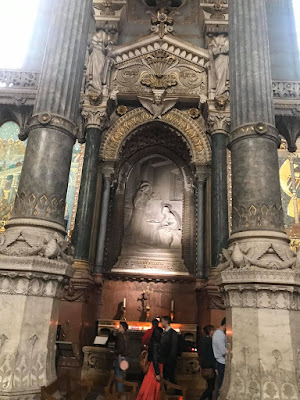 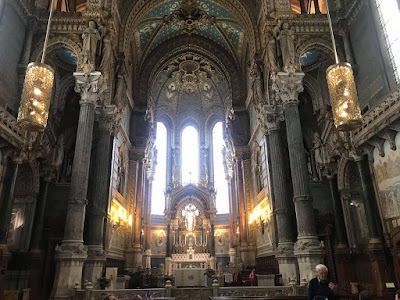 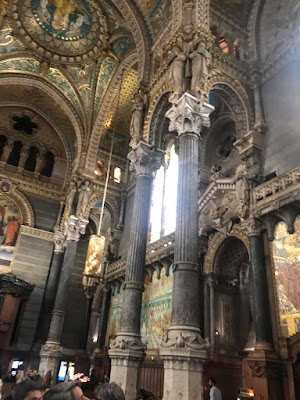 …is visited by about 2 million visitors annually. 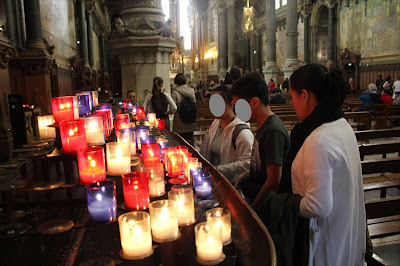 It is one of the city’s tourist top attractions and
should not be missed by anyone visiting Lyon.