Cathédrale Saint-Jean-Baptiste de Lyon or the
Lyon Cathedral  is located at the central plaza of
the Lyon Old District. It was built in 1180 and completed
in 1476, the church had a Gothic the nave and façade. 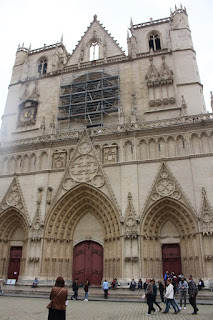 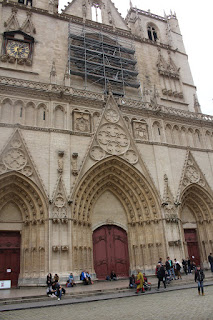 One should take note of the 14th century
Lyon Astronomical Clock at the façade, 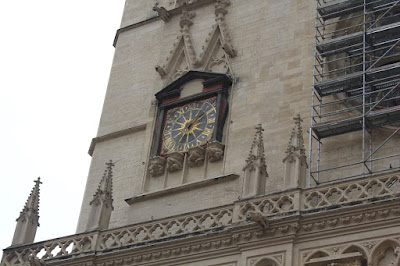 …and the statue of St. John the Baptist
at the ancient church courtyard fountain. 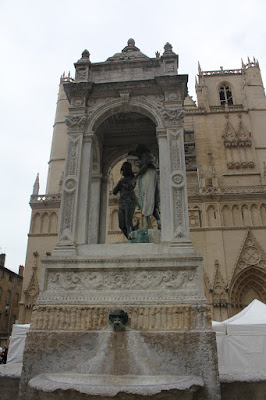 The cathedral was founded by two saints-
St. Pothinus and St, Irenaeus,  both of them
served as the first two bishops of Lyon. 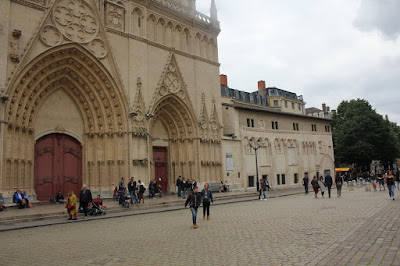 The church interior is of Romanesque design;
including the apse and the choir platform. 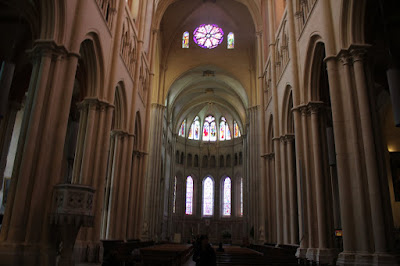 The Church was undergoing
renovation during our visit, 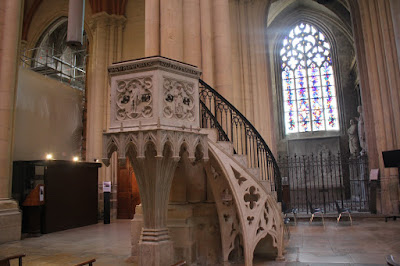 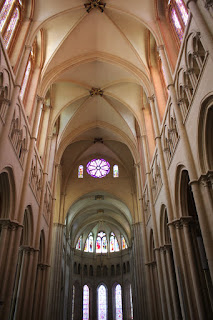 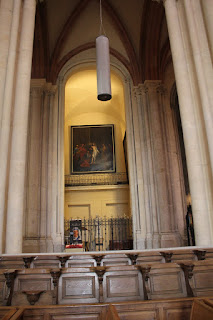 …and everything seem to be on disarray. 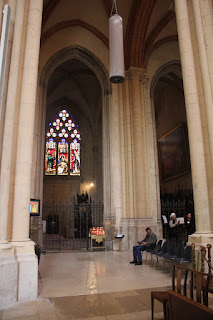 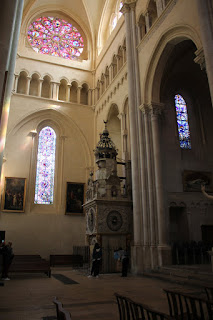 We were looking for  the two crosses at right and  left
of the altar, a masterpiece of 15th century sculpture  as
symbol of the union of the churches but everything
seem to have been covered..with white plastic panels 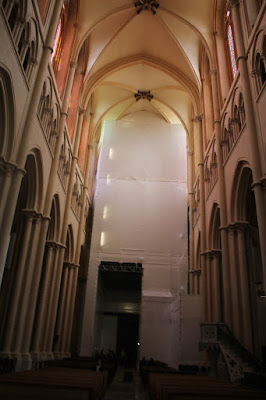 The Cathédrale Saint-Jean-Baptiste de Lyon,
.was the pre-eminent church in Lyon until the
Basilica of Notre-Dame de Fourvière was built.