We were lucky we found a parking space at the
Cereza Magsaysay, where Granjeros was located. 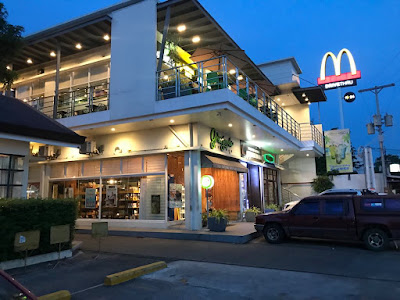 We have been longing top dine in this restaurant
for along long time but the traffic, the chaos and
the lack of parking in Magsaysay Strip has gotten
worse that we have avoided the place like a plague. 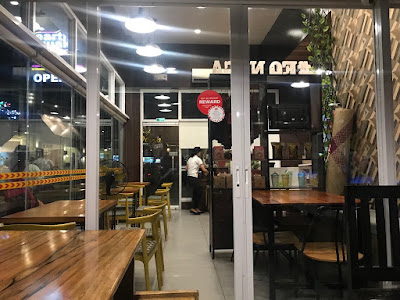 Upon arriving, we ordered Ginger Turmeric Tea
which was an ideal dinner prelude as it is healthy
concoction with a soothing effect. A perfect way
to relax after a stressful traffic- choked driving. 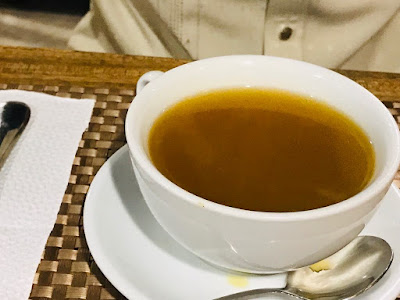 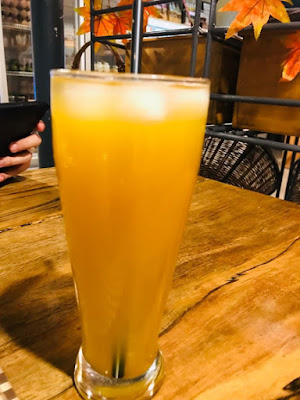 We ordered Langka Ribs Bowl, came as organic rice served in a
bowl topped with what appears to be pork ribs but actually made of
unripe jackfruit.  This could deceive everyone as it had a texture and
taste exactly just like the real thing. It was coated by what appears
like a layer of fat, but a glutinous gel made to look and taste like one. 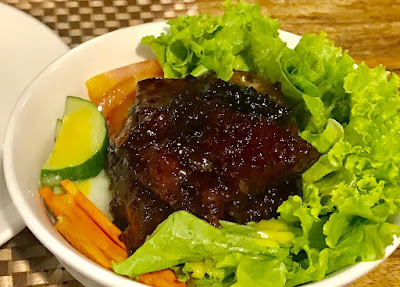 The Vegan Embutido appeared just like a meatloaf.
It is made of various veggies and interestingly tastes
better than the original unhealthy meat counterpart. 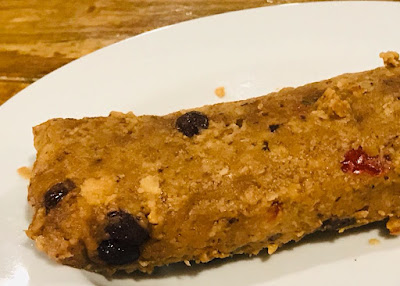 The Vegan Lechon Kawali is deceiving in look and in taste as
it has everything on it from the chewy flesh, melt in the mouth fat
and crunchy skin. It’s a case of something that looks like a pork,
tastes like a pork but is not. It is something healthier as it was made
of textured vegetable protein made to look and taste like the real thing. 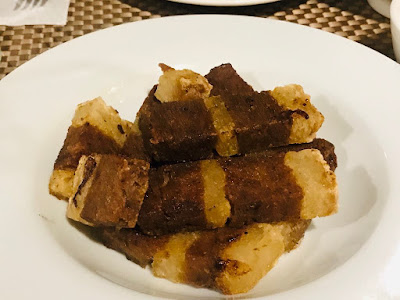 Posted by Ramon Caceres at 3:37 AM