Lokwan is a Taiwanese restaurant
that recently opened at Winwin Mall. 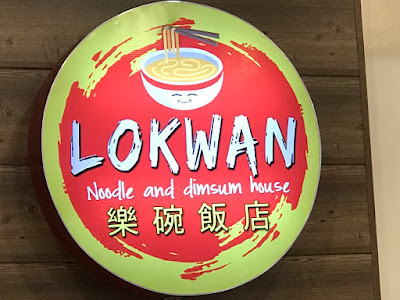 I would say it offers authentic Taiwanese cuisine as ir
is apparently owned  by  true- blue Taiwanese. It was
our first  time here and we didn’t know what to expect. 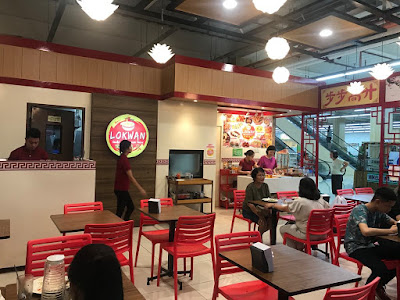 We had Shark’s Fin Dumplings as appetizer and
they were so good that we have to order some more.

The Maki Soup had generous tender slices
of pork cooked in a delicious and aromatic
brown broth with flat noodles and veggies. 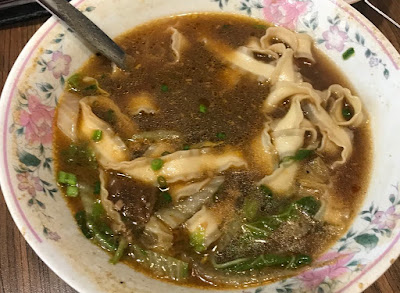 Lumpia Shanghai, I believe is a Filipino dish
and not of Chinese origin as the name implies.
The bite-size  meat spring rolls was addictingly
crunchy and was fried to a golden perfection. 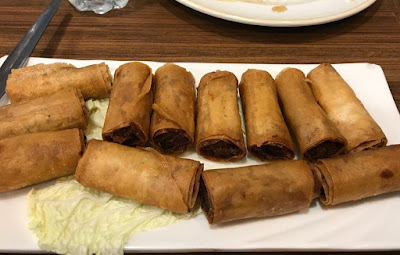 This is probably one of the best tasting stuffed shrimps
we ever tasted. Liok Pit He as described in the menu
(Diok Pit He in other Chinese restaurants). It is similar o
Pinoy’s relleno. The stuffed shrimp was wrapped with
breaded pork and fried to golden crispy perfection. 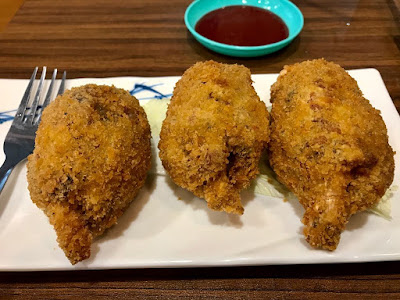 Lechon Macau is the counterpart of Pinoy’s Lechon Kawali.
While in the latter uses a pre- cooked slab of pork belly that
is later deep fried, the Chinese version, goes directly into the
oven and roasted. This version had a perfectly crunchy skin
and tender meat that was bathed with a delicious liver sauce. 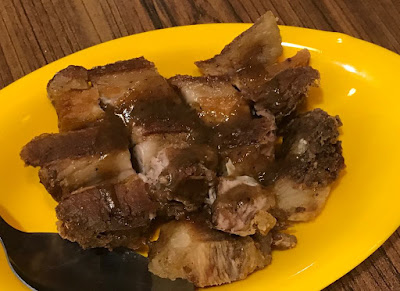 The tangy Lemon Chicken was also very delicious.
This version of used chicken pieces coated in batter,
deep-fried and served with the lemon-glaze sauce. 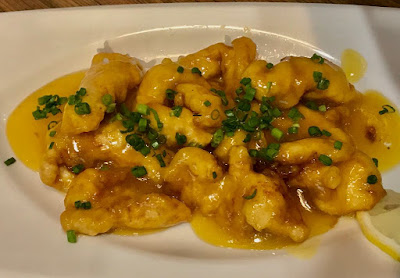 We love ampalaya as it is my family’s favorite vegetable.
Lokwan’s Stir Fried Ampalaya with Tausi has some
oriental blend with the addition of oyster sauce and black
beans. The extra brine was a tasty addition to the dish 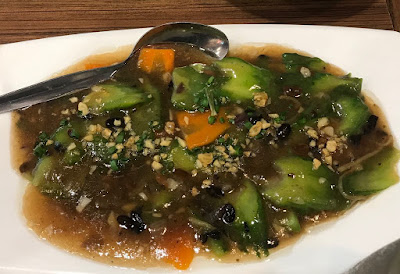 Everything that was  very delicious and we only paid a little
over one thousand pesos for a hearty seven course authentic
Taiwanese dinner. Lokwan is one budget friendly restaurant.
Posted by Ramon Caceres at 2:39 AM