Fame and Infamy
Time Magazine's Tribute to a 'Bicolanang Oragon'

When Time Magazine announced that President Rodolfo Duterte
topped the on- line poll for the magazine’s 100 most influential
people in the world, his die hard Filipino supporters rejoiced for
what was supposed to be a 'colossal honor' that he received. 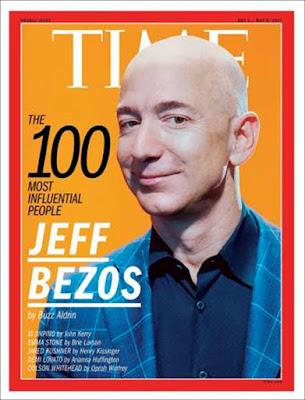 However, when the magazine was released, to everybody’s surprise,
he shared the ‘honor’ with the feisty  Bicolana Senator Leila de Lima,
a human rights lawyer and Duterte's most vocal critic whom he put to jail. 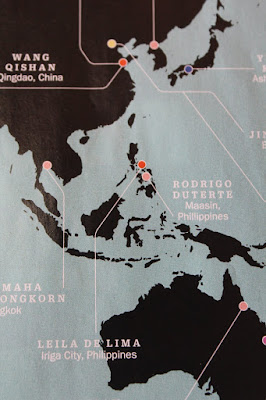 Little did they know, that is was a vote between fame, 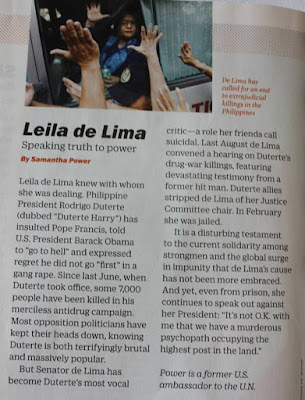 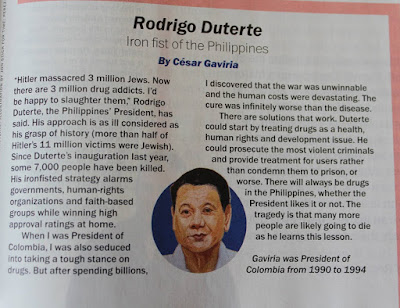 After the publication, a deafening silence among Duterte fanatics
followed as the article served as a tribute to the 'Bikolana Oragon'..