Flavours Gastronomica, one of our favorite restaurants
is known for their European and Mediterranean specialties, 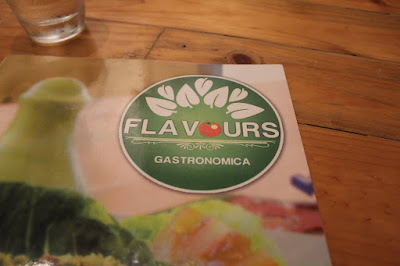 …so we were happy to see that they added
several new Filipino dishes in their menu. 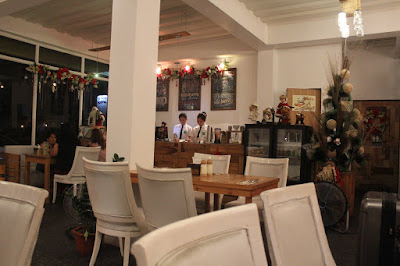 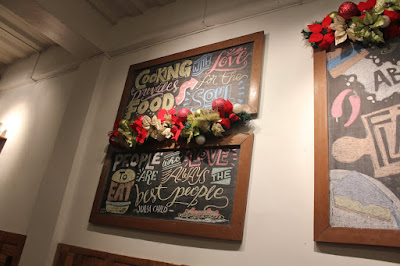 It came as a set meal called
Flavours’ Family Meals, 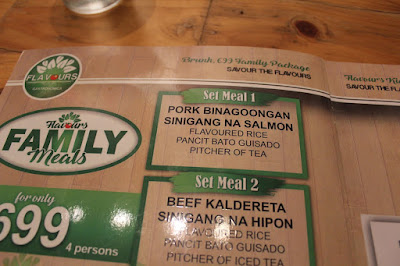 …that comes with a pitcher of Iced Tea, 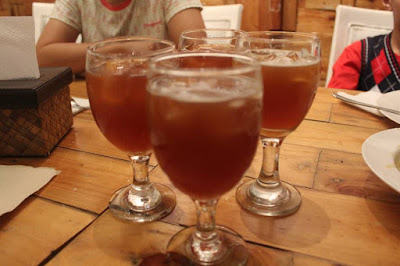 …and a bowl of Flavored Rice. 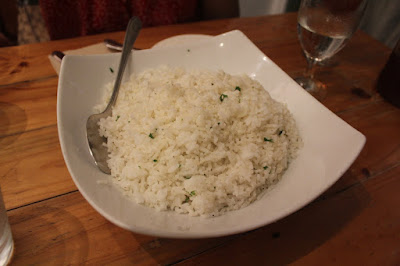 The Sinigang na Salmon was delicious as
the broth was not hideously sour, the veggies
were fresh, crunchy and not overcooked. 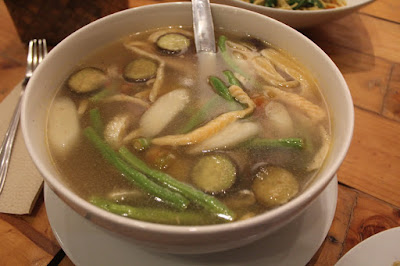 The downside of this otherwise tasty sinigang was
using belly strips instead of larger chunks of salmon
belly. The slim tender pieces of salmon have a melt
in the mouth consistency making it almost taste- free
that the sinigang appeared like it was a fishless dish. 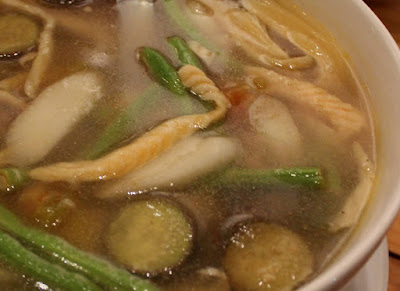 I am addicted to Pancit Bato and I was glad that it
was included on the set meal. It was a delight to find
out that this is probably one of the best tasting versions
of this region’s extremely popular indigenous noodle. 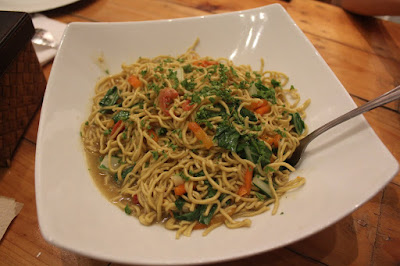 Pork Binagoongan was included on the meal deal,
since we are never bagoong fans, any dish with this
repulsive and smelly shrimp paste is always on the
last of our list. But the Flavours Gastronomica version
of this popular but malodorous dish is a work of magic. 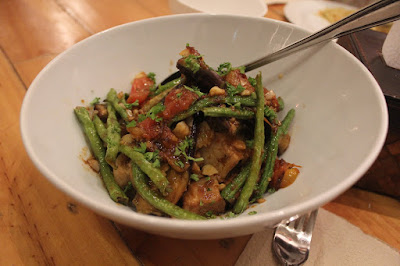 The chef had incredibly concocted what seemed
to be an invisible bagoong. You don’t see it, but
the delightfully sweetish- salty taste is there, with
no dreadful smell, and not awfully salty at all. 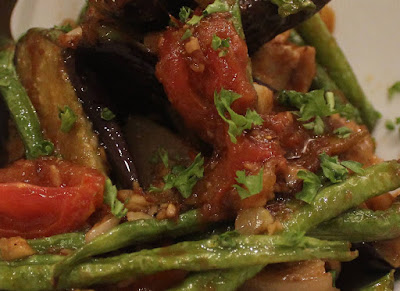 Despite of already having sinigang we still ordered
Potato and Crab Chowder as my daughter craves
for this creamy and exceptionally delicious soup. 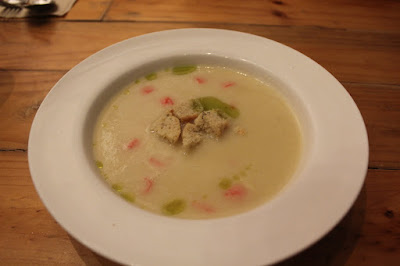 We also ordered Beef and Mushroom Casserole
for my young son, who dislikes salty and greasy
food which unfortunately most Filipino dishes are. 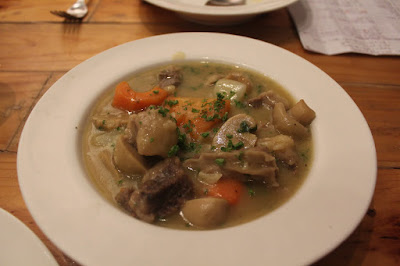 The Meat Overload Poutine that we ordered as appetizer was
a tremendously delicious dish. The French Fries was generously
bathed with richly flavored meat sauce, overflowing with ground
beef, bacon, tomatoes and topped with thick and tasty cream sauce. 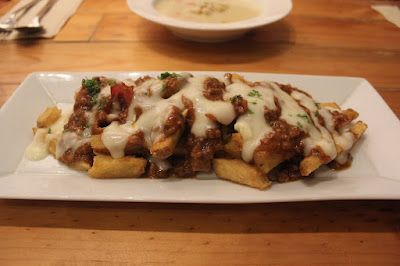 Flavours Gastronomica, being one of our favorite restaurants,
we have already tried everything that had to offer in their menu. 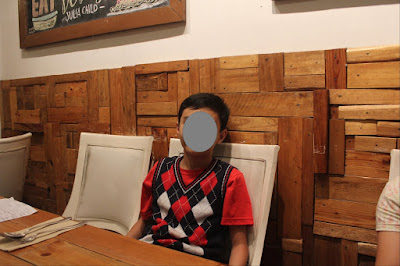 Their specialty are mostly European- Mediterranean dishes and
I am happy they have a new offering of local dishes for a change.