It took us a while to dine once more at Que Pasa
as it had undergone renovation for several months, 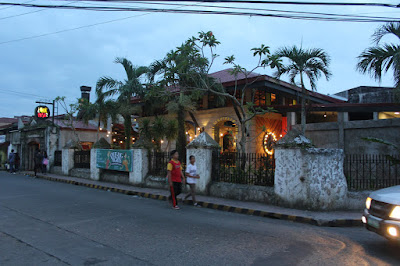 …when they added Bigg’s Barlin
at the rear part of the restaurant. 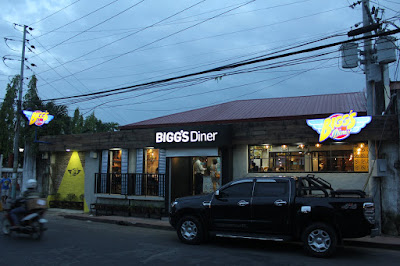 Since the restaurant is located in a street corner,
Bigg's faces Barlin St., while Que Pasa is on Paz St., 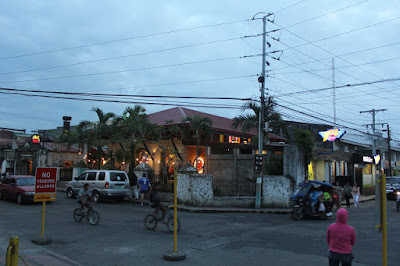 …right in front or Porta Mariae. 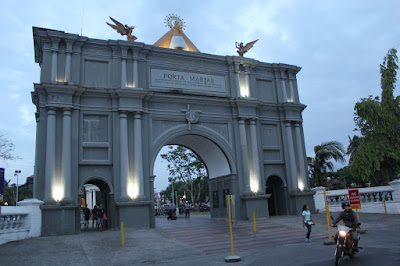 While most Bigg’s restaurants are
designed like gaudy American diners, 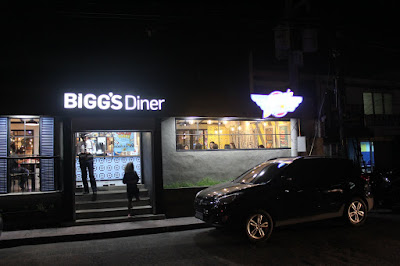 ...the Barlin branch has an ancient  Hispanic- colonial appearance to keep
up with the theme of being located in Naga City’s old historical district. 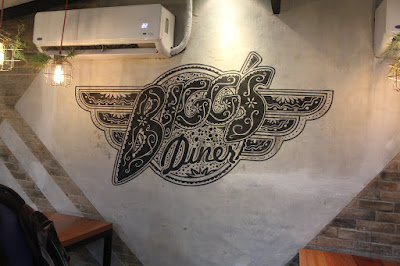 There are two air- conditioned  dining areas, in the
new Bigg’s Barlin. The first one near the entrance, 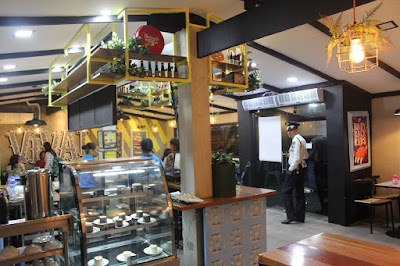 …and another one encroaching the Que Pasa
area but separated by a clear glass enclosure. 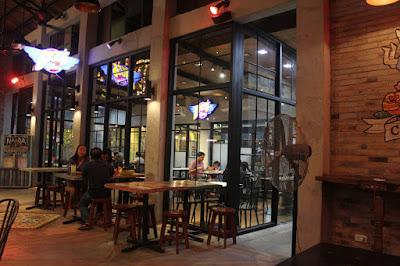 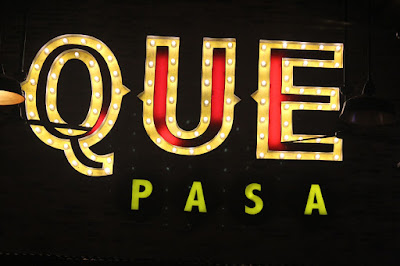 …the walls are painted by talented local artists, 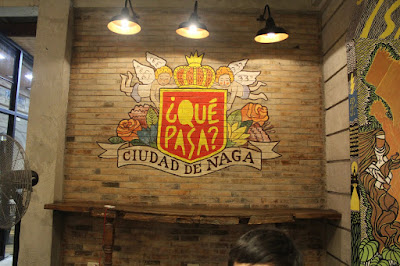 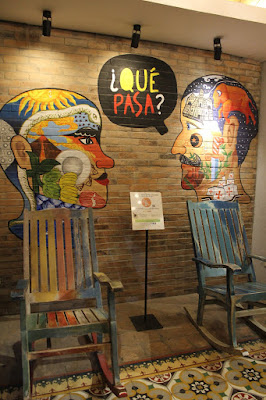 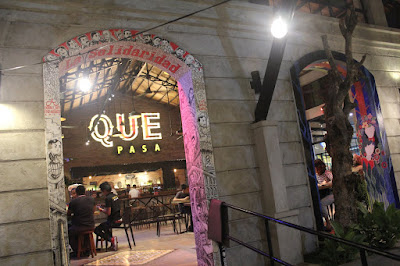 ...it is very photogenic, 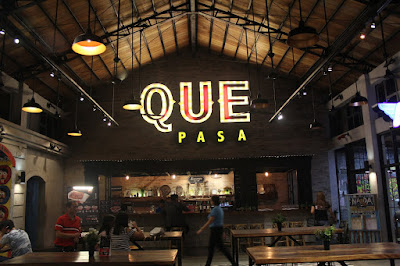 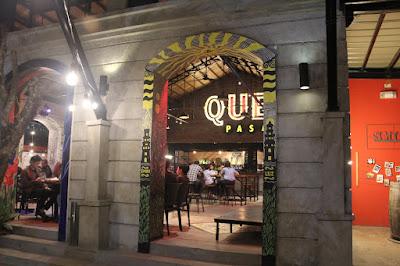 …that even the toilets and the
washrooms are photographable. 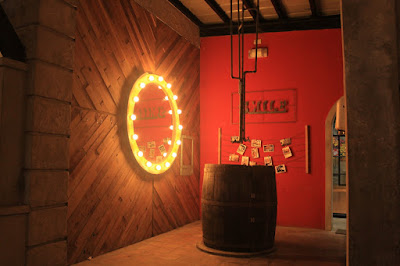 I personally believe that Que Pasa is probably
the most instagrammable restaurant in Bicol. 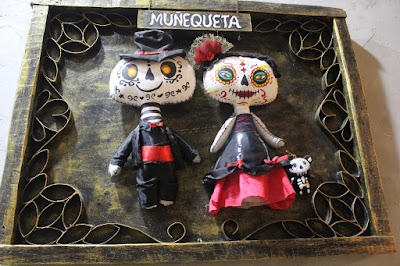 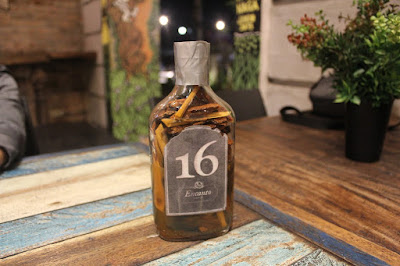 Que Pasa specializes in barbecue,
I ordered a Half Rack Ribs, served
with two side dishes of your choice 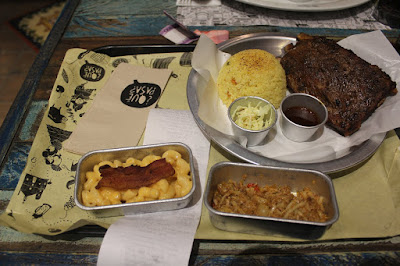 I would recommend eating the BBQ Ribs without
the barbecue sauce as the marinade already tastes
naturally delicious, devoid of any artificial flavoring. 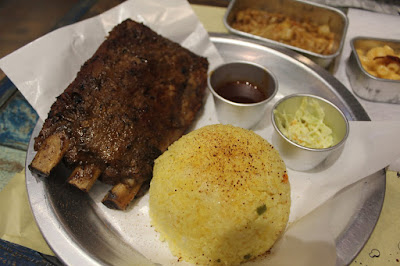 It was served with a generous mound of Spanish Rice. 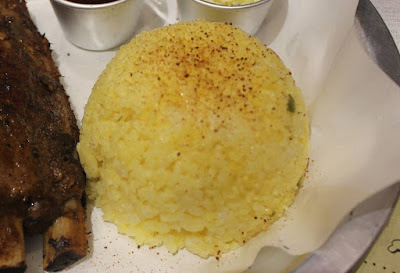 I chose the tasty Baked Mac and Cheese,
topped with a strip of bacon as a side dish, 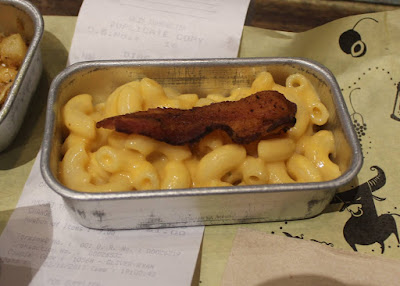 …and Bicol Express for the second side dish.
This would however, make you order more rice
to neutralize the inertly salty dish and to dampen
the spicy sting of the fiery hot ‘siling labuyo’. 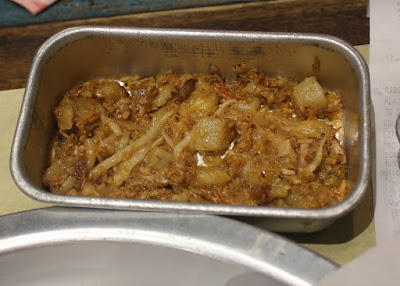 My family however chose all time Bigg’s favorites,
where my son ordered a Crispy Chicken Meal, 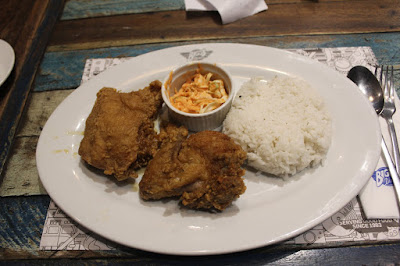 …my daughter had the delicious and
saucy sizzling Tenderloin Tips, 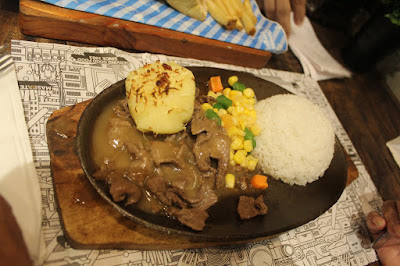 …while my wife had a hale
and  hearty Tuna Sanwhich. 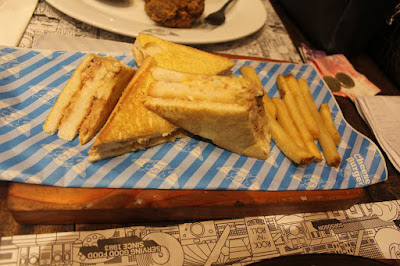 The best thing that ever happened to Que Pasa
is having   Bigg’s Diner, the biggest and an iconic
Bicolano fast- food  chain right beside it, as it
widened the choices and the variety of the menu. 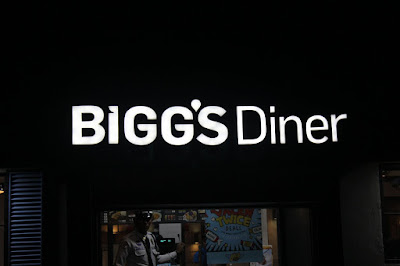 The twinning of Que Pasa and Biggs in the historic
Barlin area created a perfect and beautiful partnership, 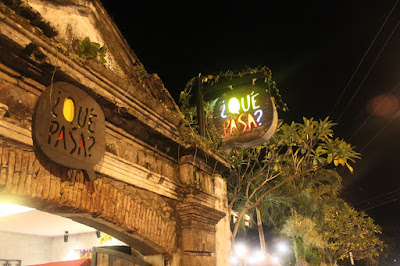