It was some kind of miracle when we spotted a vacant
parking space in front of the Jack’s Blue Plate Express
at the perpetually busy Panganiban Drive on a weekend. 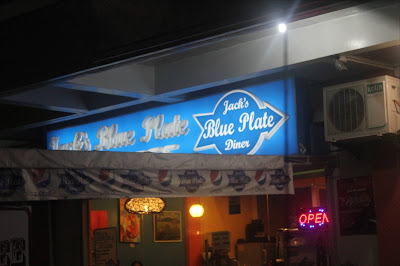 We have been longing to return to their branch
Magsaysay but it is impossible to find a parking
space on that ever busy dining  strip on a weekend. 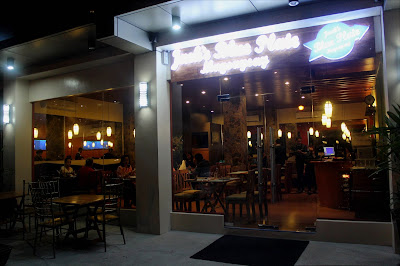 Jack’s Blue Plate Express is more
of fast food rather than a full restaurant . 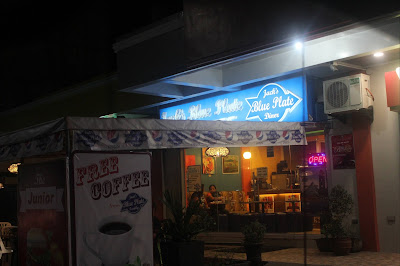 ...as  compared to the
Jack’s Blue Plate Diners
in Magsaysay and Pili. 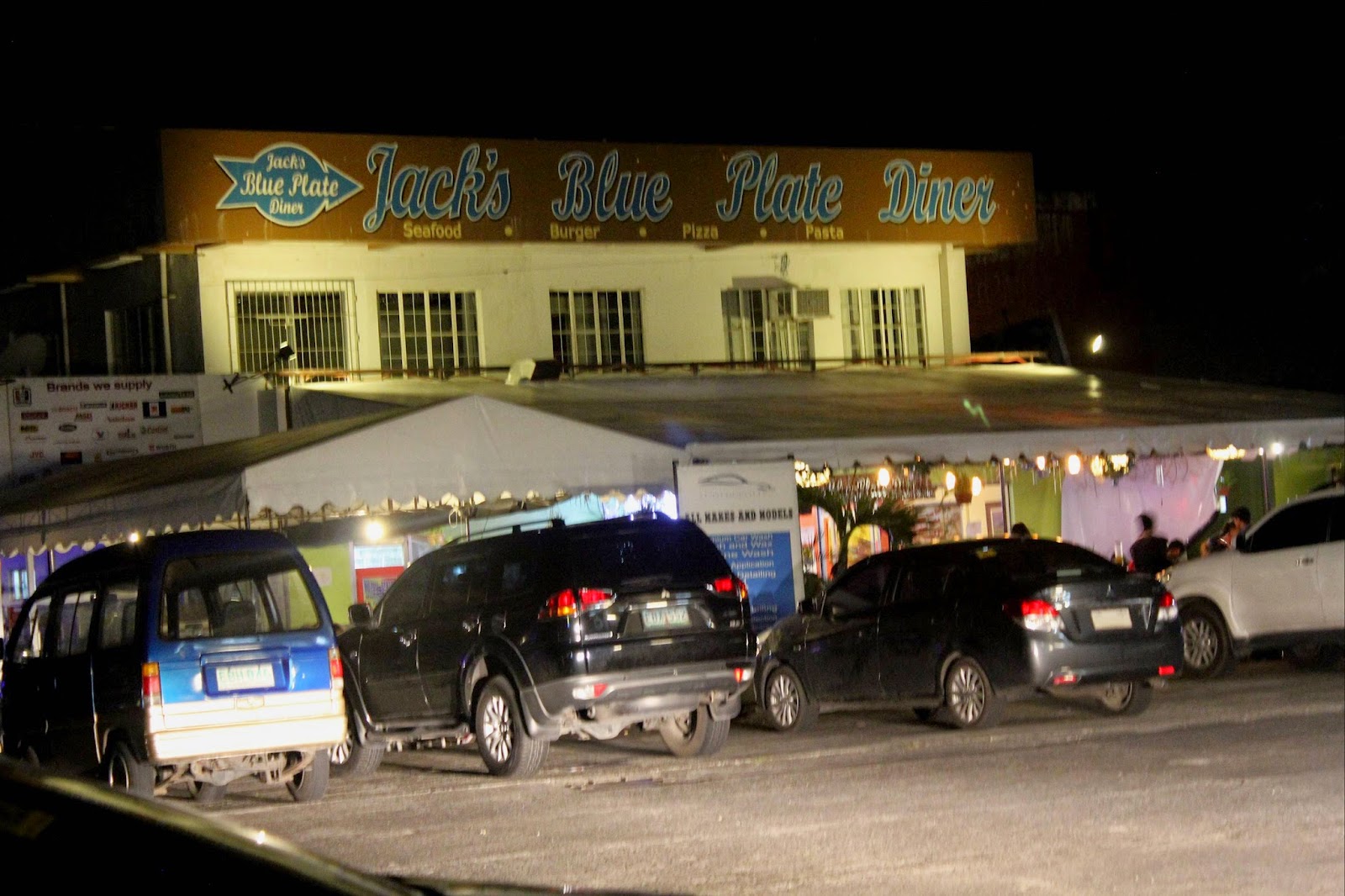 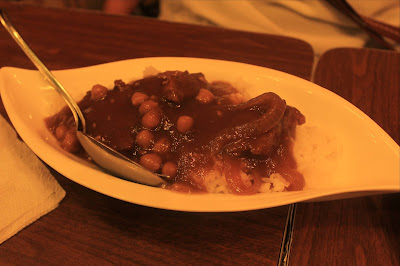 ...which by the way are delicious and affordable- 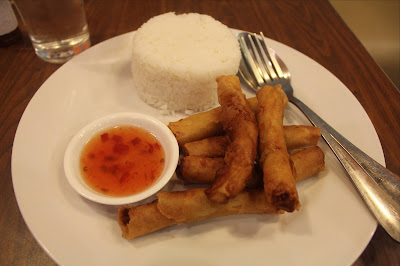 ... but that’s okay- as their extremely popular
hamburgers are available here anyway. 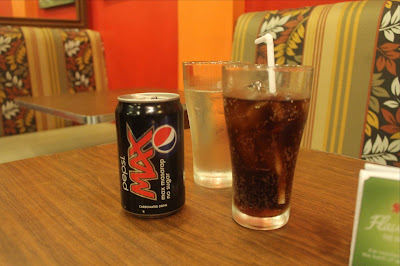 This is a place to go when one wants to binge eat as
the food is really good and their servings are huge. 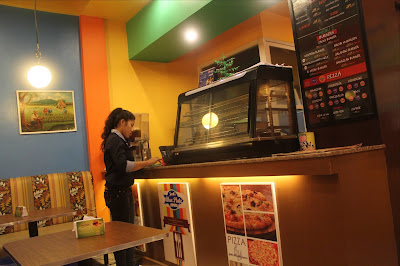 And that’s exactly what we wanted to do- binge eat.
It had been quite a while since we last dined here so
we were craving to pig out in what probably is Bicol’s
version of the iconic Denny’s Restaurant in the US. 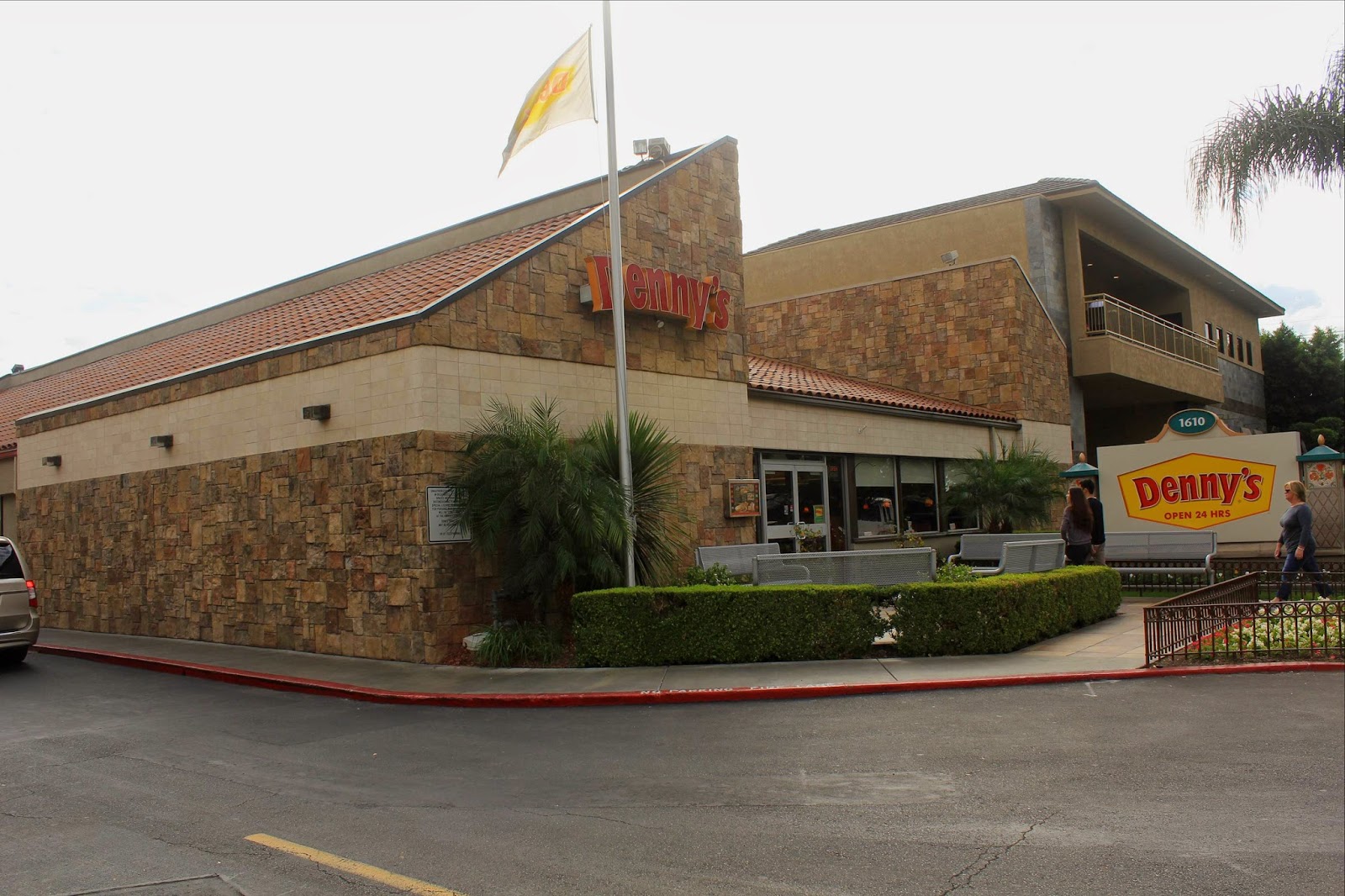 We ordered two of their popular enormous
burgers, the Bacon Mushroom Angus, 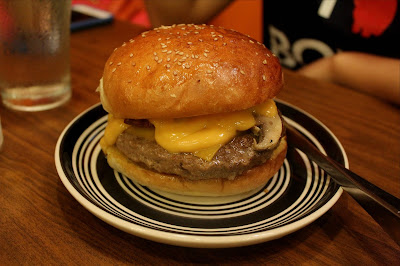 …and the Jalapeno Angus Burger, both
of which are so damn good and huge
enough to whet everyone huge appetites. 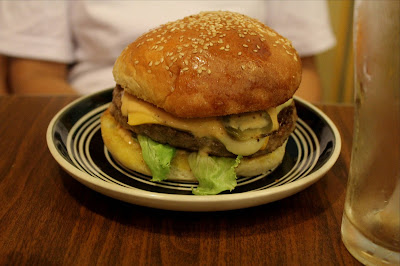 But no matter how colossal the burgers were, they were so good
that we ended craving for more- so we ordered an additional
Mushroom Patty Melt. The bread was generously greased with
butter before toasting giving it a melt in the mouth goodness. The
tender and juicy angus beef burger patty was bathed in delectable
mushroom sauce and topped with melted cheese, that was oozing
out from what I believe is the most delicious sandwich in the world. 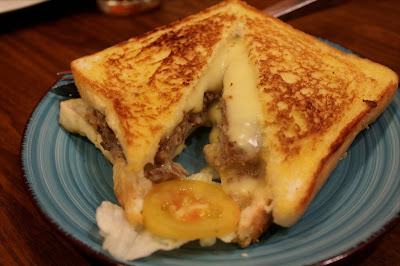 We never fail to order their Fish and Fries, as nothing
comes close to their version of this dish in the province.
This best of Bicol dish comes as a huge slab of batter-
coated fish fillet, fried to golden perfection that is delicious
and crispy on the outside but very juicy and tasty inside. 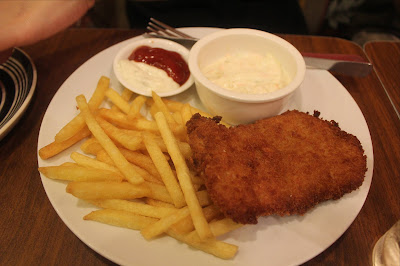 We also feasted on yummy Onion Rings. It was perfectly fried
and evenly coated with batter that does not fall off when eaten. 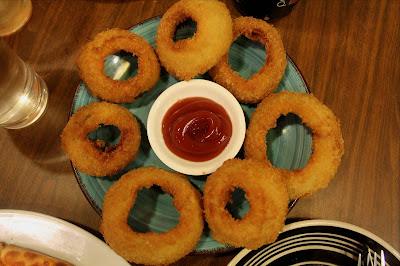 This restaurant also serves some of the best pizza in town
and we ordered a Solo Pepperoni Pizza. It was big enough
for a family of four. The pizza crust was soft and chewy, the
gooey melted mozzarella was overflowing and was topped
generously with flavorful pepperoni. It was very delicious. 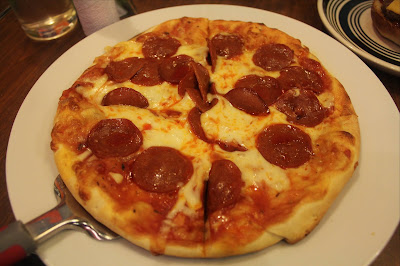 The pizza came with a free Solo Burger, 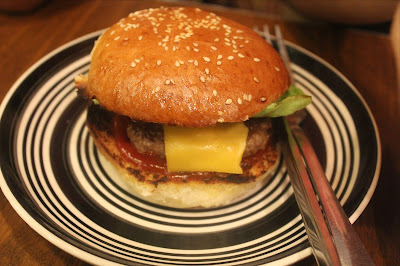 …and we ordered another Solo Burger. We didn’t get to
taste the burgers as we had them wrapped so we could give
them to the two security guards on duty in our subdivision. 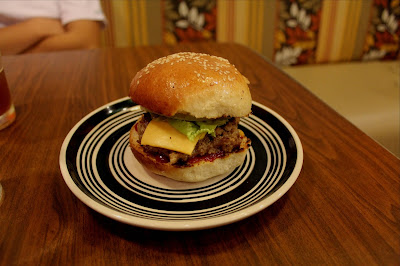 My son still wanted to eat something with rice for dinner, so
we ordered a Classic Home Style Fried Chicken. I believe
this is probably one of the best fried chicken dishes in the city.
The chicken leg was huge, plump, juicy and was very tasty. 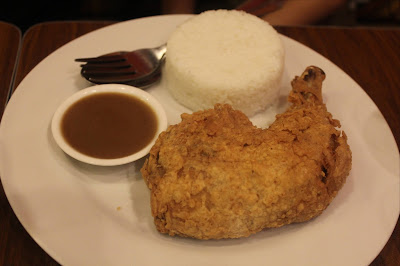 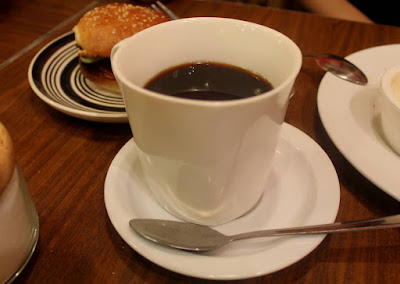 Jack’s Blue Plate never disappoints. The service, the taste
and the quality of the food has been maintained consistently
even after  they  expanded with two branches in Naga City.