One disadvantage of dining out on a long weekend
is the difficulty of finding a parking space among the
more popular and crowded restaurants  in Naga City, 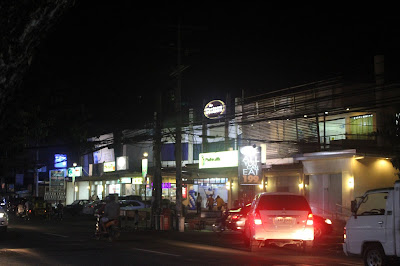 …but it could be a blessing in disguise as it may take us to
lesser known dining places which could be a hidden culinary
treasure that may have missed and waiting to be discovered. 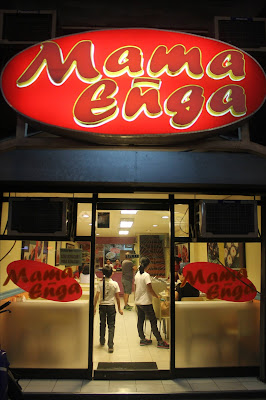 That exactly what happened to us on one long weekend when  after
driving around  aimlessly for several hours led us to  Mama Enga.
The only restaurant in the city with an available parking space then. 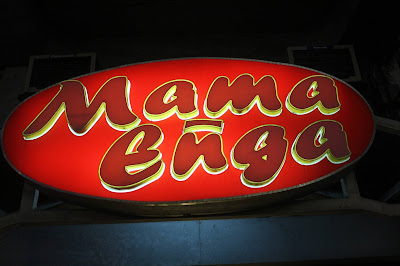 Mama Enga is a ‘turo- turo’ style restaurant where
pre- cooked dishes are displayed on a glass encased
counter. It is also where the diners can choose and
point out the food they order- thus the Filipino word
‘turo- turo’ that means pointing out by the index finger. 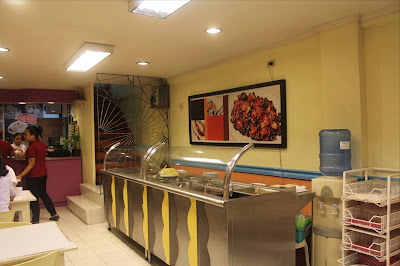 Our dinner started with Ensaladang Ampalaya.
This is a must try appetizer in this restaurant. It is
made of raw and crunchy Bitter Mellon marinated
in light vinegar topped with tuna flakes, fresh
tomatoes and red onion that spiced up the salad. 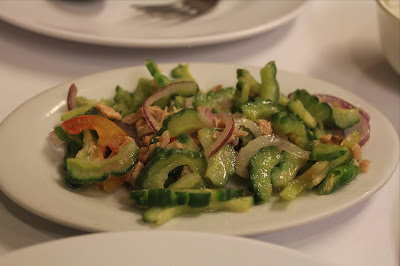 The Sinigang na Baboy was unpleasantly sour.
It was so intolerably sour and it tasted like it was
unpalatable for human consumption. No one dared
to touch it for the fear that it would not only leave
our faces contorted but we may end up convulsing
instead of having the usual ‘asim kilig response. 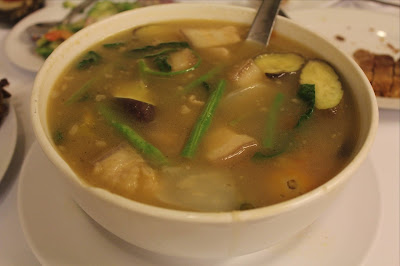 The good thing that they give a Free Soup
to all diners and it was very delicious and
tasted a lot better that the Sinigang na Baboy. 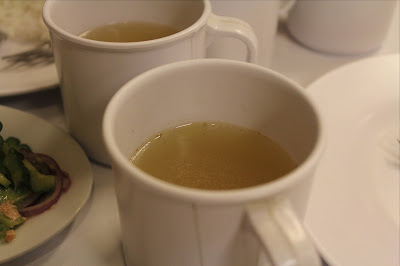 The Lechon Kawali didn’t look attractive-
but is was fried to perfect crunchiness on the
outside and chewy tenderness on the inside. 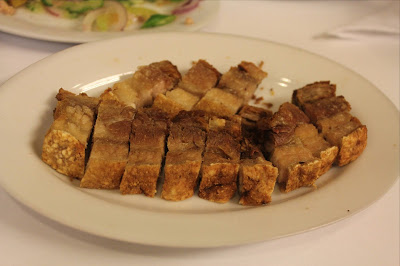 It was so delicious that one would not
even need the Mang Tomas Lechon
sauce served  together with the dish. 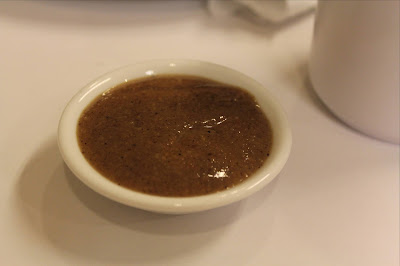 The Pork Adobo with Banana Flower may be one
of the best adobo versions that I have tasted in the city.
I have always disliked most of Pinoy traditional adobos
as they are usually very salty and grossly greasy. This
one is a cut above the rest as it was made of lean meat.
The dried  banana flowers may have absorbed the salt
less briny than the more popular versions. It also made the
dish more flavorful as provided a delightfully tart aftertaste. 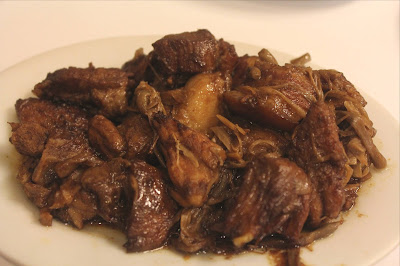 Callos could be the best dish in this restaurant.
What I initially thought was a menudo, turned
out to be a better tasting version of this tomato
paste based dish using innards instead of pork. 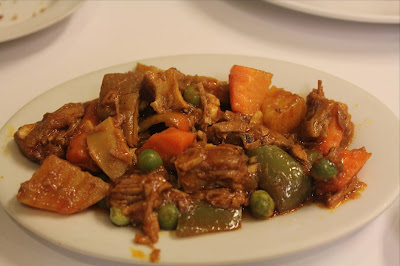 The Kandingga also tasted good. I had gotten used
to the dry type of this dish made of chopped pig’s
lungs, similar to the one available in Colonial Grill,
this is the moist version which find a little gross.
It was spicy had slimy texture but still tasted good. 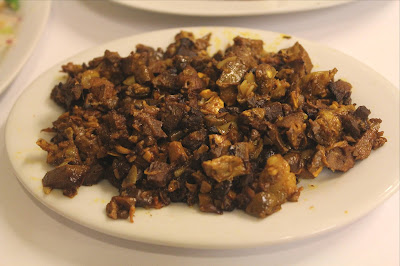 I love Tabaguang and I always order whenever
this fresh water shellfish is available in the menu.
It was cooked with malunggay in coconut milk,
it was noisy and a little discomforting to eat as
you would have to suck the meat our of the shell.
Otherwise it was fun to eat and was very delicious. 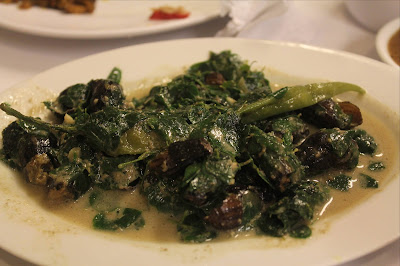 What I like with Mama Enga’s Pinangat
was being a CamSur version of this iconic
and extremely popular Bicolano dish, 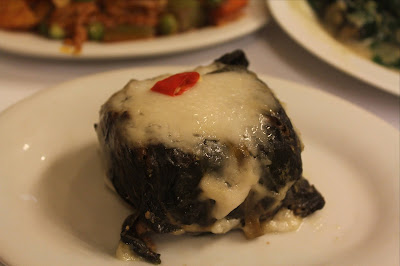 …as the taro leaves came with a tasty filling
of chopped crablets and young coconut meat. 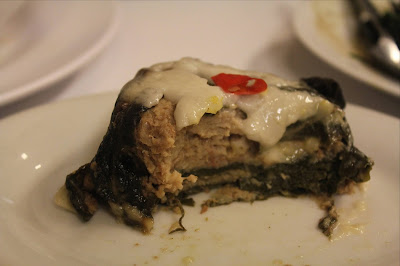 Mama Enga had been around for quite a while, 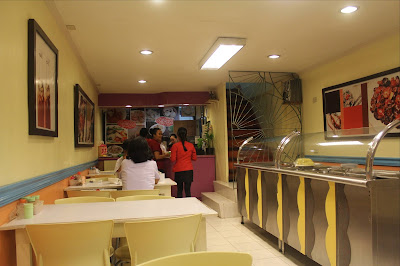 ...but this was the first time the we dined in the
restaurant and we spent only a little above
500 pesos for a delicious and satisfying meal.