Everytime we chance upon an available parking space,
(which happens rarely) at the 1st Colonial Grill in Naga,
Centro, we always take the opportunity to dine on a place
that showcases of some of  the finest Bicolano cuisine. 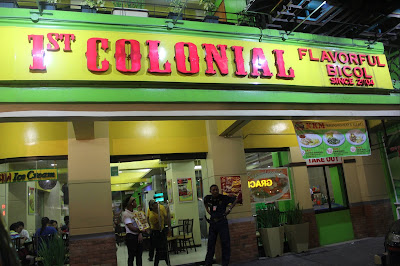 The restaurant was full of diners that night
but luckily we were able to get our seats fast. 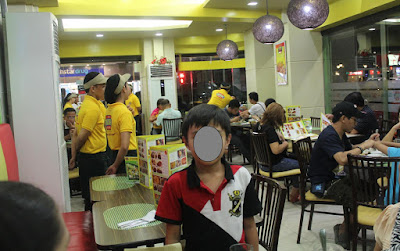 I have always criticized the sinigang in this restaurant
in my past blogs, as I found it too sour for comfort.
This time I requested them to tone down the sourness
a little bit and what they served was one of the best
tasting Sinigang na Baboy in the city. The pork was
tender, and the veggies were fresh and not overcooked. 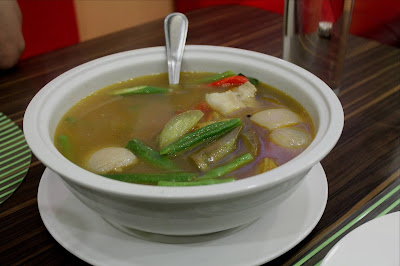 My son who is a fish addict, ordered the Fried Tilapia Fillet,
bathed in a steak sauce. We have ordered this dish in the past
and like it but this time, we found the sauce a little bit sour. 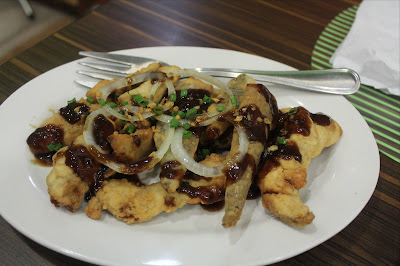 The Chop Suey sa Buko was a disappointment.
They added coconut milk on it and it did not go
well with the half cooked vegetables. It was a
bad tasting and uncanny version ‘ginataang  gulay’
and it didn’t  taste or look like chop suey at all. 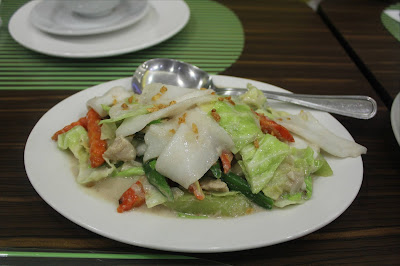 The Bikol Express did not disappoint. This is probably
the best tasting version in the Bicol Region as it wasn’t
salty and the coconut milk was creamy rather than being
oily. Unlike most traditional versions where that usually
use smaller ground or chopped pork, this one was more
chunky and fleshy as it was cut as bigger nuggets. It was
also lean and tender and it making  a perfect rice viand. 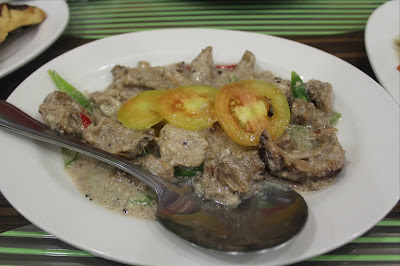 Of course, Albay’s version of Kandingga was the reason
why we keep on coming back in 1st Colonial Grill. I grew
up in that province and this is exactly how we cook ‘bopis’
or ‘kandingga’ back home, dry, chewy, a little spicy, with
just a little hint oh vinegar and a distinct peppery aftertaste.
This dish is a must try for anyone dining in this restaurant. 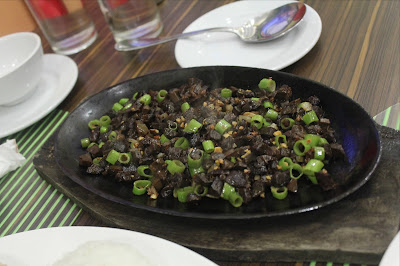 My daughter arrived late from school and
she ordered their Set Meals and she chose
the one with ribs, noodles and rice. She
enjoyed it as it was delicious and satisfying. 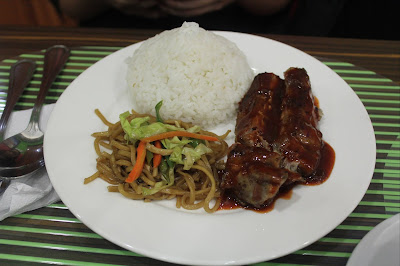 We shared the Halo- halo that tasted more of a melon shake as it was
topped cantaloupe flavored ice cream which overwhelmed all the ingredients,
I believe  Melon Ice Cream is a halo- halo is not a good combination. 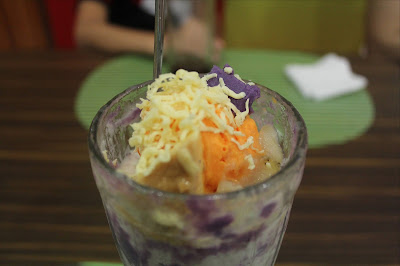 I enjoyed the very popular creamy Sili Ice Cream,  with  Level 3 Hotness
which I initially thought I would not be able to tolerate but surprisingly, it
was bearable. It challenged the Bicolano in me, and it was good. 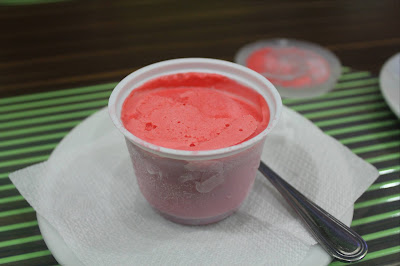 1st Colonial Grill can be considered as a showcase
restaurant of Bicolano dishes, but offers some items
in the menu of non- Bicol origin modified into a fusion
cuisine by adding a Bicol twist like ‘sili’ and ‘gata’. 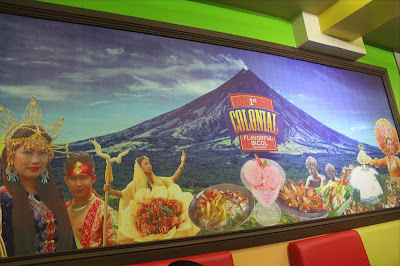 While it may be acceptable to a non- Bicolano palate,
it may take a while for a true blue Bicolano diner to
appreciate the half- bred, ‘mestizo’ dishes they offer.