I came in my clinic to find that the image
of our Lady of Penafrancia arrived at about
the same time: at 7 AM on July 26, 2014. 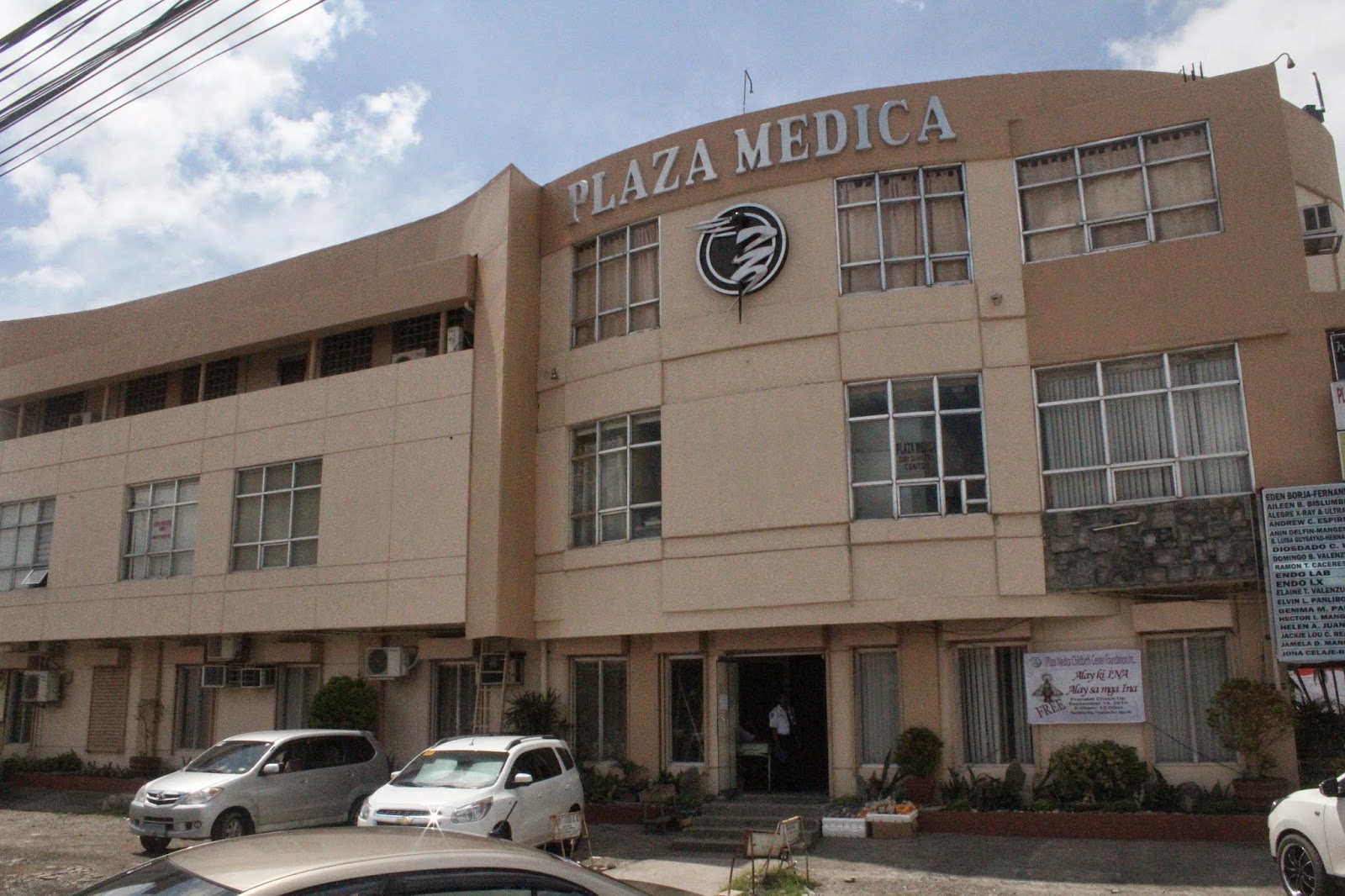 After blogging about this event for the last
two years in Jardin Real de Naga Subdivsion, 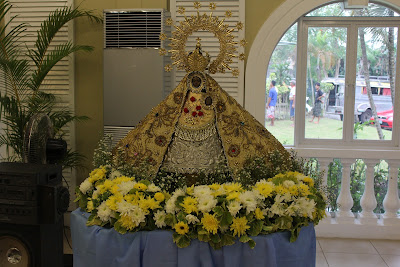 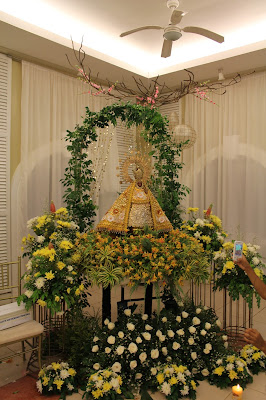 …the ‘Pangsungko ki Ina’ came two months
earlier this time giving us a prelude that the
biggest Marian devotion in Asia has began. 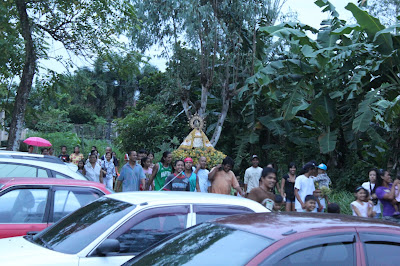 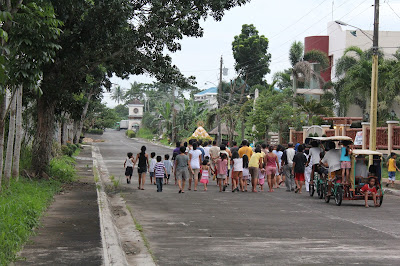 The ‘Lady of Penafrancia’ image arrived
of a procession carried on the shoulders
of the devotees from a nearby community,
hence, the word ‘pagsungko’ which literally
means to carry one’s shoulders in Bicol. 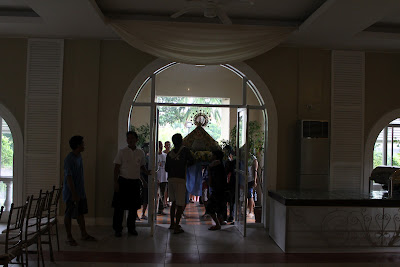 This tradition is being done two to three months
prior to the fiesta where the image of the revered
Marian image is being passed around the different
provinces, towns and barrios in the Bicol Region, 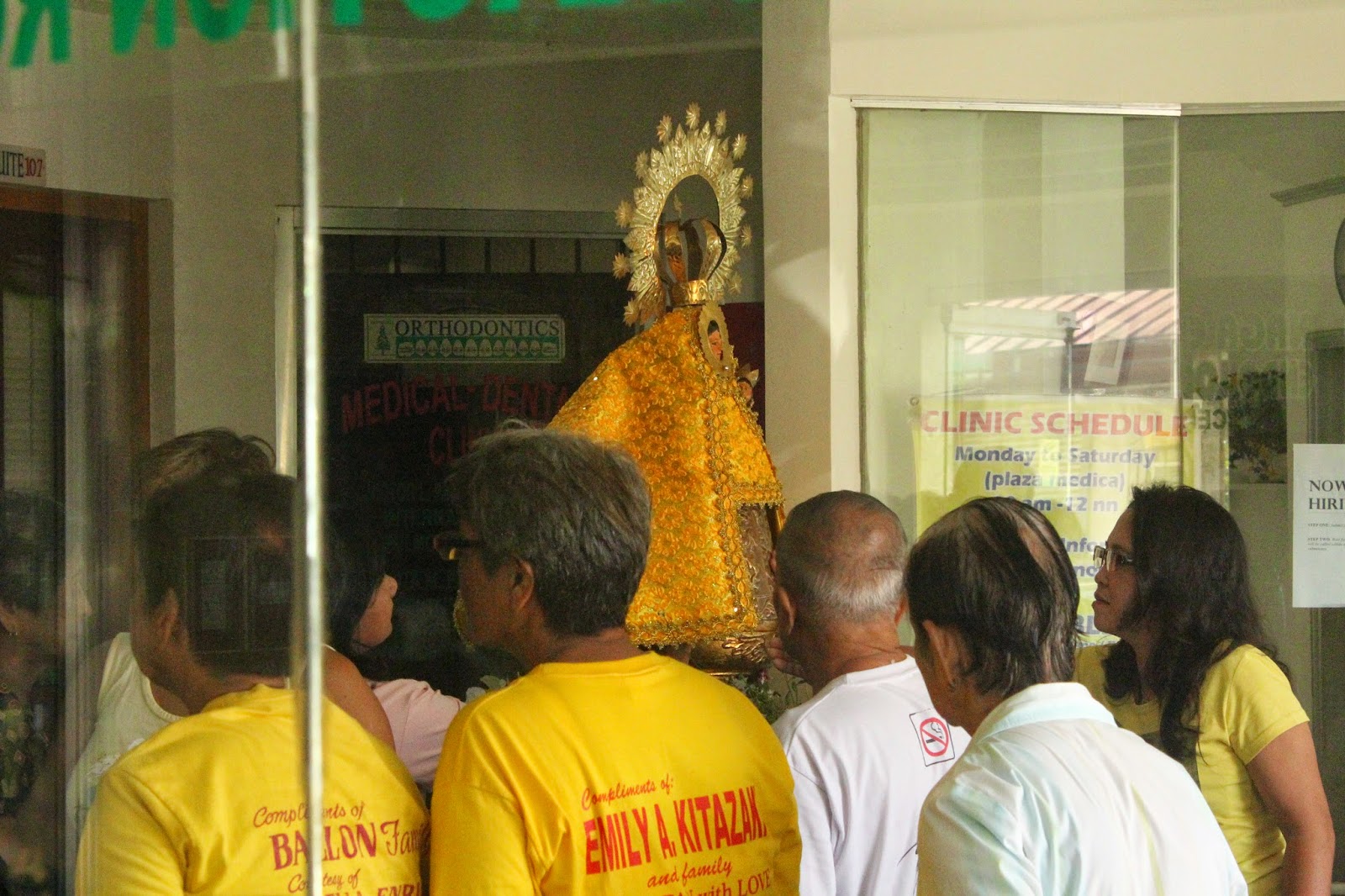 ….a practice that is also now being done in other places
in the Philippines and even other countries with Filipino
communities who are devoted to the lady of Penafrancia. 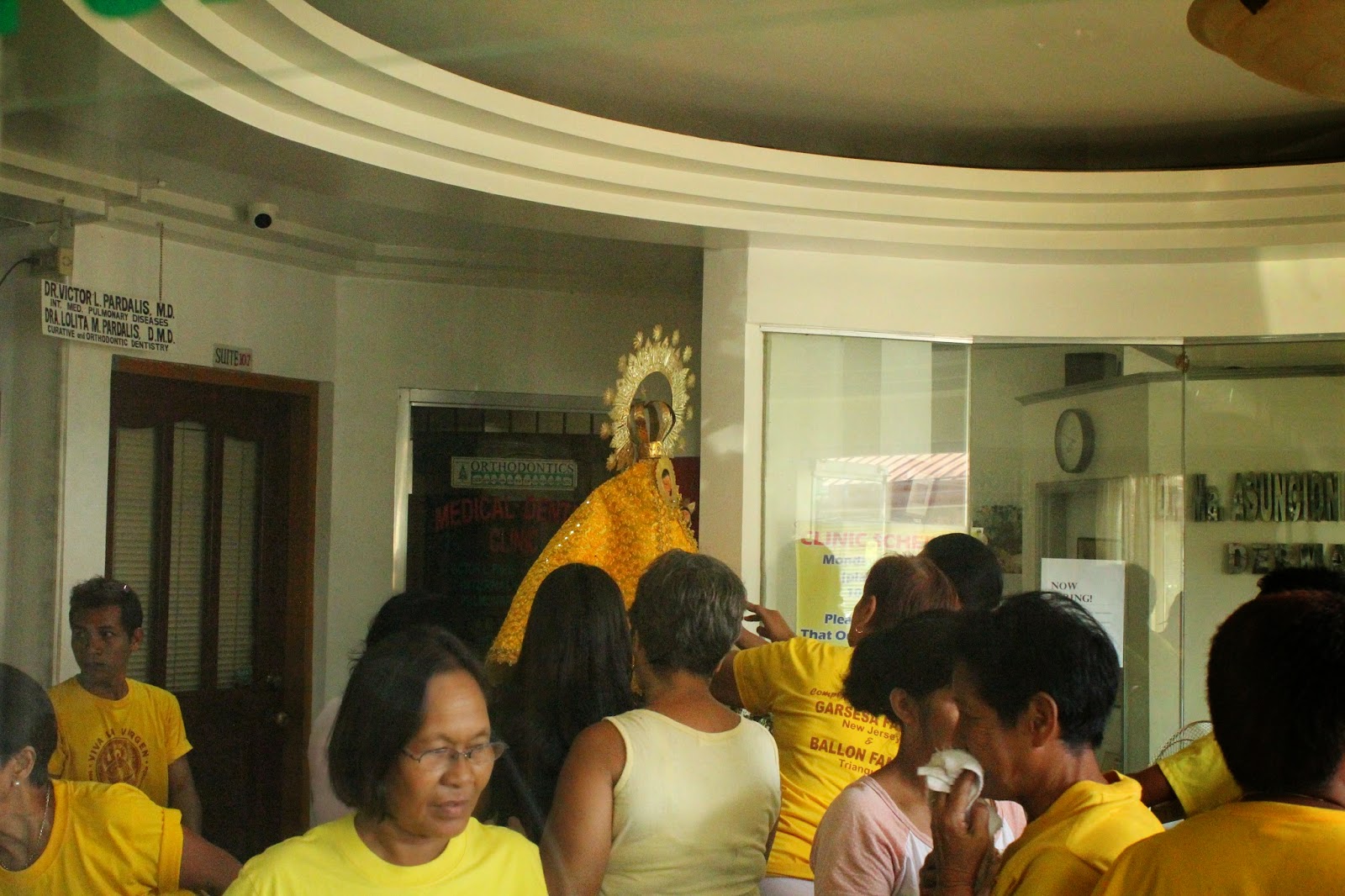 A novena was held upon arrival, 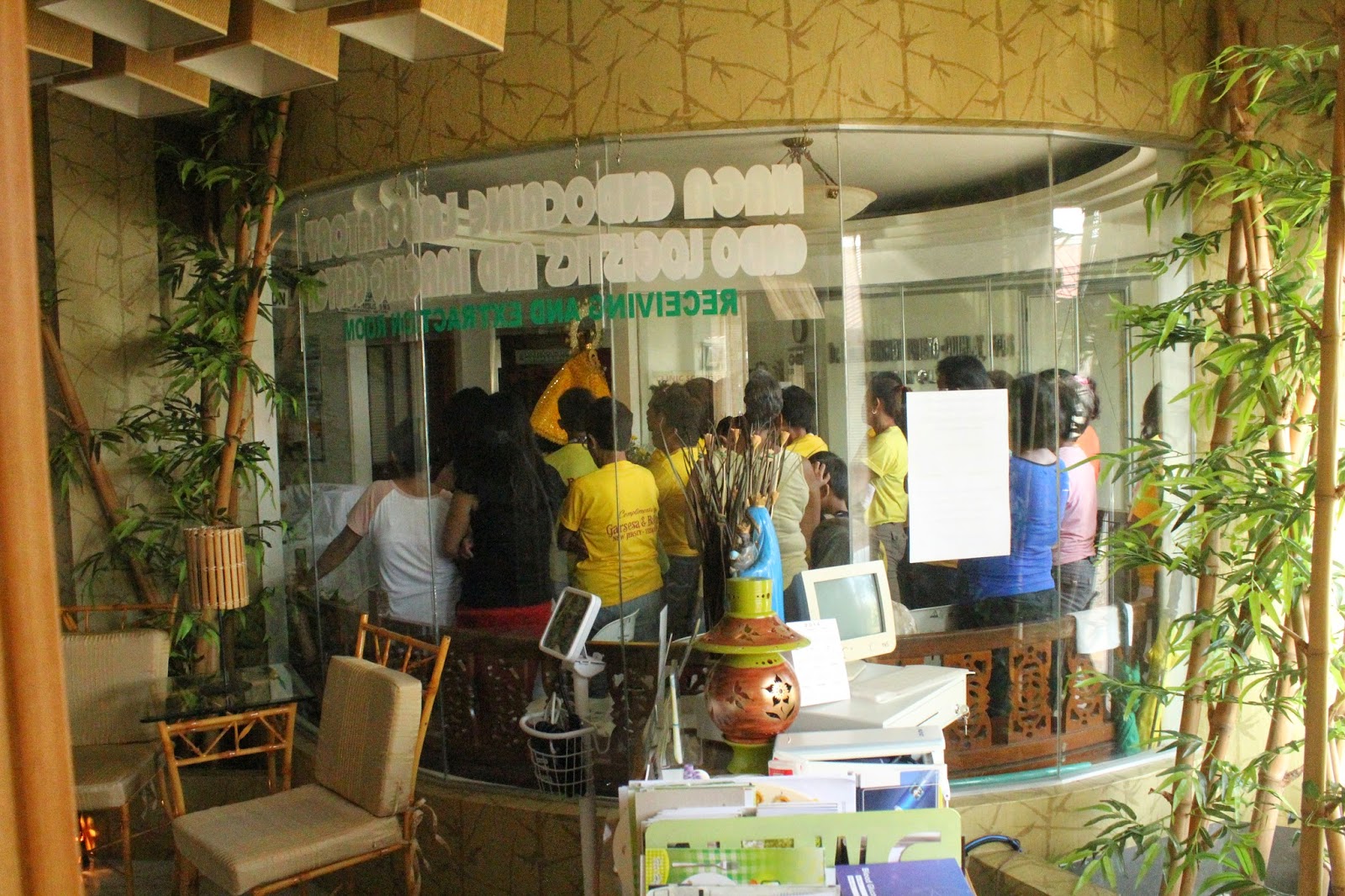 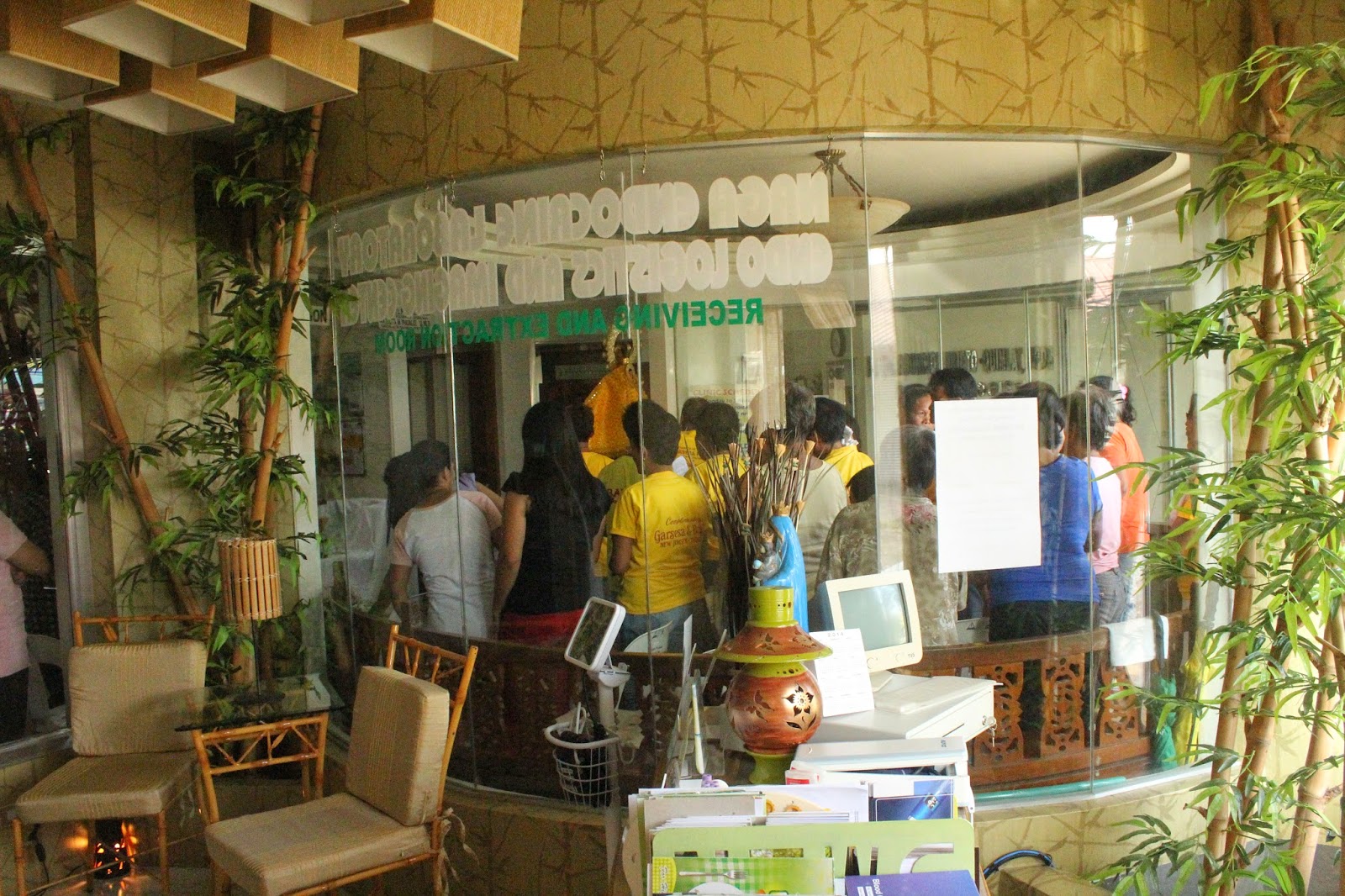 …and the Plaza Medica staff took over by
arranging a makeshift altar for the of the
Lady of Penafrancia and the Divino Rostro. 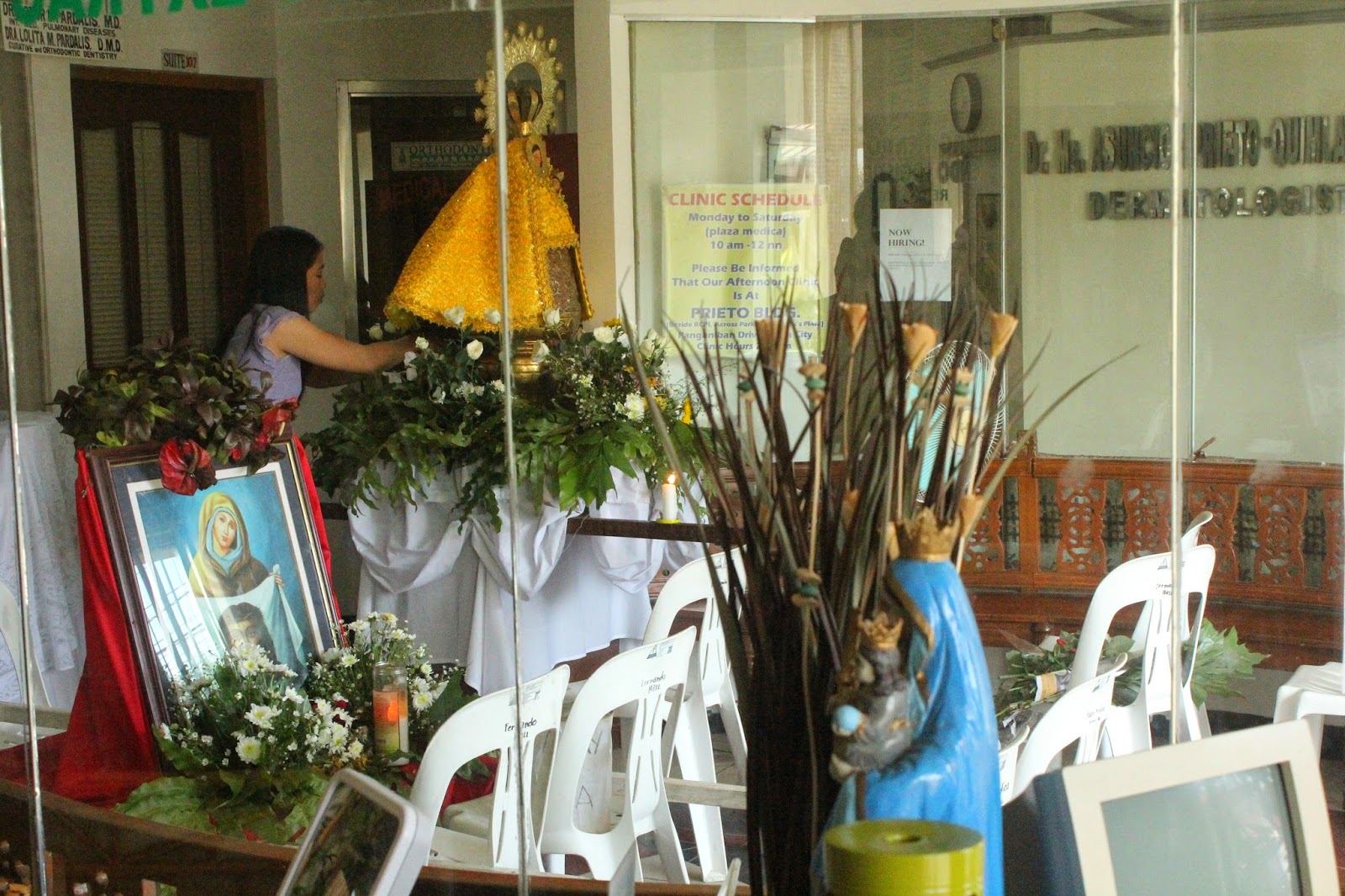 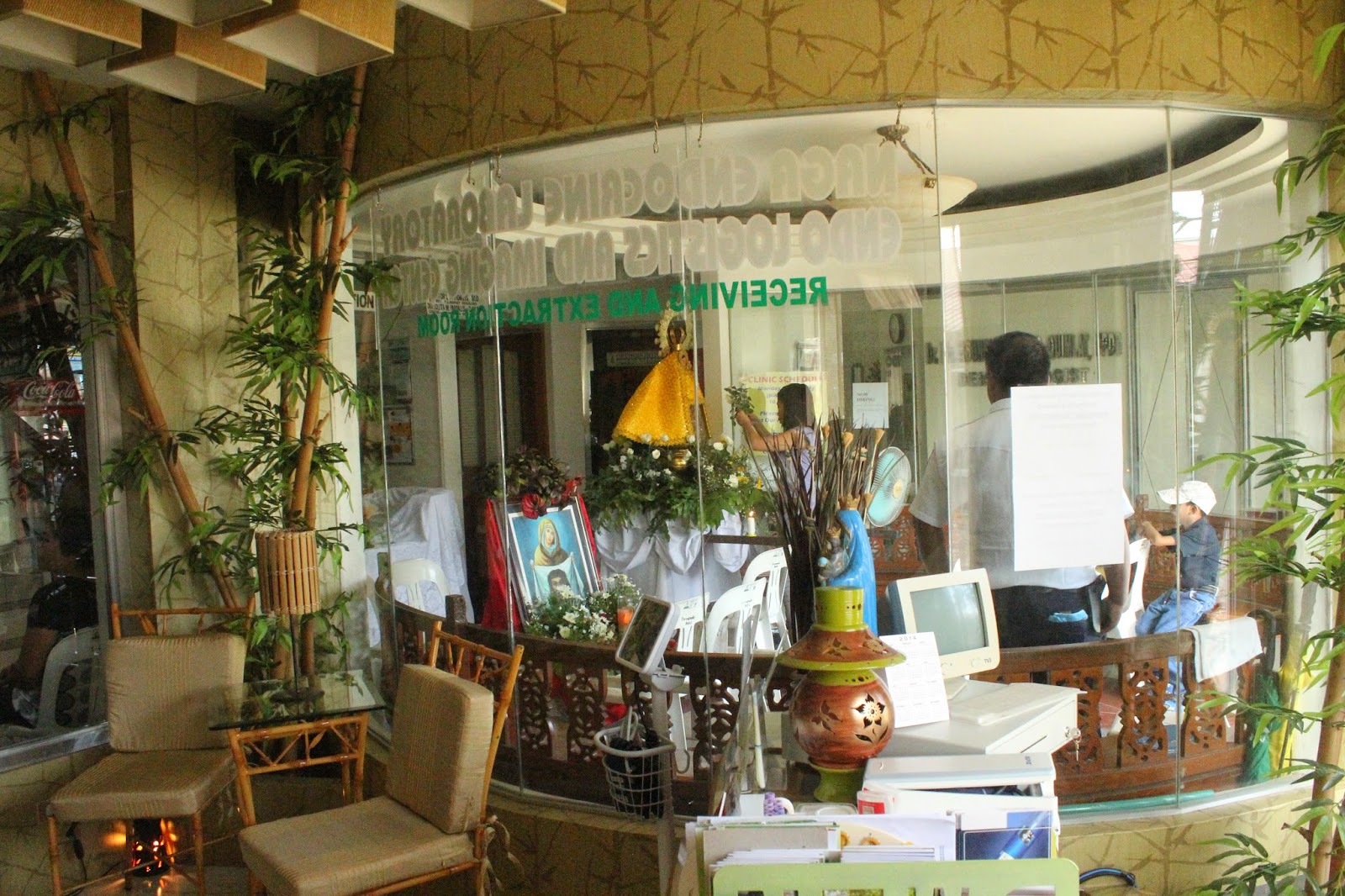 Then, both  images were ready for adoration. 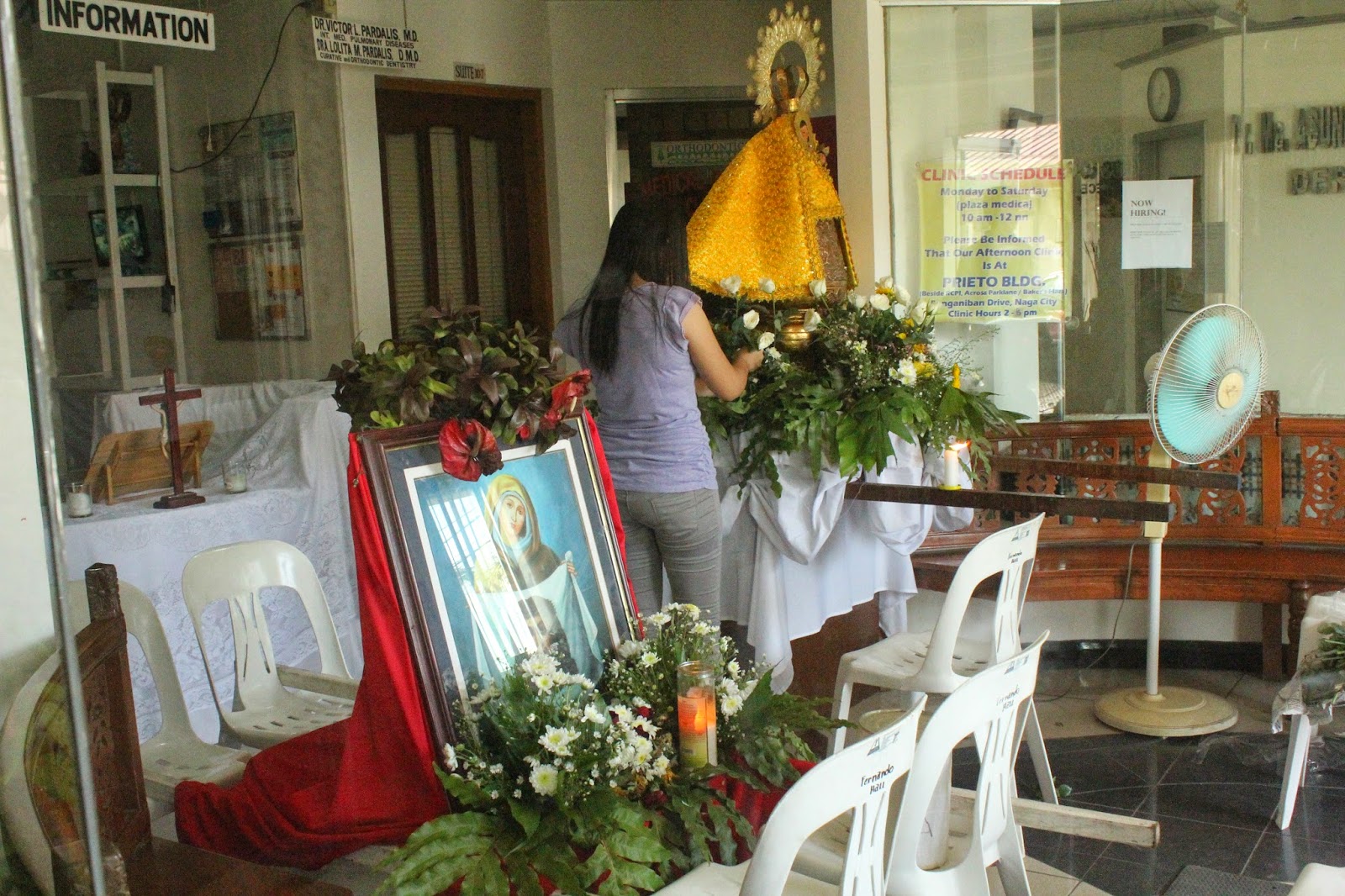 A little later, a priest arrived, 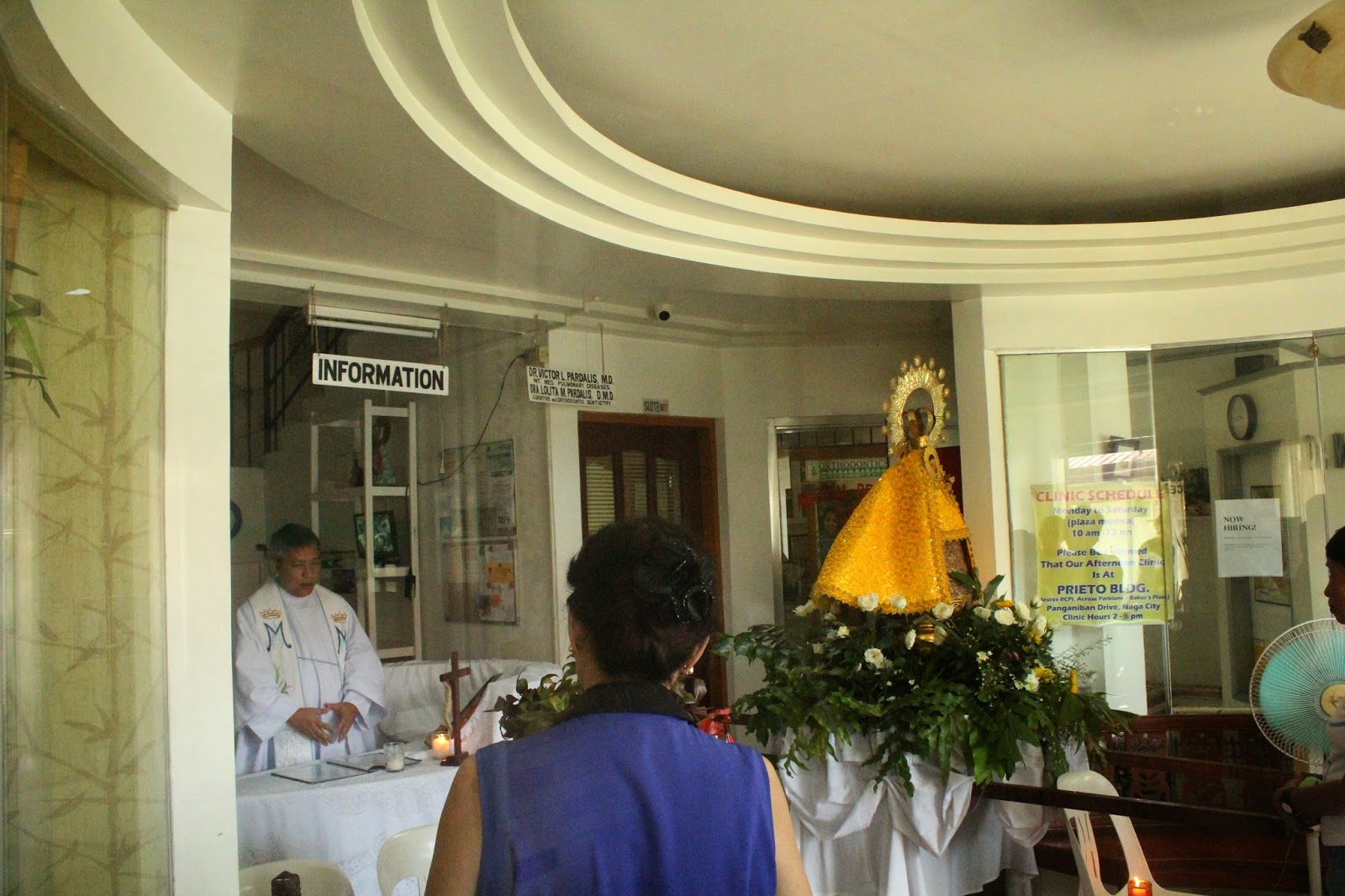 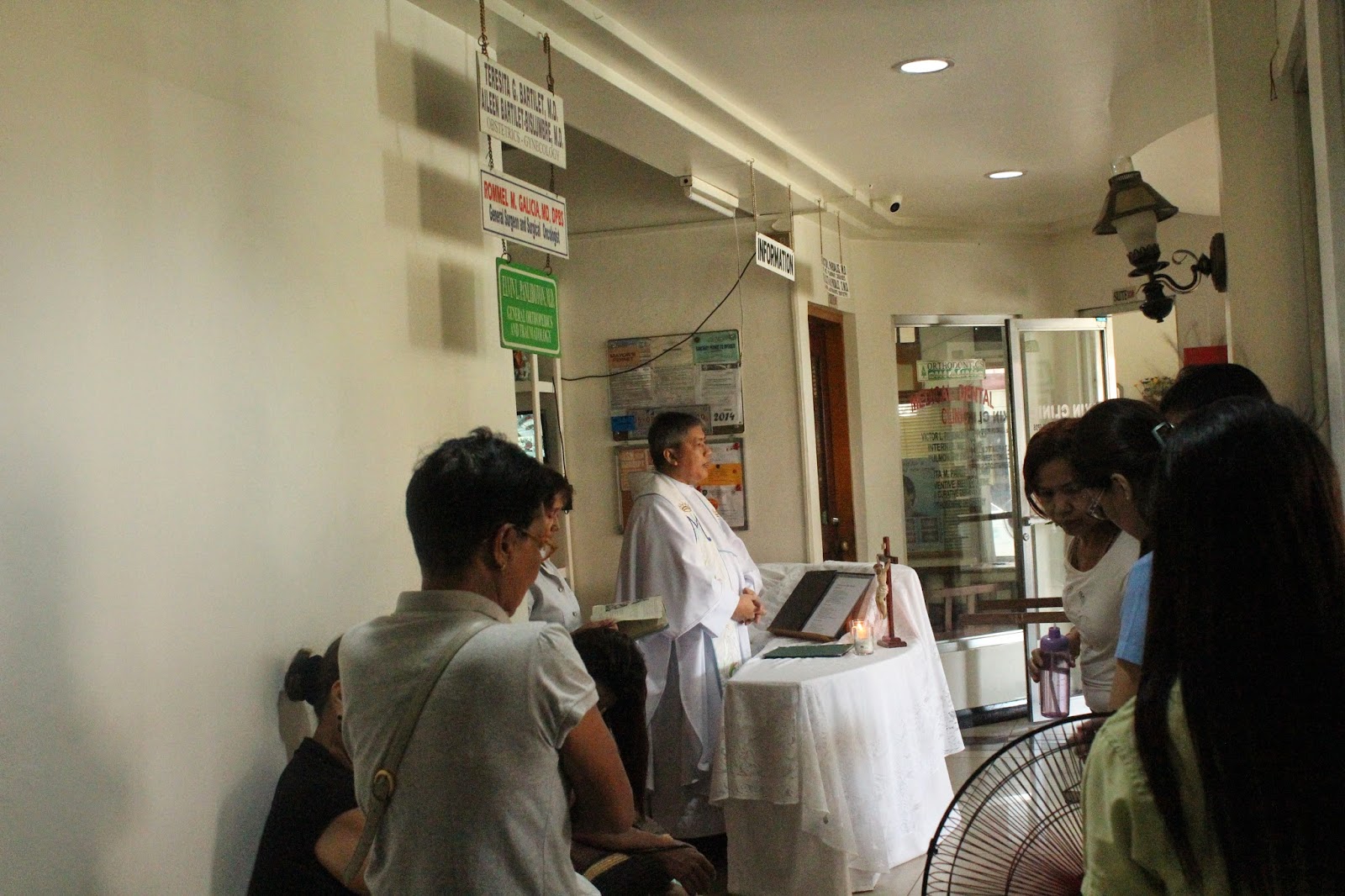 …and everything went to a stand still as everyone
came together to pray and attend the holy mass. 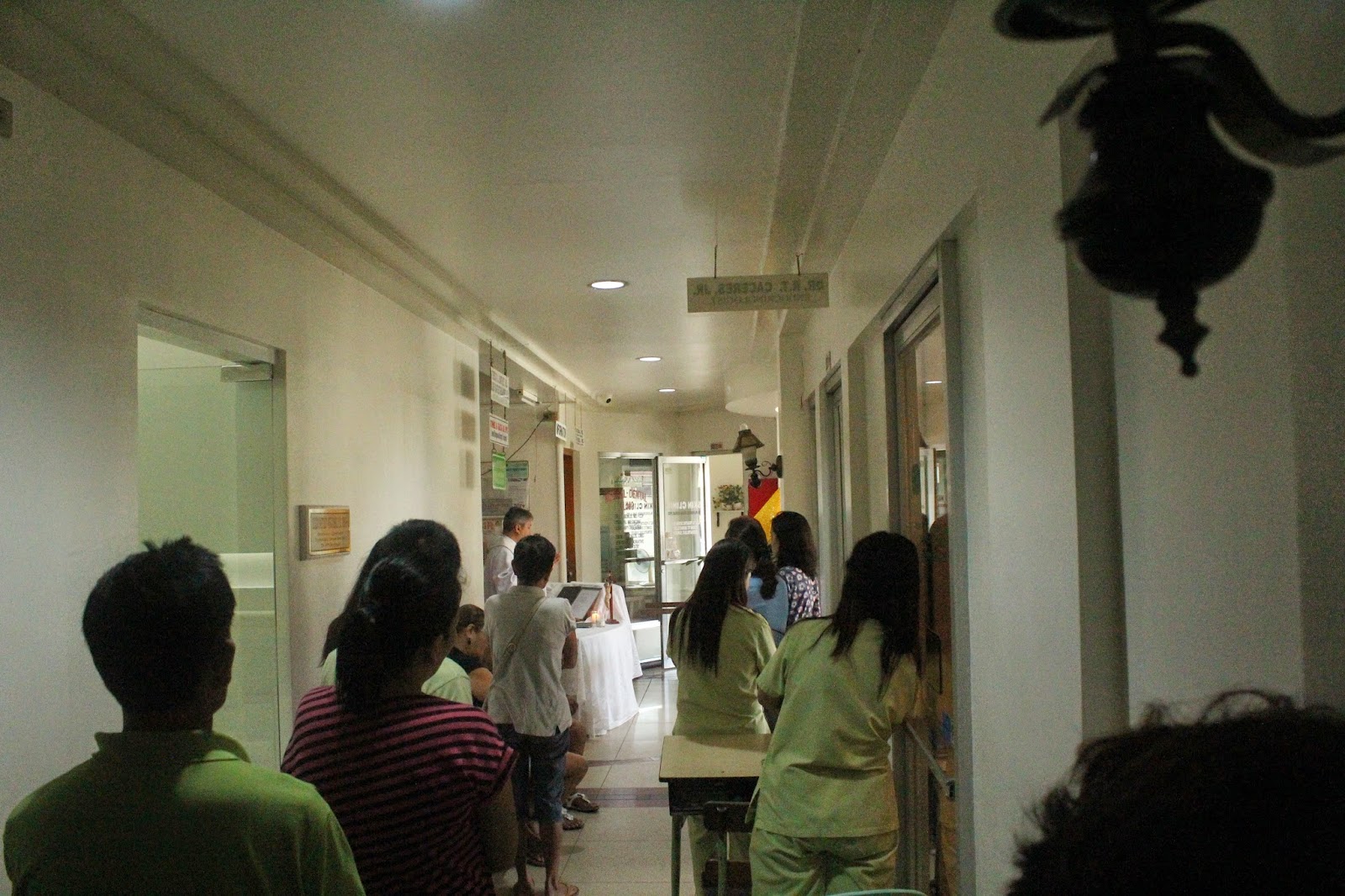 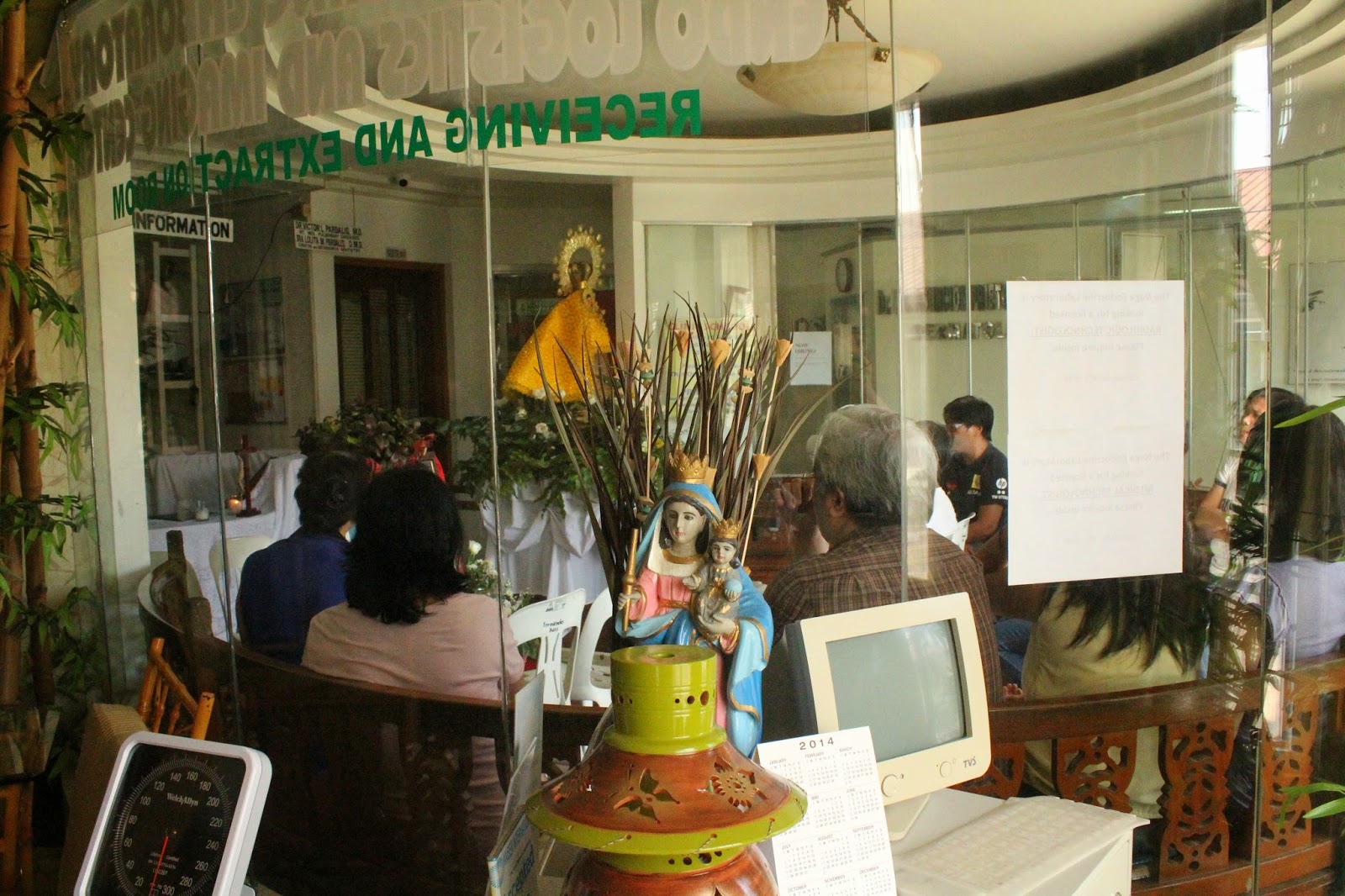 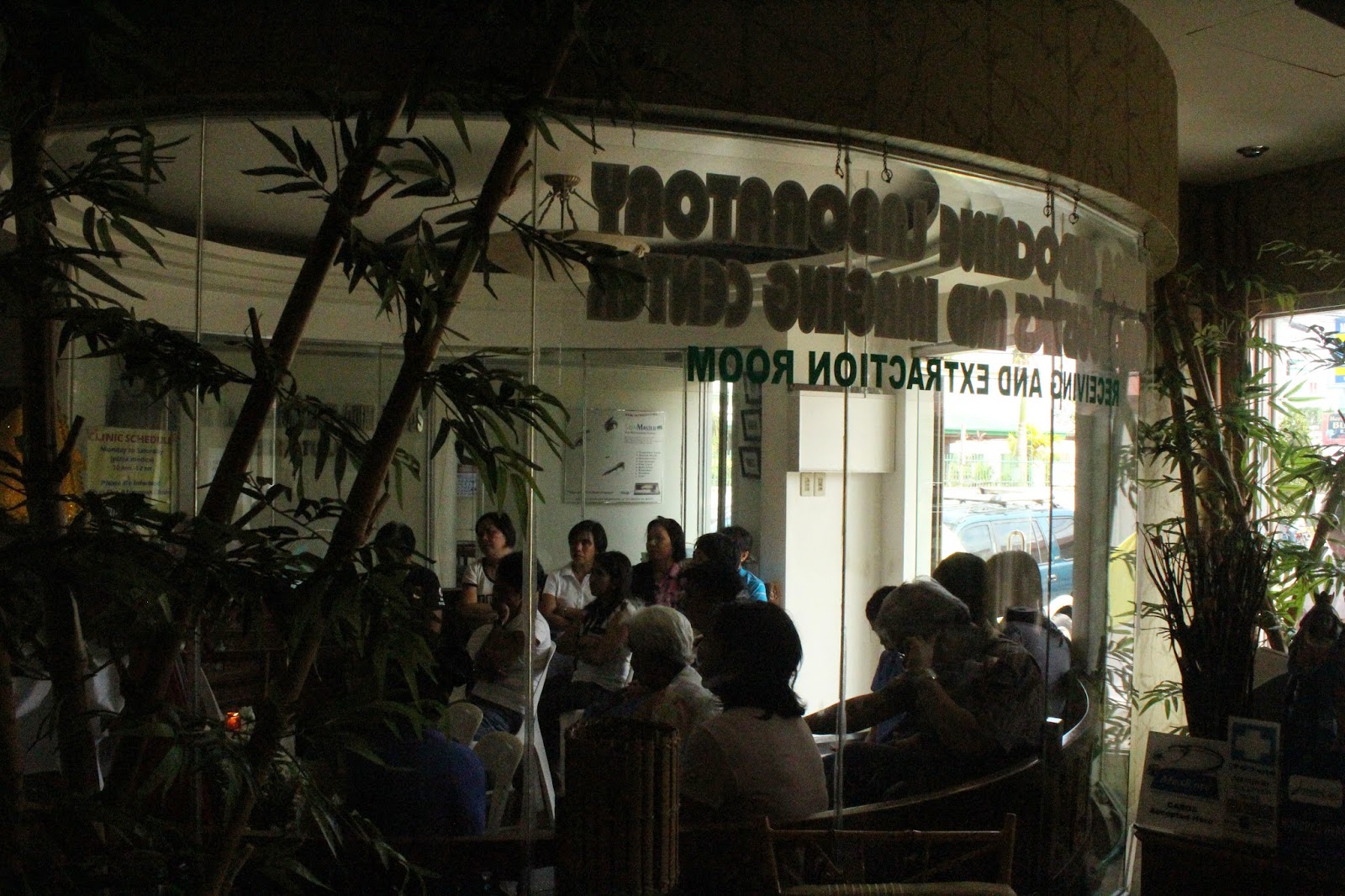 When the mass was over, the beautiful image stood
in a holy solitude, awaiting for the next group of
faithful devotees to carry her on their shoulders for
another Pagsungko procession heading to the next
community where she would be adored and revered. 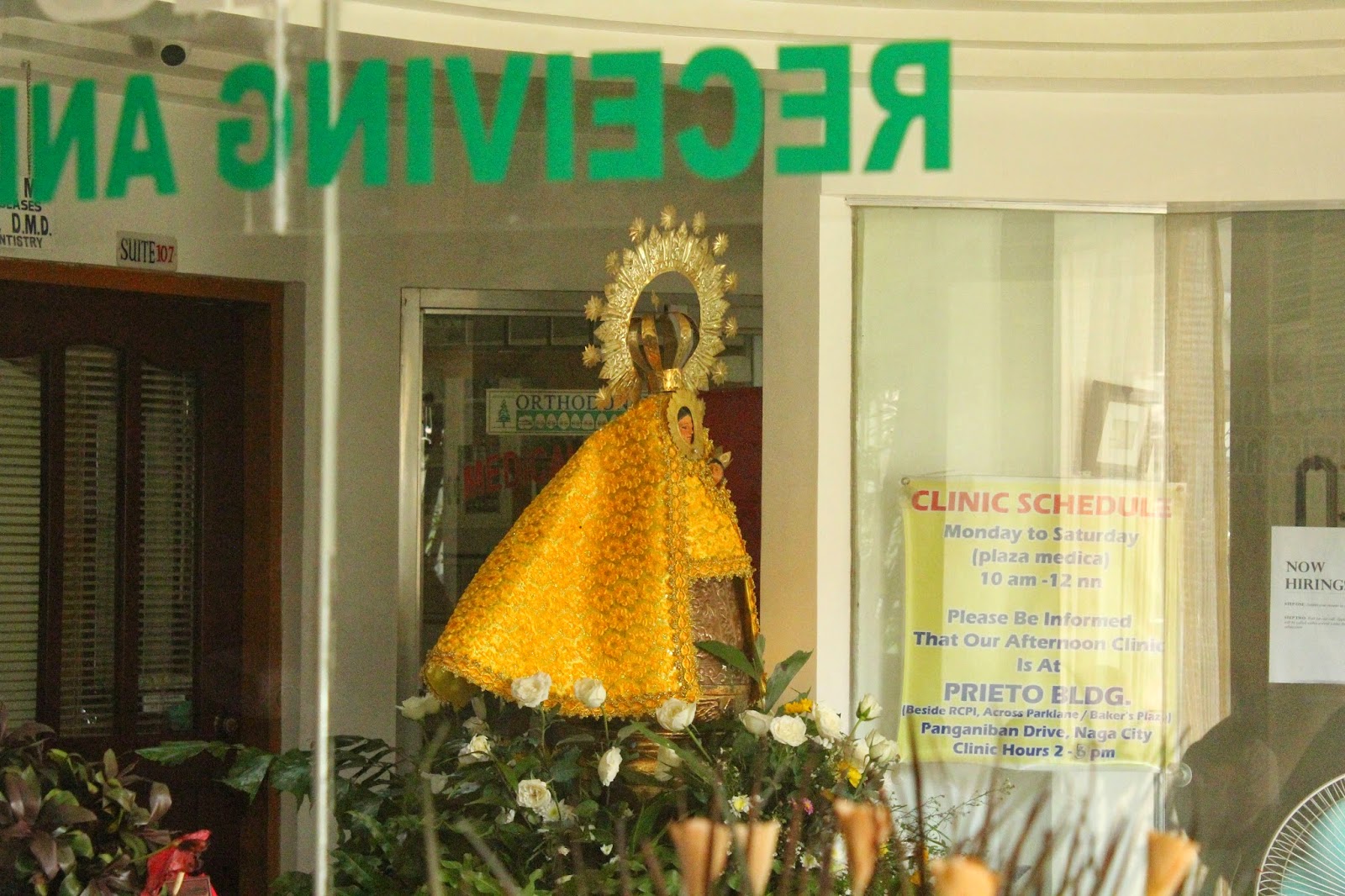