I have learned about Krypton Grill thru Naga City Deck
or (NCD),  my favorite  Naga based  website, operated by
a young lady psychologist, an academician, a co- forumer at
the Camarines Sur/Naga City Skyscraper CityThread,
and Stay, Stray Play and Feast’s blog partner. 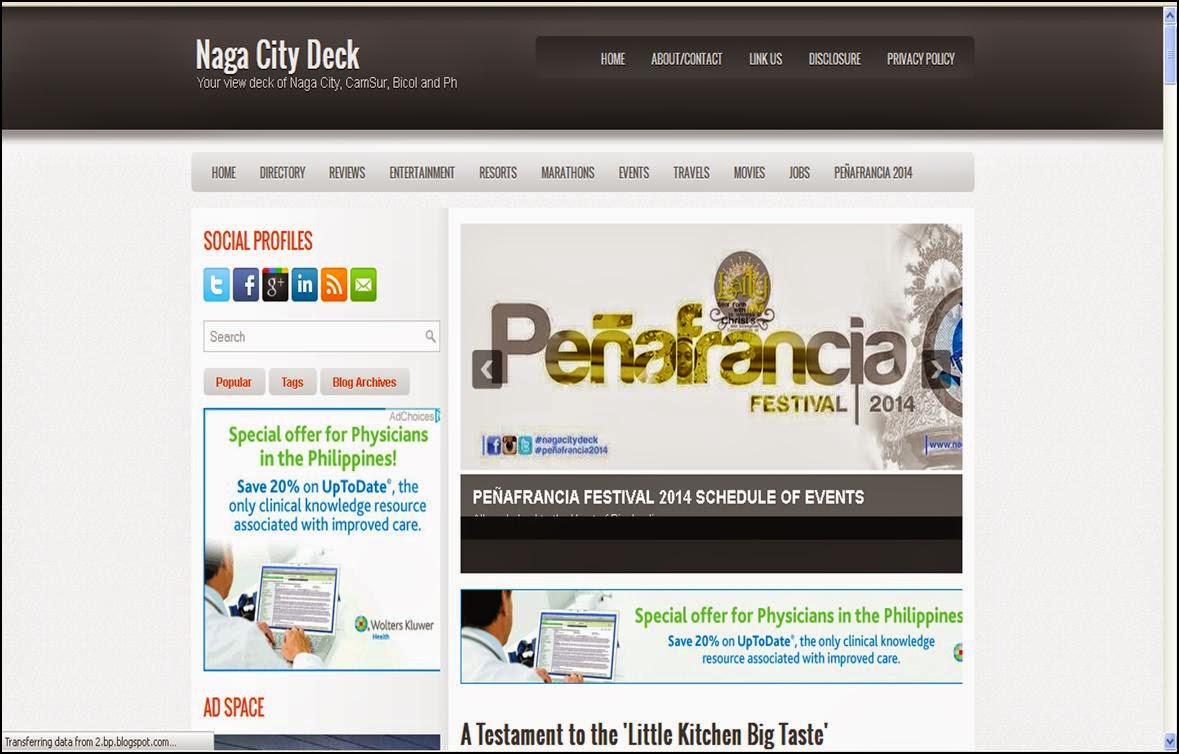 We were excited to try the exotic dishes being offered
by the restaurant so we tried dining in their CBD 2 site but
backed out when we discovered that it looked like a seedy
joint, located in a decrepit looking area at the back of the Bicol
Central Station in a rundown building, filled with mostly  shady-
looking, beer guzzling costumers  listening to a heavily made
(fake) blonde, lady acoustic singer performing before them. 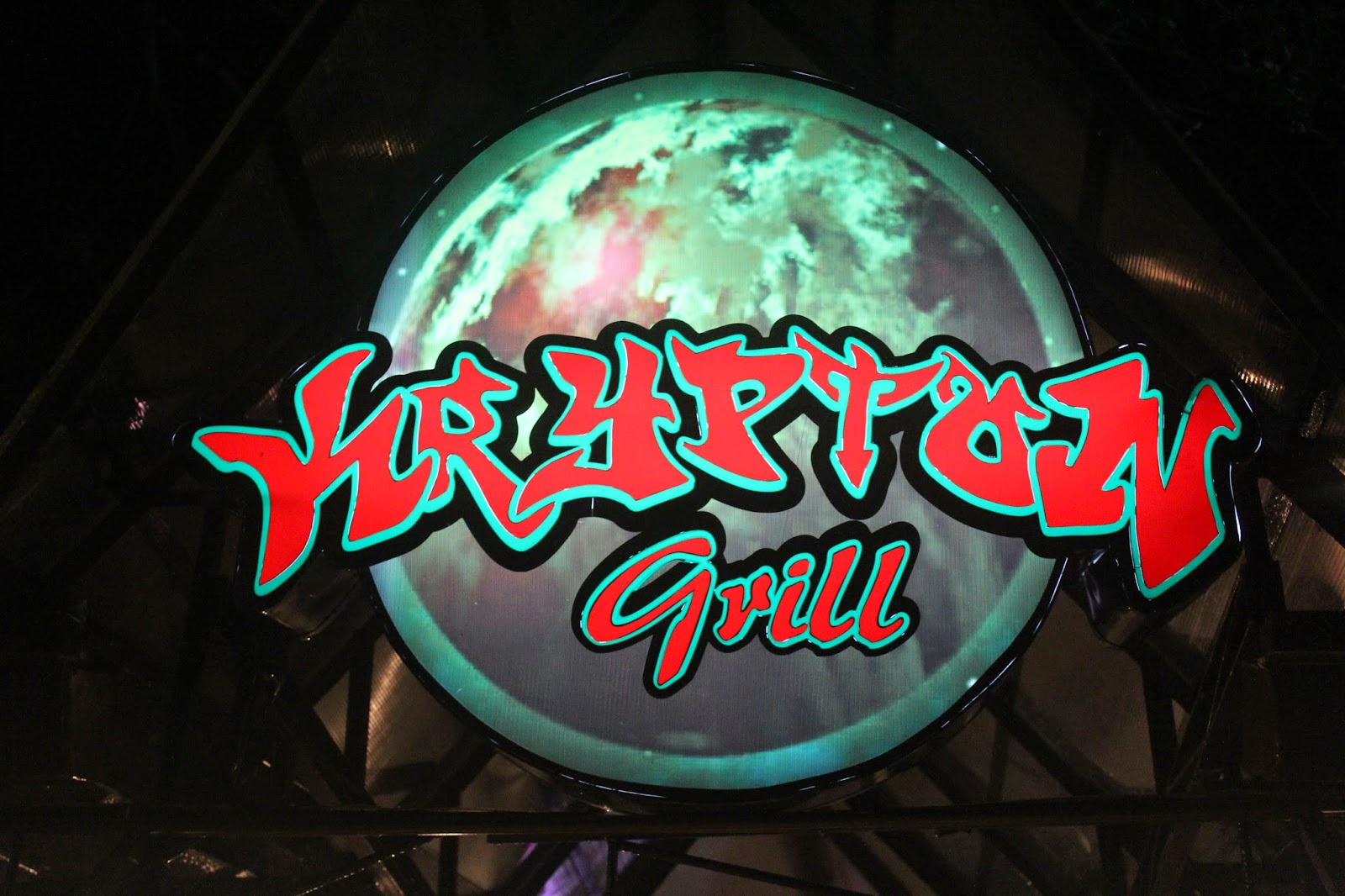 NCD also mentioned in the blog that it is opening
another branch in Mayon Avenue, which I believe
is a more decent address, so we patiently waited until
it opened during the Penafrancia Fiesta season. 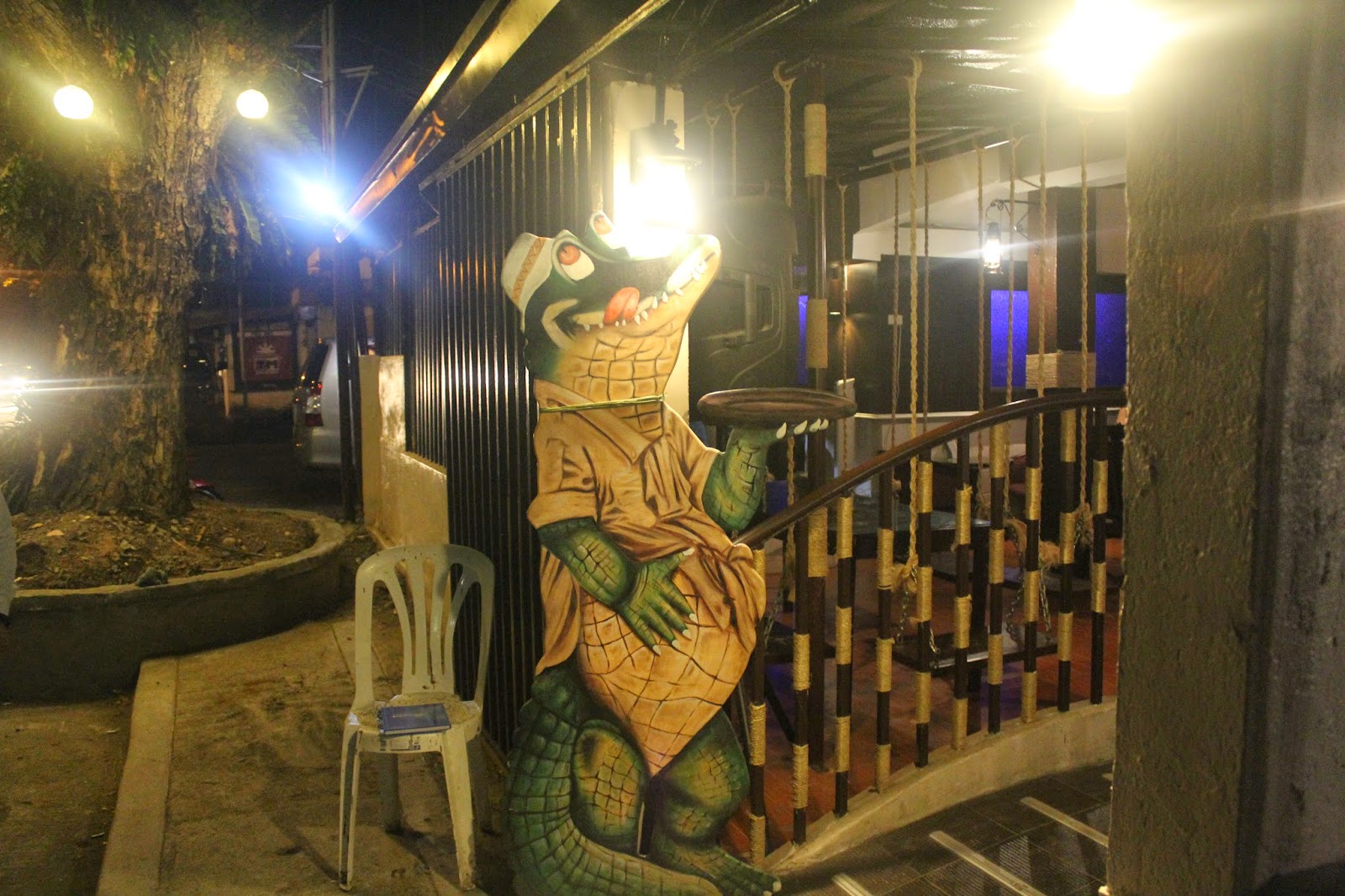 Krypton Grill’s  Mayon branch opening was a perfect timing
as places like the Naga City Centro, Panganiban Drive and even
Magsaysay Avenue were made off limits to vehicles, and there
was plenty of parking space in this area as it is close to the vast
Naga City Civic Center that served as a huge temporary parking
to the vehicular overflow during the week long Penafrancia fiesta. 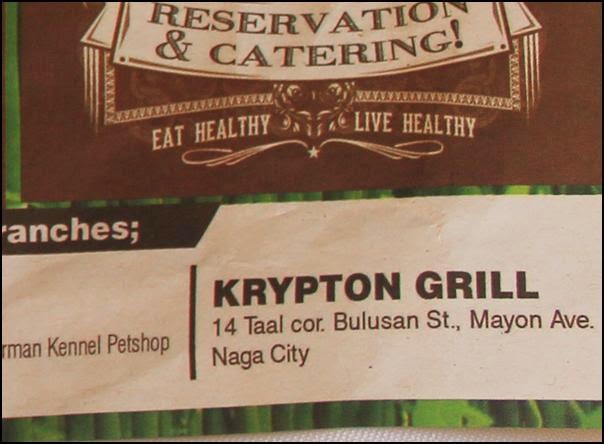 Unlike their menacing looking original CBD 2 branch,
Krypton Mayon Avenue, was well lighted with native
Pinoy themed interiors, there was no ‘WOW’ factor but
at least it looked cheery and did not look sleazy at all. 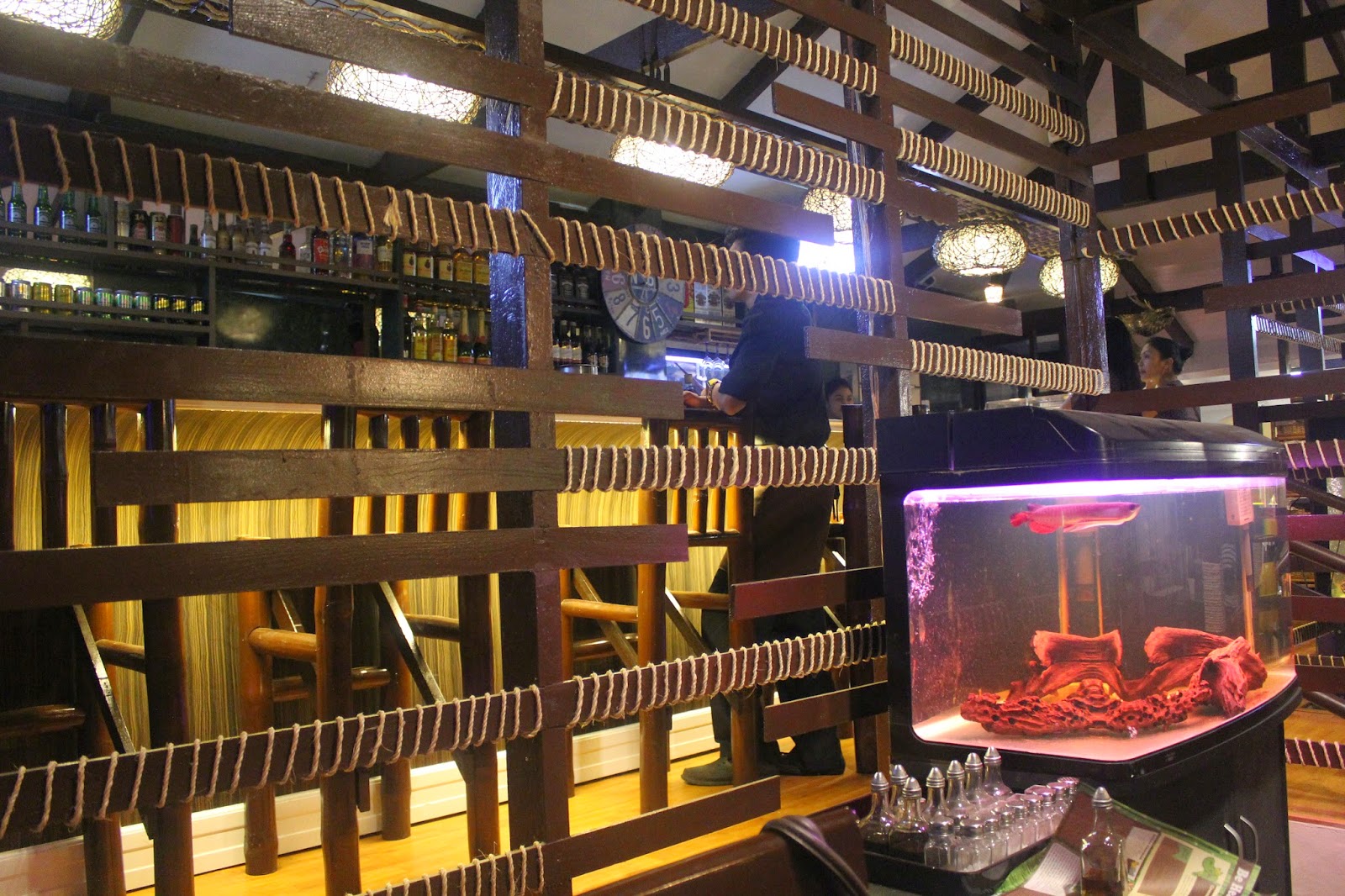 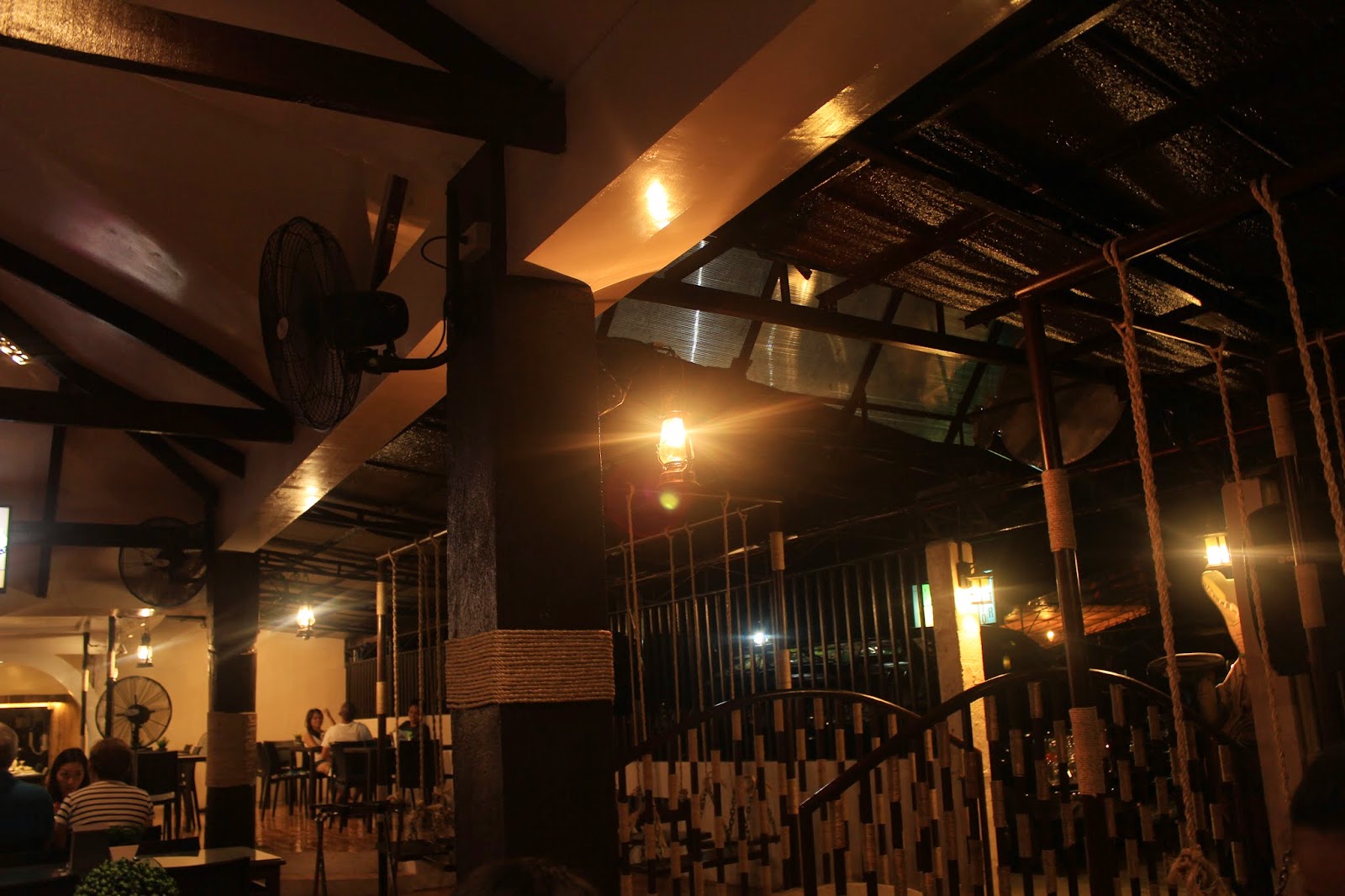 I was intrigued on why they named this restaurant
after the Man of Steel’s mother planet, Krypton,
but I fully understood it when I learned that they
also own the Superman Petshop, located  just
beside the original Krypton Grill in CBD 2. 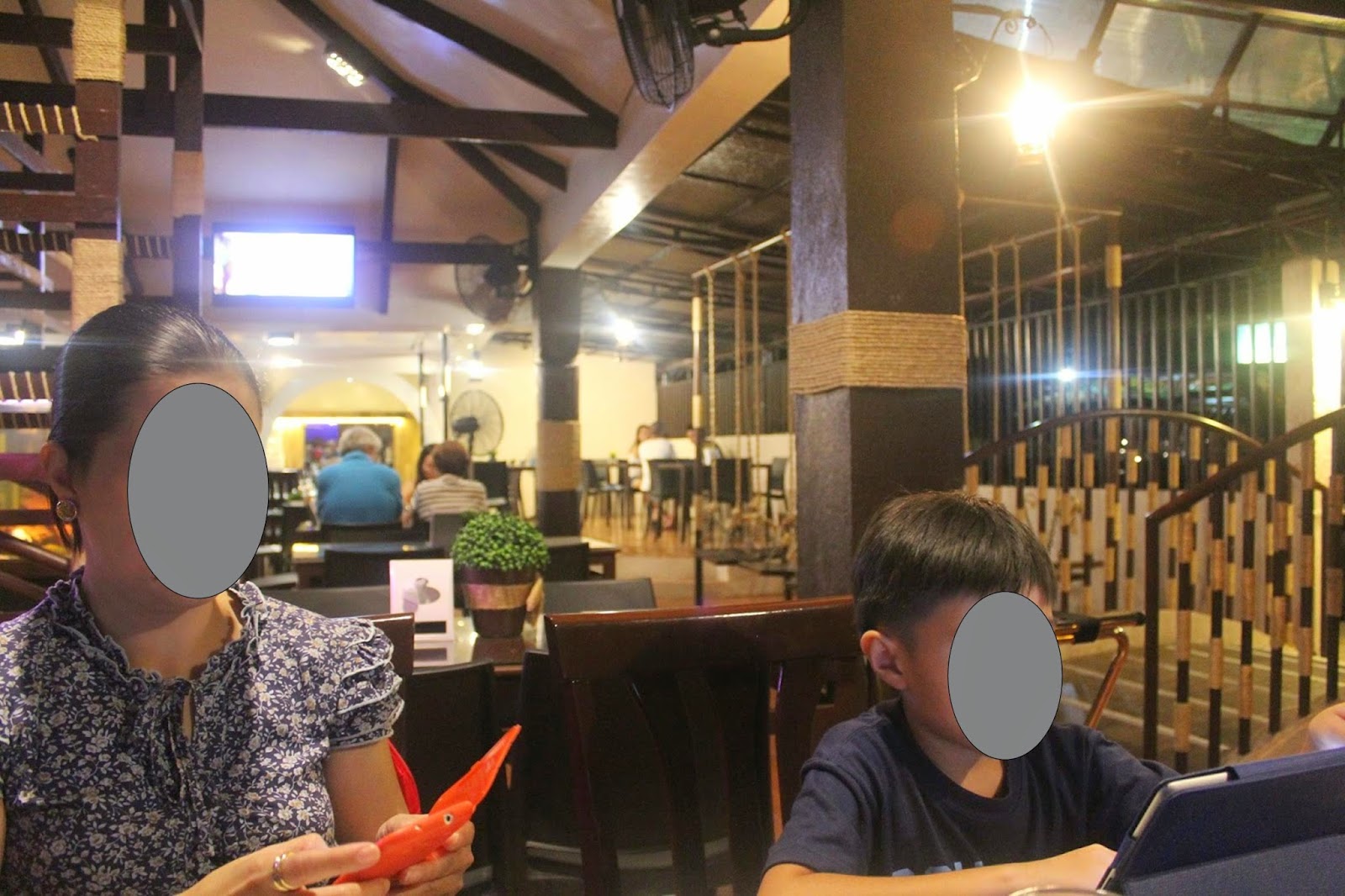 Interestingly, Krypton suited appropriately for the
restaurant as it offers out of this world exotic dishes. 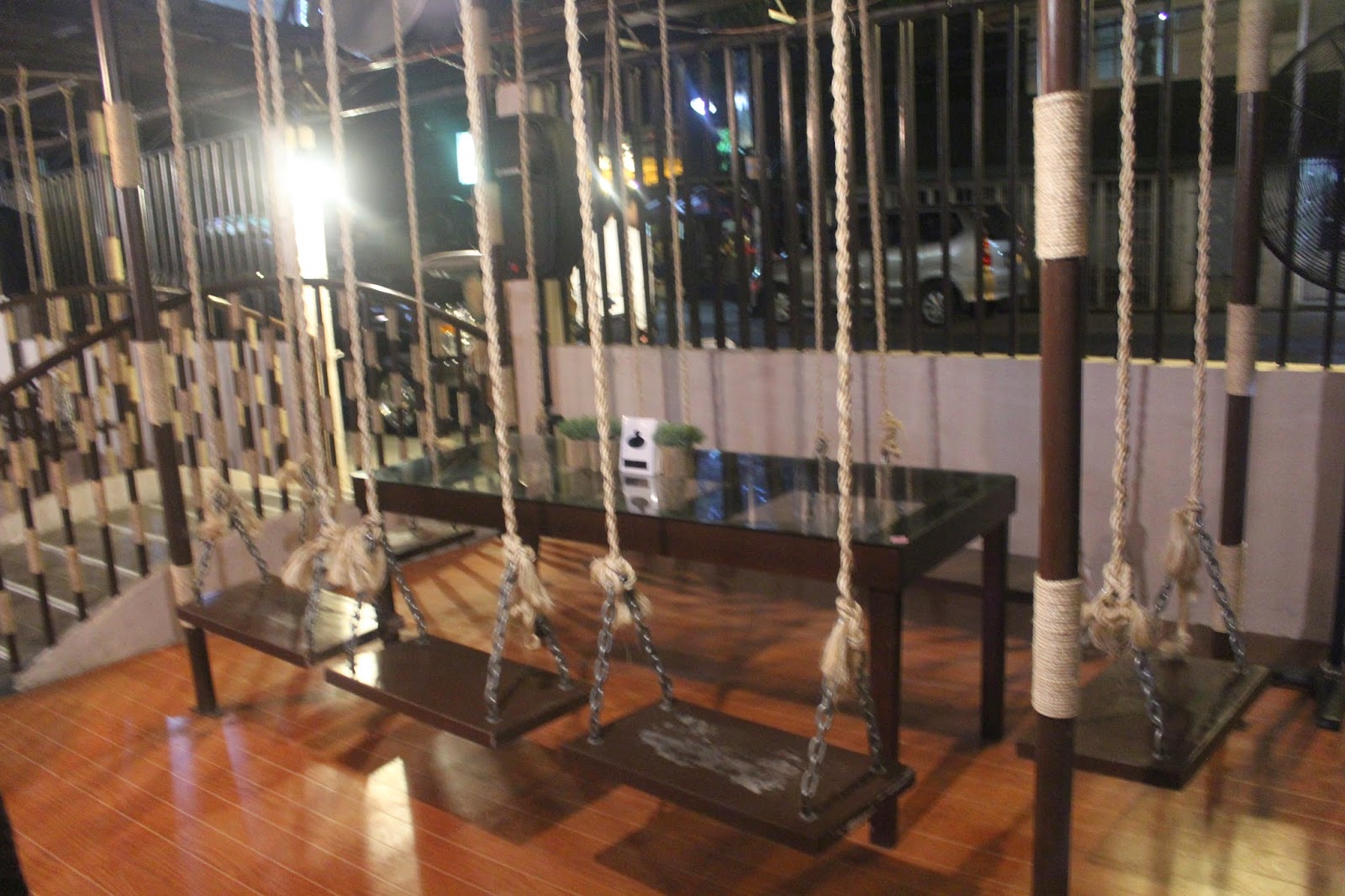 I excitedly browsed the exotic dishes section
of the menu, but it was a brilliant idea that
they  used table placemats that had valuable
information about the exotic dishes available,
making it easier for us to decide what to order. 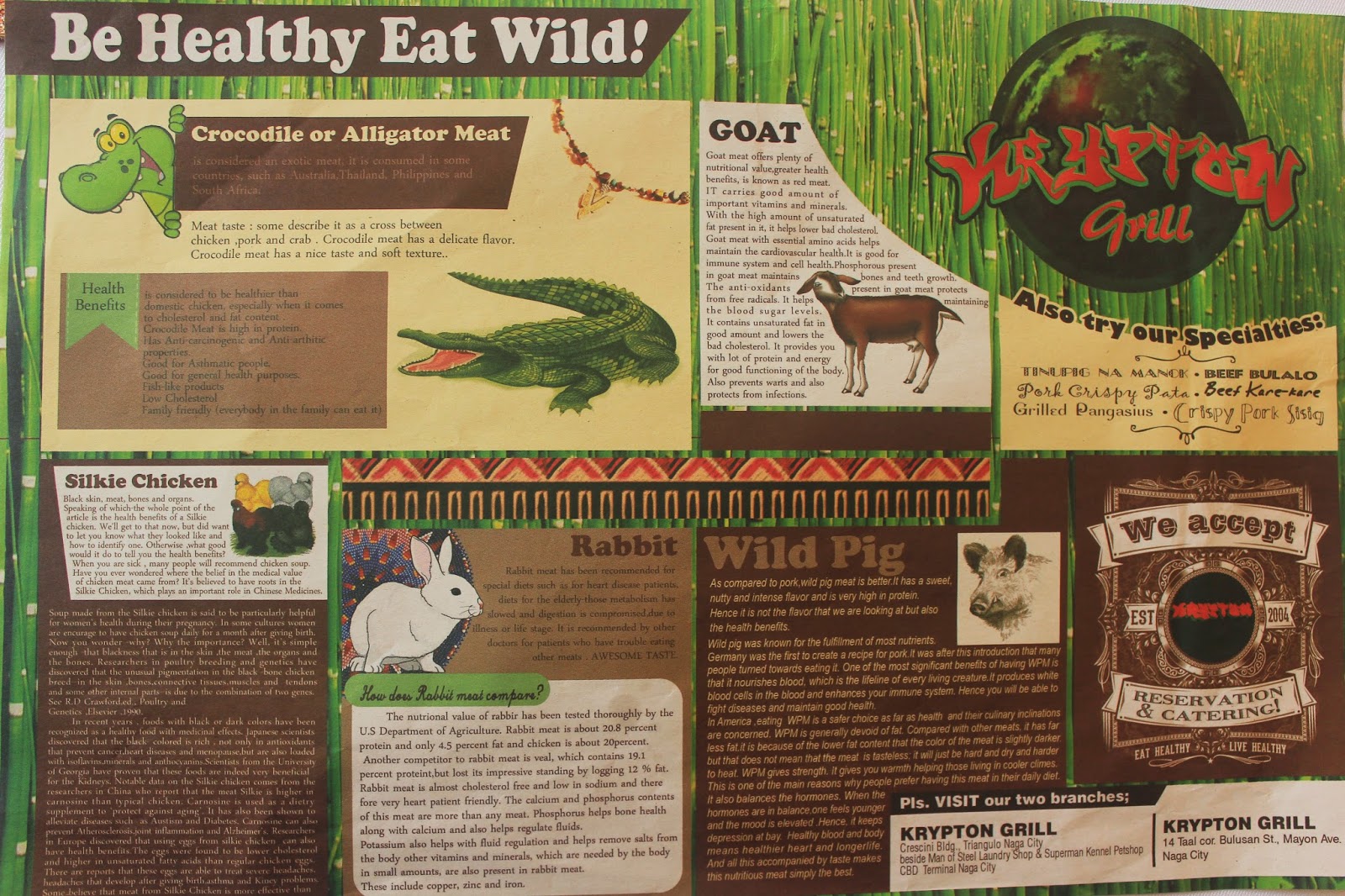 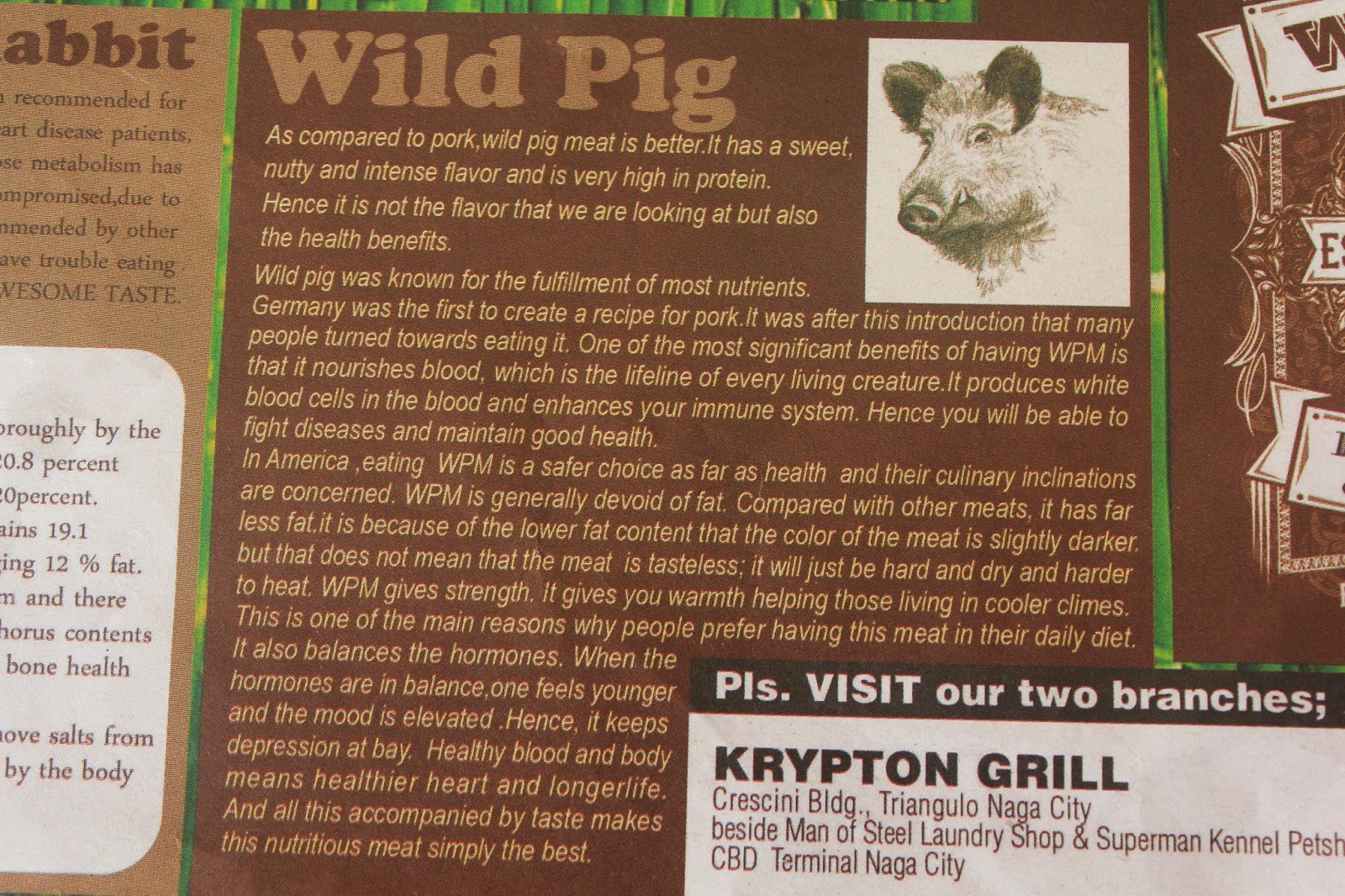 It was served as ‘adobo natural’ where it was sauteed in onions
and garlic  and flavored only with vinegar, without any soy sauce.
The meat was chewy but tender, had a very intense flavor and naturally
sweetish. It isn’t oily as  compared to regular adobo and it is devoid
of the unhealthy subcutaneous fat and even more delicious. 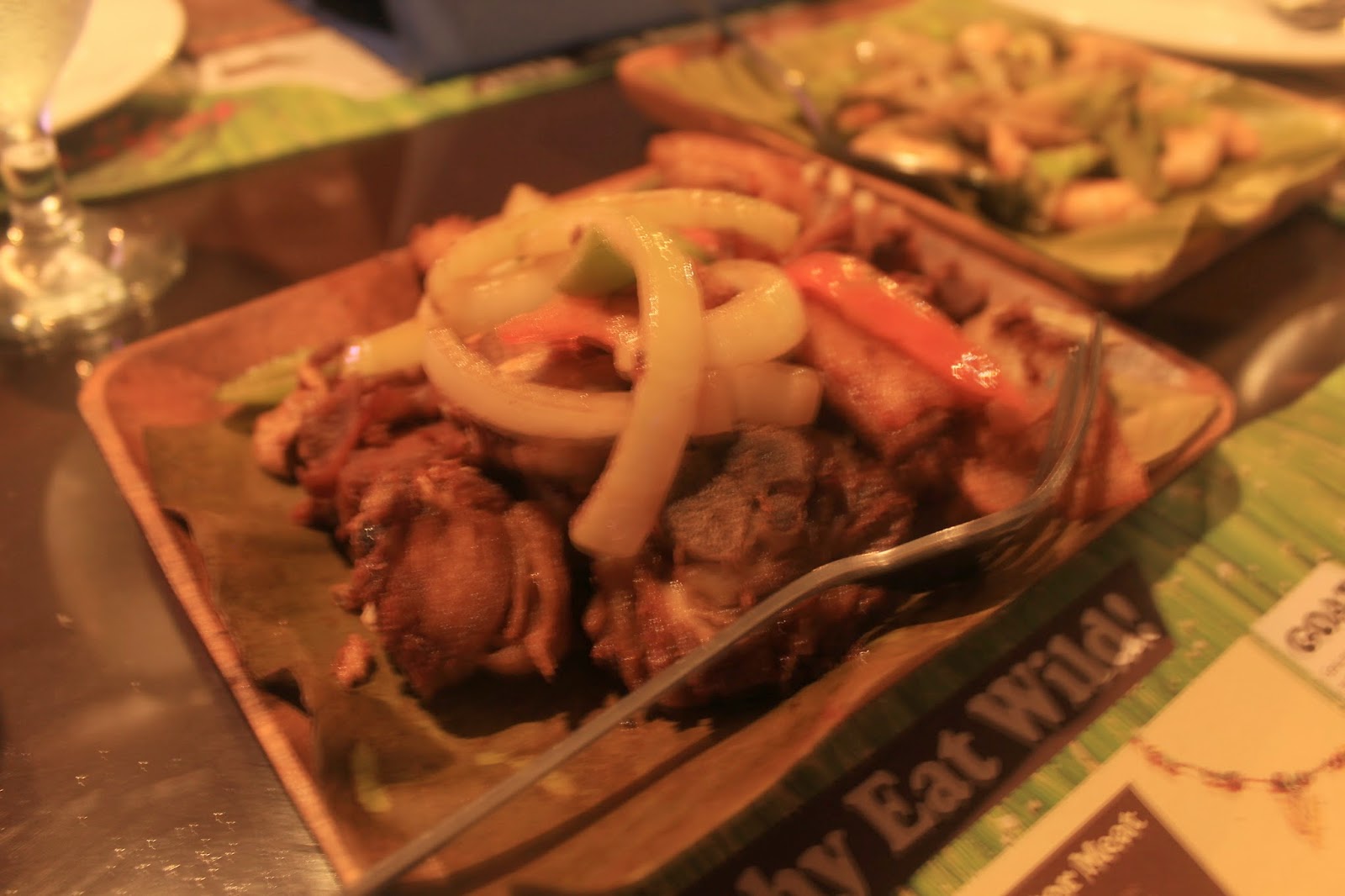 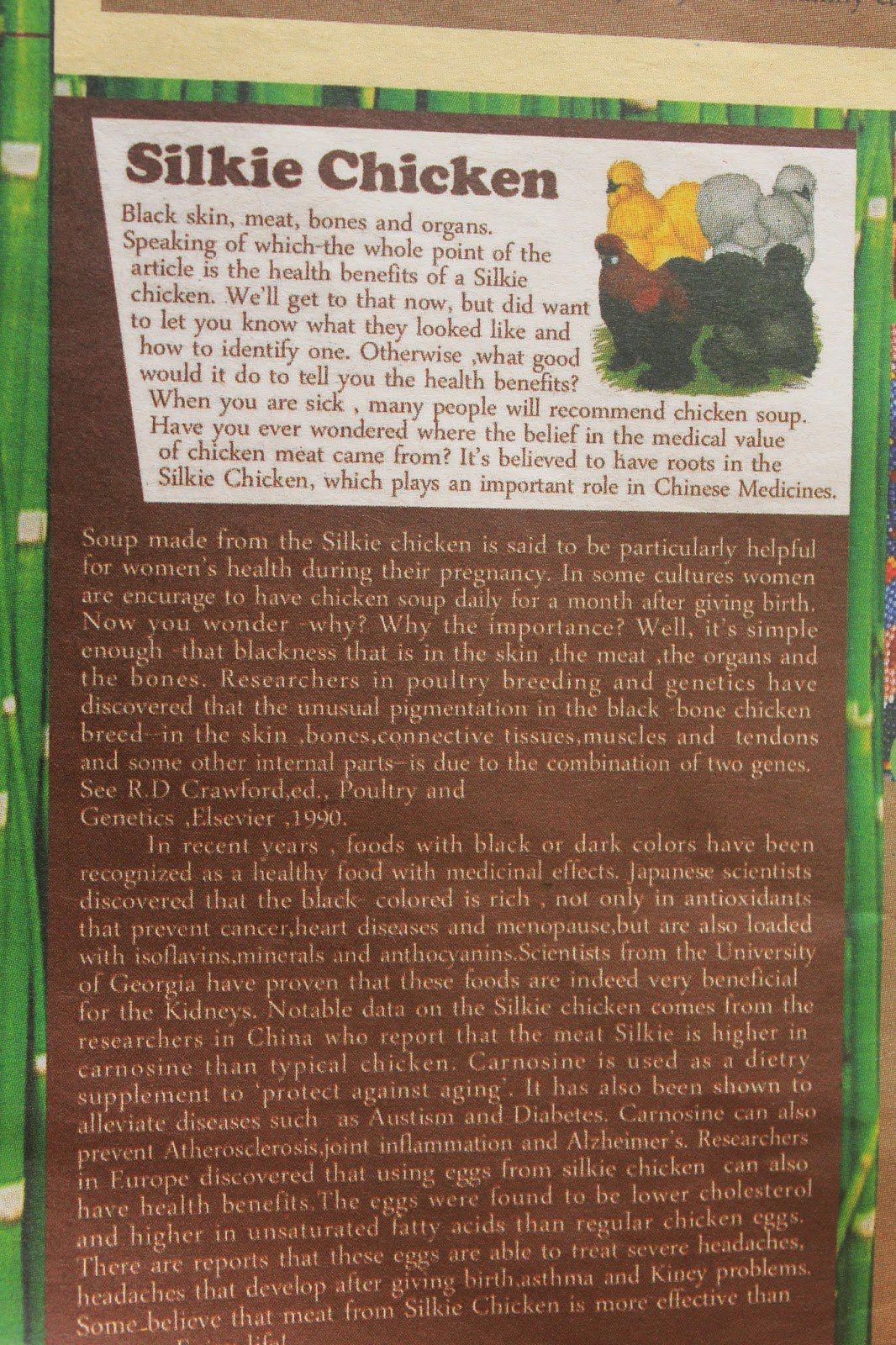 The soup was very delicious, inherently flavored
with the tasty and natural taste of native chicken. 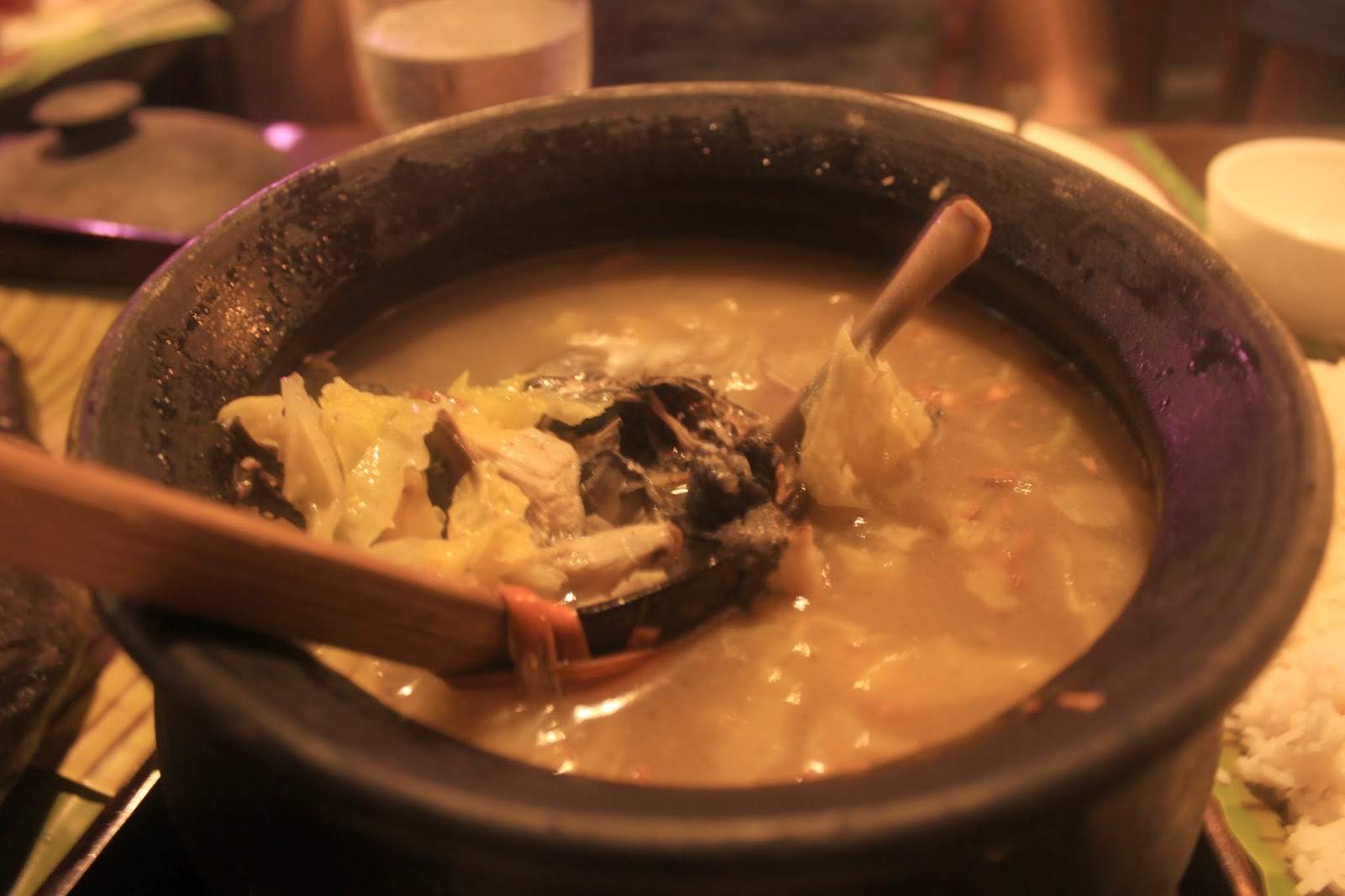 But the Silkie Chicken’s black skin, black flesh
and black bones looked gross. This dish is not
for the faint hearted, but it was actually very
delicious-  if one would eat it with his eyes closed. 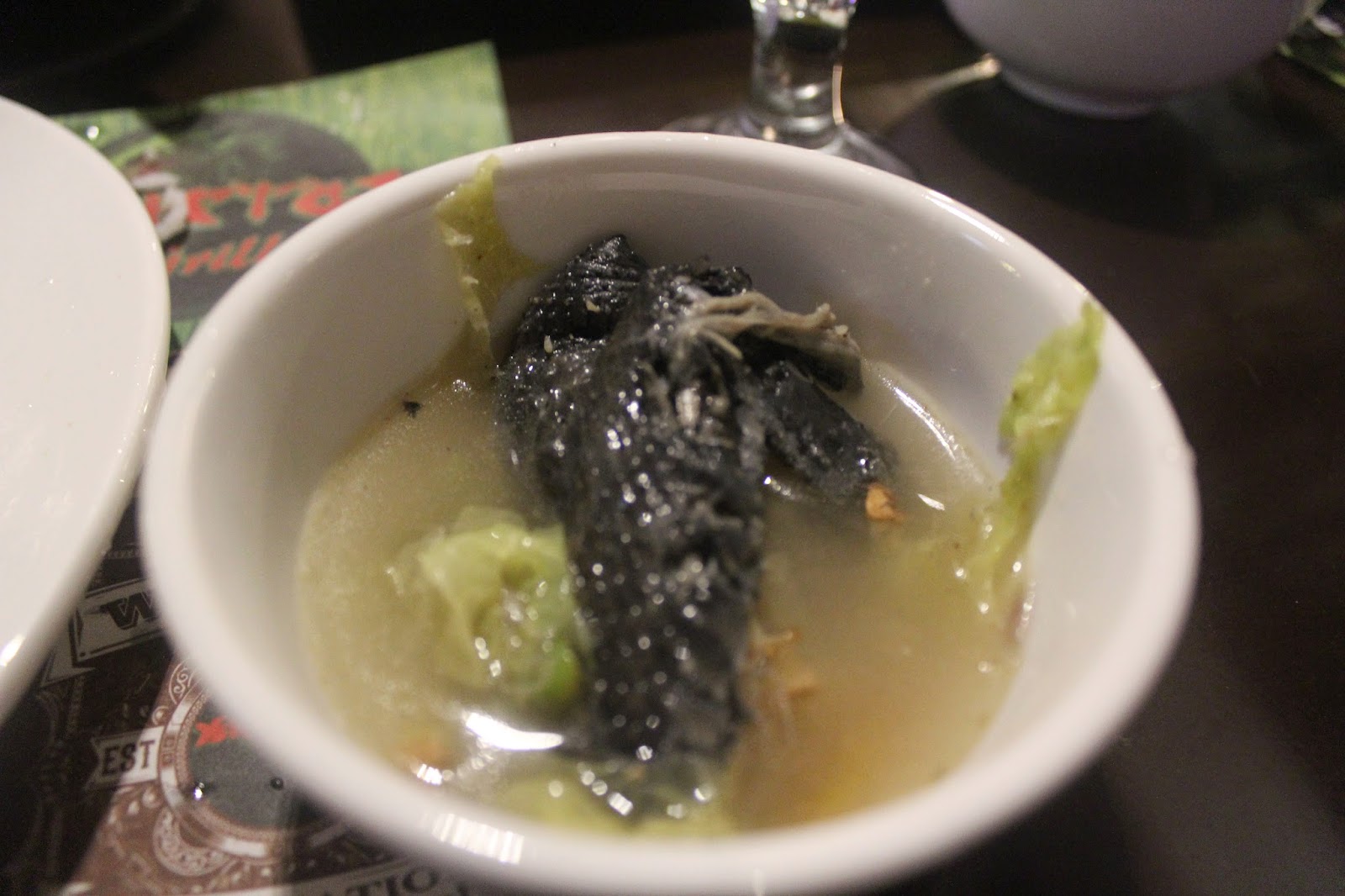 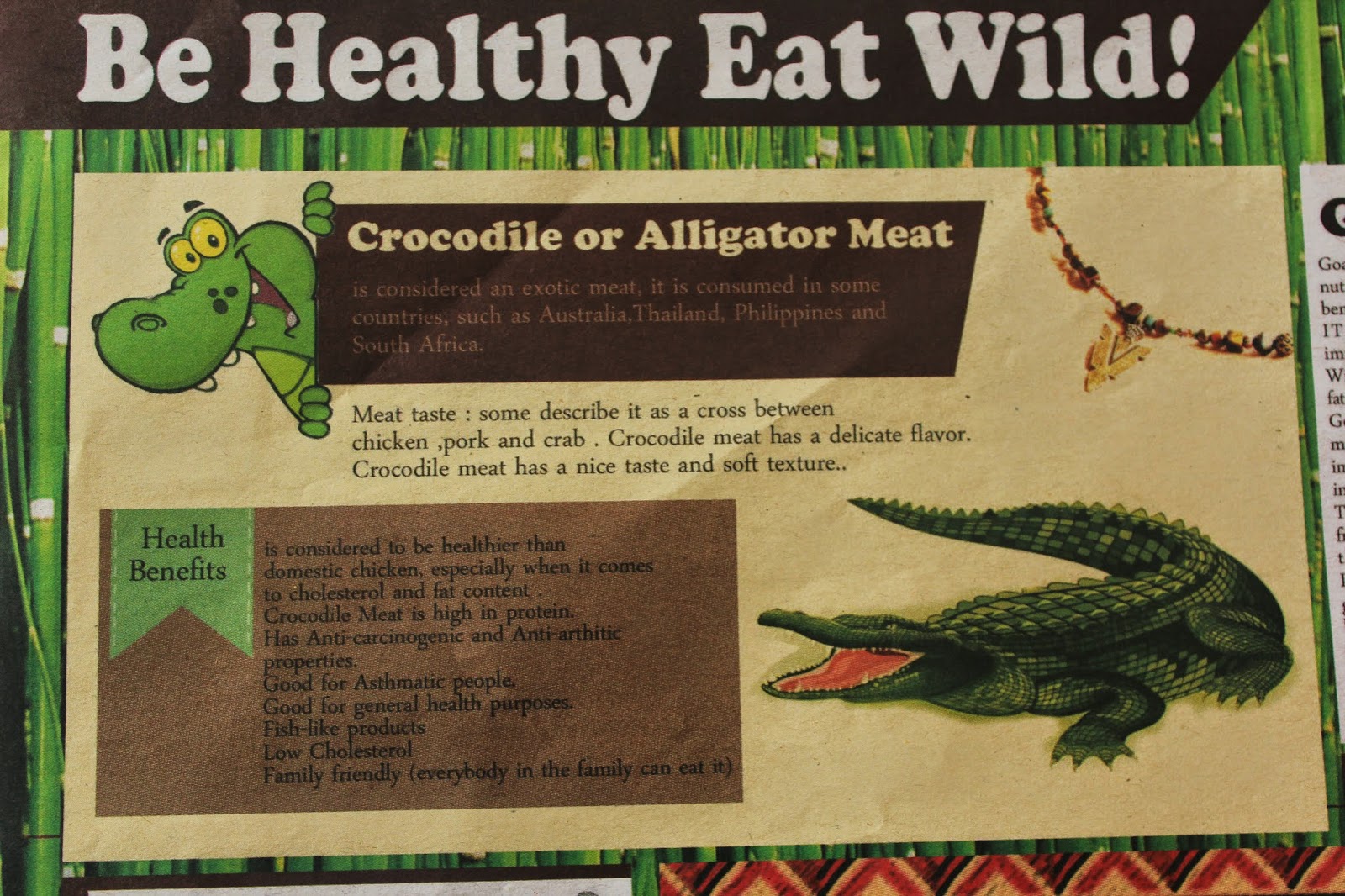 My family is not new to Alligator’s meat as we have
tried a delicious Alligator Steak in New Orleans and
we all enjoyed it. Krypton served the Alligator Tapa
in a sizzling plate, it was slightly sweetish and slightly
spicy and it actually tasted  like a chicken meat. 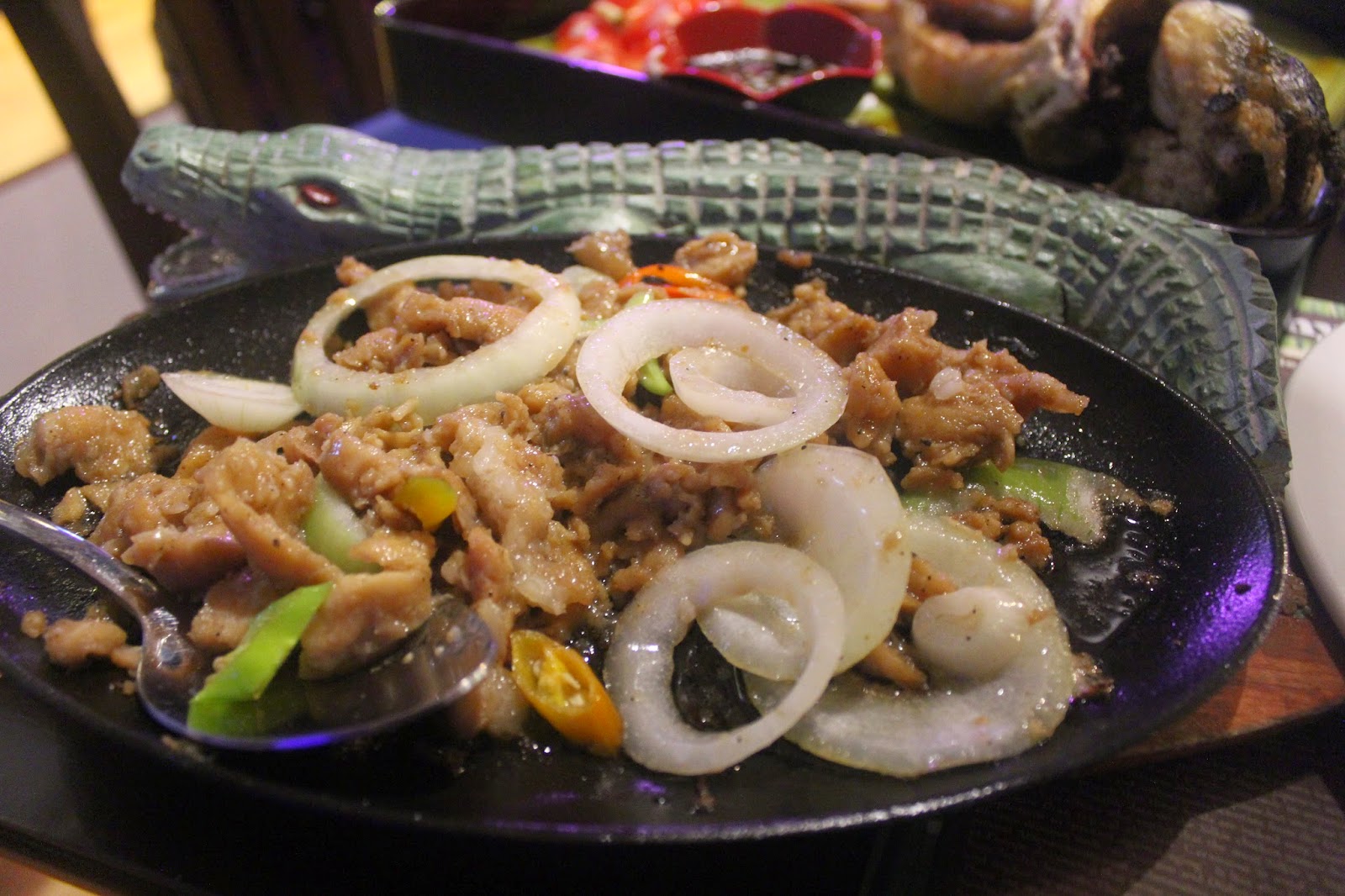 We also ordered Broccoli with Shirmps
though we found the Broccoli a little soggy
as it was overcooked, it was still very delicious. 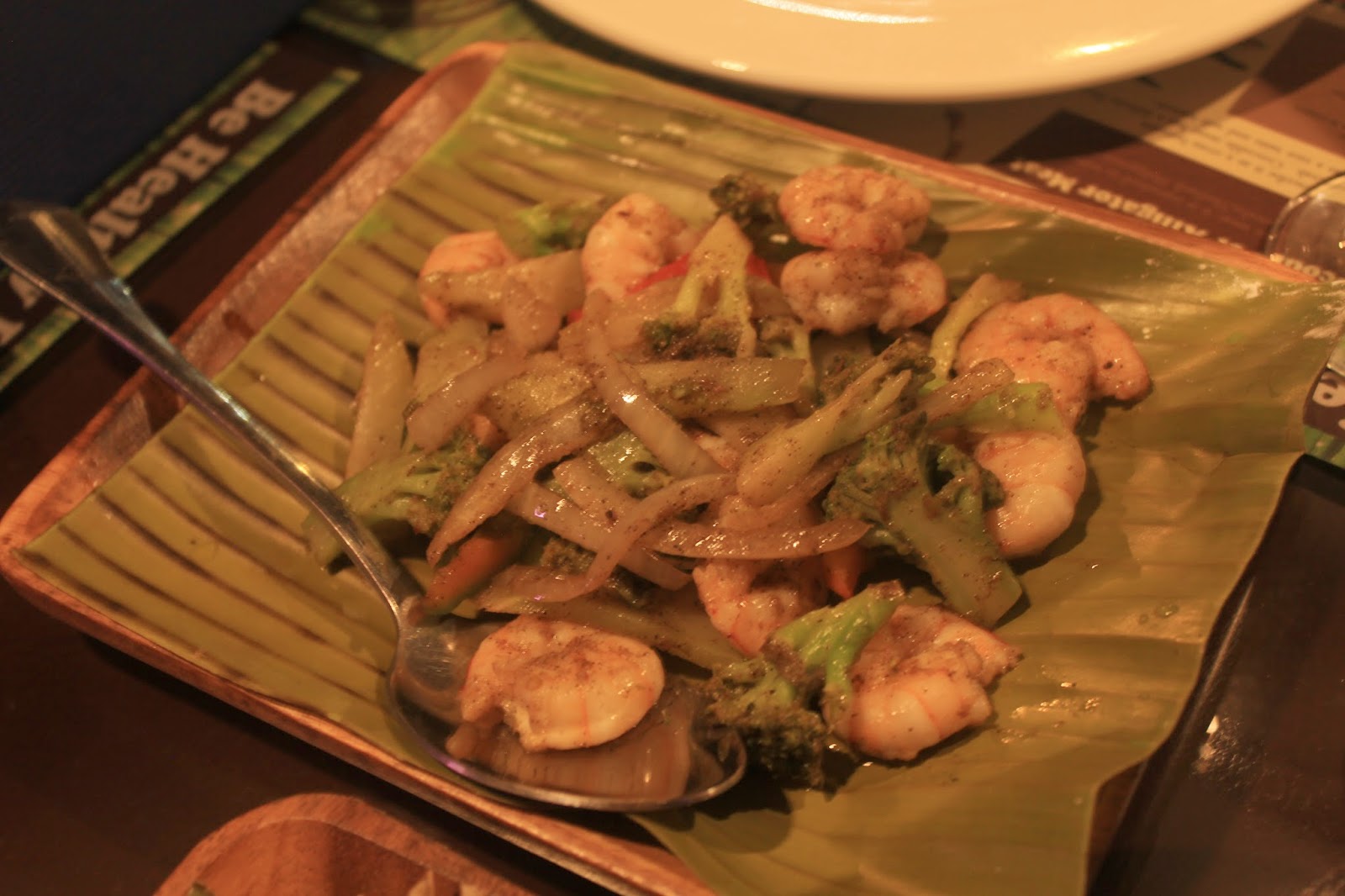 What came as a surprise was the Fried Pangasius.
It was served in a humongous platter as the fish was
SOOO BIG that it almost filled up the whole table. 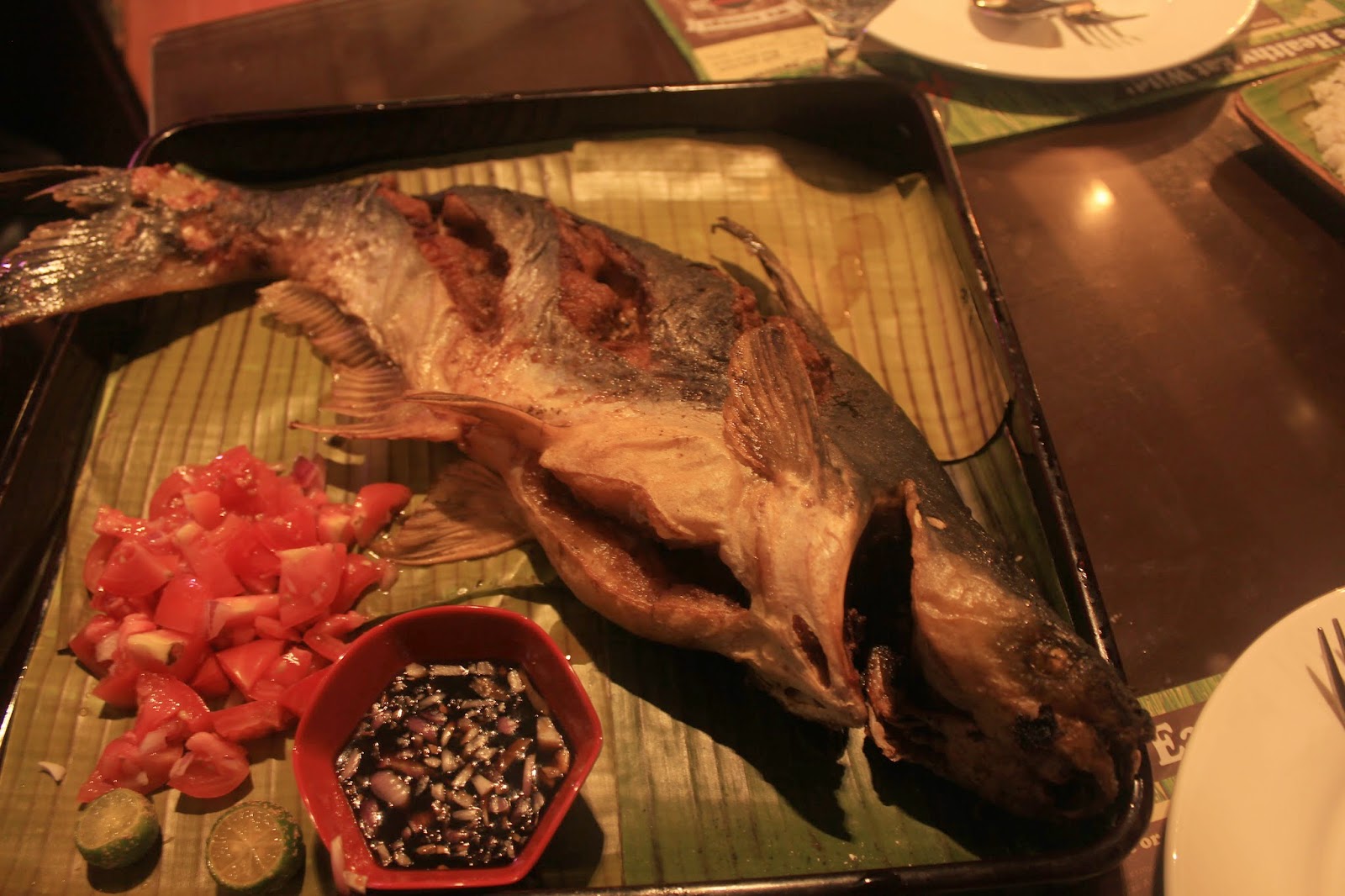 We even thought the gigantic fish was more than
enough for us, but surprisingly, it was so tender,
juicy and very delicious that we consumed every
bit and pieces and every morsel of the delicious
fish until there was nothing left but the bones. 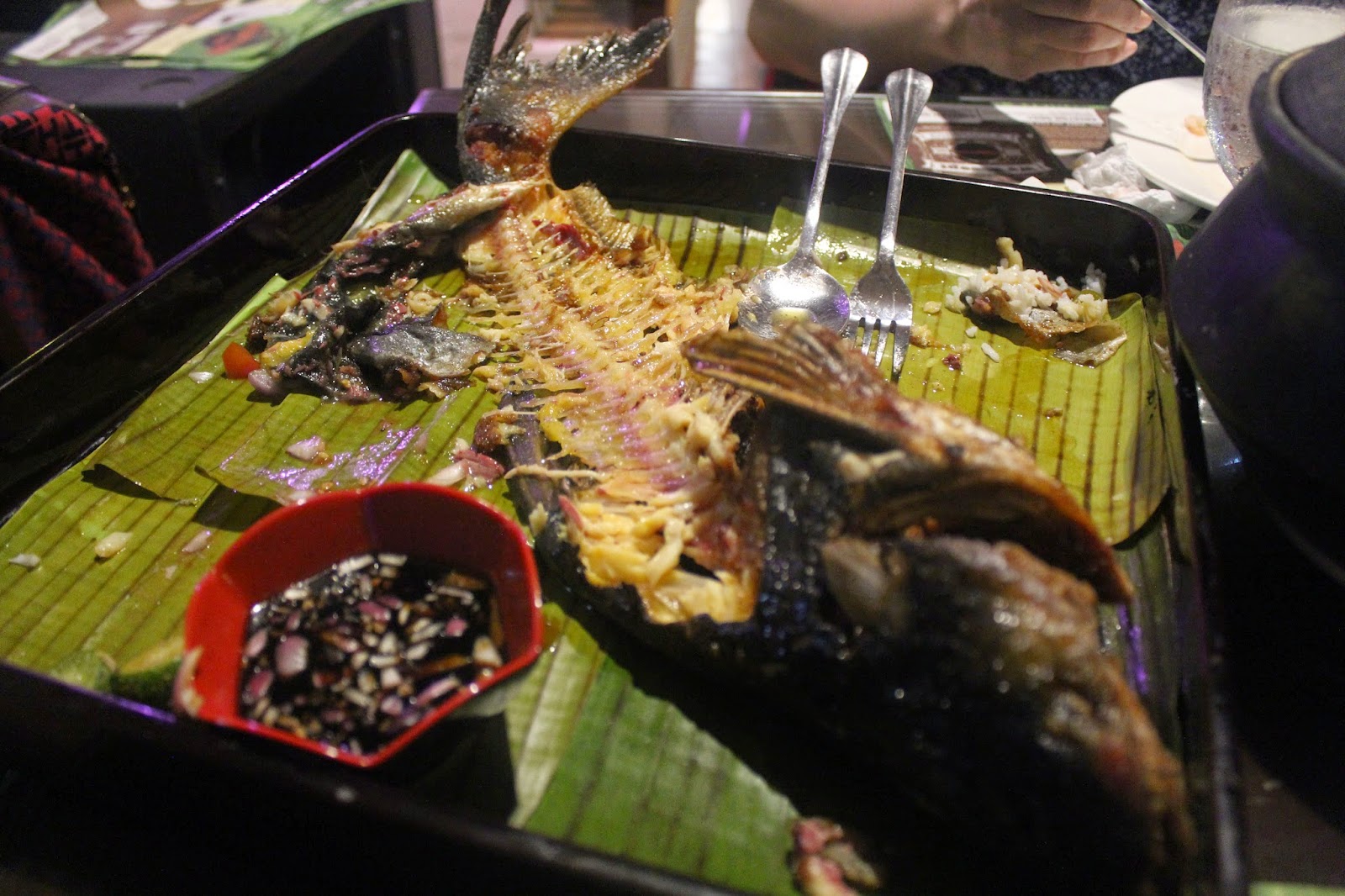 We even consumed all the tomato and onion side dish
except for the disgustingly salty soy sauce as no one in
the family really likes this unpalatable briny concoction. 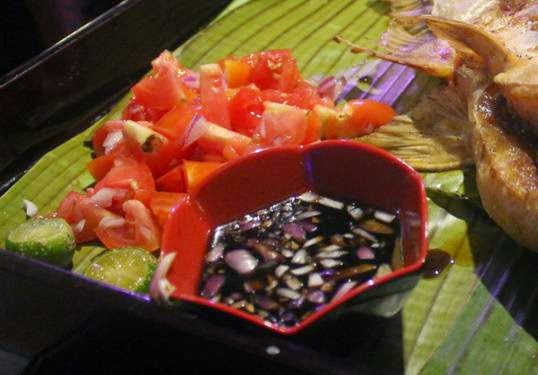 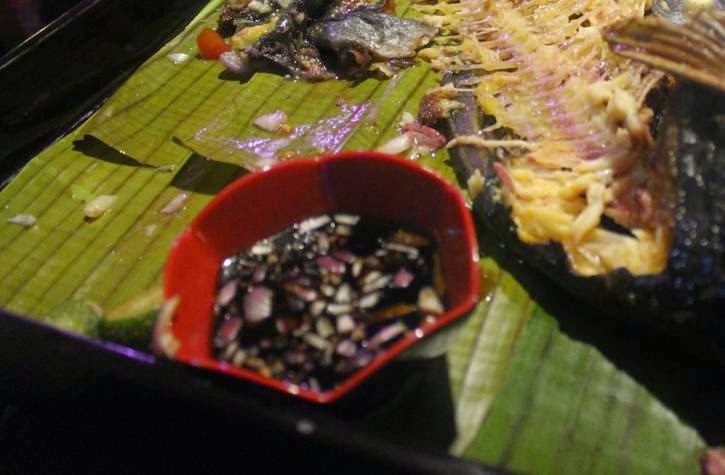 We concluded our meal with a delicious
Leche Flan and it was a perfect way to end
an exciting and adventurous cuisine and we
look forward dining in  Krypton Grill again to try
other exotic dishes like the rabbit and the goat. 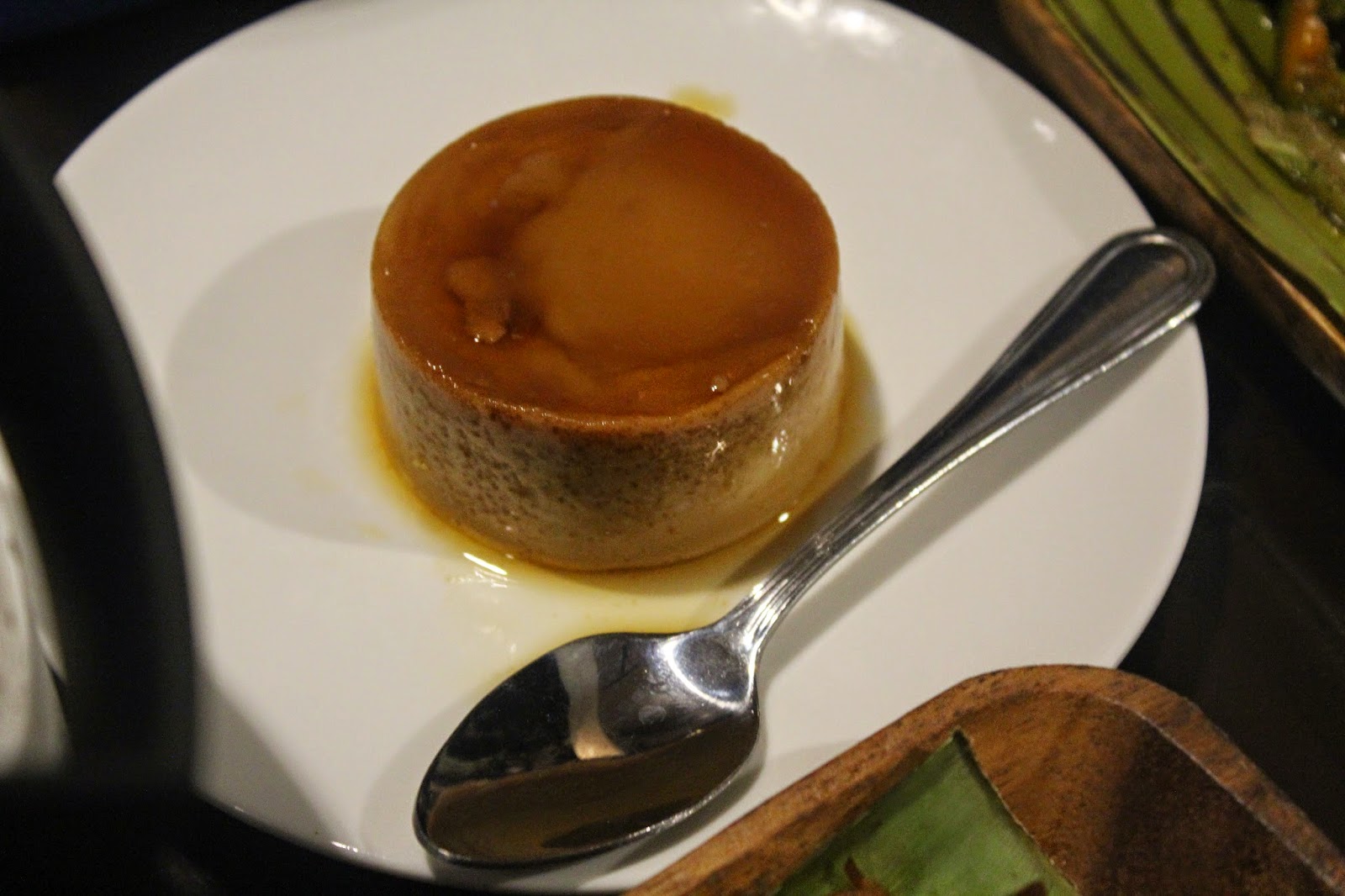 Posted by Ramon Caceres at 5:36 PM