Caby’s Cabana; Tasty or Salty? That is the Question.

Caby’s Cabana
Tasty or Salty? That is the Question

It was late in the afternoon when we arrived at  Caby's Cabana
as we were invited for my mother- in- law's birthday. 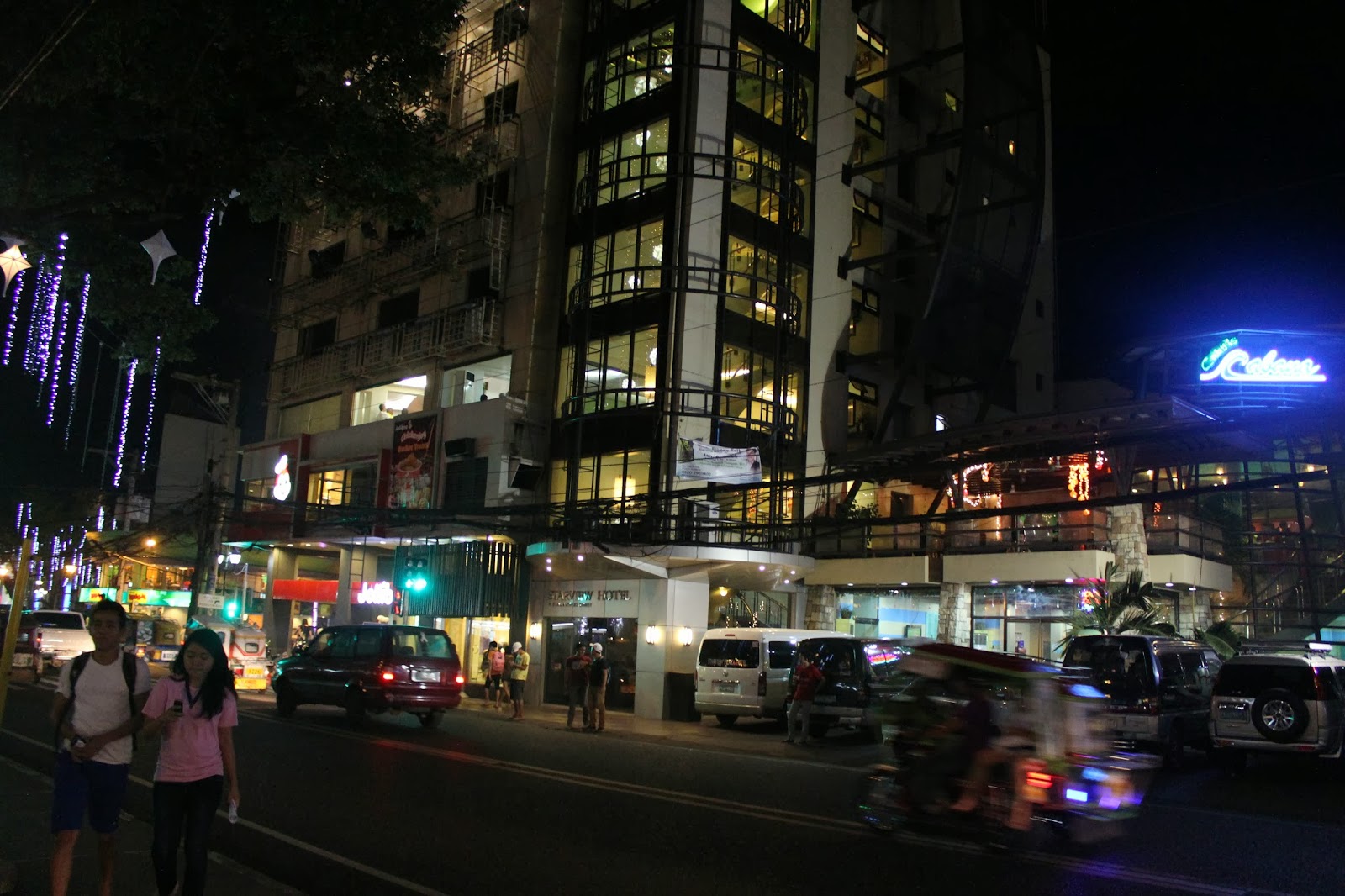 We have been  to Caby’s Cabana several times, as it is where
we annually watch the Translacion  Procession during the
Penafrancia Festival and we never really got to fully dine there,
but we have already tried their late afternoon snacks then. 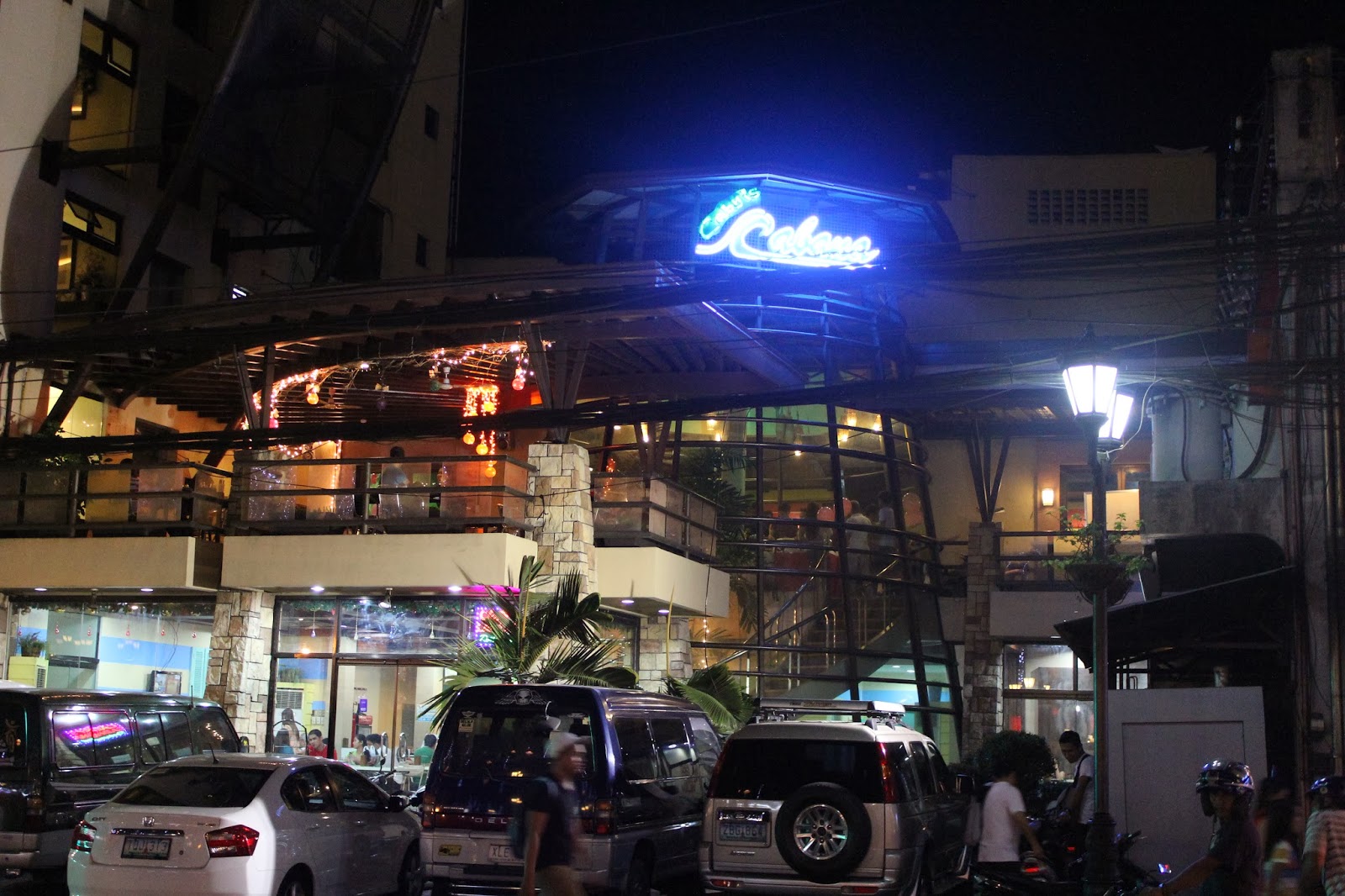 This is the first  time to have a complete dinner here
and try some of their best selling and popular dishes. 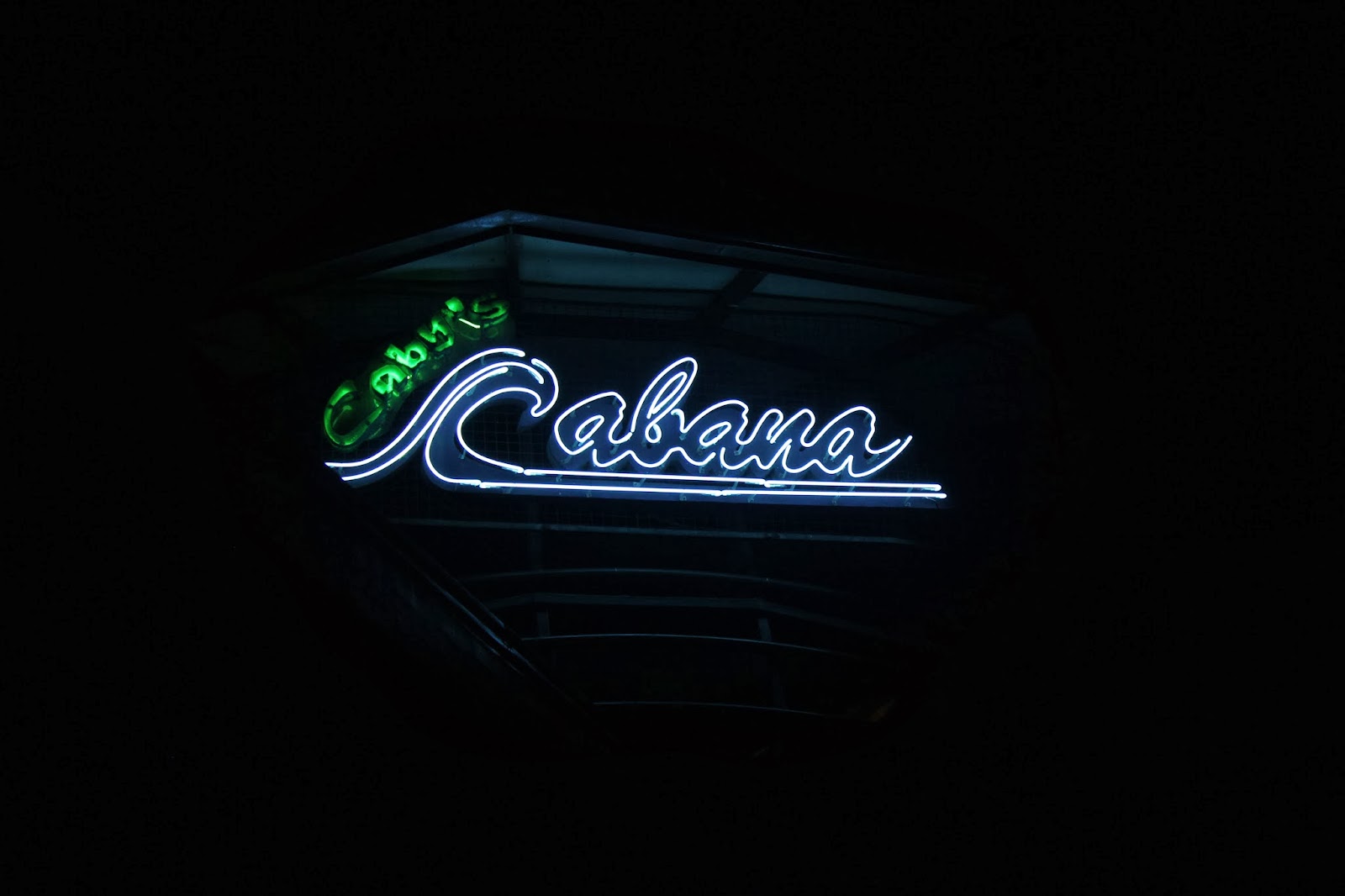 been designed by the talented Biboy Belleza, 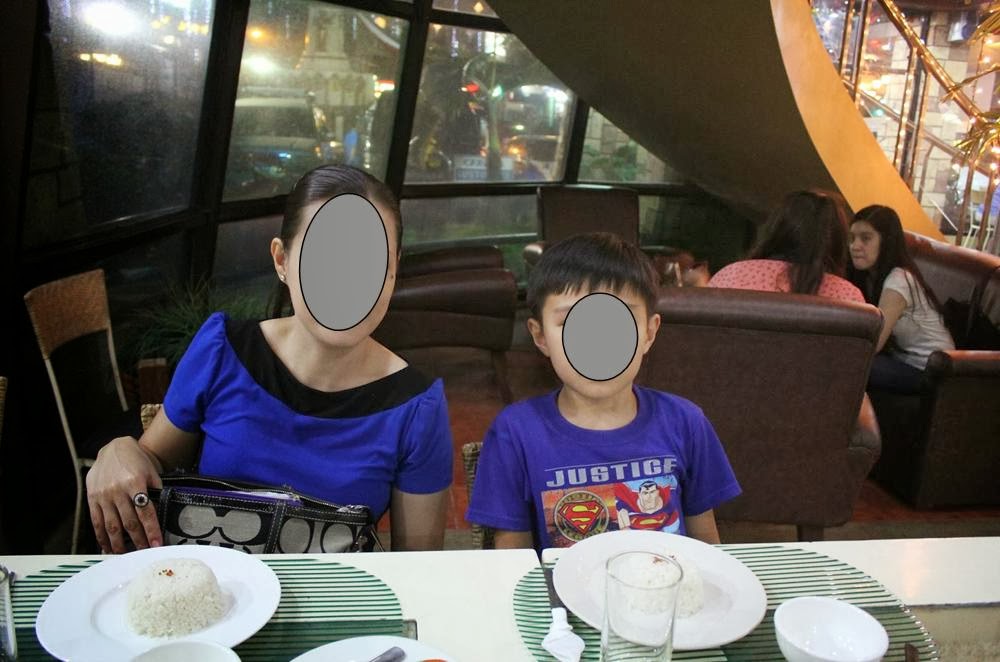 …inspired by the quaint seaside cottage design, but  years
of wear and tear, the place seems to be screaming
and yearning for a much needed renovation. 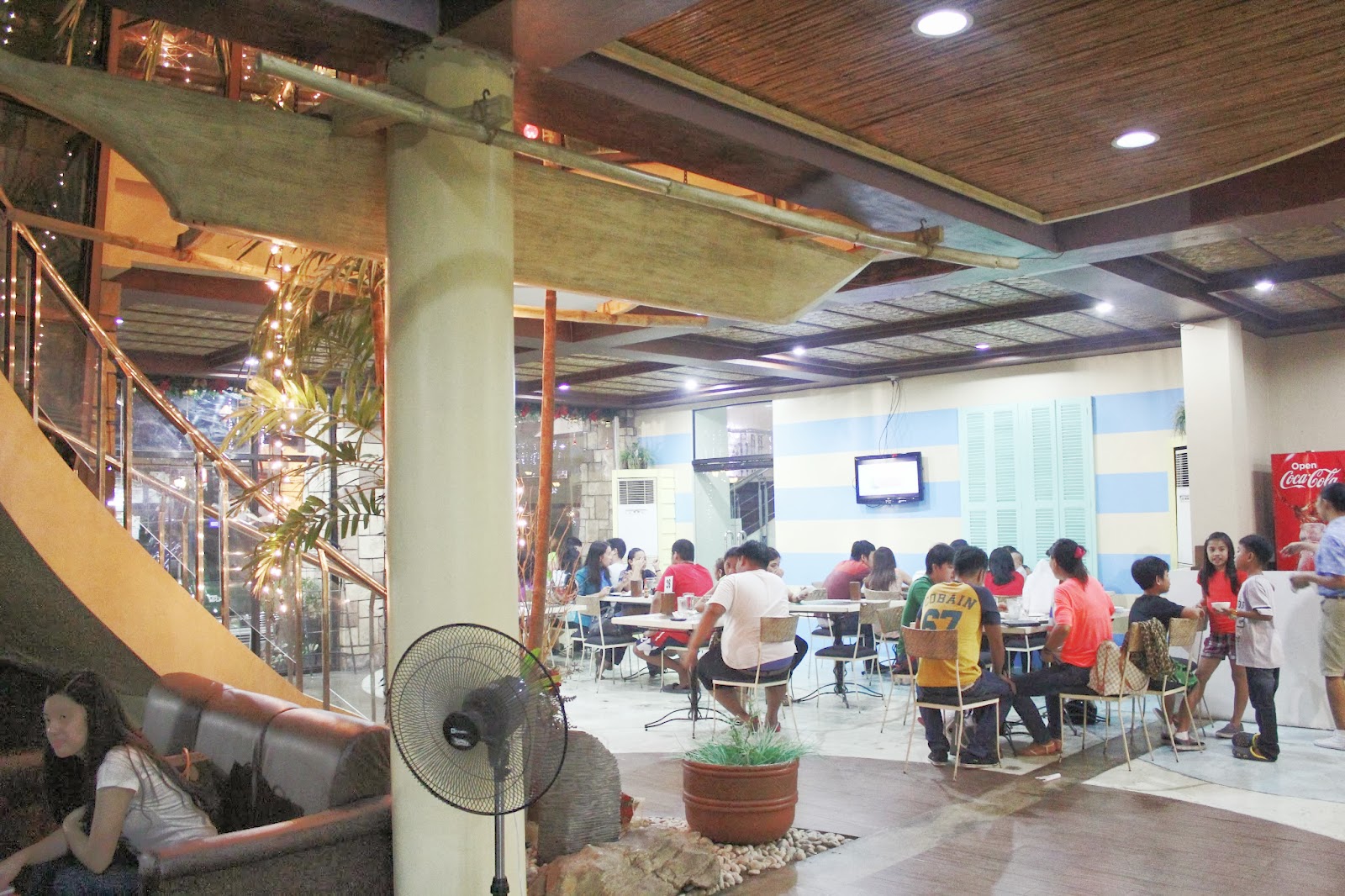 The restaurant was crowded during our visit
and there was an ongoing buffet at the second
floor, but we decided to dine a’la carte. 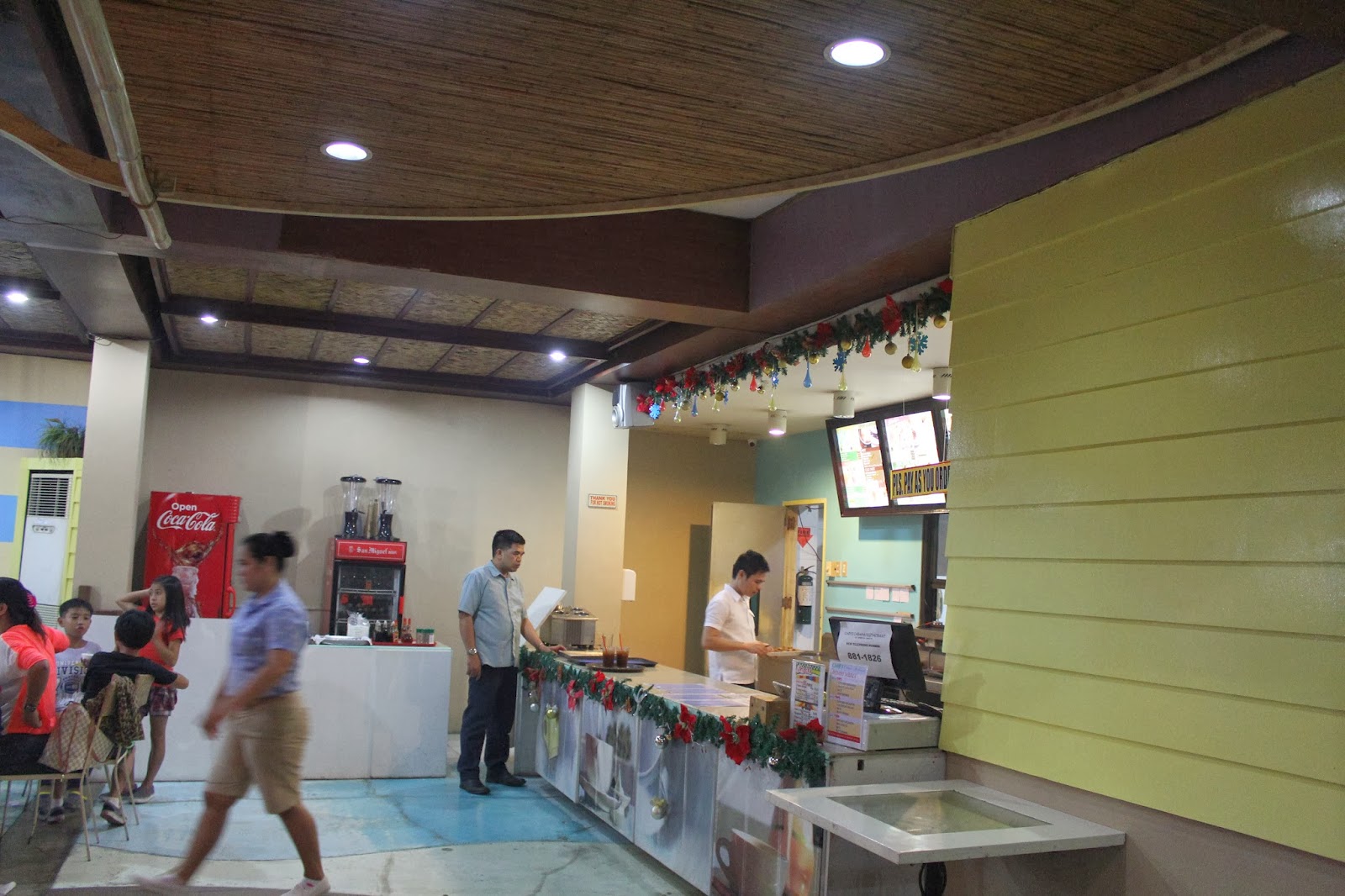 My family was seated on one table while our other relatives
were also seated with their own families on separate tables
but we were served exactly the same pre- ordered dishes. 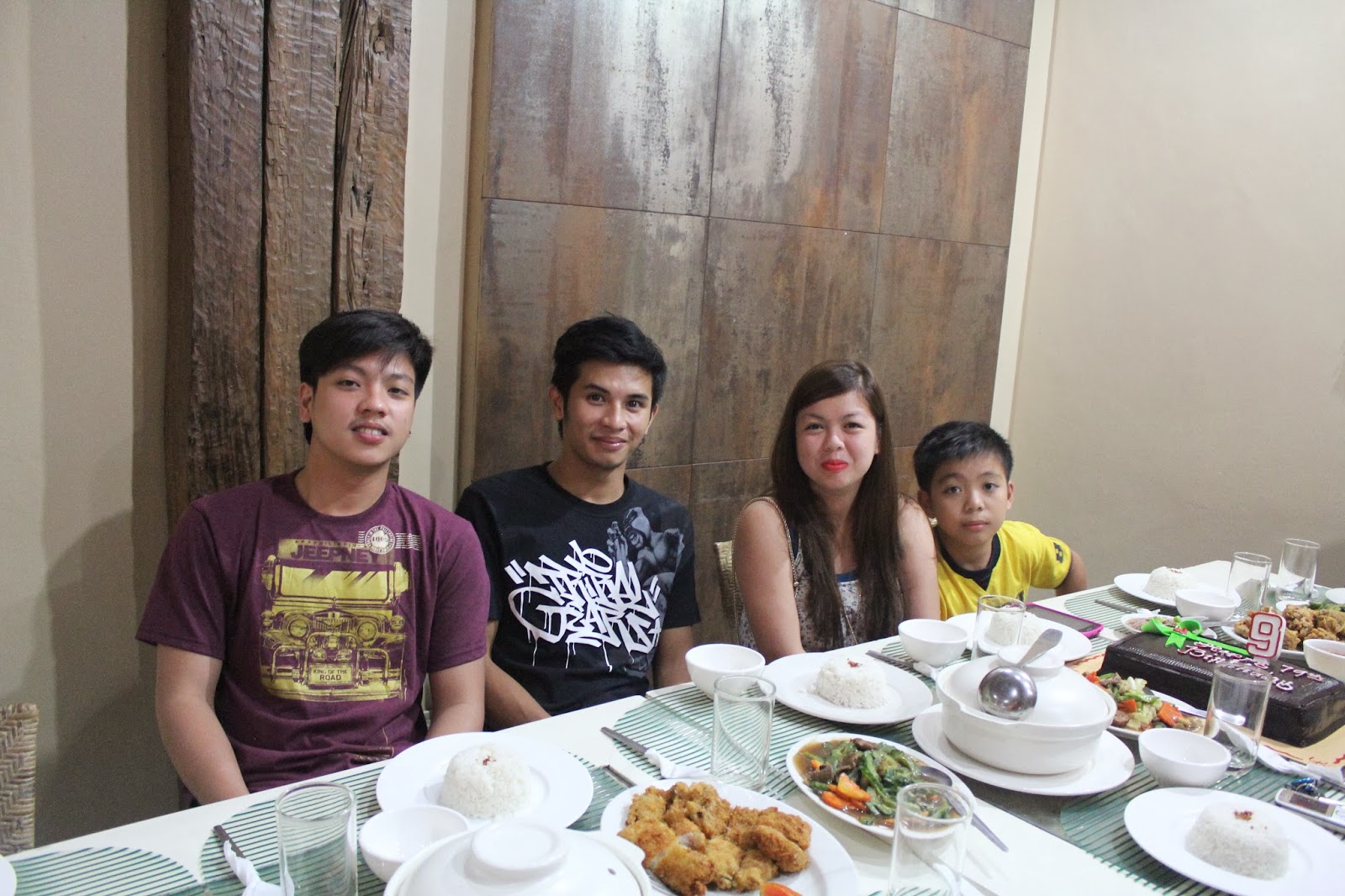 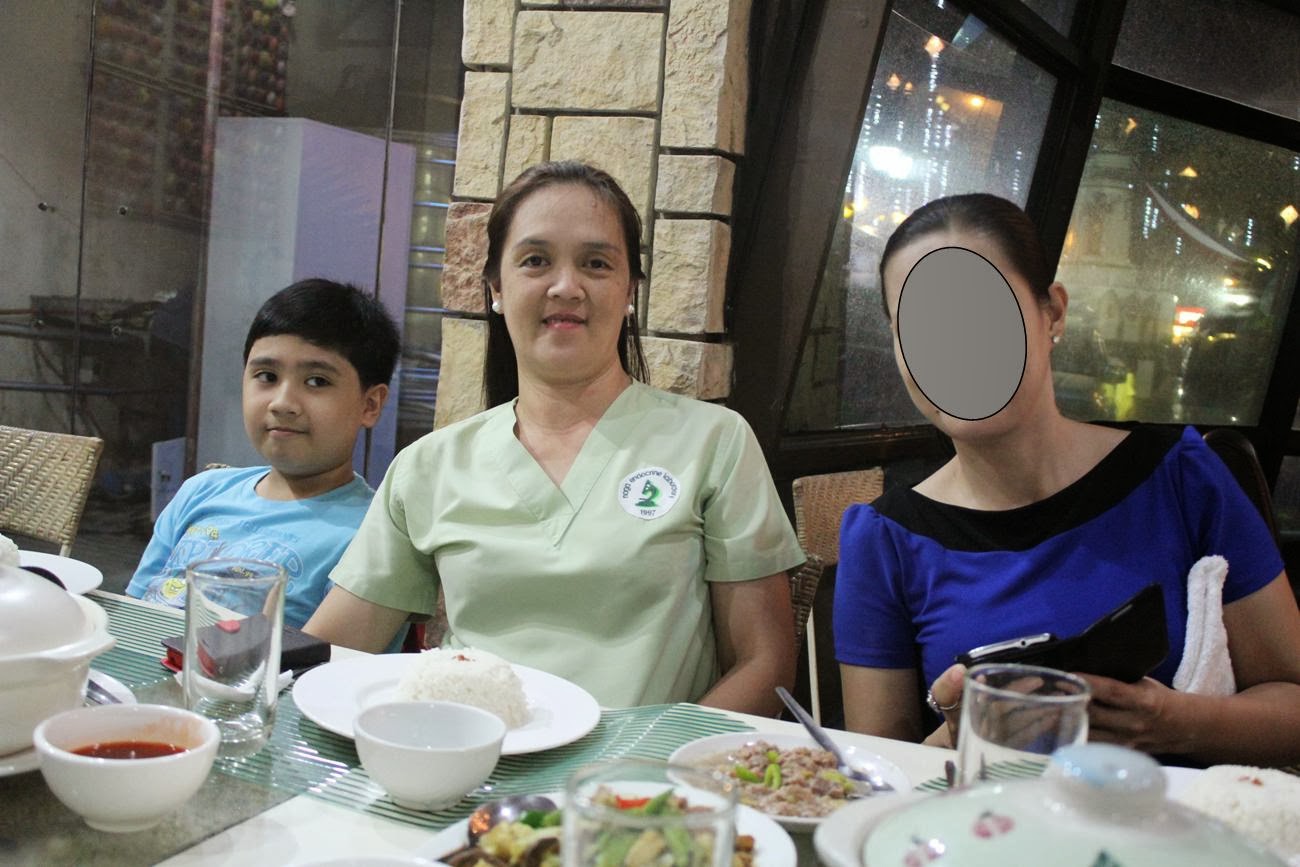 Our dinner started with Sinigang na Baboy
which my wife and daughter found delicious.
I found the sinigang to be too sour for comfort, 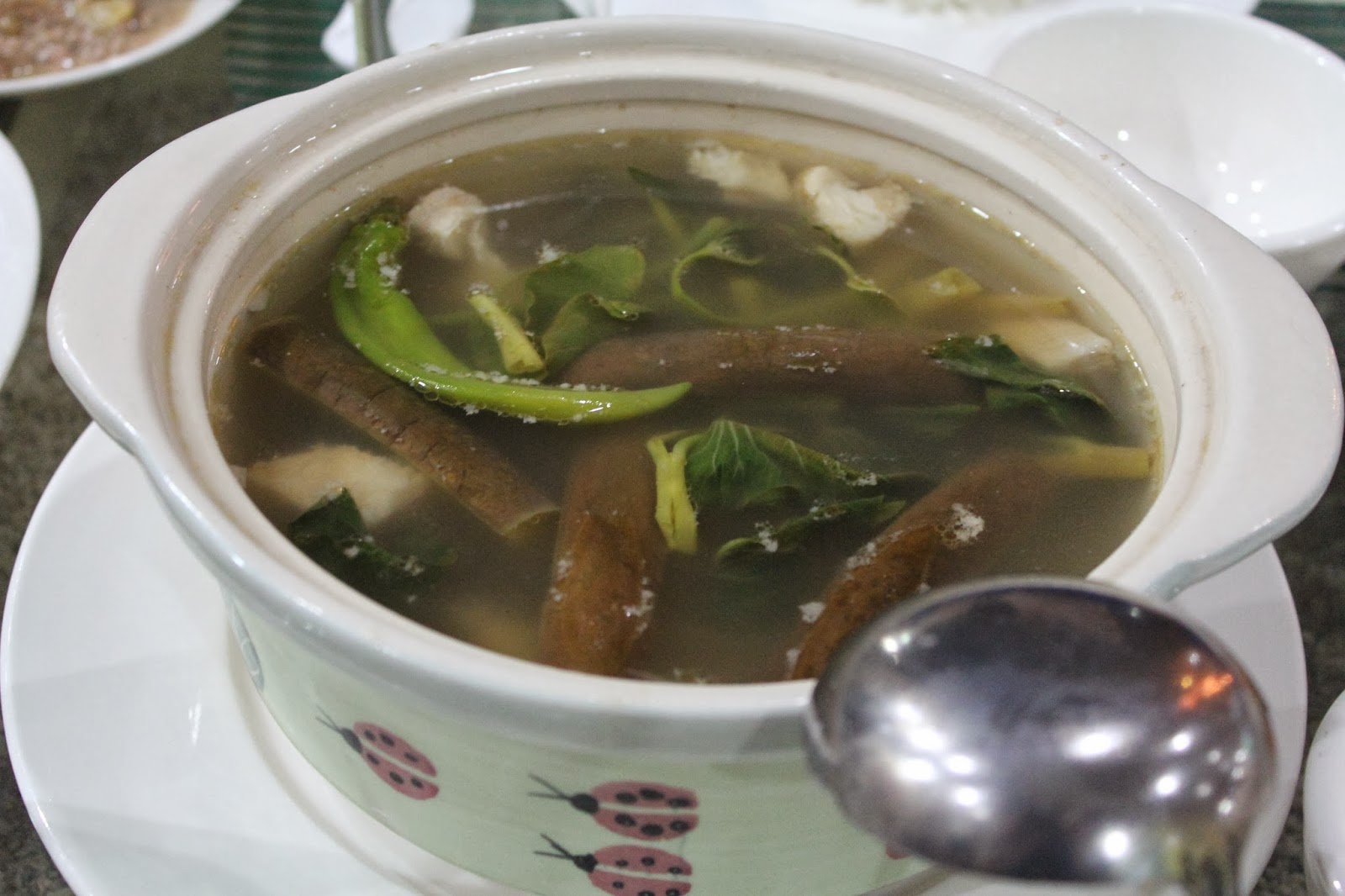 ...and I personally never, never liked sinigang
that makes you wrinkle your face in consternation
of putting too much tamarind on the soup base. 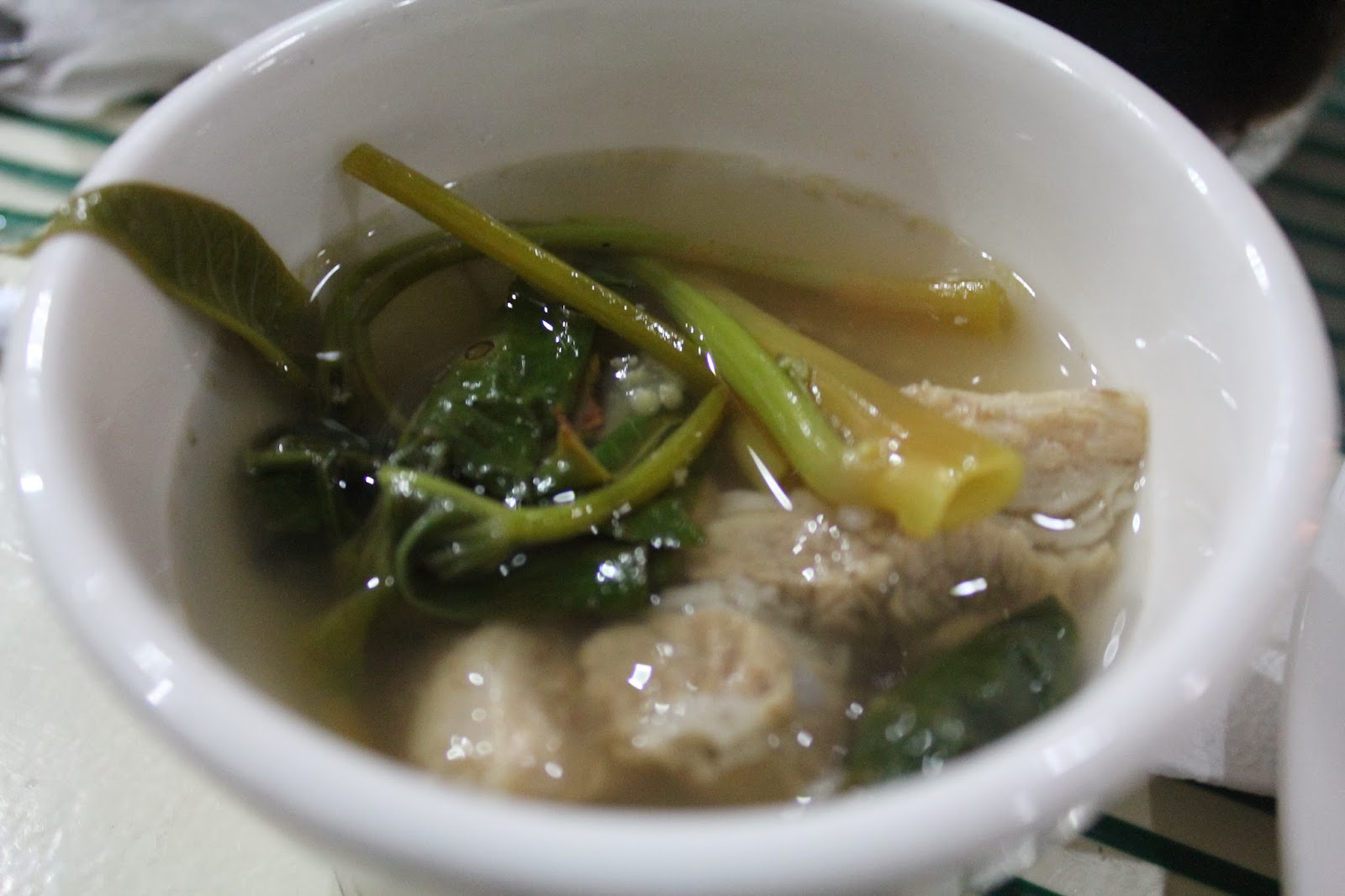 The Buttered Chicken was just too salty
and that made us suspect the chef may have
accidentally poured too much salt while cooking. 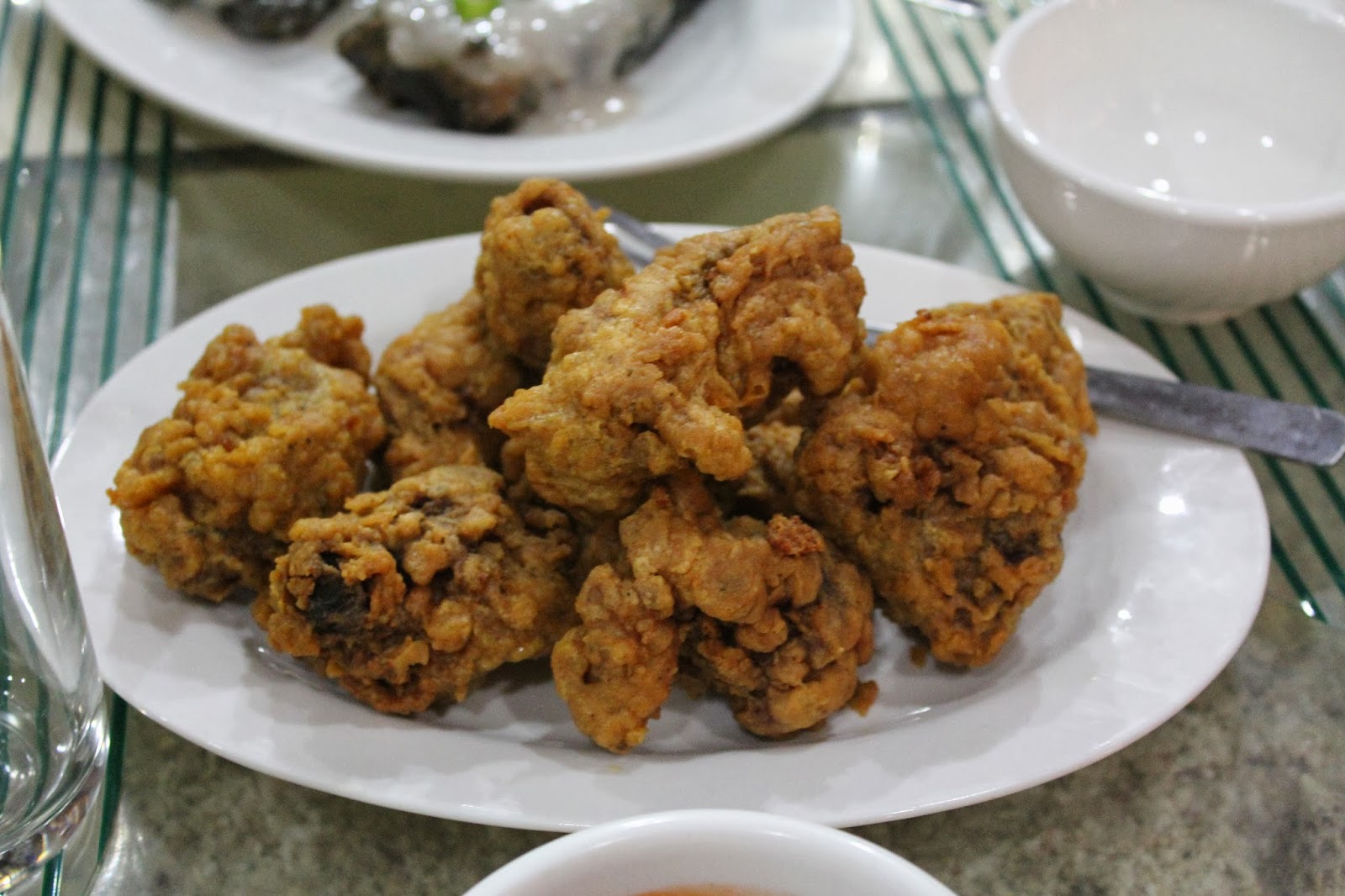 When the Breaded Fish Fillet was served, it also tasted too salty,
and least this time I knew the the the Breaded Chicken's saltiness
was not accidental. Something is wrong with the Chef's taste buds. 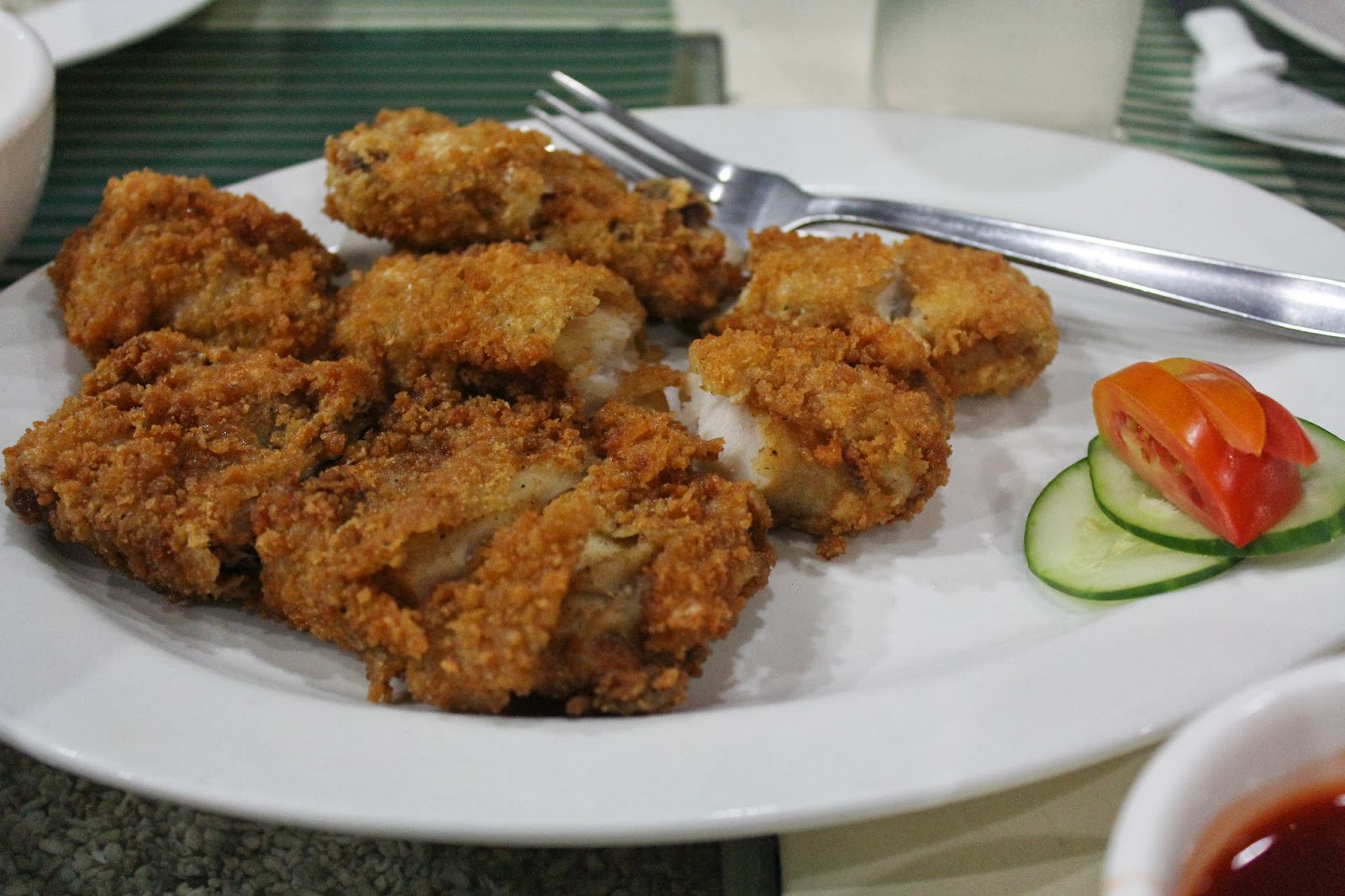 The fish and the chicken were served with
disgusting  Banana Ketchup that is intolerably sweet.
I still do not  understand until now, why there are restaurants
that fail to realize that there are better tasting
tomato ketchup preparations in the market, 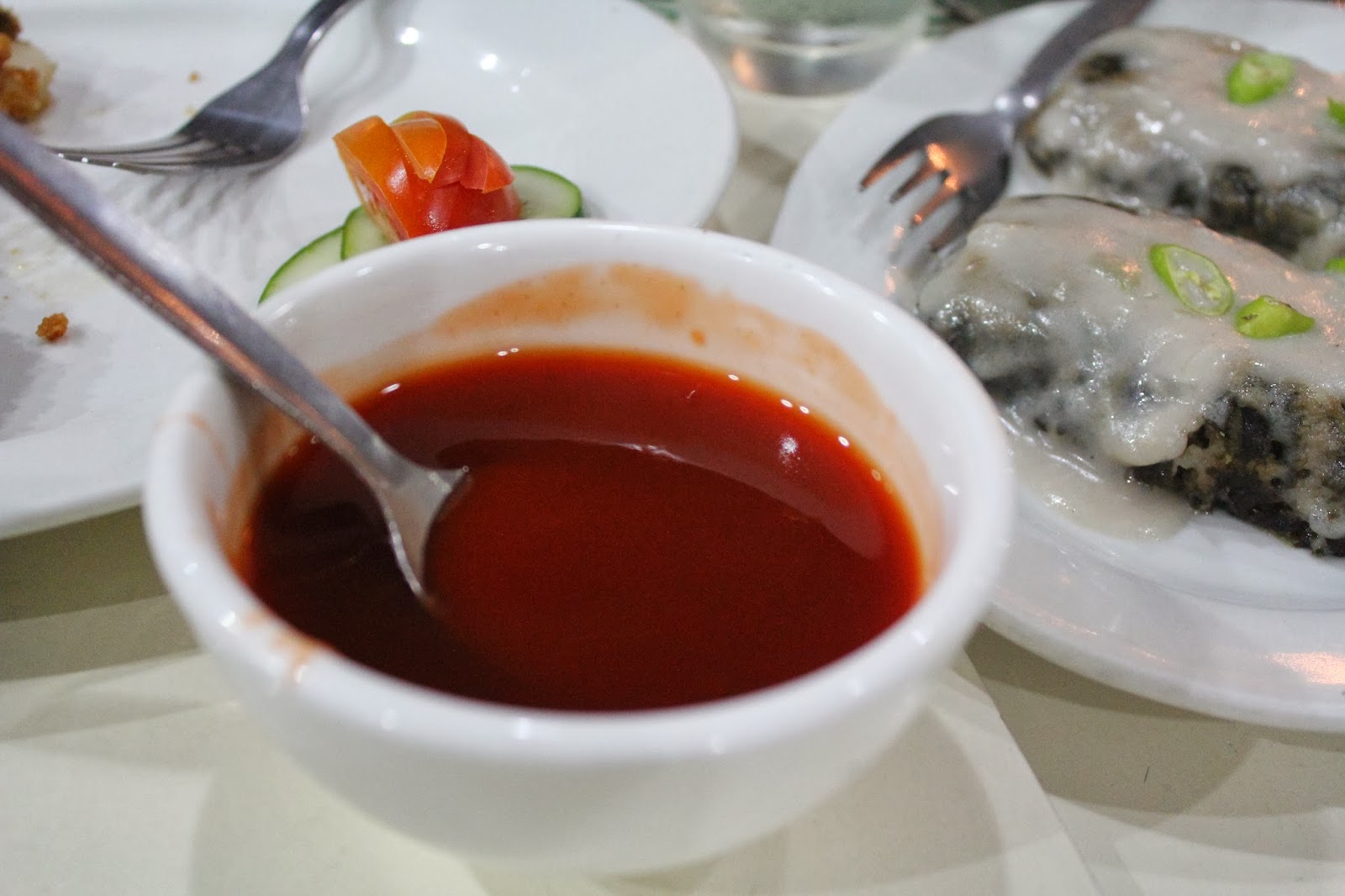 The Beef with Ampalaya, was not spared
by the chef’s penchant on putting too much
salt on the dishes that he prepares, 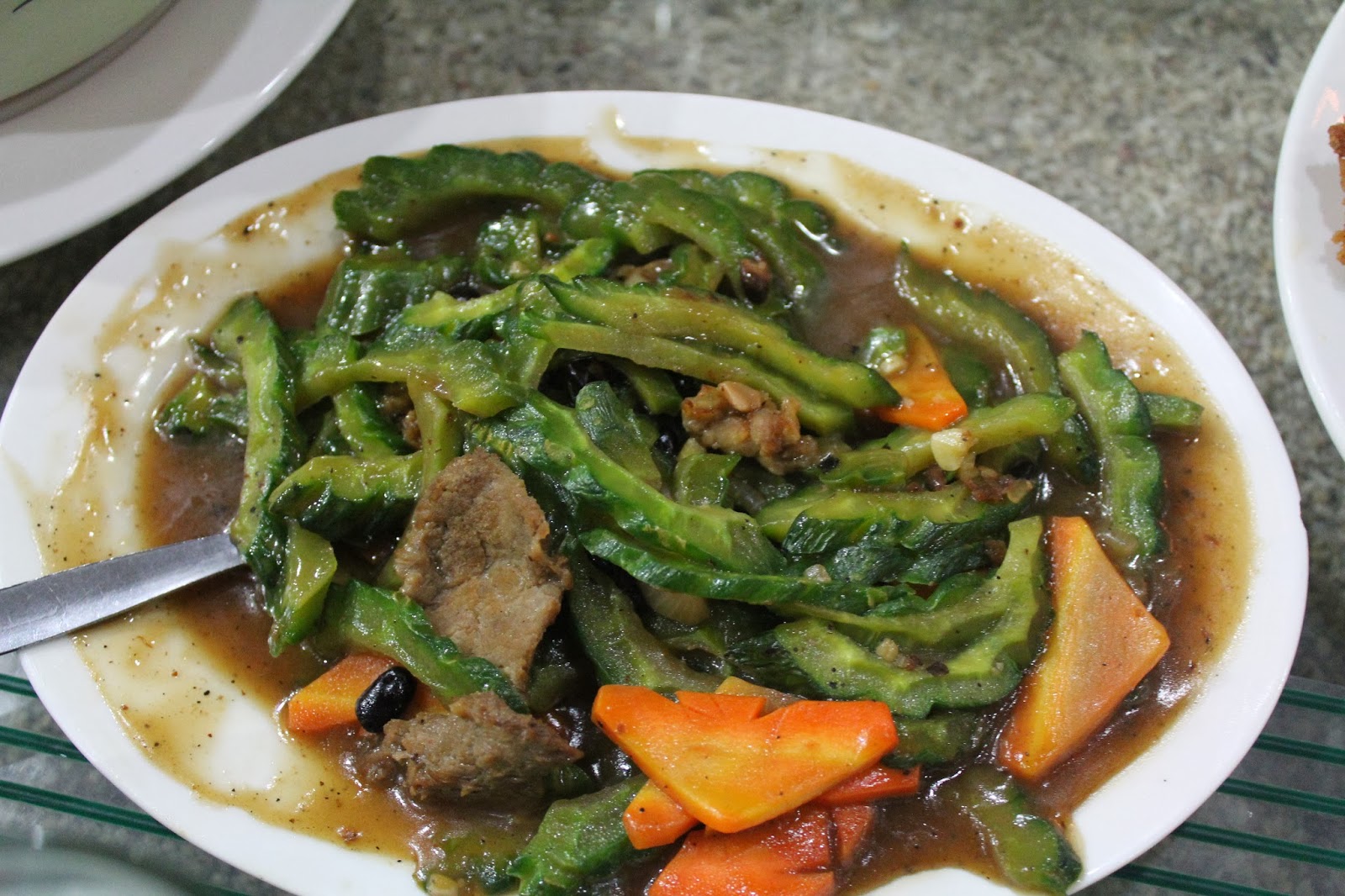 … and so was the Chop Suey. 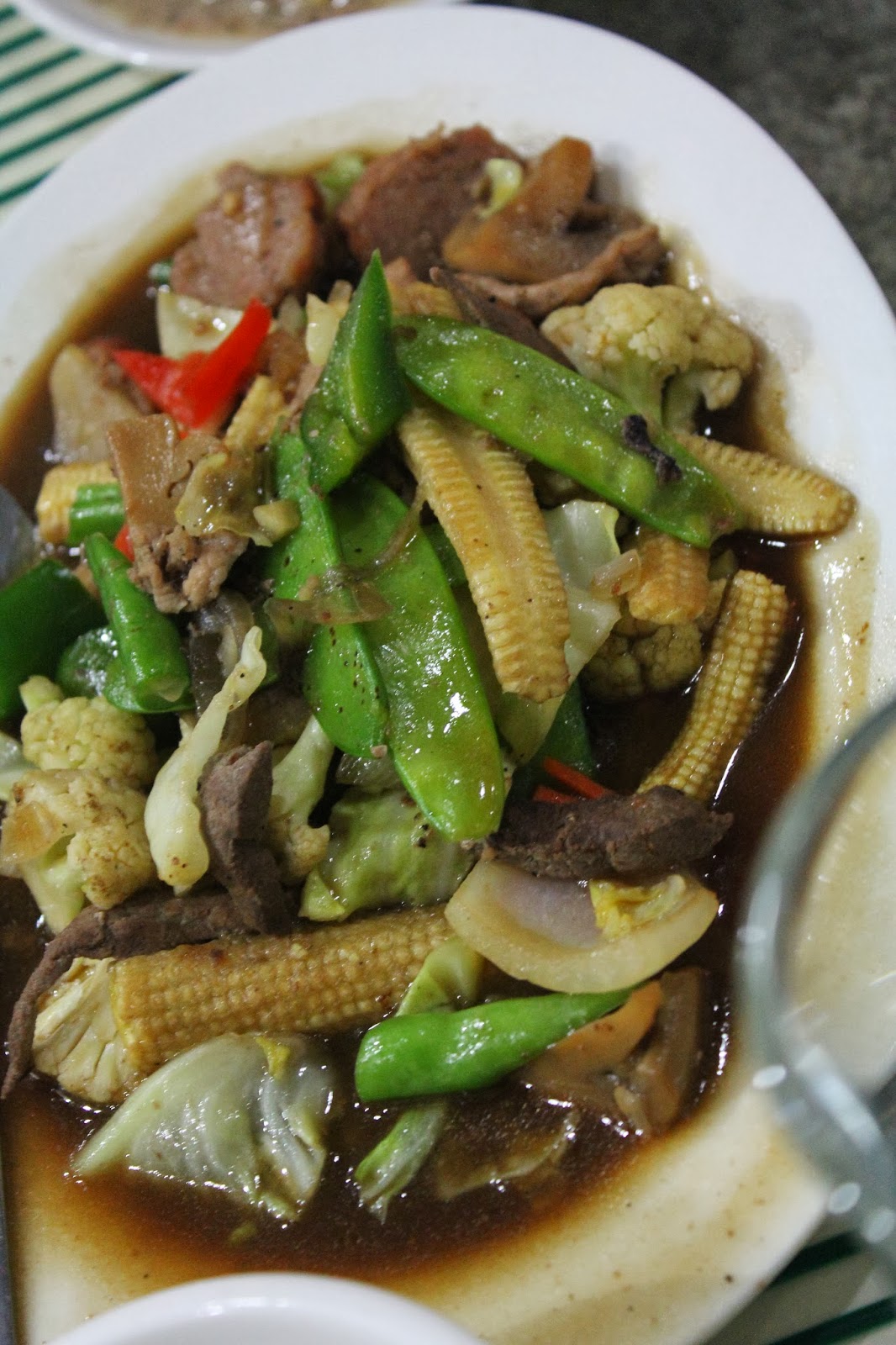 The Laing  they serve, I believe is saltiest version
that I have ever tasted in my lifetime. 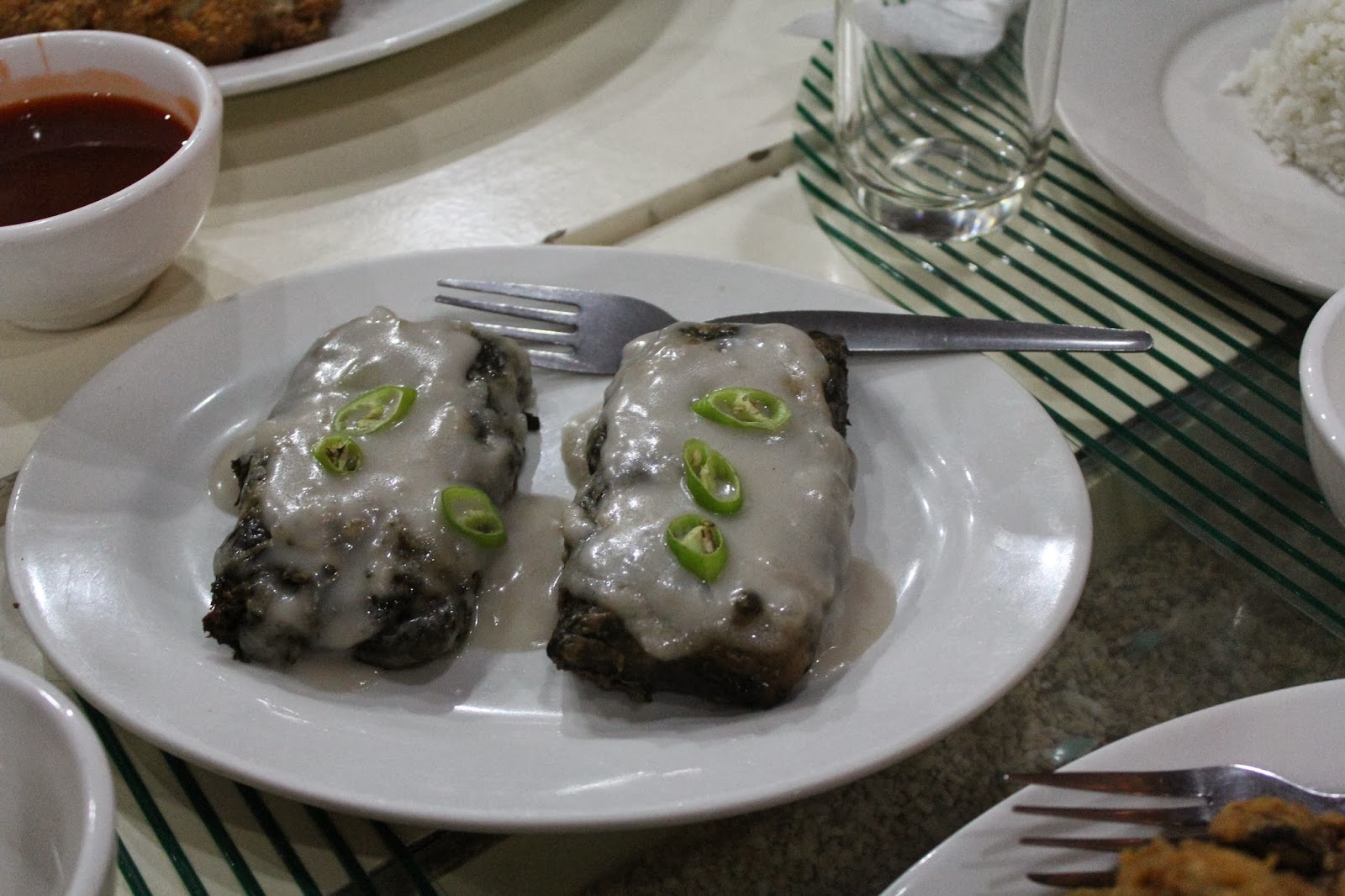 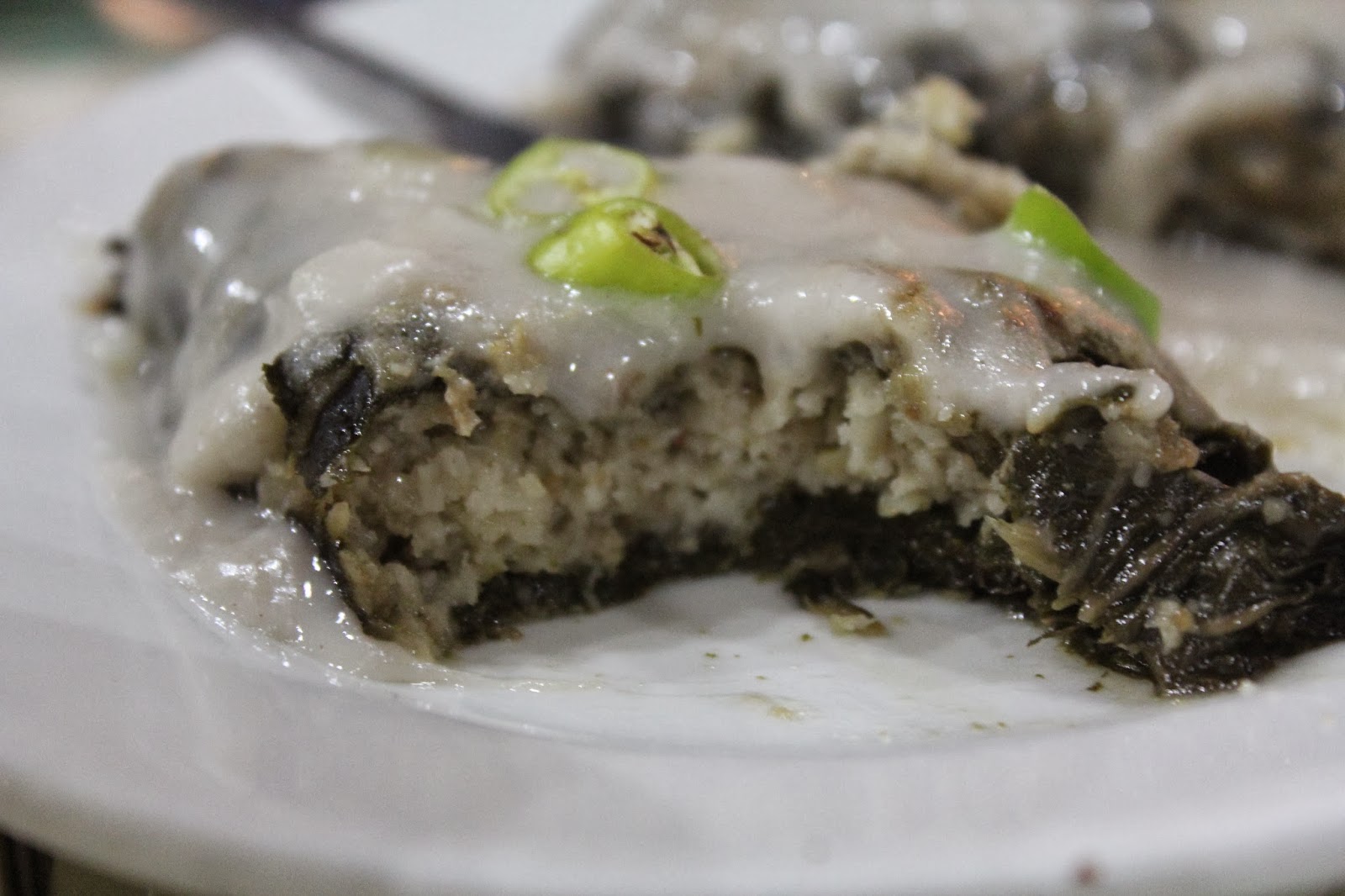 The naturally salty Bicol Express came as a life saver
for this briny dinner, but having so much of the salty dishes
that were served earlier left our tongues brackishly numb
and unable to enjoy the otherwise delicious Bicol Express. 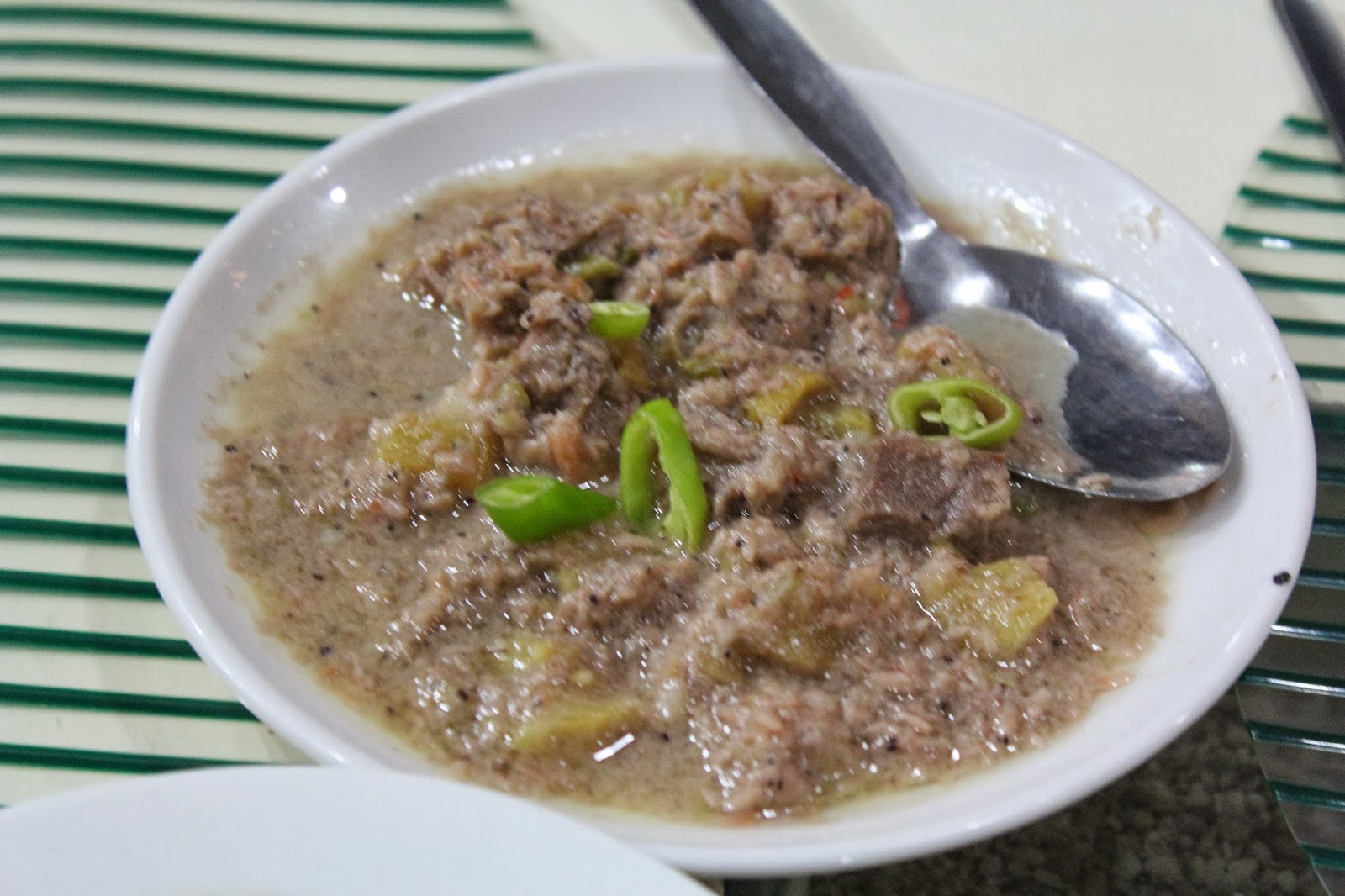 My family's side of  dinner table  ended filled with
half- eaten food and tons of leftover food, 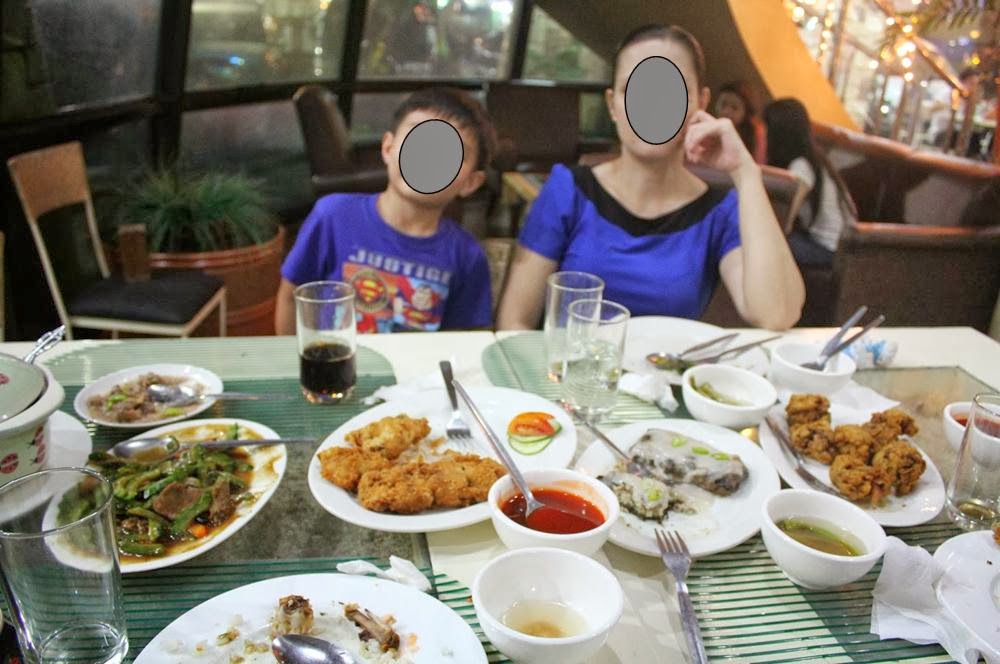 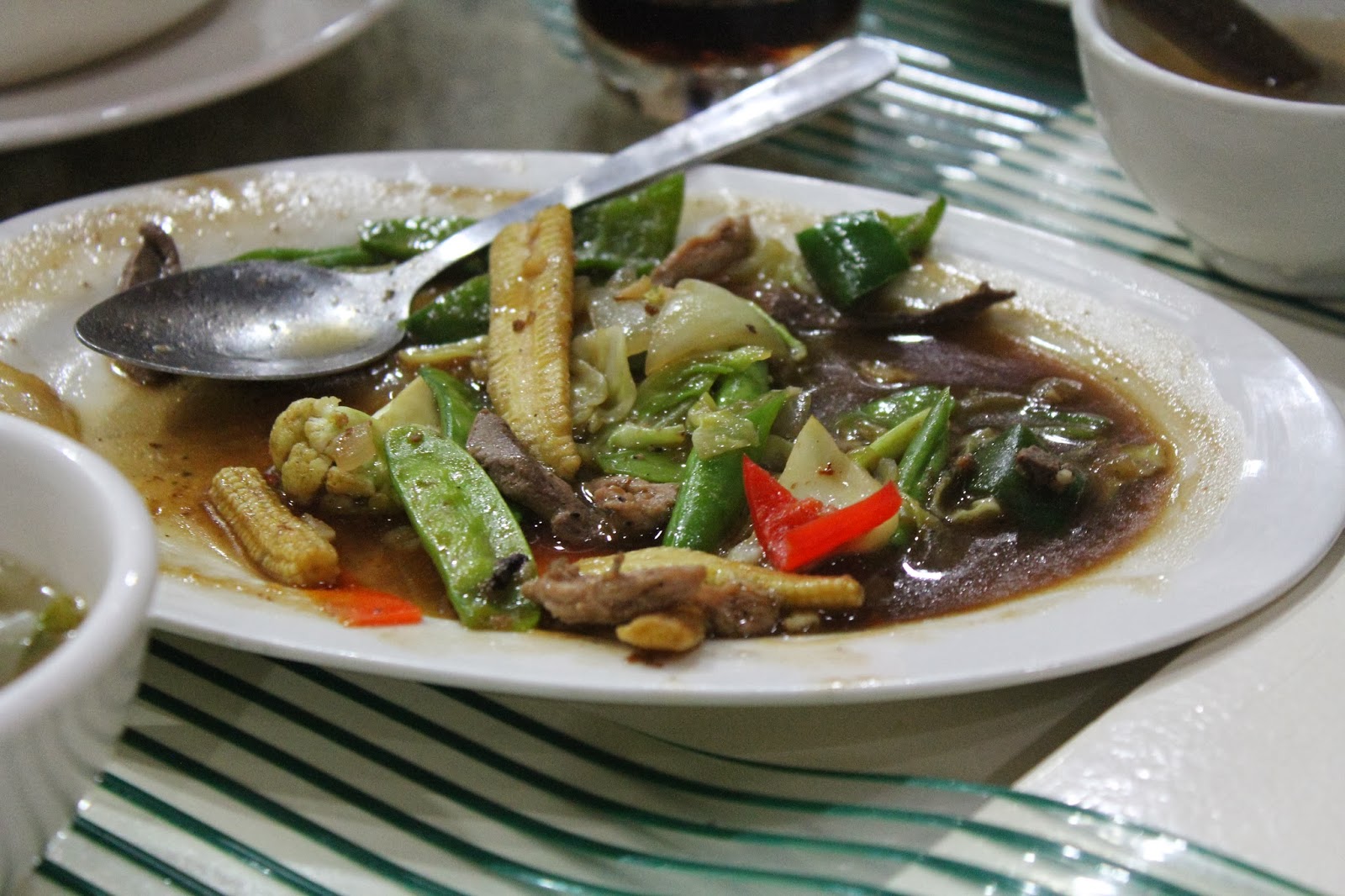 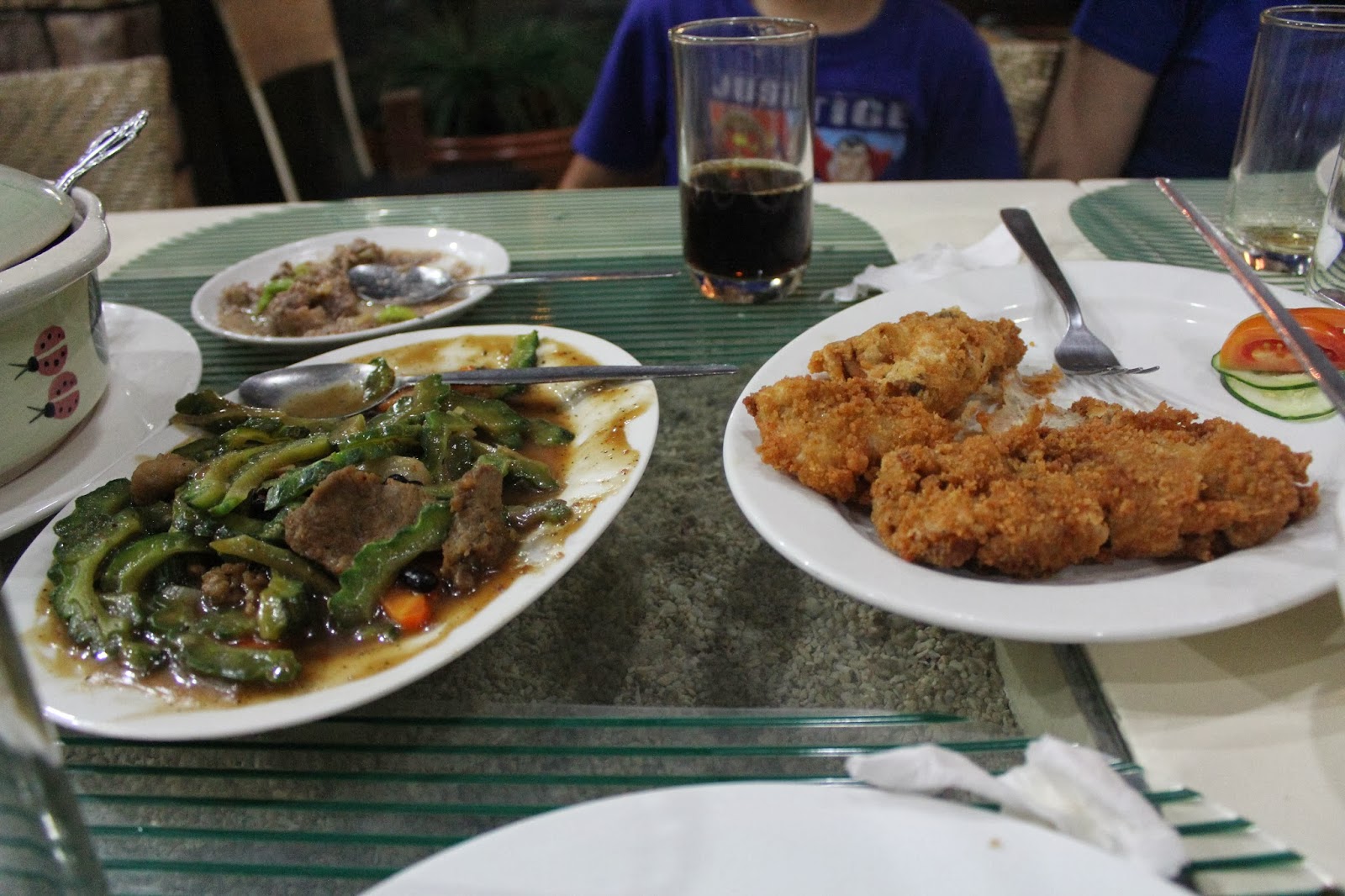 ...barely touched and waiting to be
wrapped in doggy bags to be taken
home to become pet food. 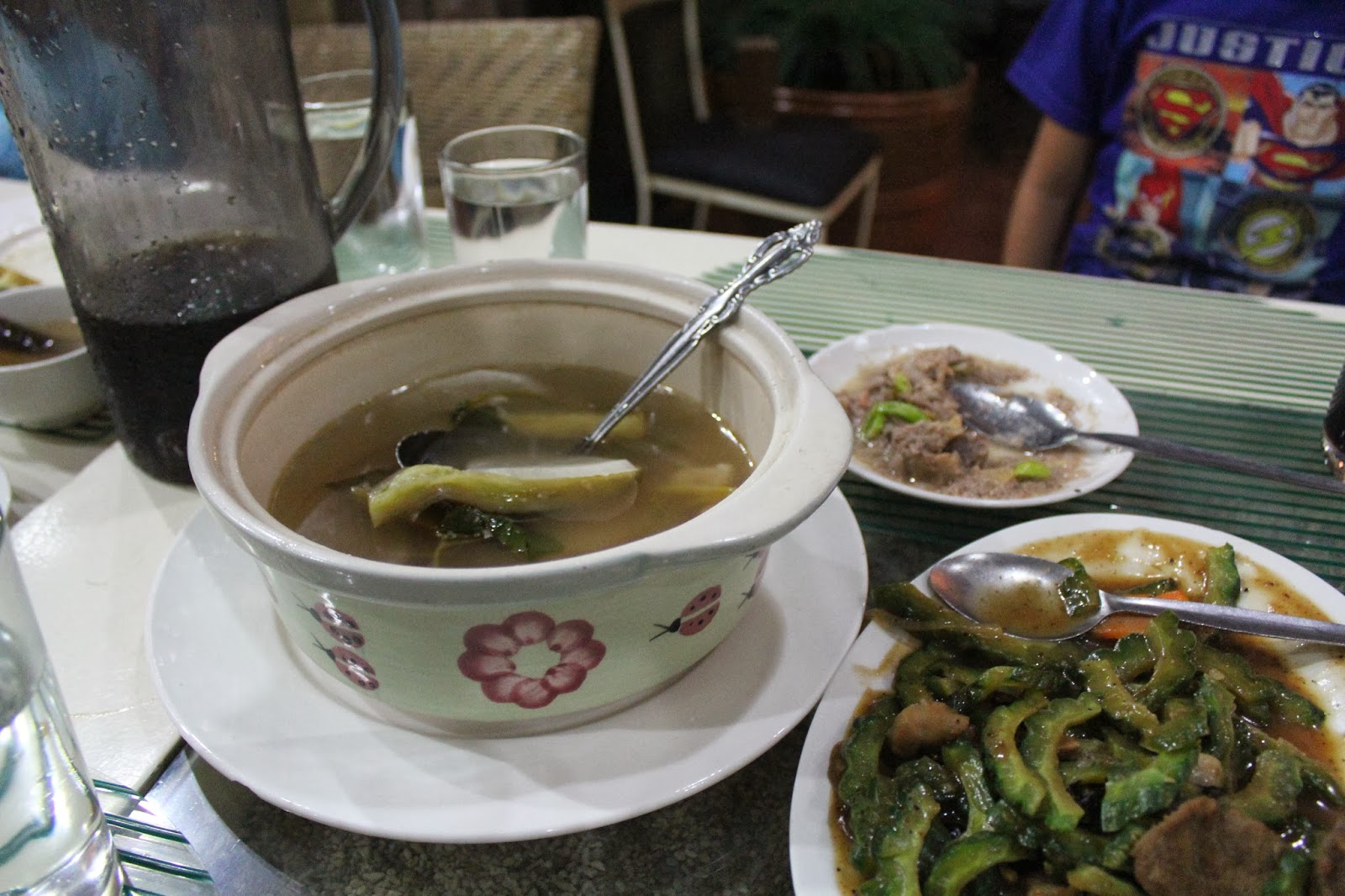 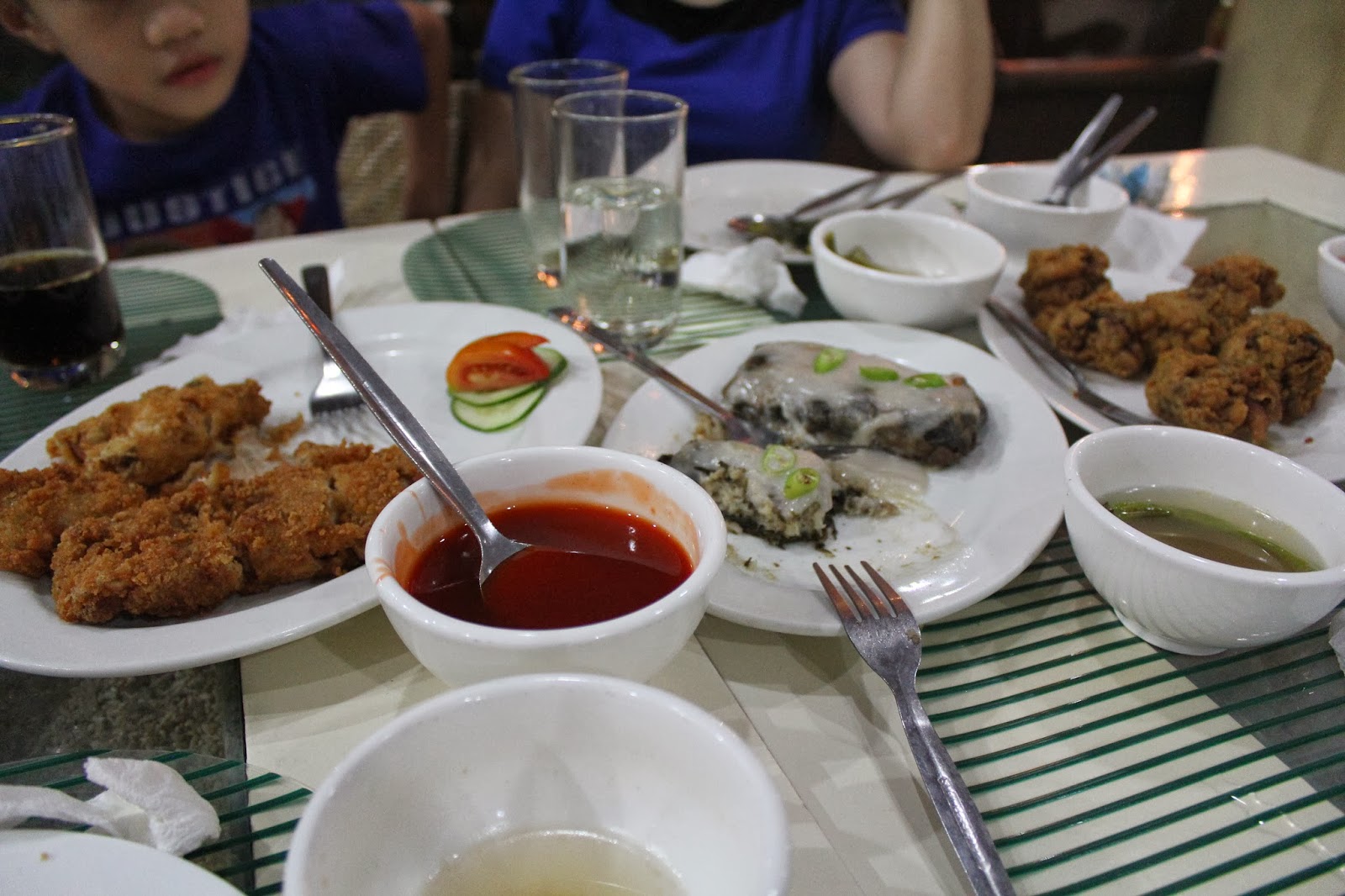 Caby’s Cabana needed not only a major
renovation but it is about time for them to advise
the chef to go easy with the salt when cooking, 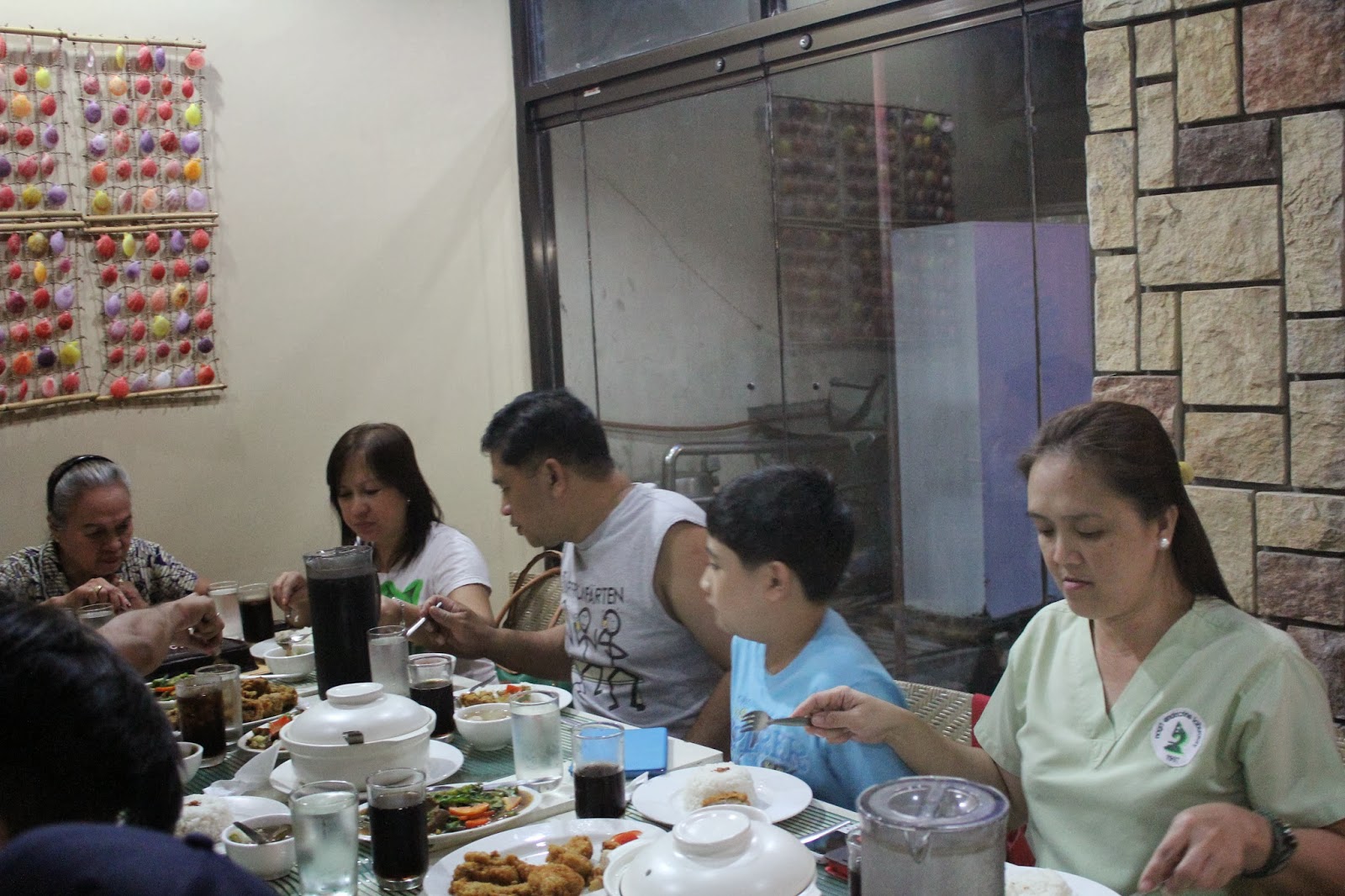 Interestingly, except for my family, not one of our dinner companions
complained about the food being salty and everyone seemed
to have enjoyed everything that was served to the hilt.

While we barely touched the food served on our table,
ironically, most of them found the food tasty and delicious.

Posted by Ramon Caceres at 5:15 PM