We initially intended to dine at Magsaysay Strip
but it was rather difficult to find a parking space
on a Saturday night, so we ended up in Mayon Avenue.

We contemplated where to dine on this fast becoming
alternative dining destination in the city that accommodates
overflow diners  from the nearby Magsaysay Avenue. 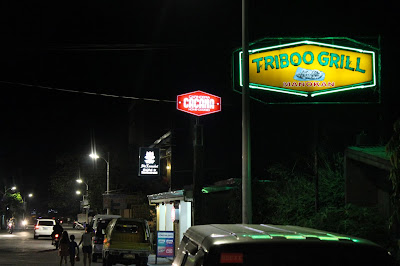 We ended up in Triboo Grill and we were happy
to be back, as it has been more or less than
five years  when we last dined in this restaurant. 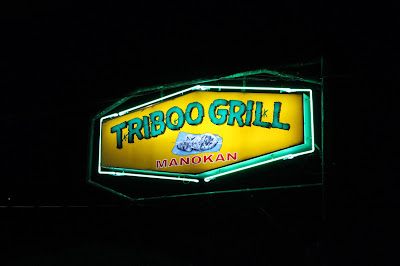 Triboo Grill has been in Naga long before more popular
franchised restaurants like Mang Inasal, Chicken Bacolod,
and ChicBoy (to name a few) came to the city. 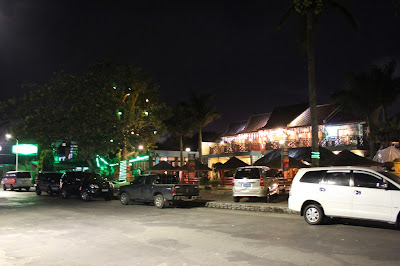 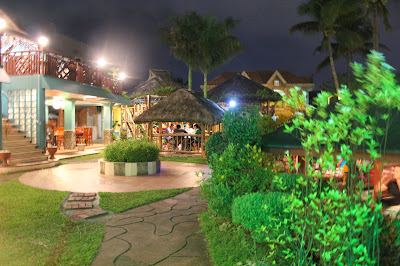 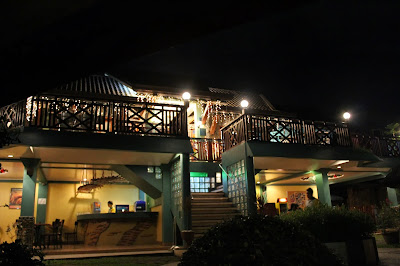 …and third are the air conditioned dining rooms. 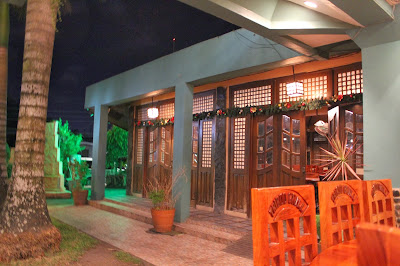 We chose to dine on the latter. 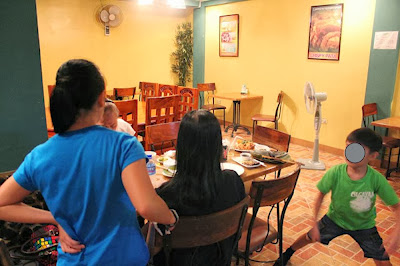 We ordered Sinigang na Hipon for our soup and
it was so delicious that we had to eat it with rice
as if it were a main meal, instead as a meal starter. 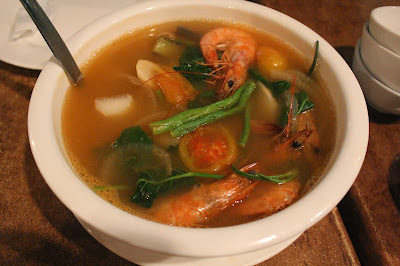 Of course, we ordered Chicken Inasal- their specialty.
This Triboo Grill skewered chicken is an original
Bicolano recipe not an imitation of the popular
Bacolod chicken barbecue versions in the market.
It does not have the tangy taste and the yellowish
color of the Visayan counterpart, but it is just as tasty,
and in our opinion-  it is even more naturally delicious. 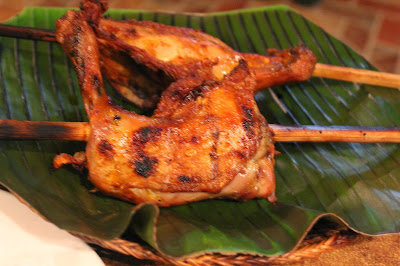 We have always liked their Grilled Spareribs,
and after more than five years, we again got
to enjoy the perfect combination of a slightly
briny but sweetish and chewy taste of this
old time favorite Triboo Grill treat. 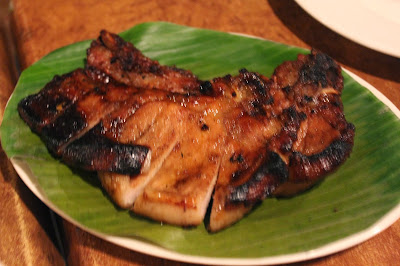 The  vegetable dish called Chicharo with Shrimps
was so delicious as the chicharo,(a kind of local legume)
was so fresh and crunchy and went well with the shrimp.
It was bathed with  either  oyster or soy  sauce but
whatever it is- this dish is to die for and a could eat it
again and again and again without getting tired of it. 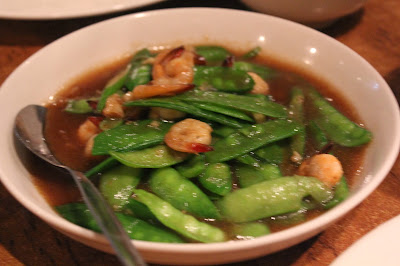 We also ordered  Grilled Tuna Belly as a special treat
for my son who loves to eat fish but takes a lot of
persuasion to eat any meat dishes, and he ate it with
gusto without any argument  and encouragement. 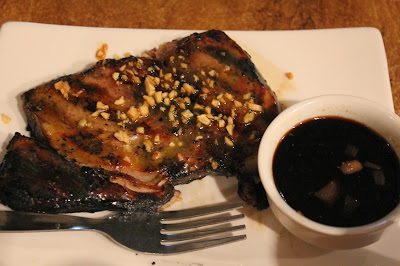 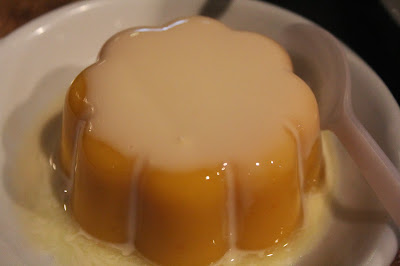 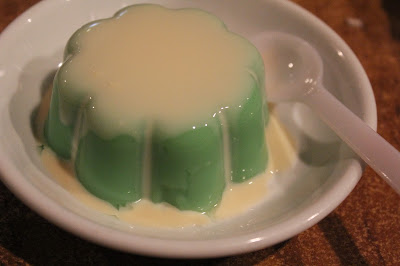 ....and it was a sweet way of ending
a delicious and satisfying meal.

Posted by Ramon Caceres at 7:42 AM