Japanese Restaurants are a plenty in Naga City.
I remember Benihana in Mayon Avenue in the
mid 90’s pioneering Japanese Cuisine in Naga.
This was followed by Makiyaki and Tokyo Tokyo
in popular Magsaysay Avenue in the early 2000. 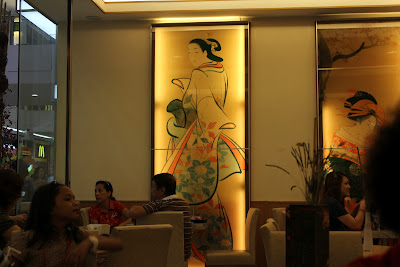 Benihana and Tokyo Tokyo are both gone but
Rai Rai Ken, made waves in Naga City’s culinary
landscape when it opened about two years ago. 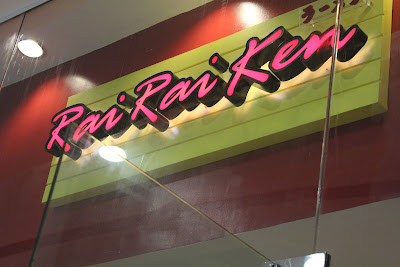 Just this week, Okuya, another Manila- based
Japanese Restaurant opened at the Piazza in
Magsaysay Avenue and added luster the this
magnificent and popular dining strip. 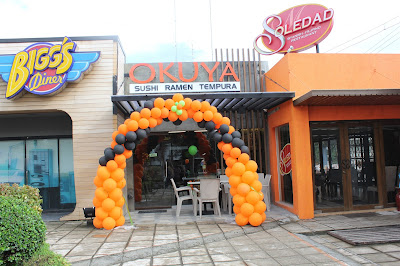 It was almost 3 PM when we arrived at Okuya
and there were  very few people around, 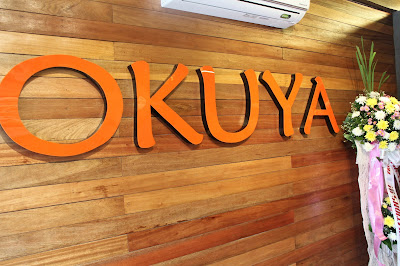 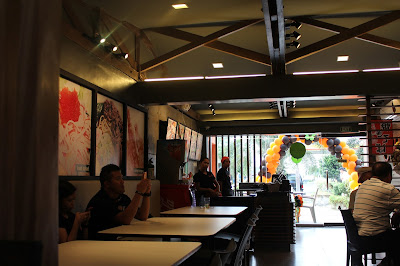 ...and  ordering food was a breeze as then menu was
displayed by the counter in a convenient fast food manner. 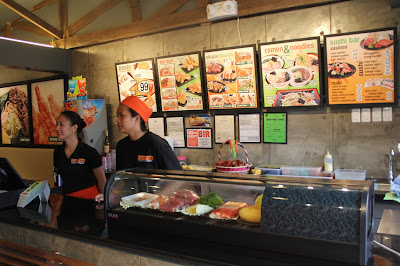 The food was also served fast and each dish was
meant for solo serving but we decided to share
what we ordered and it came with a bowl of soup. 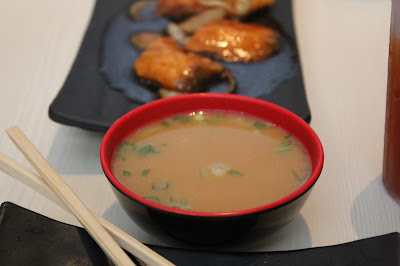 First to come was the Mixed Sashimi. 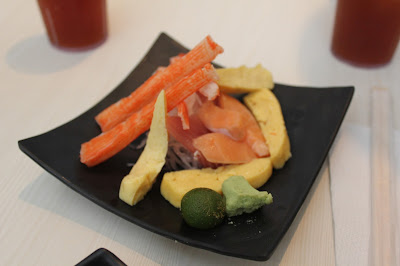 This staple Japanese dish has always been
a family favorite, and we emptied the first
plate fast that we ordered another serving. 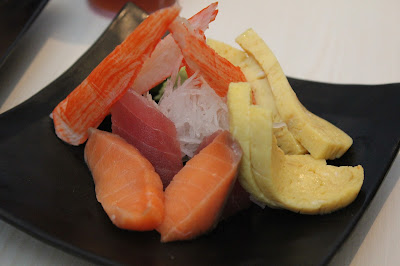 Then came the Mixed Tempura,
made up of Fish, Shrimps, and Vegetables.
It was very delicious. 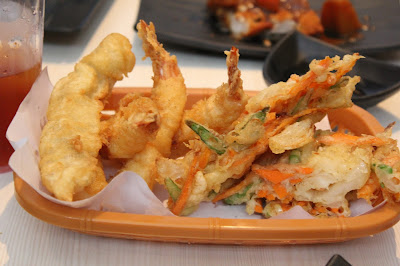 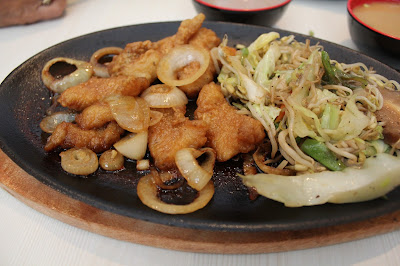 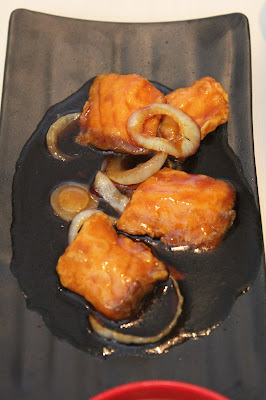 My wife liked the Katsu Curry very much
but I found the dish odd as it was my first time
to see a Japanese dish topped with curry
which is not typical to Japanese cuisine. 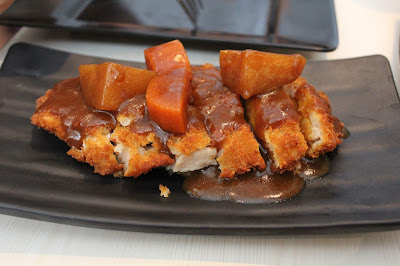 We were also served a complimentary
Japanese Green Tea after our meal. 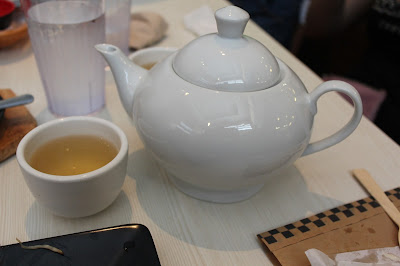 We spent a little over 800 Pesos,
(about twenty US dollars), which was
surprisingly affordable but delicious. 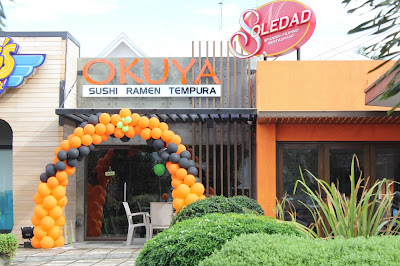 While most of the Okuya Restuarants in Manila
are located on mall's foodcourts, their Naga branch
had a fine dining look- but very budget friendly price.