Everyone was again craving for the
KFC’s Original Fried  Chicken, so
I ordered the new Special Bucket Meal. 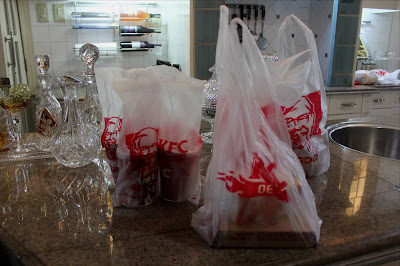 It came with eight pieces of Original Fried Chicken,
that I have always considered as one the best fried
chicken in the world, and I would not talk about anymore
as I have already reviewed it several times in my past blogs. 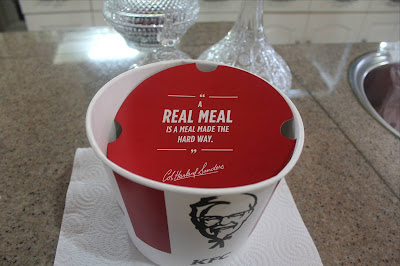 It came with a tangerine colored spiced rice, in contrast with
the Regular Bucket Meal that comes with a ball of white rice,
but it doesn’t matter anyway, as KFC fried chicken does not go
well with rice. I cannot understand the reason why they stopped
serving rolls as it is  disappointing a lot of Filipino costumers. 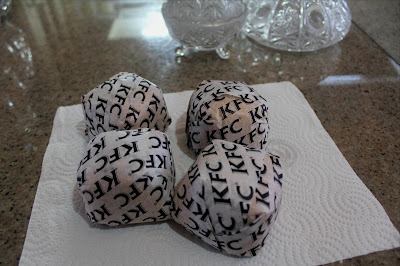 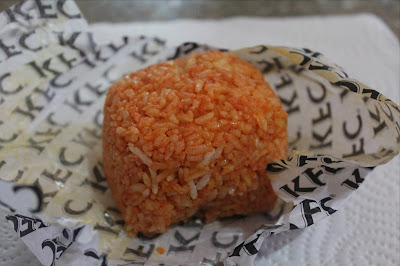 KFC Fried Chicken is meant to be eaten with the chicken
on one hand, the tasty bread roll on the other, and savor the
flavorful remnants left on your fingers by licking them up. 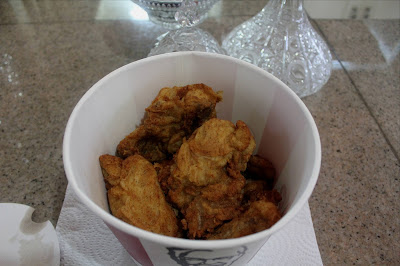 That’s the reason they are called finger lickin’ good-
but you can’t do that in Naga as you would be
acting like an idiot if you lick you spoon clean. 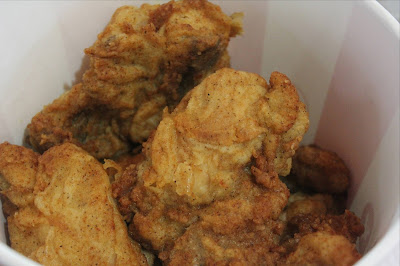 It came with a Mashed Potato and this is good as the
chicken is better off with this fixin, rather that with rice. 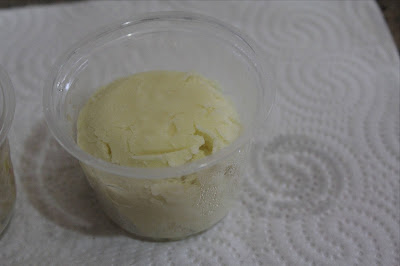 It also came with three varieties of yummy pies, 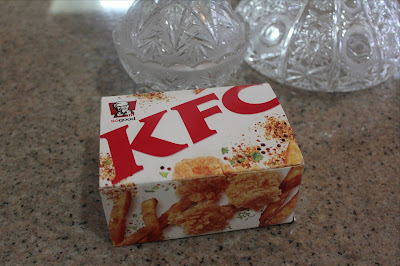 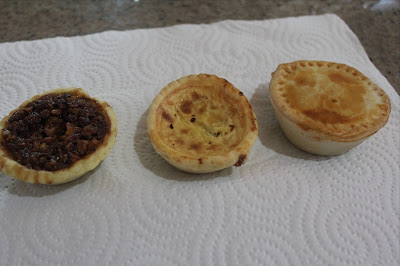 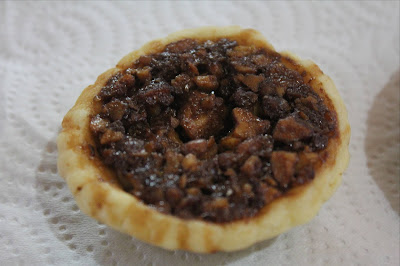 …a Ham and Bacon Pie, 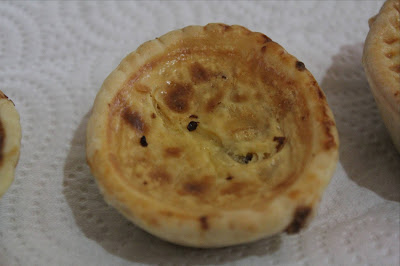 …and the overly delicious Chicken Pie. 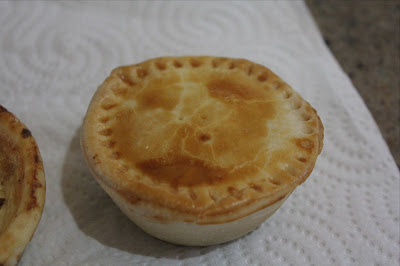 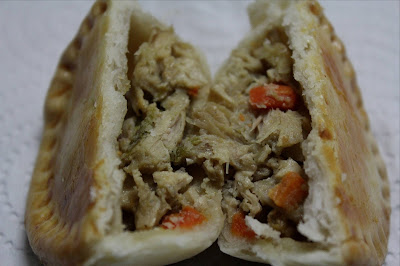 Although not a part of the meal deal I alway make it a
point to order an exre fixin' of Macaroni Salad, KFC's
version of this popular dish is one of the best in town. 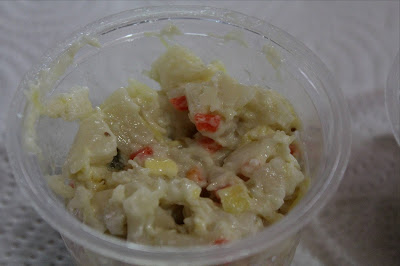 I also got tempted to order their Chizza, as I was yearning to
taste it since the very first time I saw the commercial on TV. 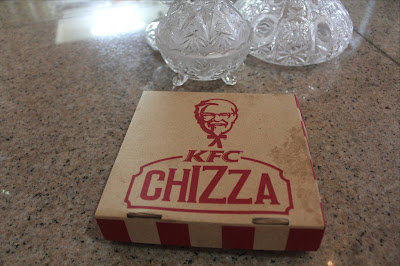 It is a crust- less pizza where the KFC Crispy Chicken
was topped with a Hawaiian style pizza toppings. 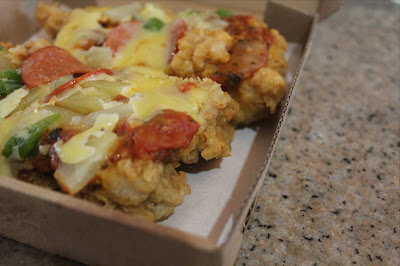 How does it tastes? 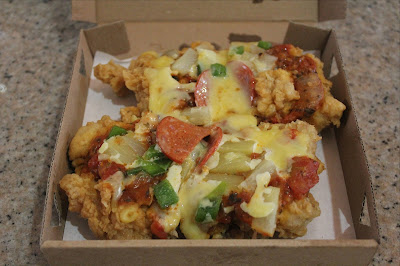 I stand to my point that KFC is best eaten with rolls, or maybe
with mashed potatoes, not even with hotdogs  like what they
did  in Double Down Dog, not even with rice or not with
anything else, and definitely not with a pizza topping. 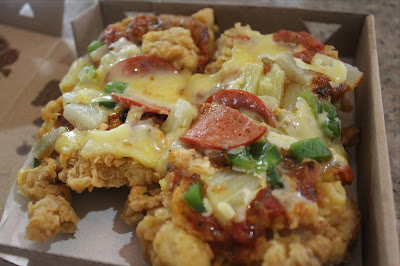 KFC, instead of tinkering their original chicken recipe,
should work hardly to bring the much missed tasty rolls
instead and scrap the rice as no one would miss it anyway.