We were on our way to the Grand Canyon
on a packaged tour that had a side trip to the
nearby Lake Mead and the Hoover Dam. 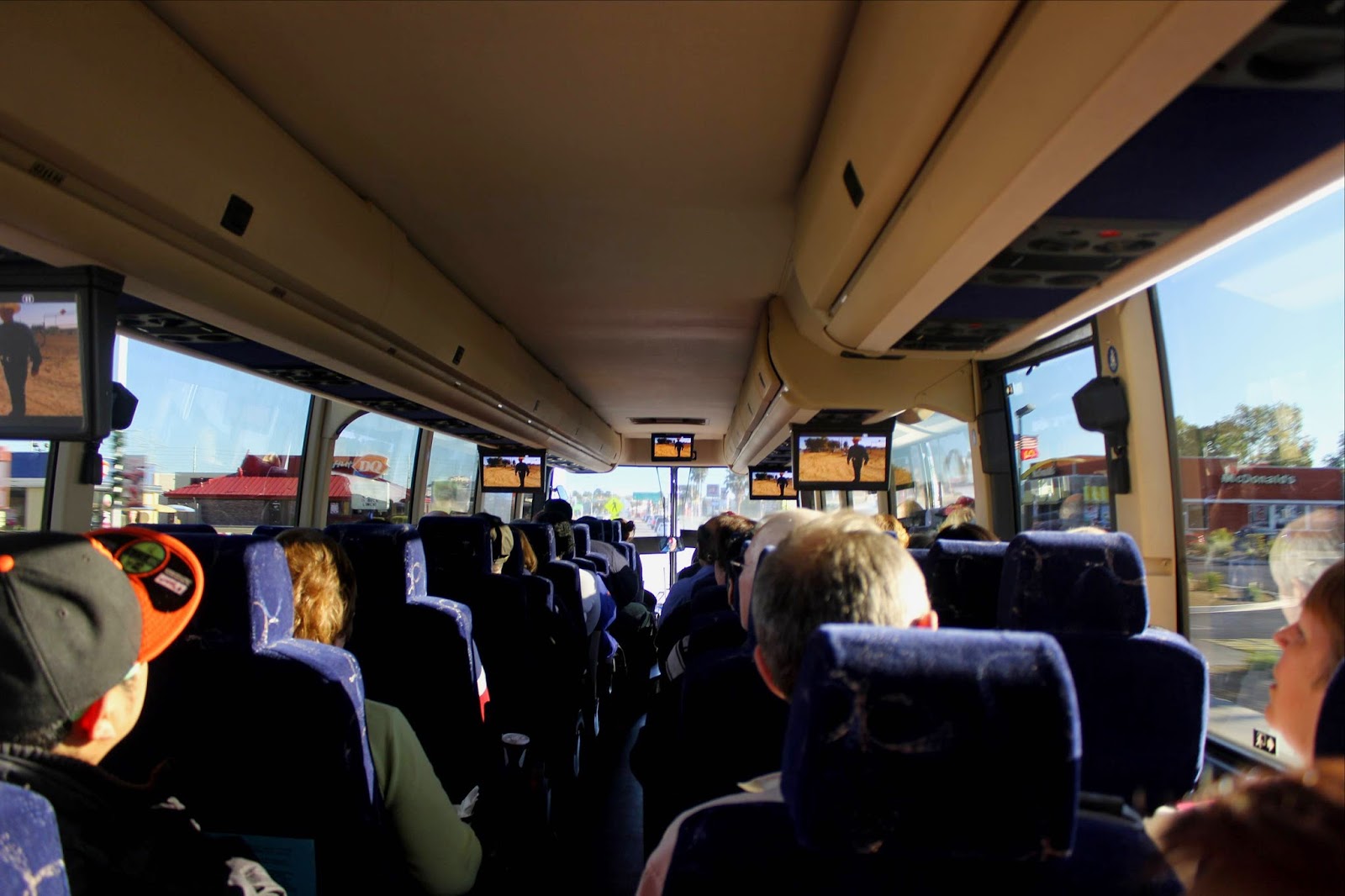 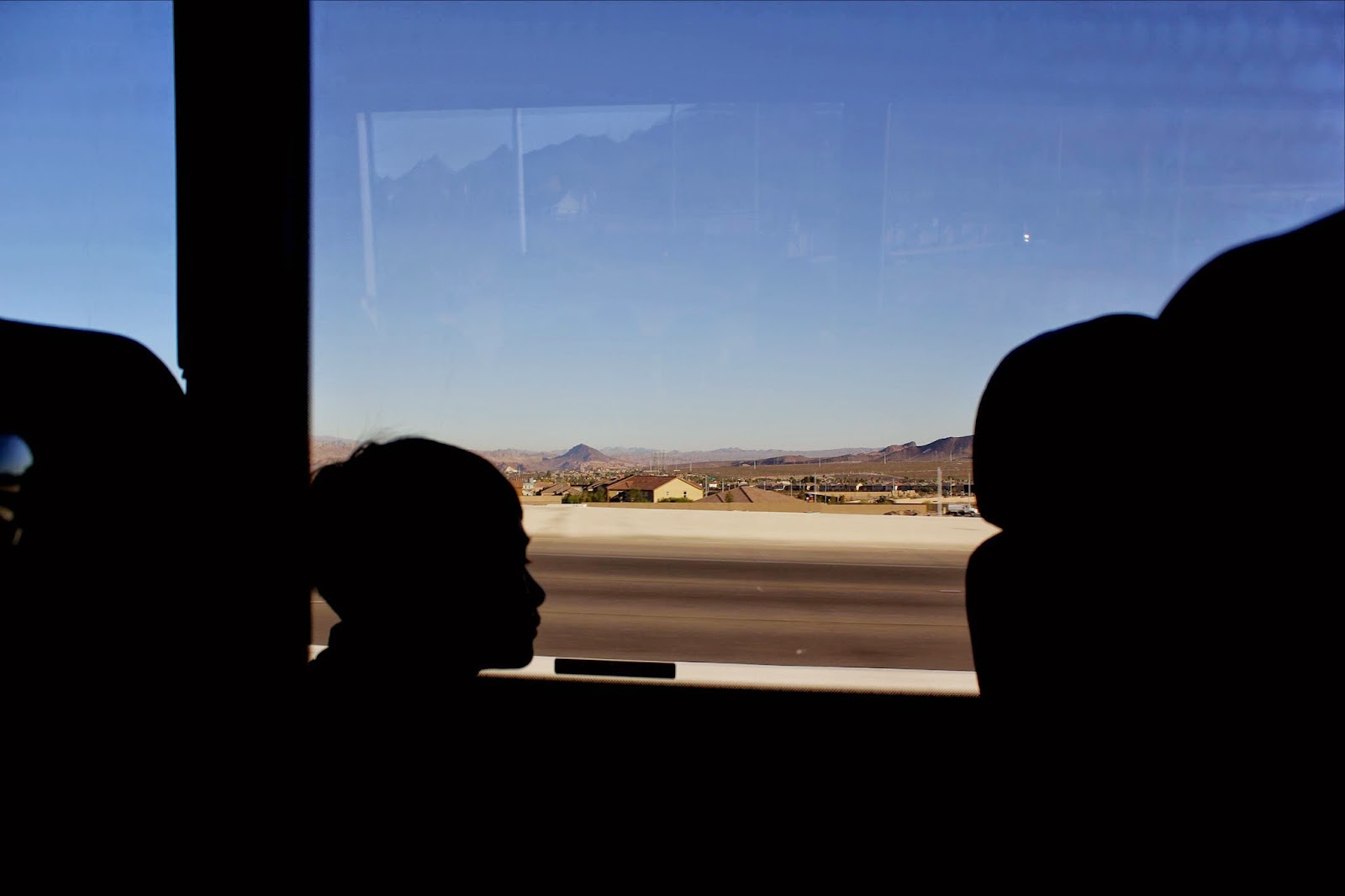 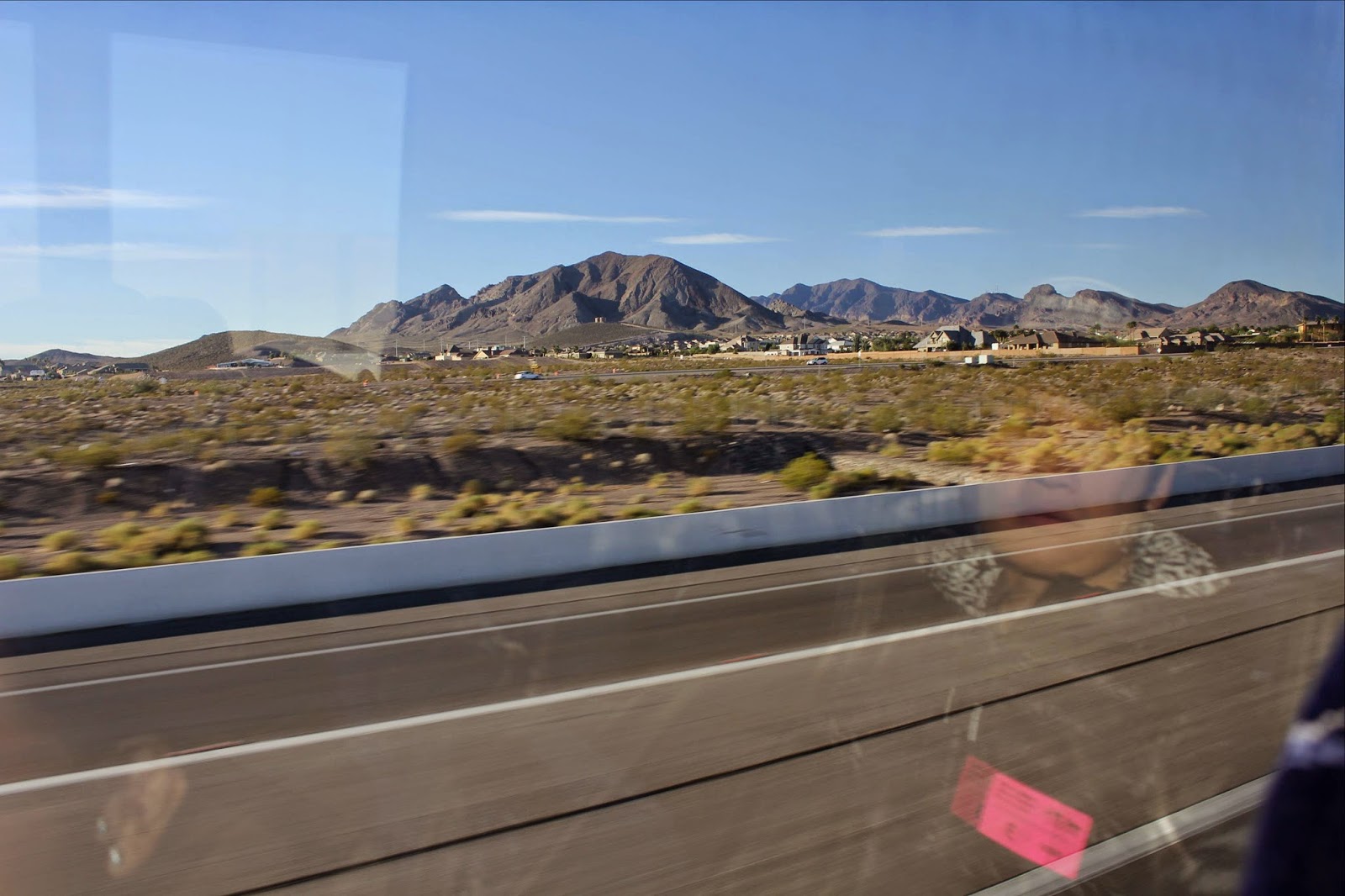 …that took us to Boulder City after about an hour, 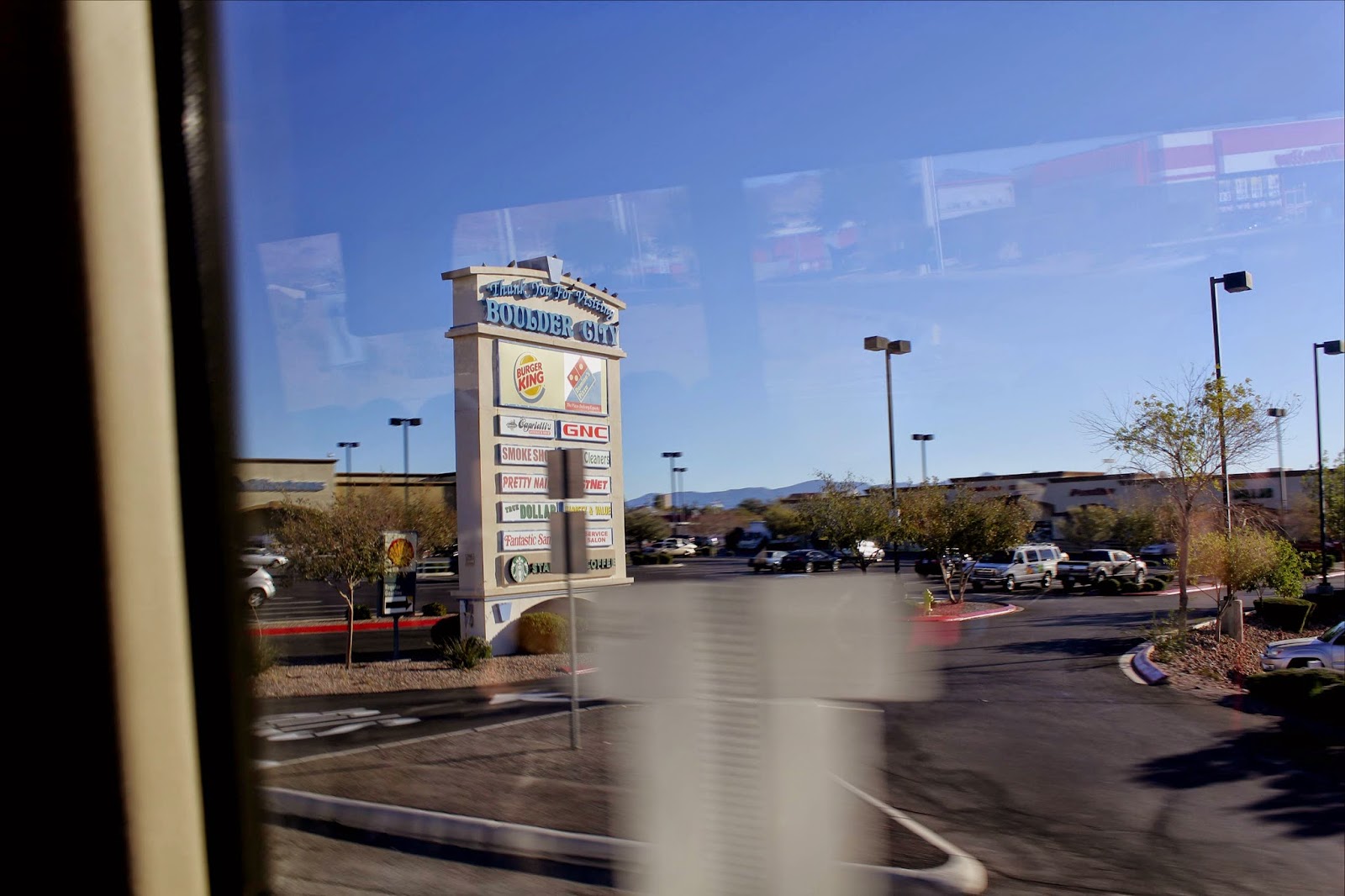 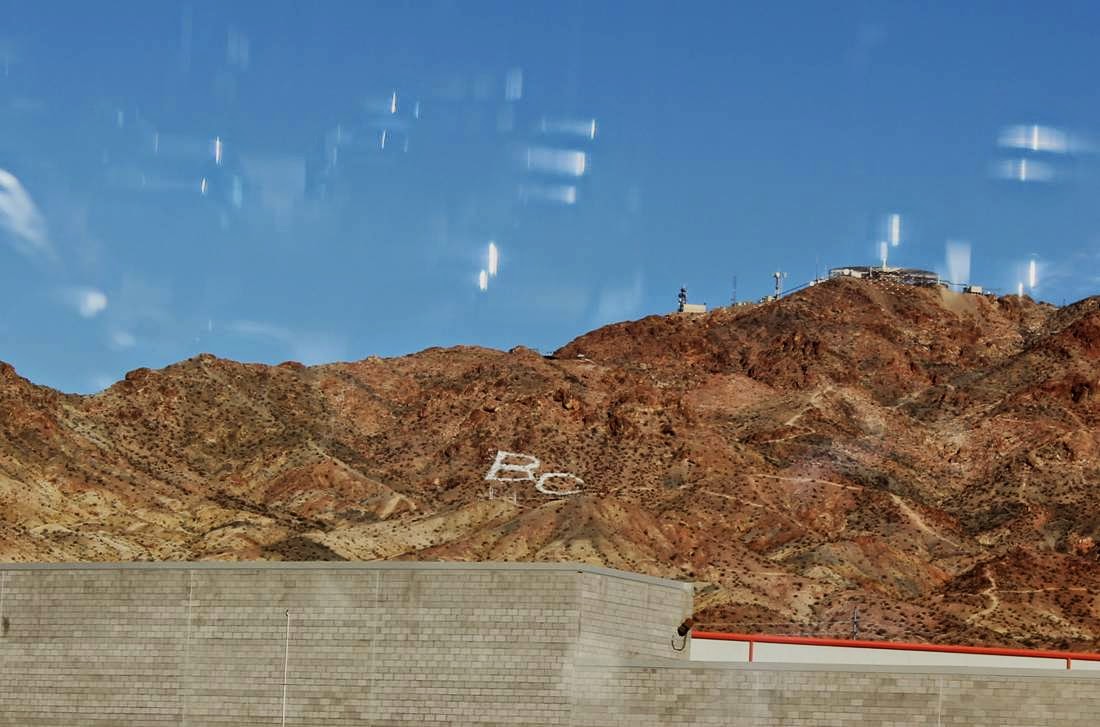 …a little later we caught the
sight the lovely Lake Mead. 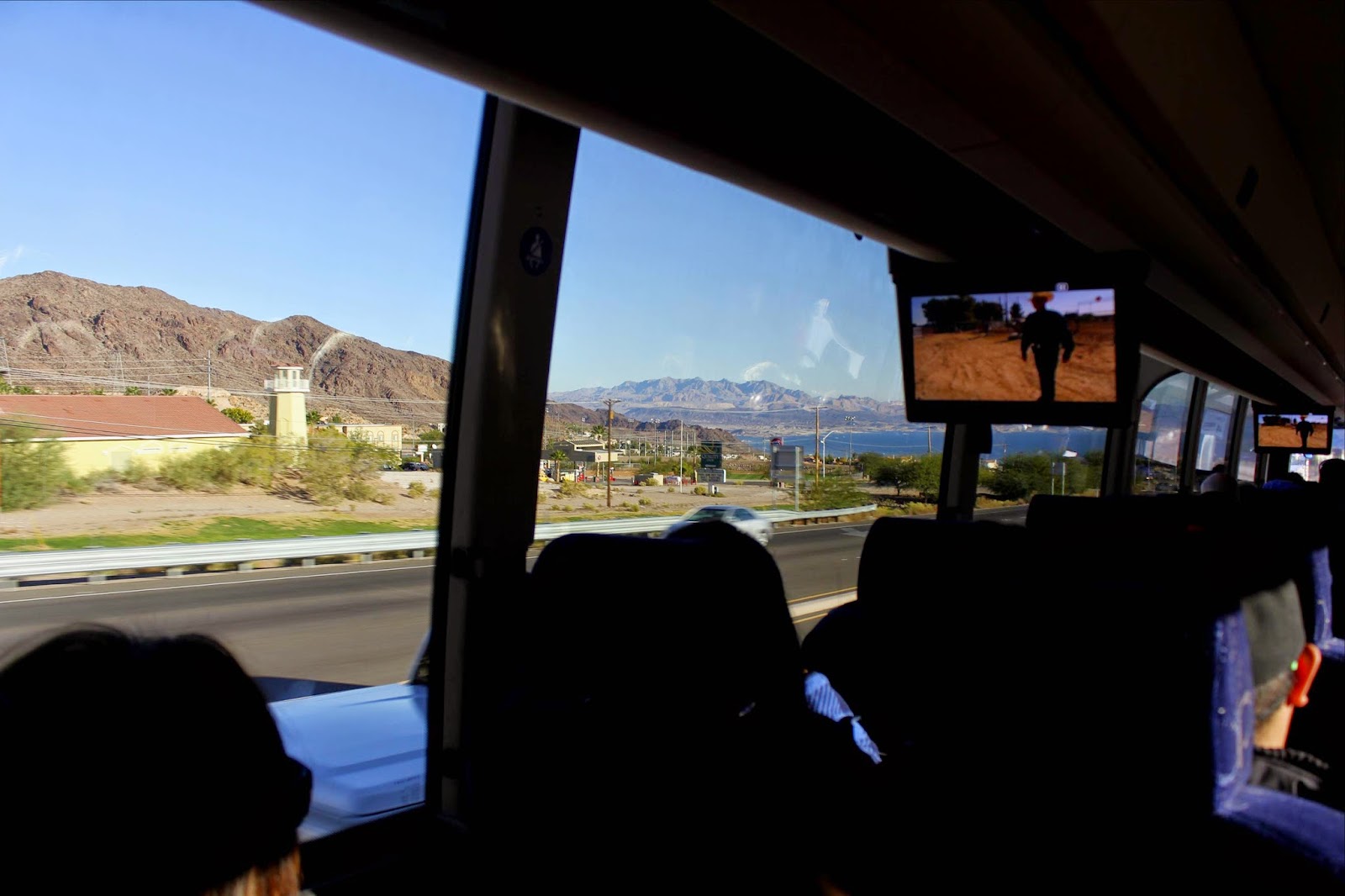 Lake Mead is an artificial man made lake created by the
rising waters when  the Hoover Dam became operational. 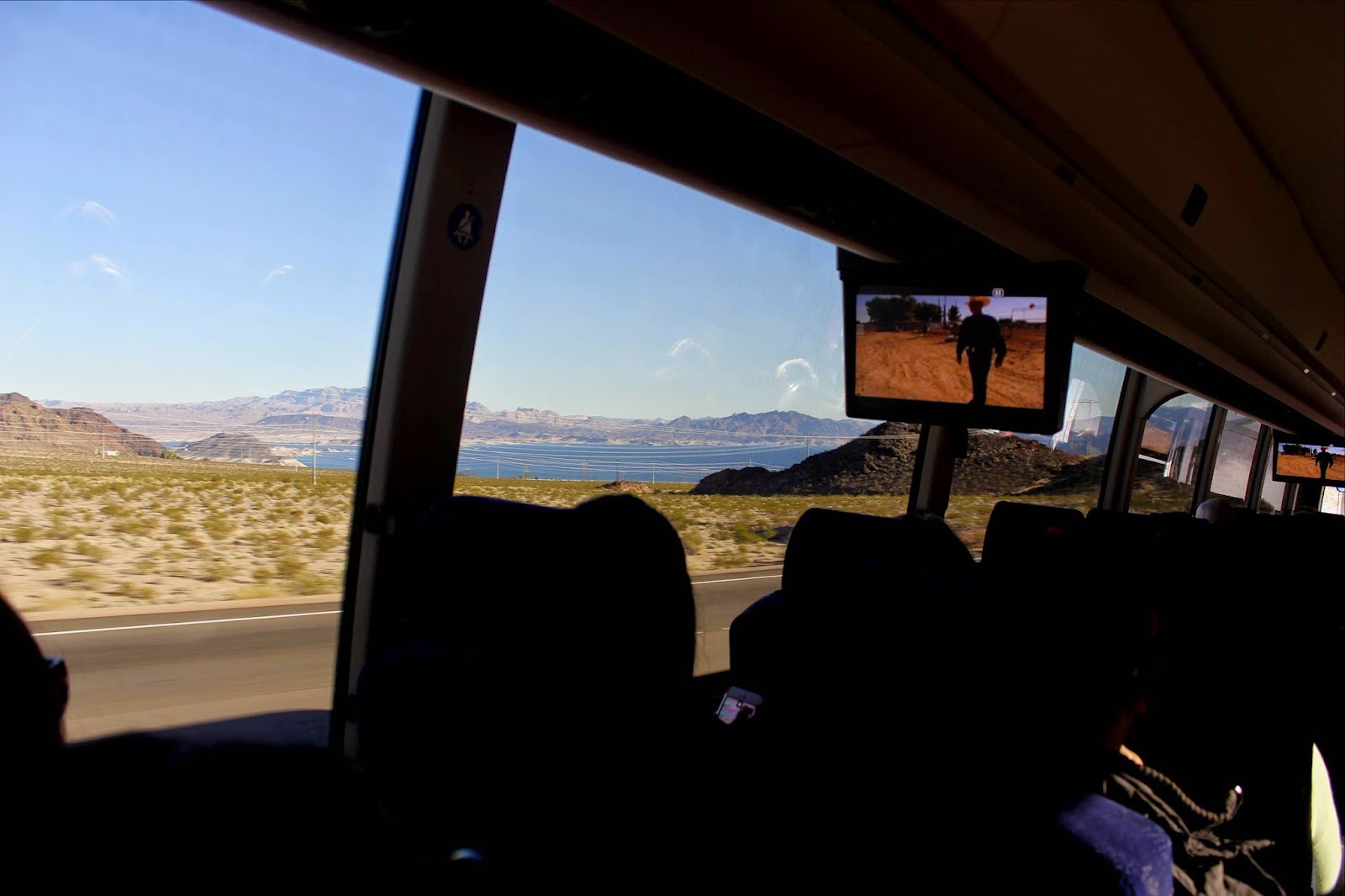 One can see how the water level of the lake
had fallen to critical degrees, shown by the sallow
discoloration of the lakeside cliffs and rock face. 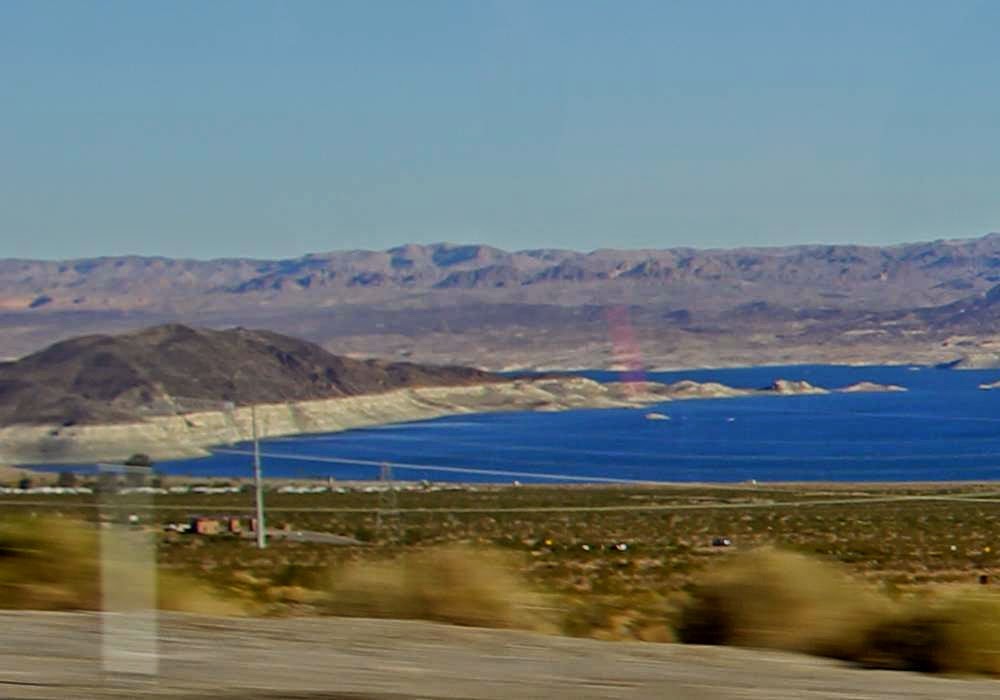 Lake Mead is also a major tourist destination in
the State of Nevada  for water sports enthusiasts. 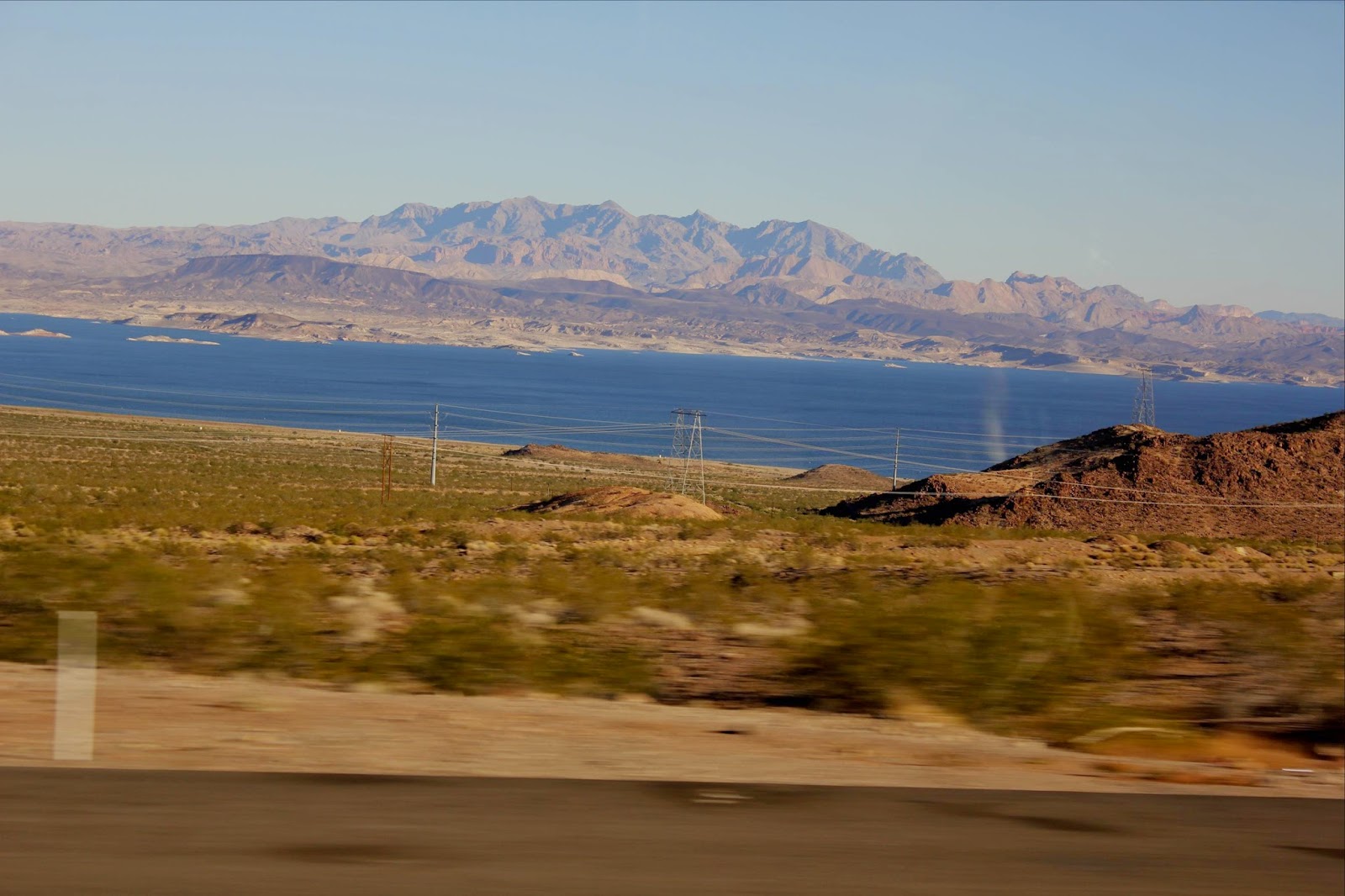 Had it not been a winter season, we would
have put Lake Mead in our itinerary, since
my eldest daughter is an avid wake boarder. 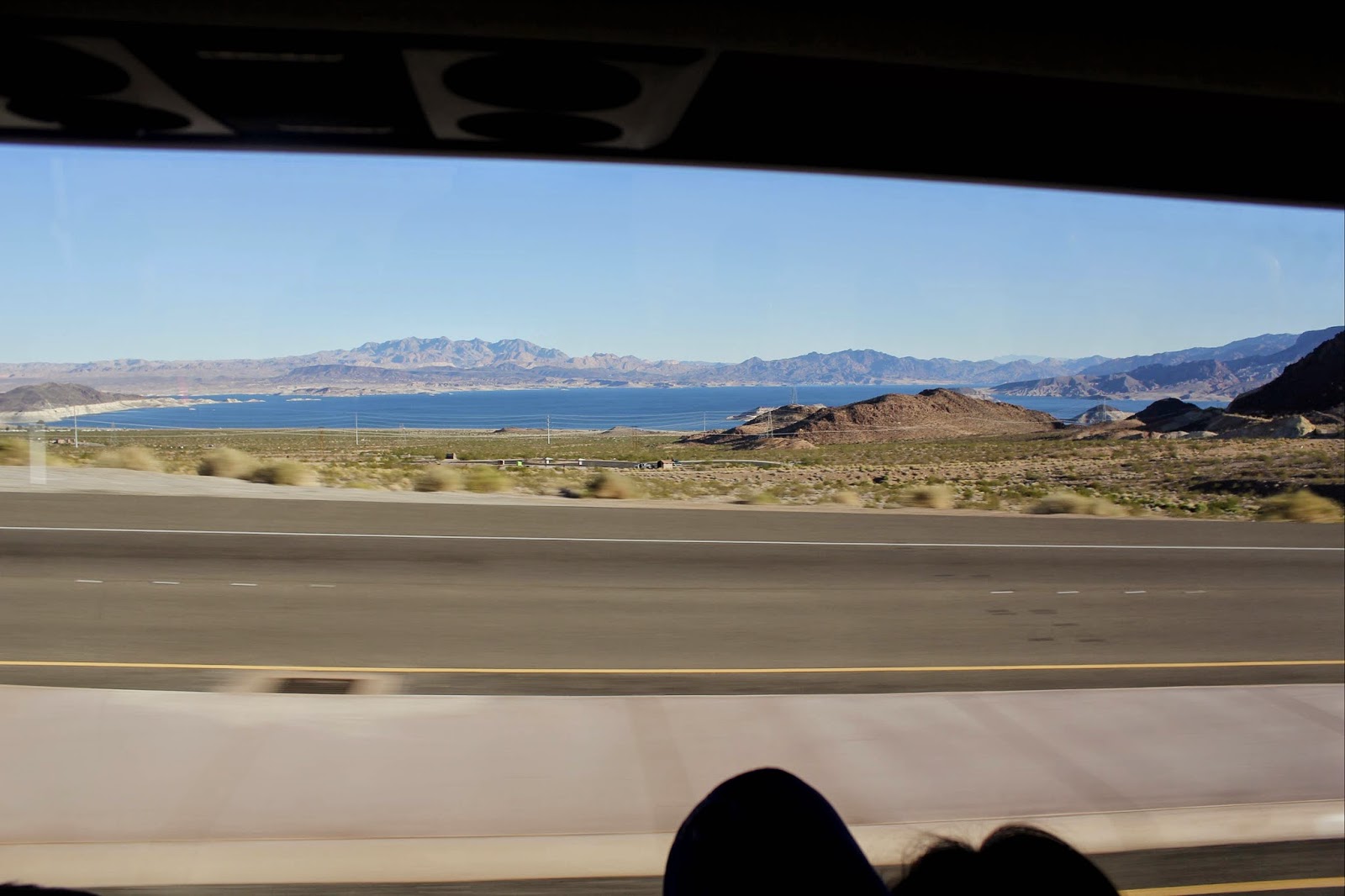 The tour bus did not stop on the lake, but it was okay,
at least, we were able to see the lake even at a distance. 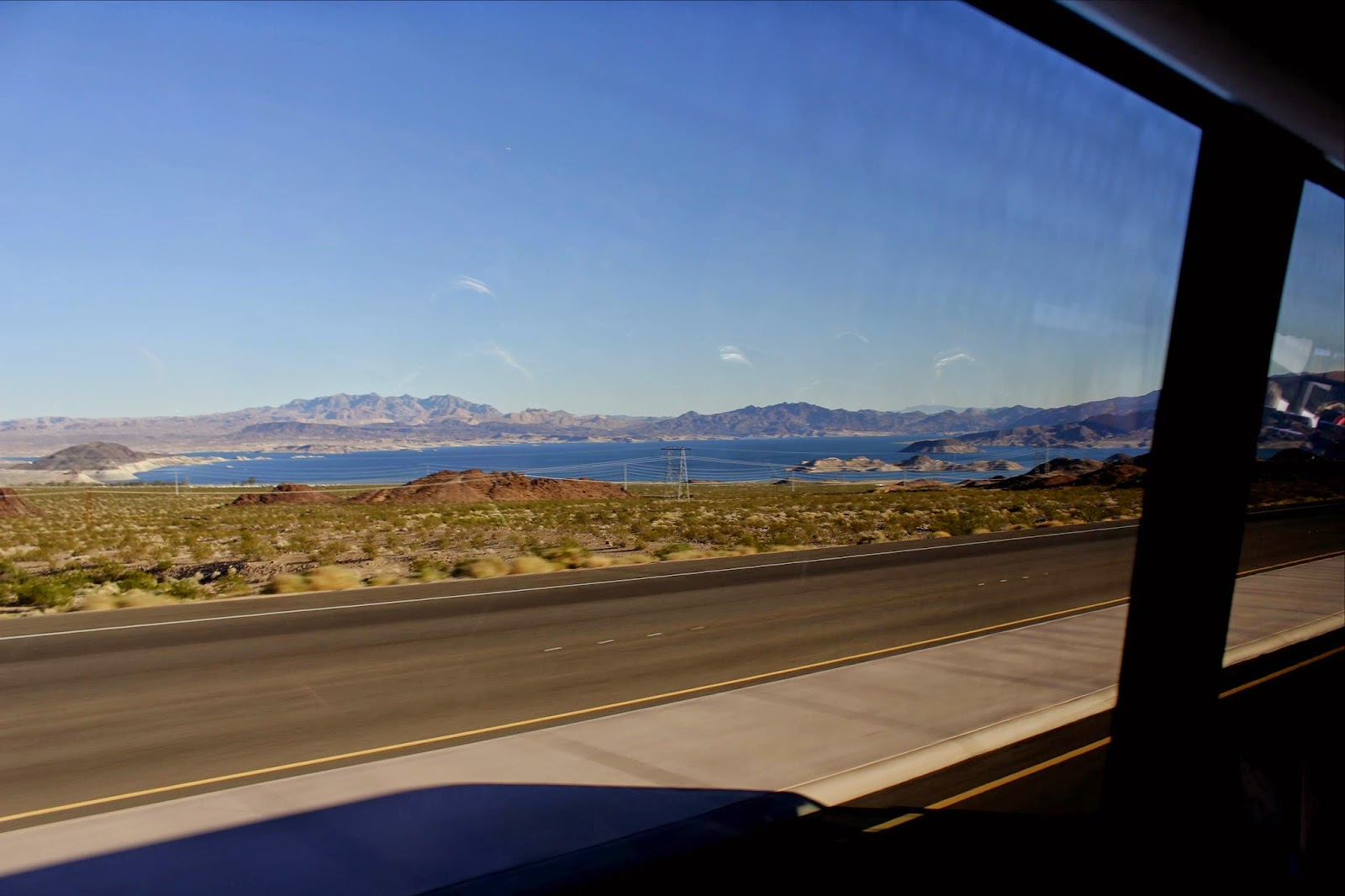 The bus then cruised leisurely at the sleek,
brand new highway leading to Hoover Dam. 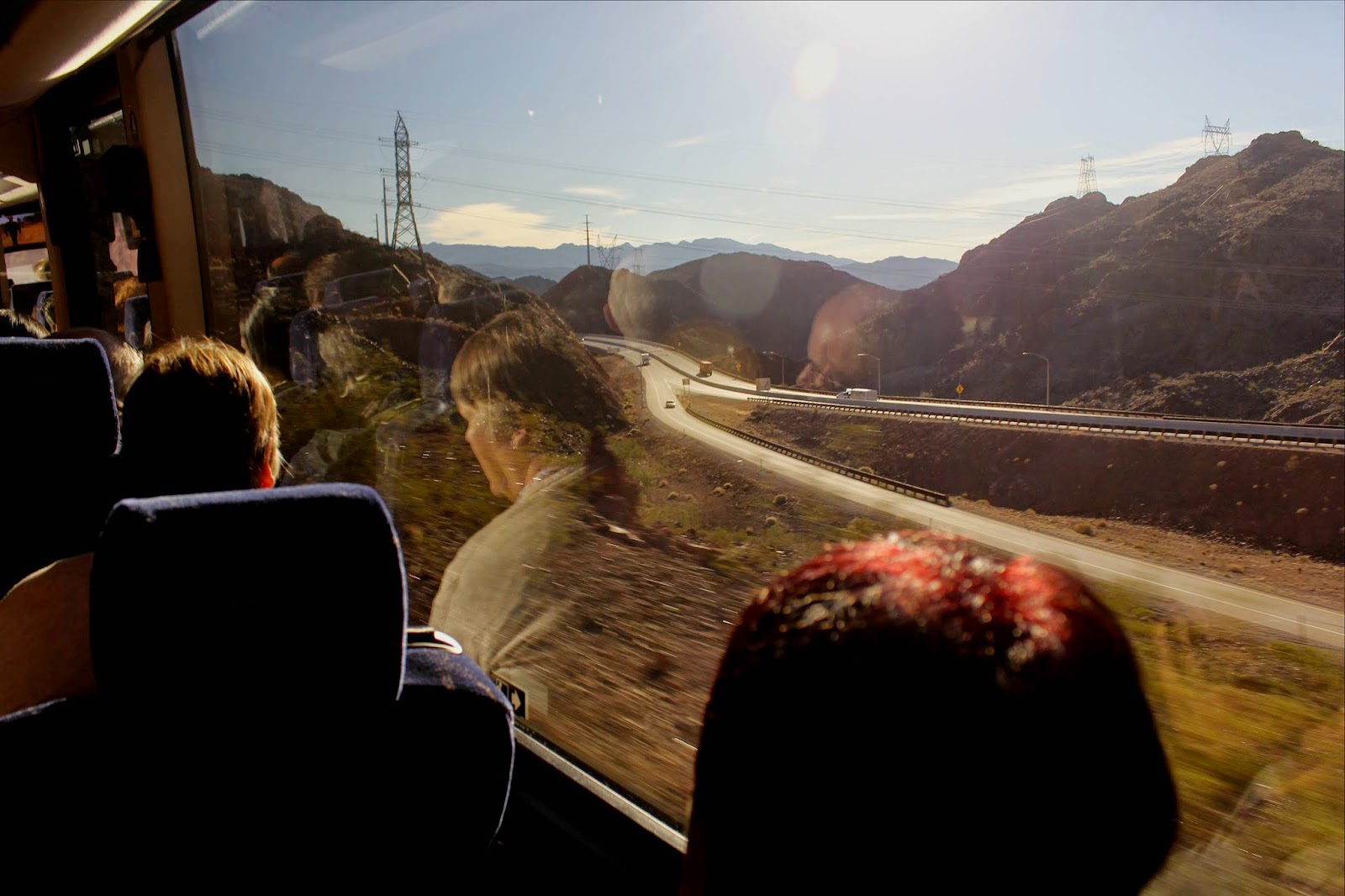 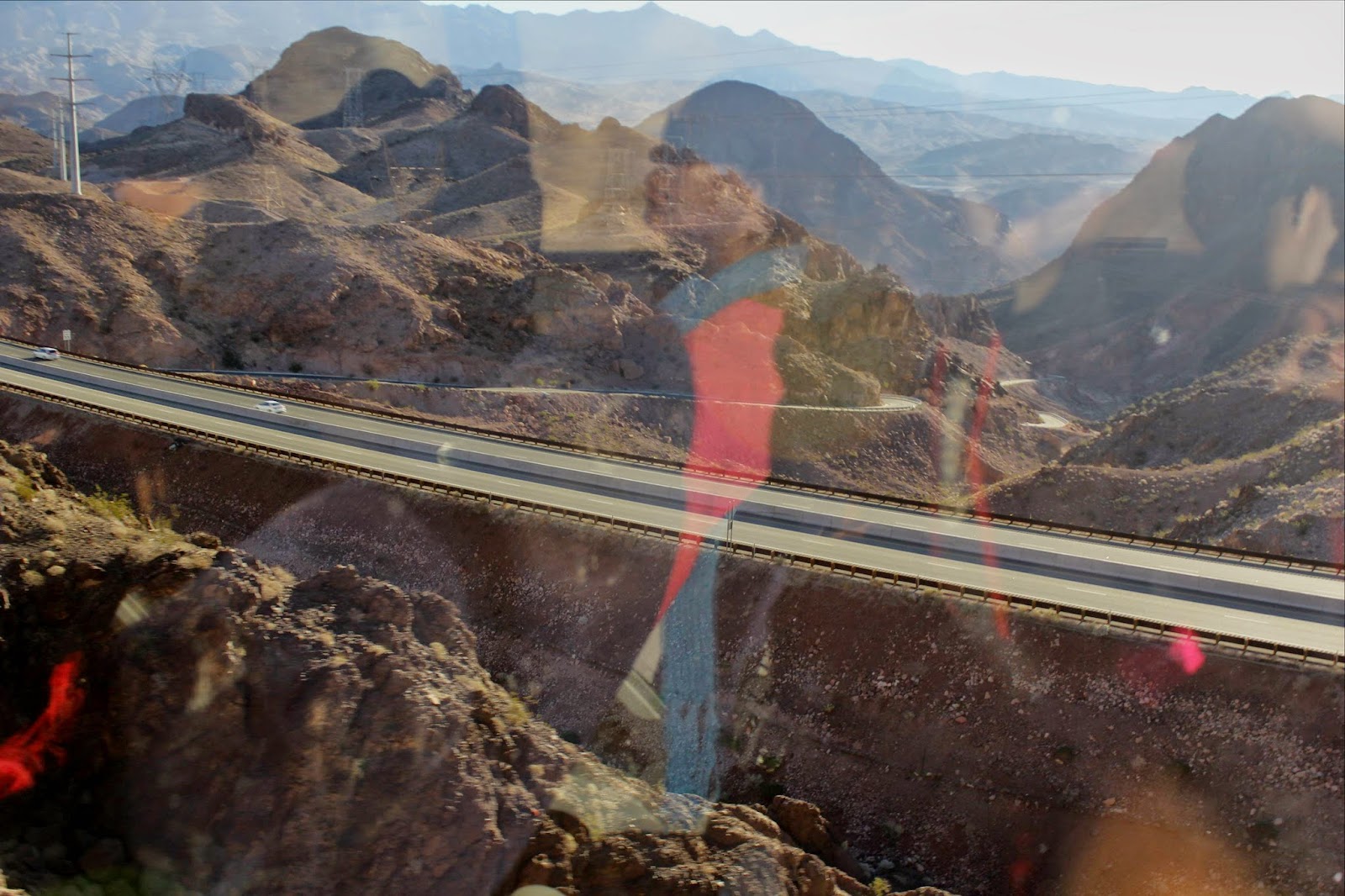 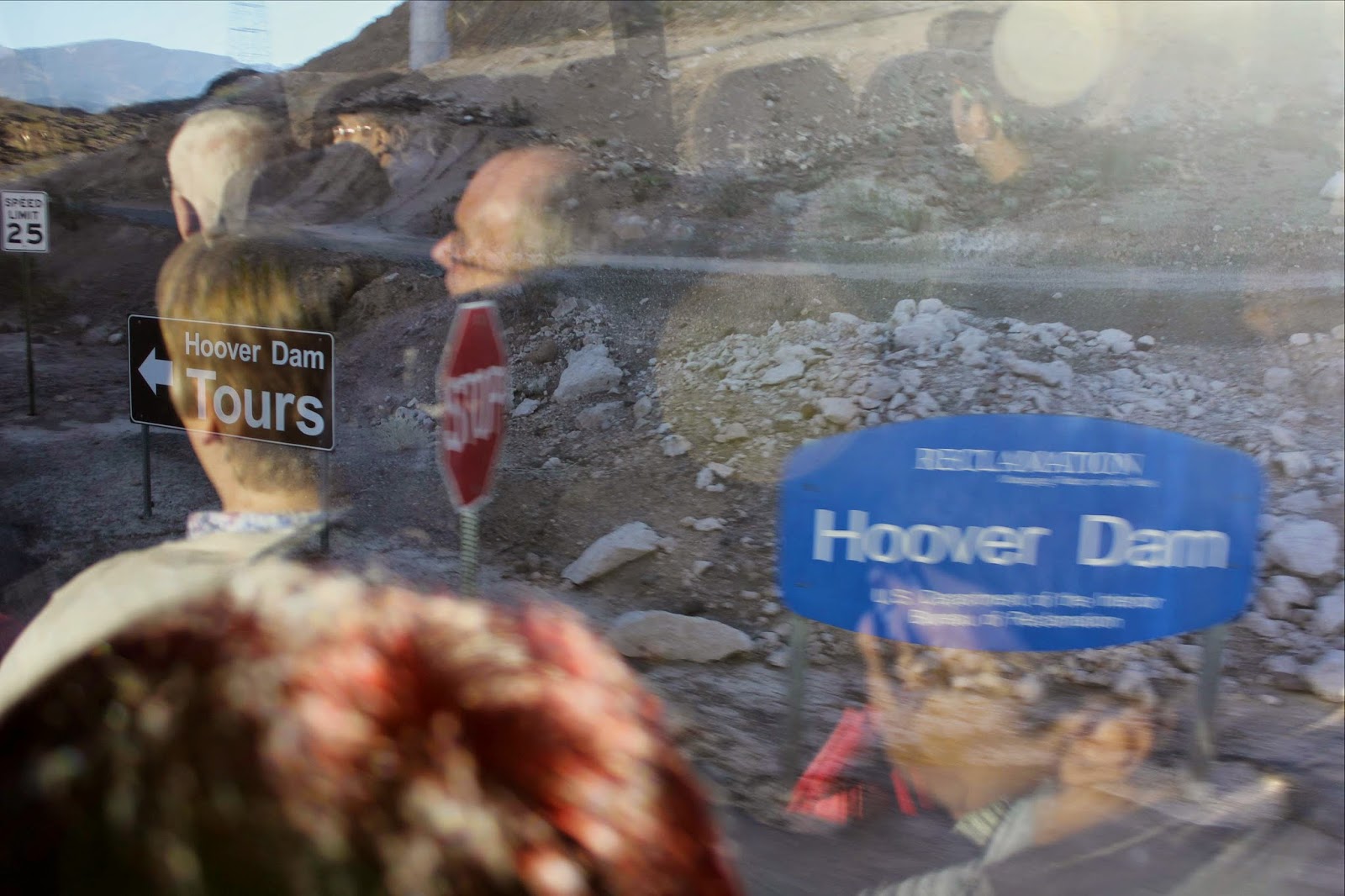 The security at the dam’s entrance was tight,
and the tourist  bus was inspected, inside and
out, by courteous, uniformed security officers. 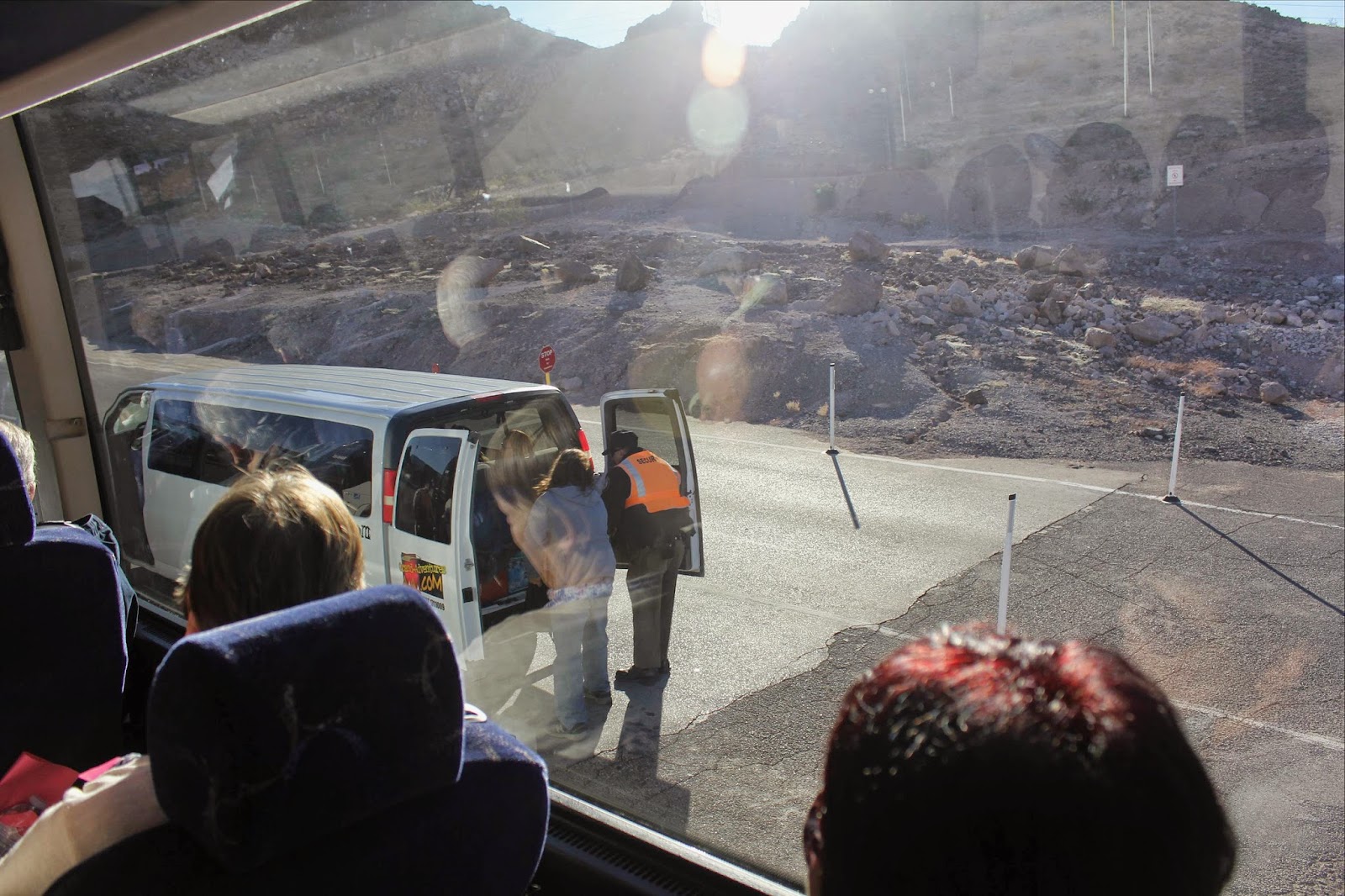 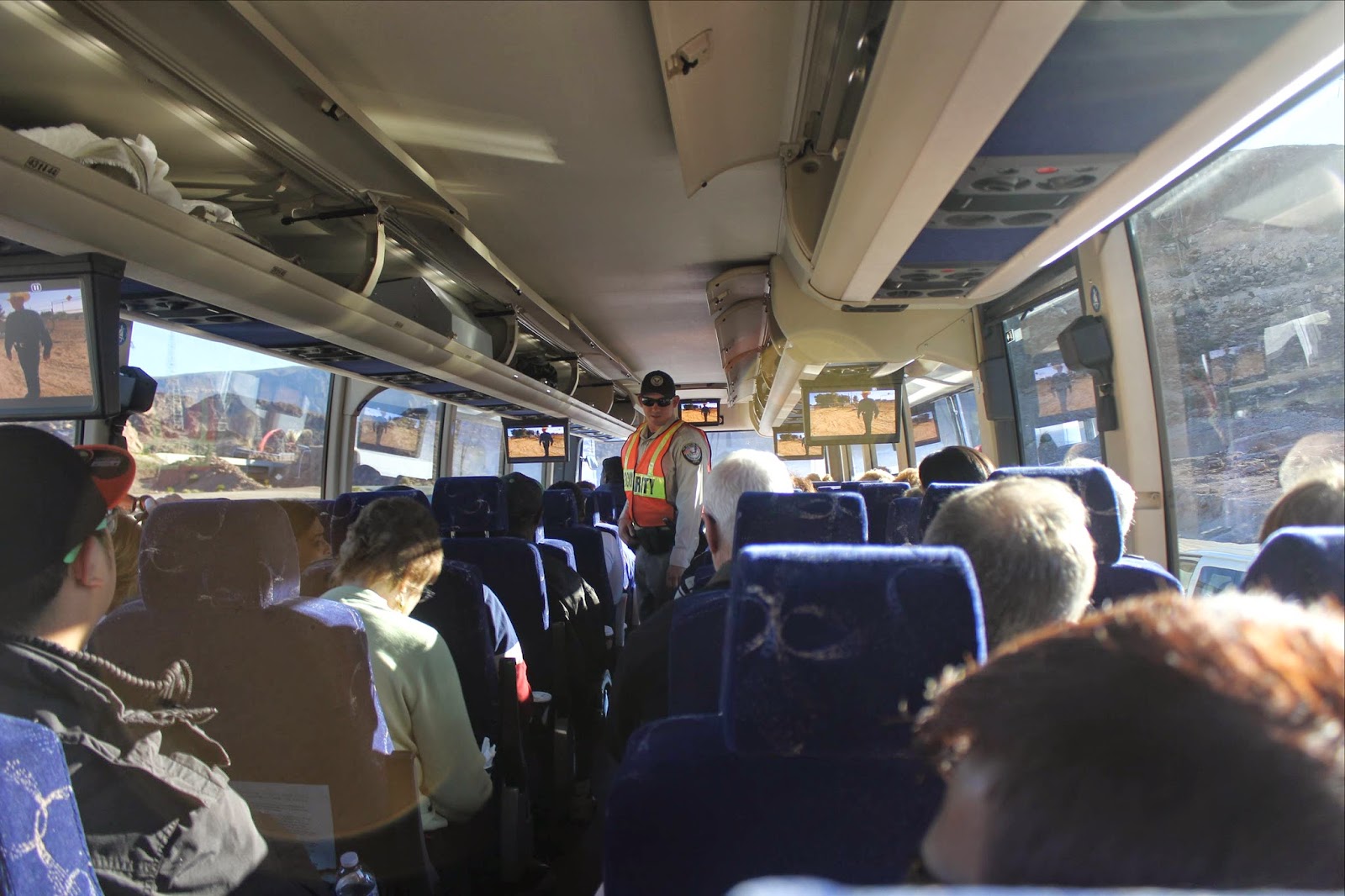 We got down from the bus for about 30 minutes and
got the chance to take photos of the dam’s environs. 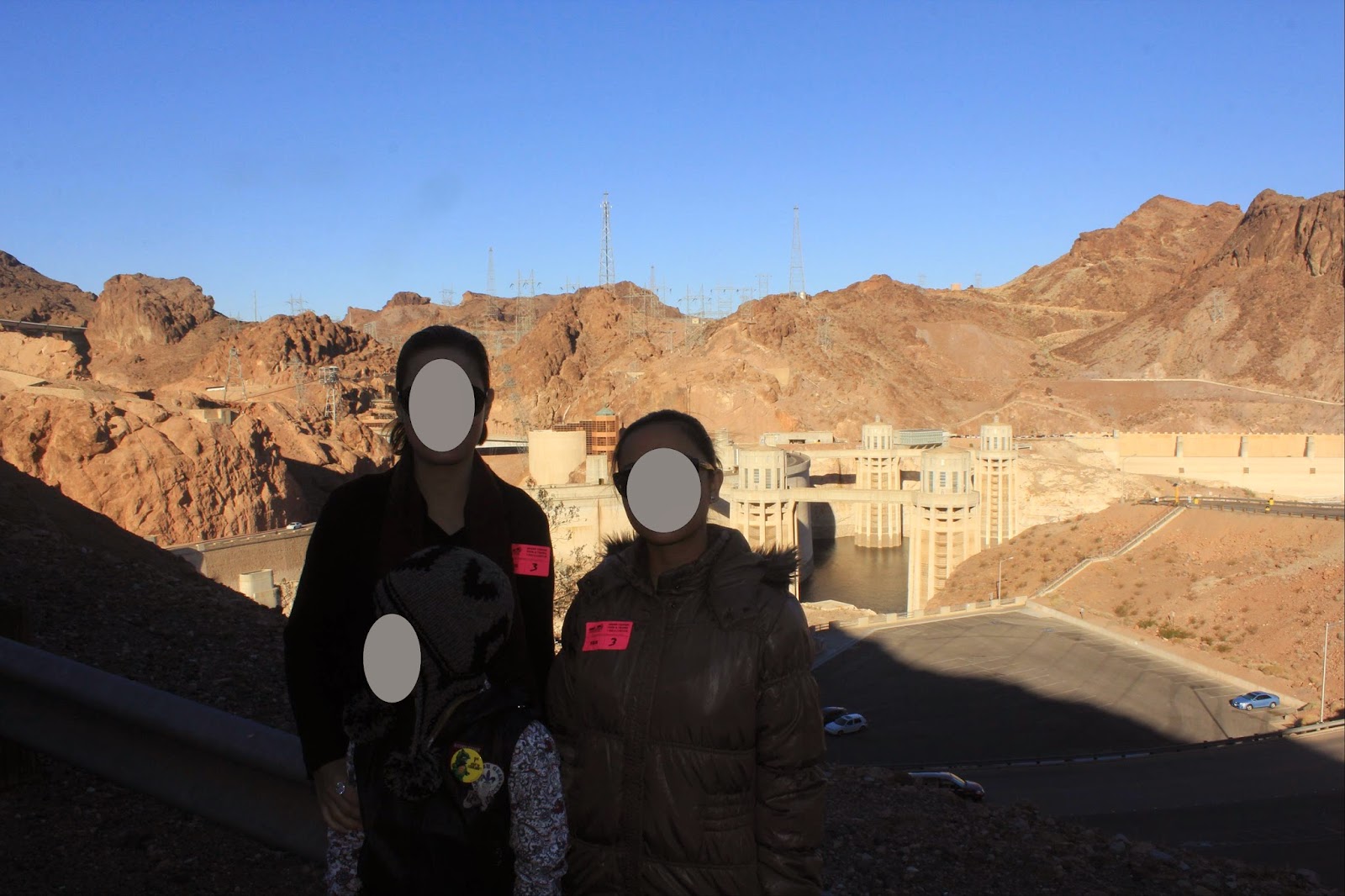 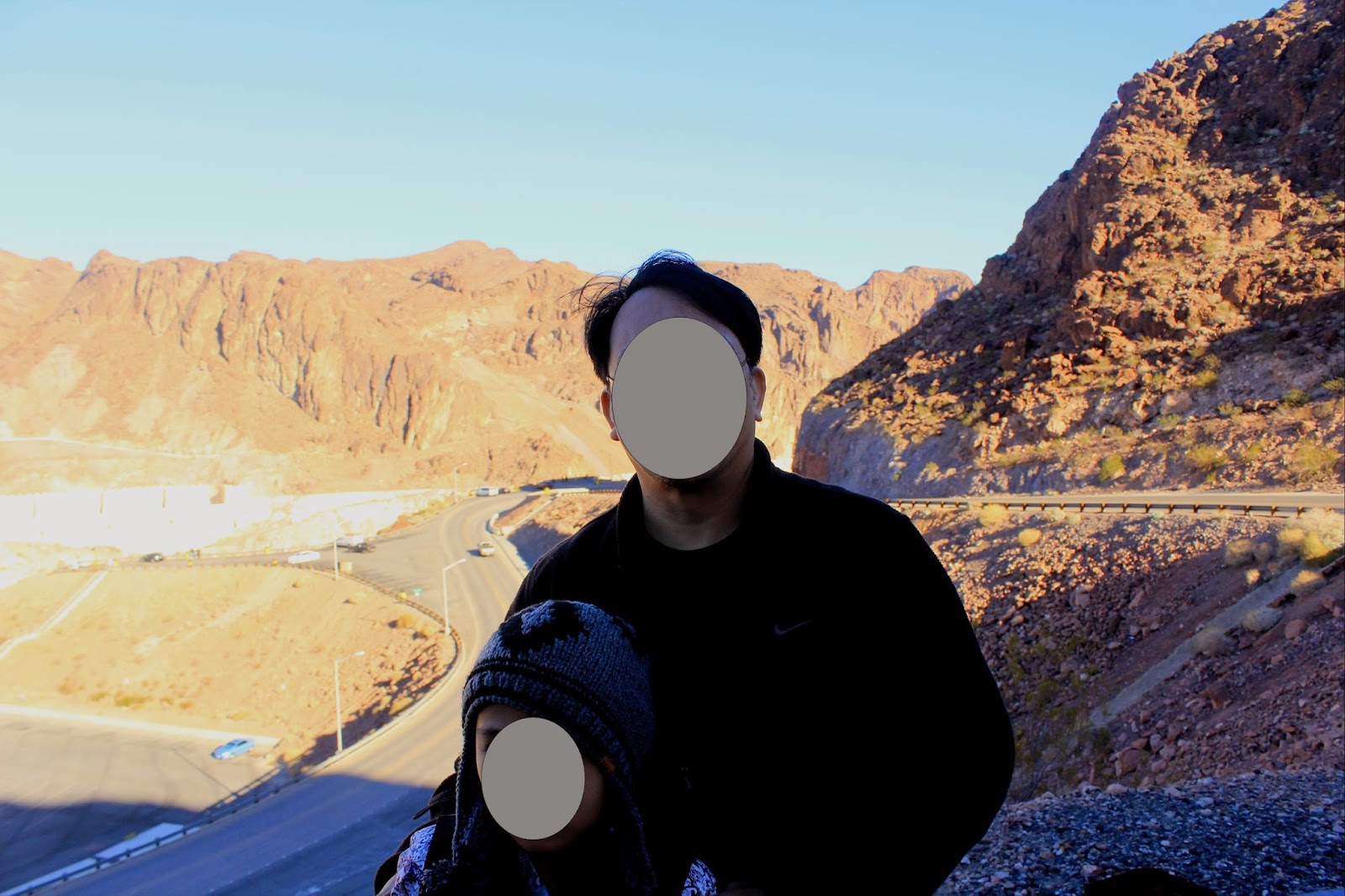 The Hoover Dam was a sight to behold. 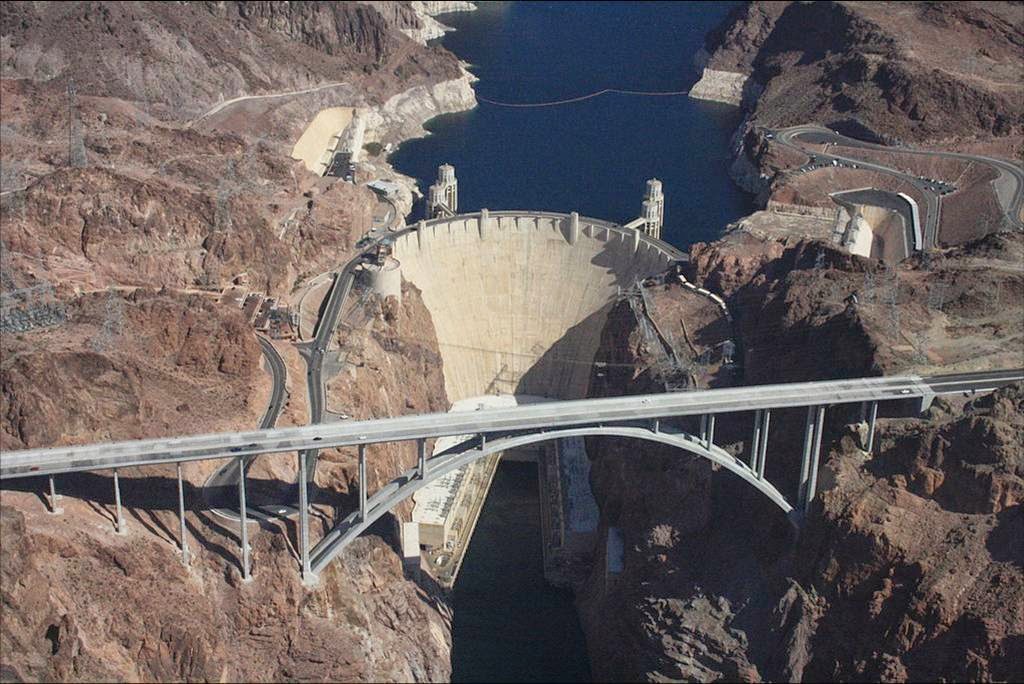 Just like the Great Wall of China, which we also
had a chance to visit in the past, is one of the man
made structures in Earth visible in outer space. 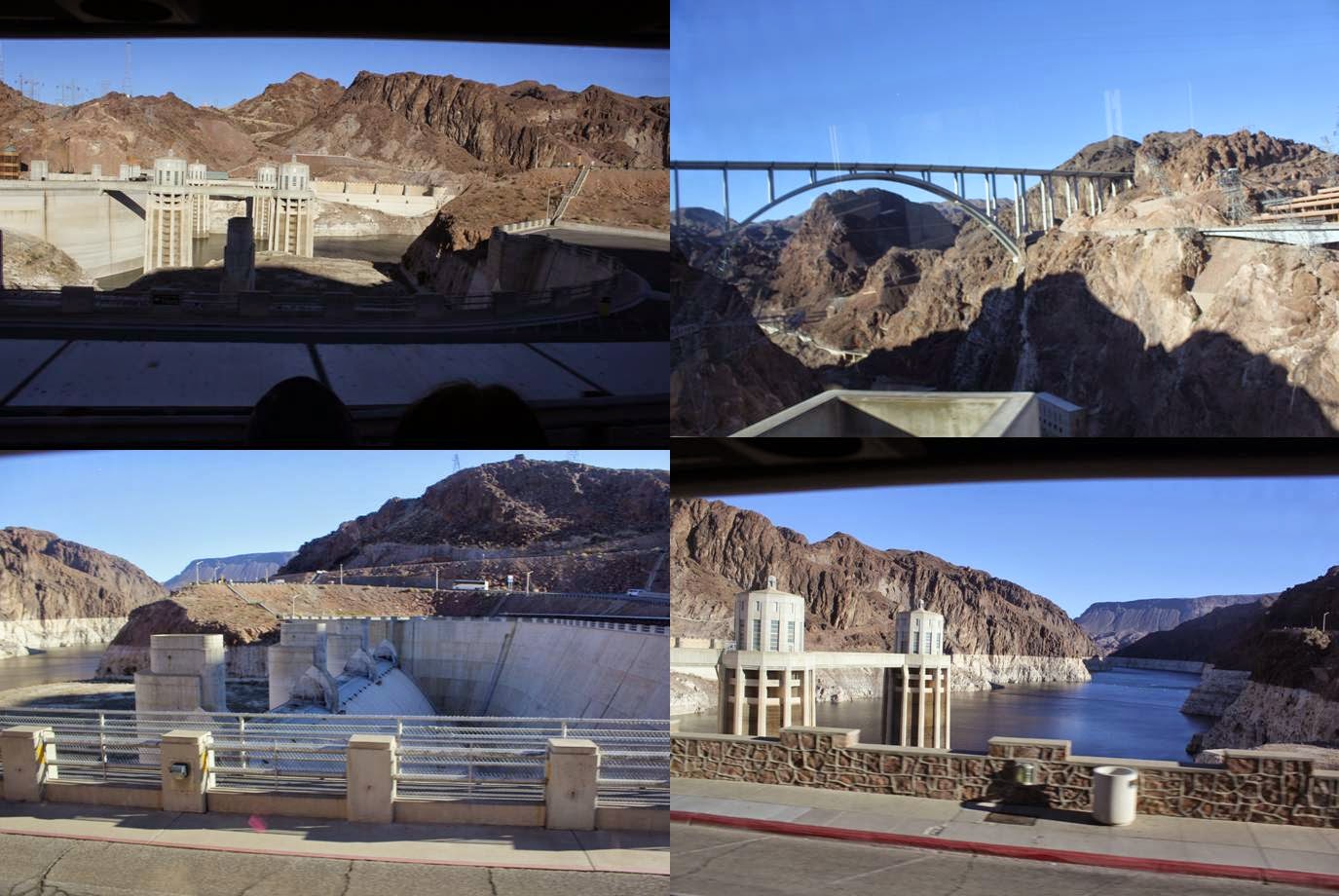 It is difficult to find the right words describe
the massiveness,  and no  picture could justify
the immensity of this humongous structure. 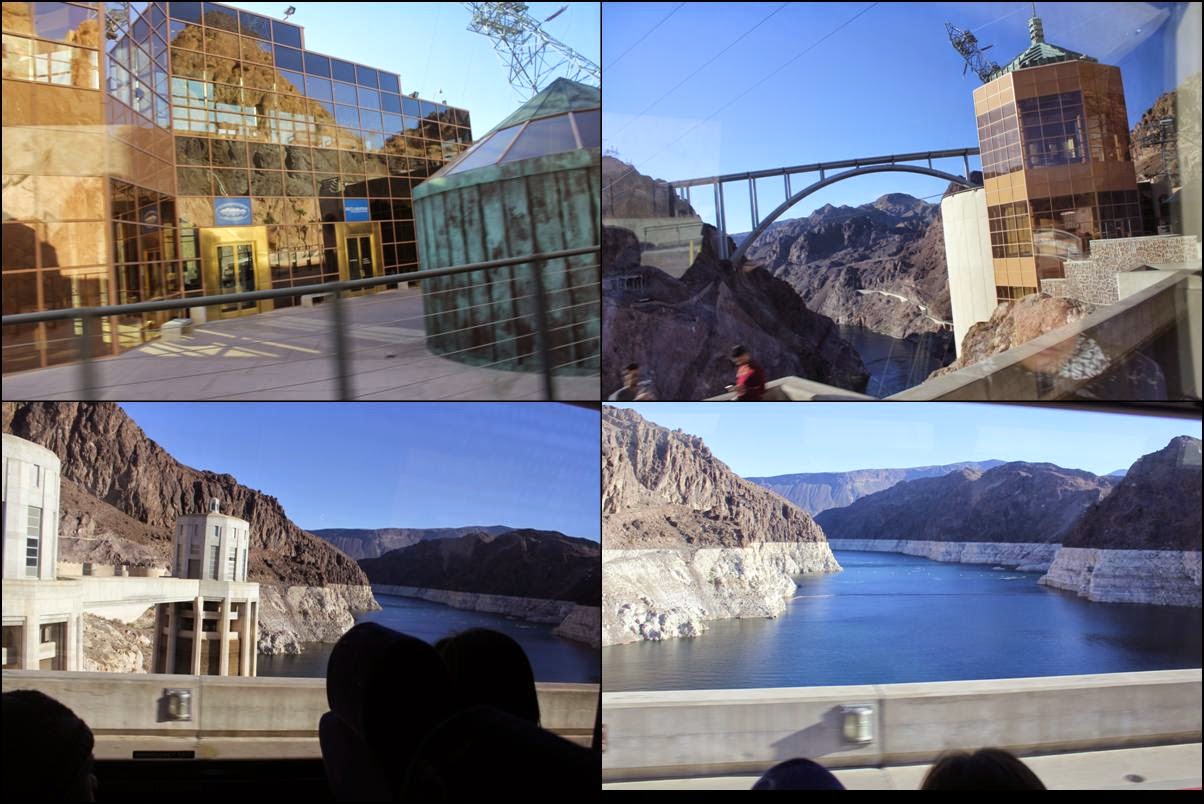 Staring at the Hoover Dam’s vastness would
make one’s  head  spin vertigo, with an overwhelming
sensation with the  realization of the massive power that it
generates, that it is in reality, a living and breathing entity. 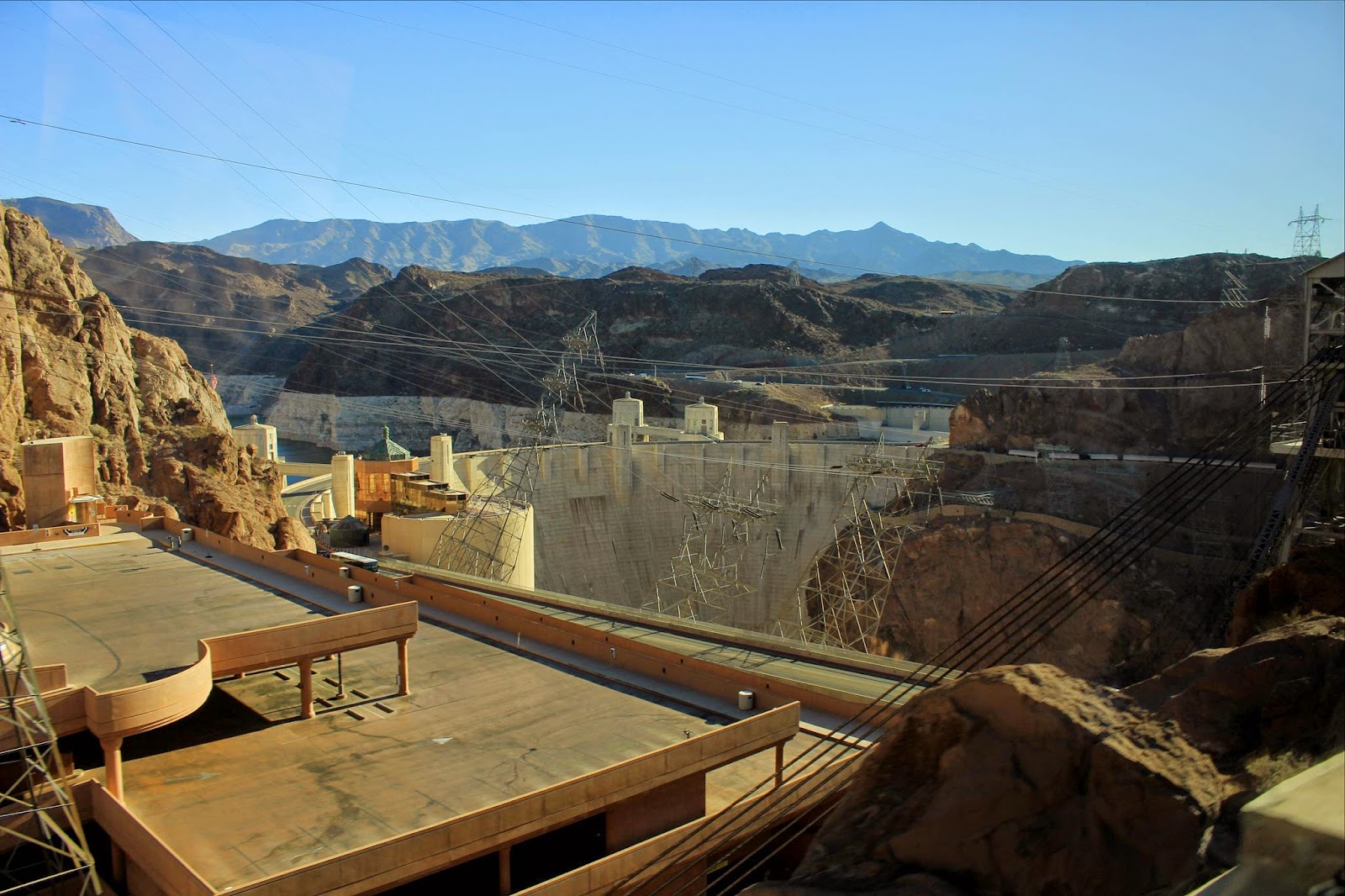 The water level had receded significantly for
the past few years and just like the Lake Mead, 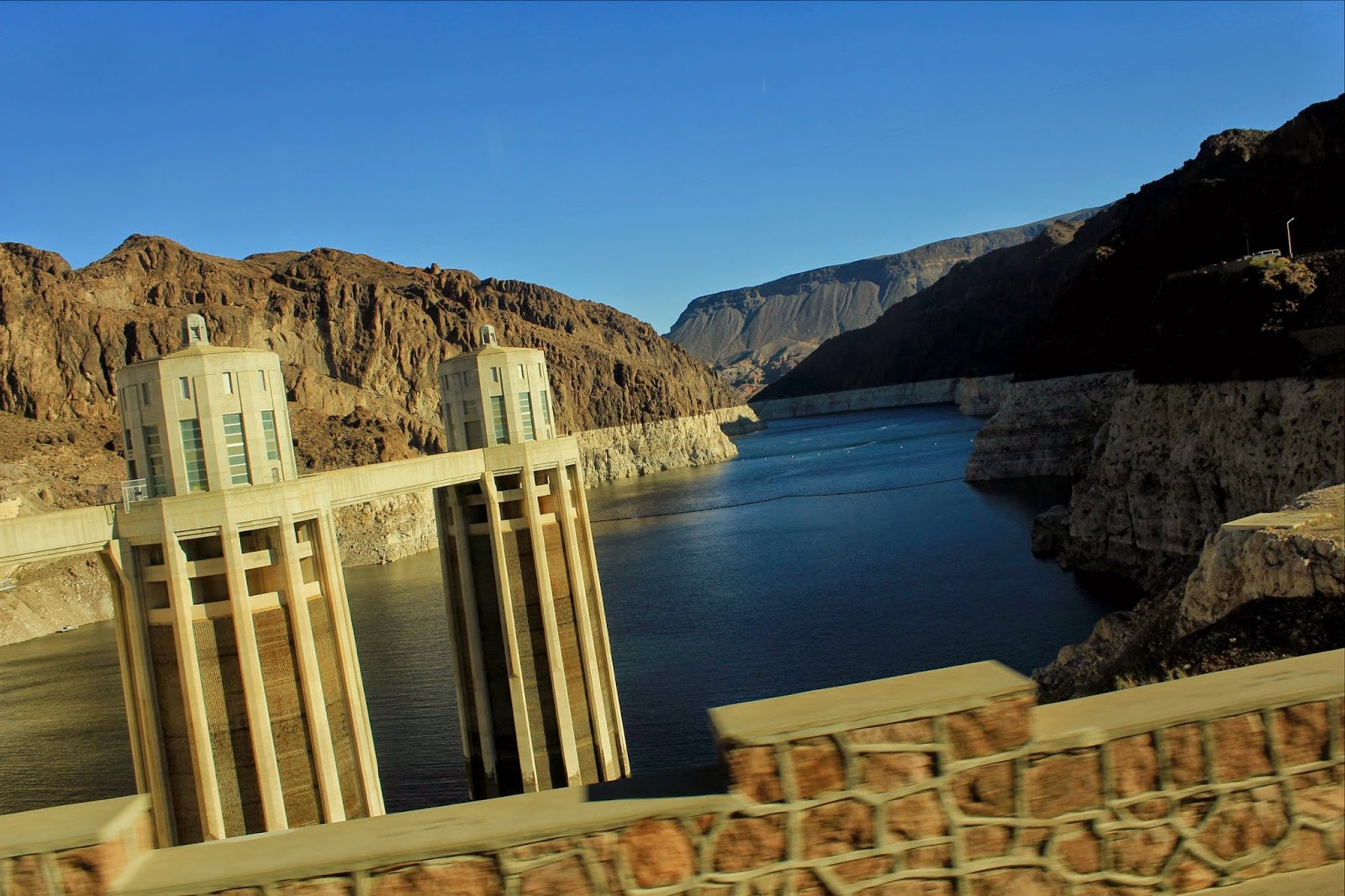 …visible on the discoloration made by the receding
water the rock face of the on the river’s cliff side, 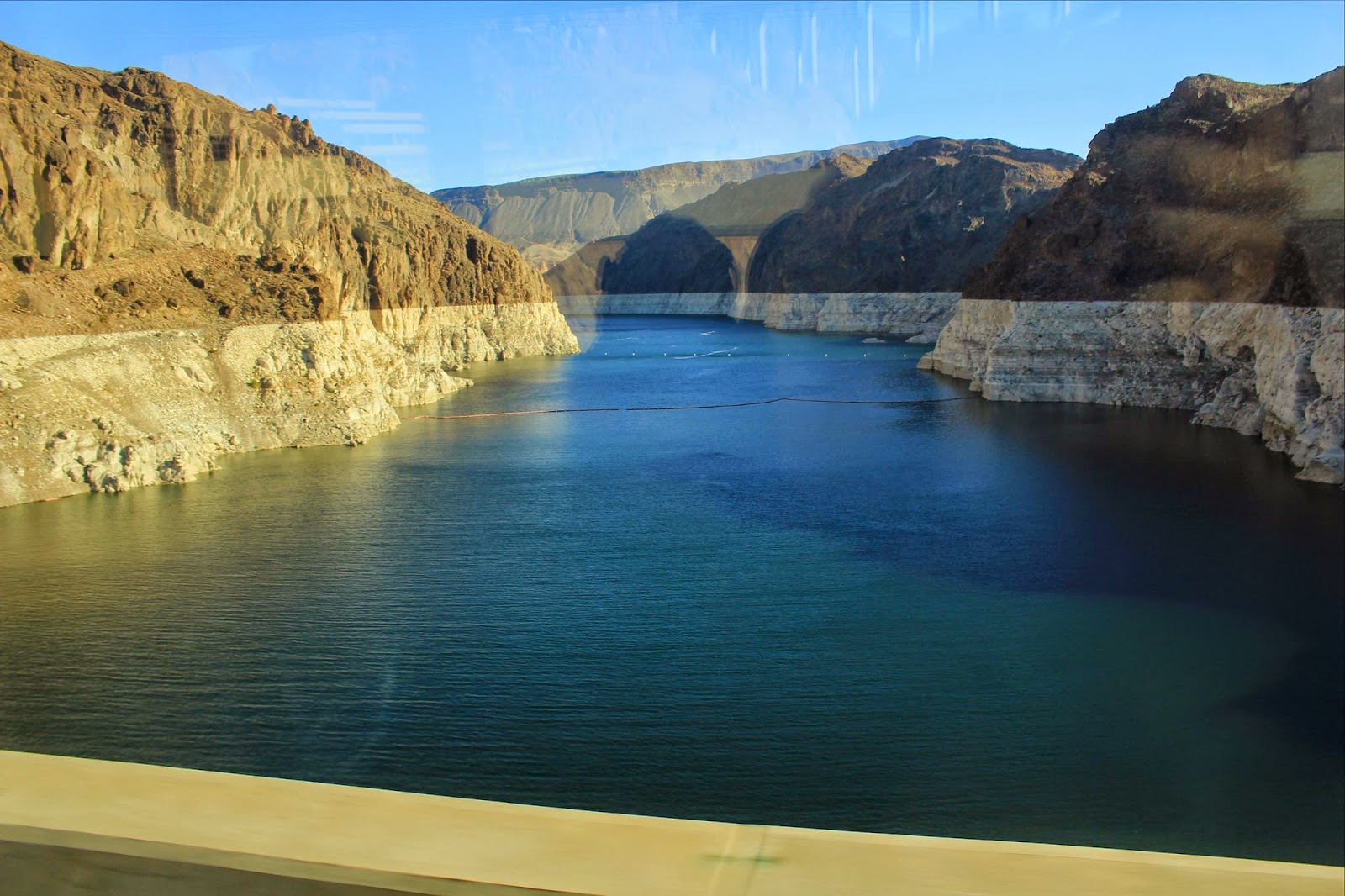 …and on the overflow outlet has been
apparently dry and empty for years. 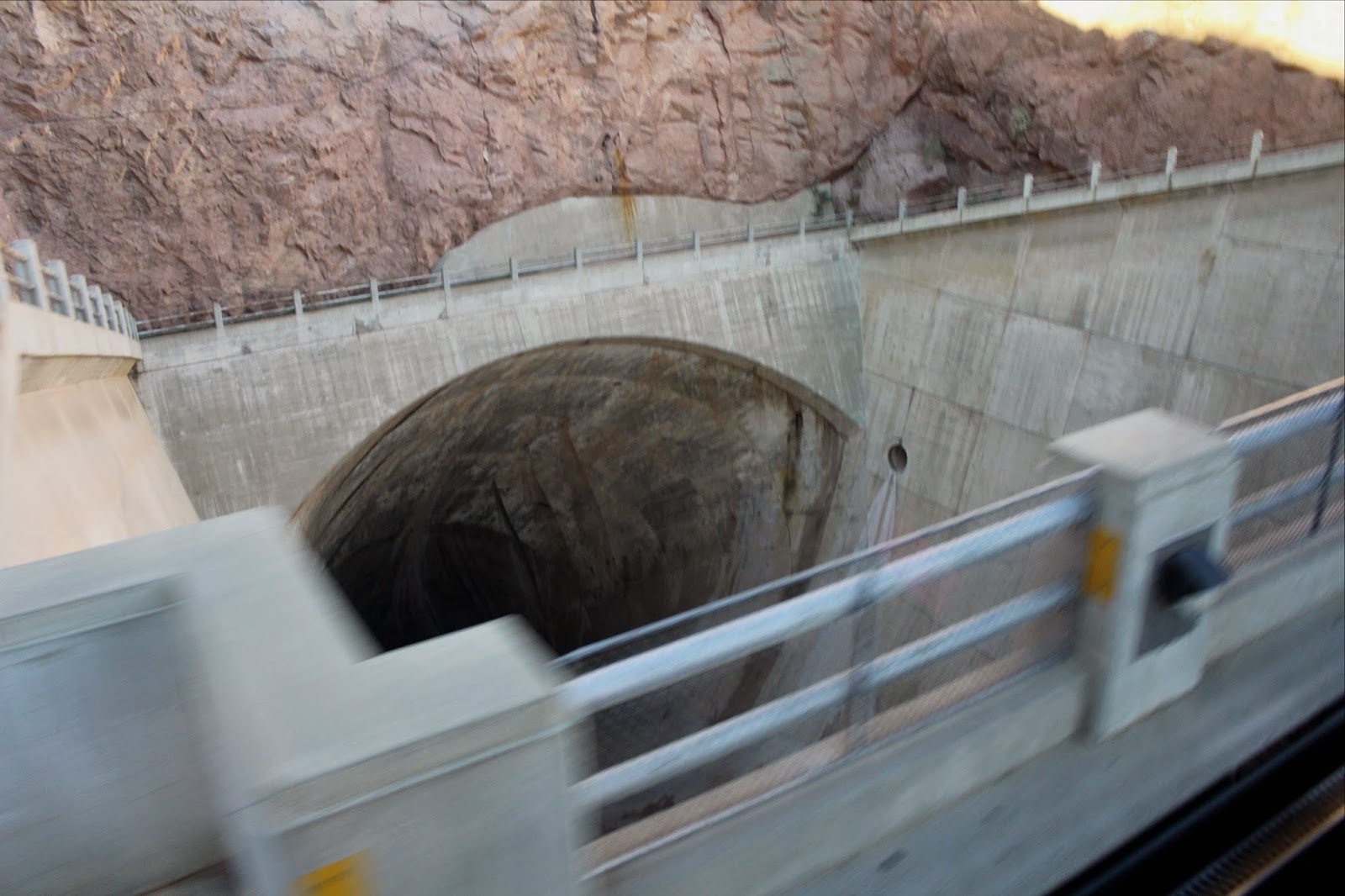 Hoover Dam lies at the between
Nevada and Arizona borders, 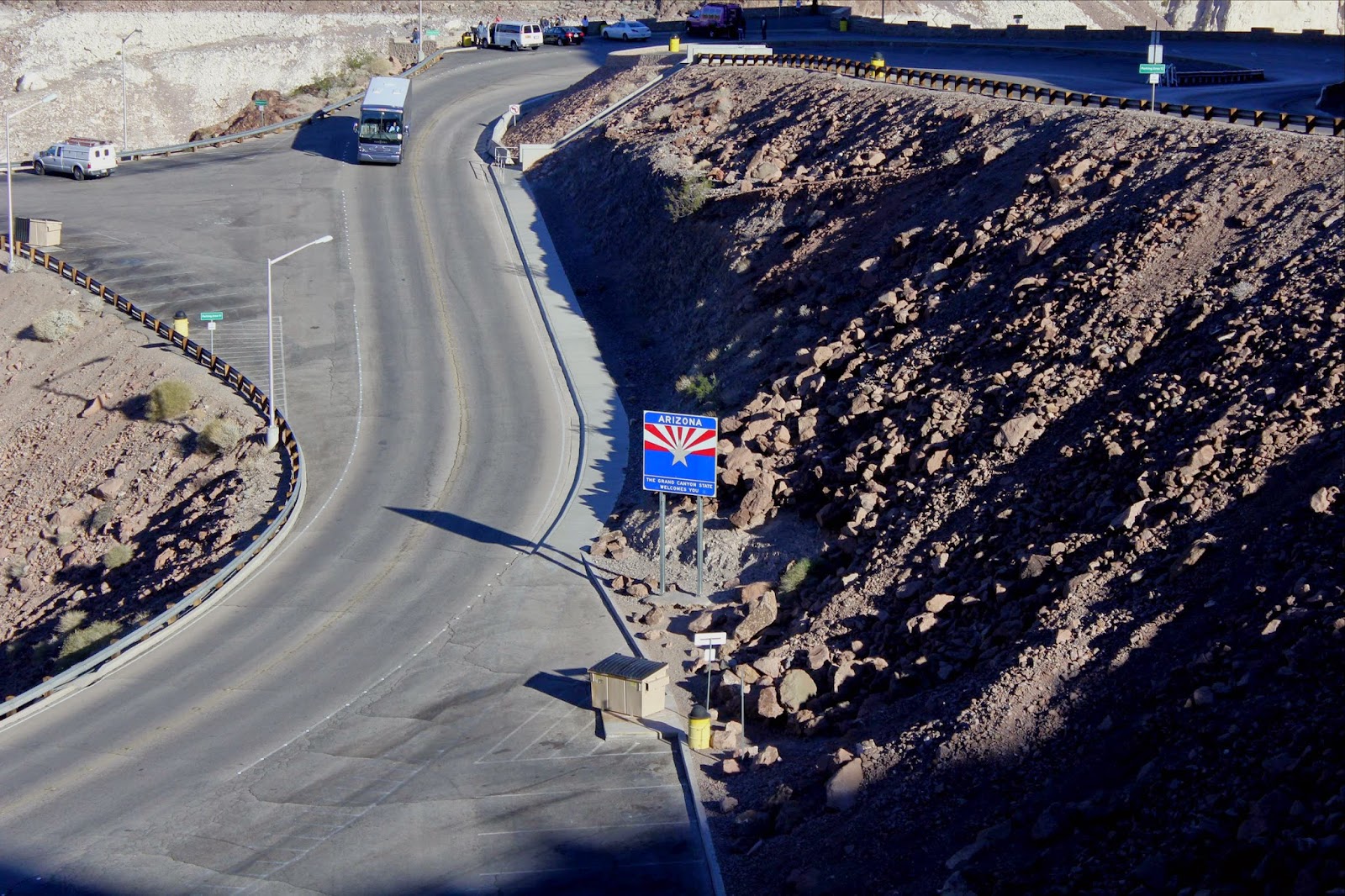 …and we were glad that the tour company
that we booked included this as one of the
stopovers on our way to the Grand Canyon. 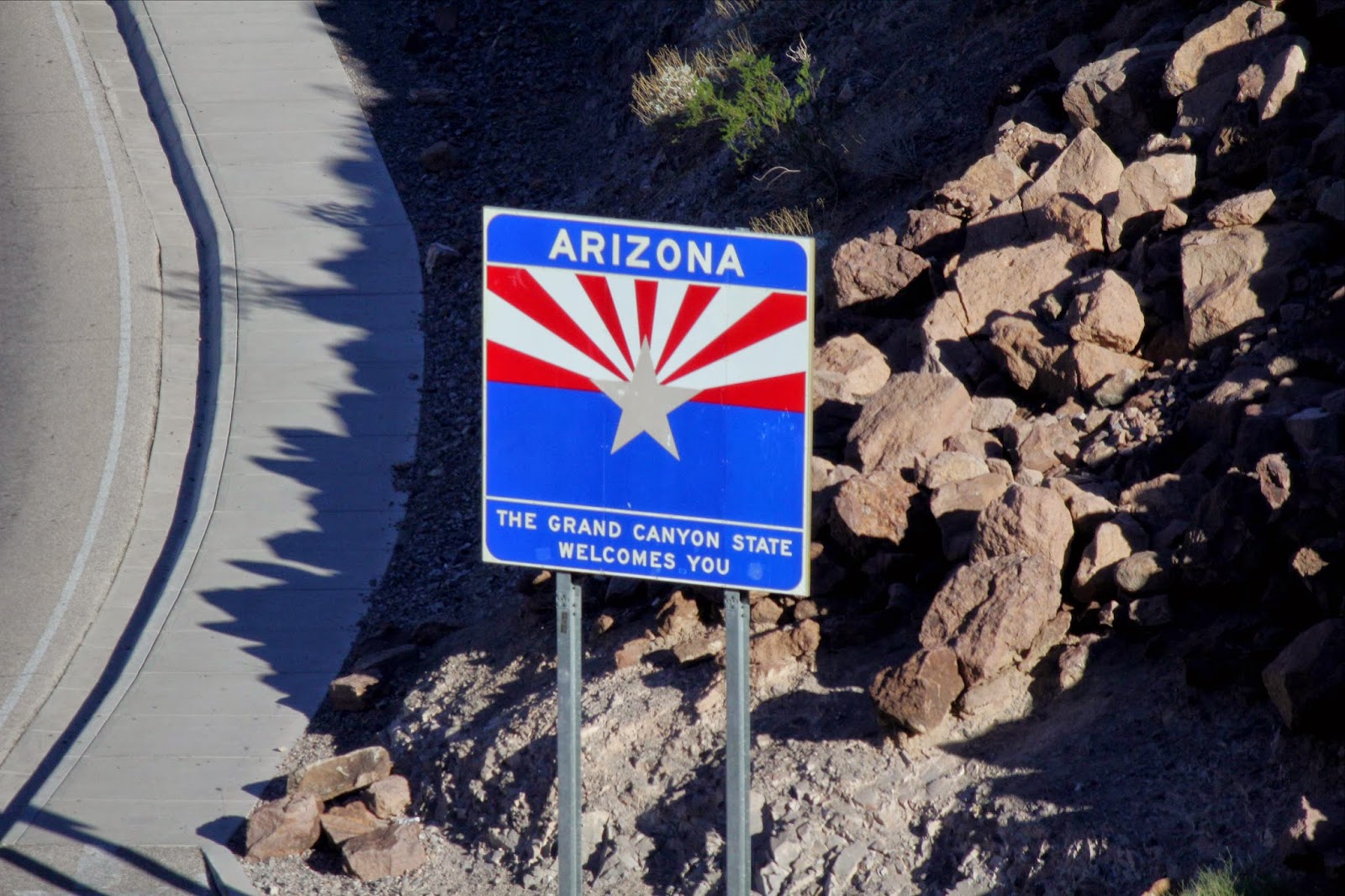 We stayed less than an hour in the
dam so we failed to explore it. 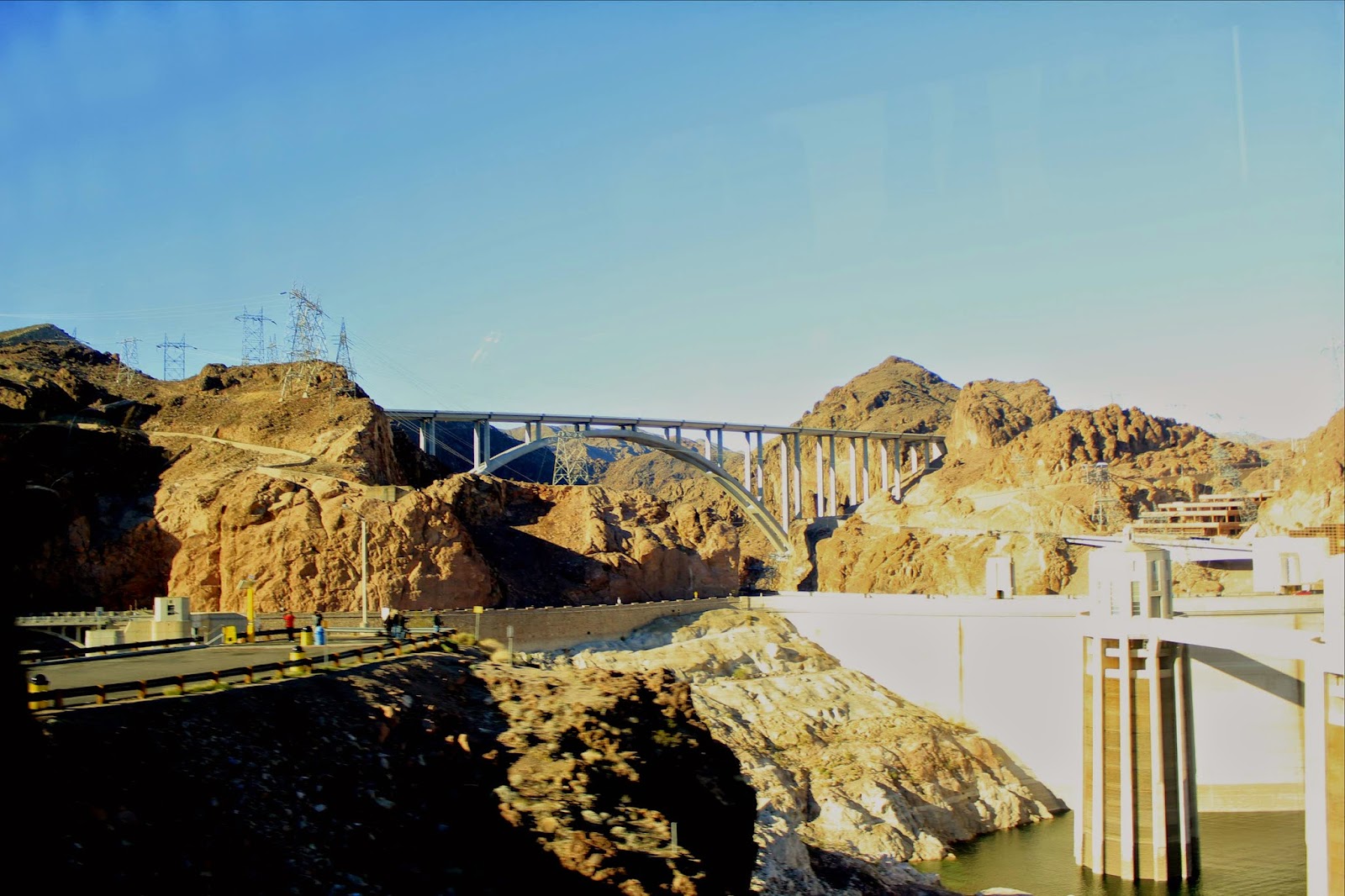 We proceeded with our trip on the vast and scenic Arizonian
desert on our way to the Grand Canyon with one thing in mind; 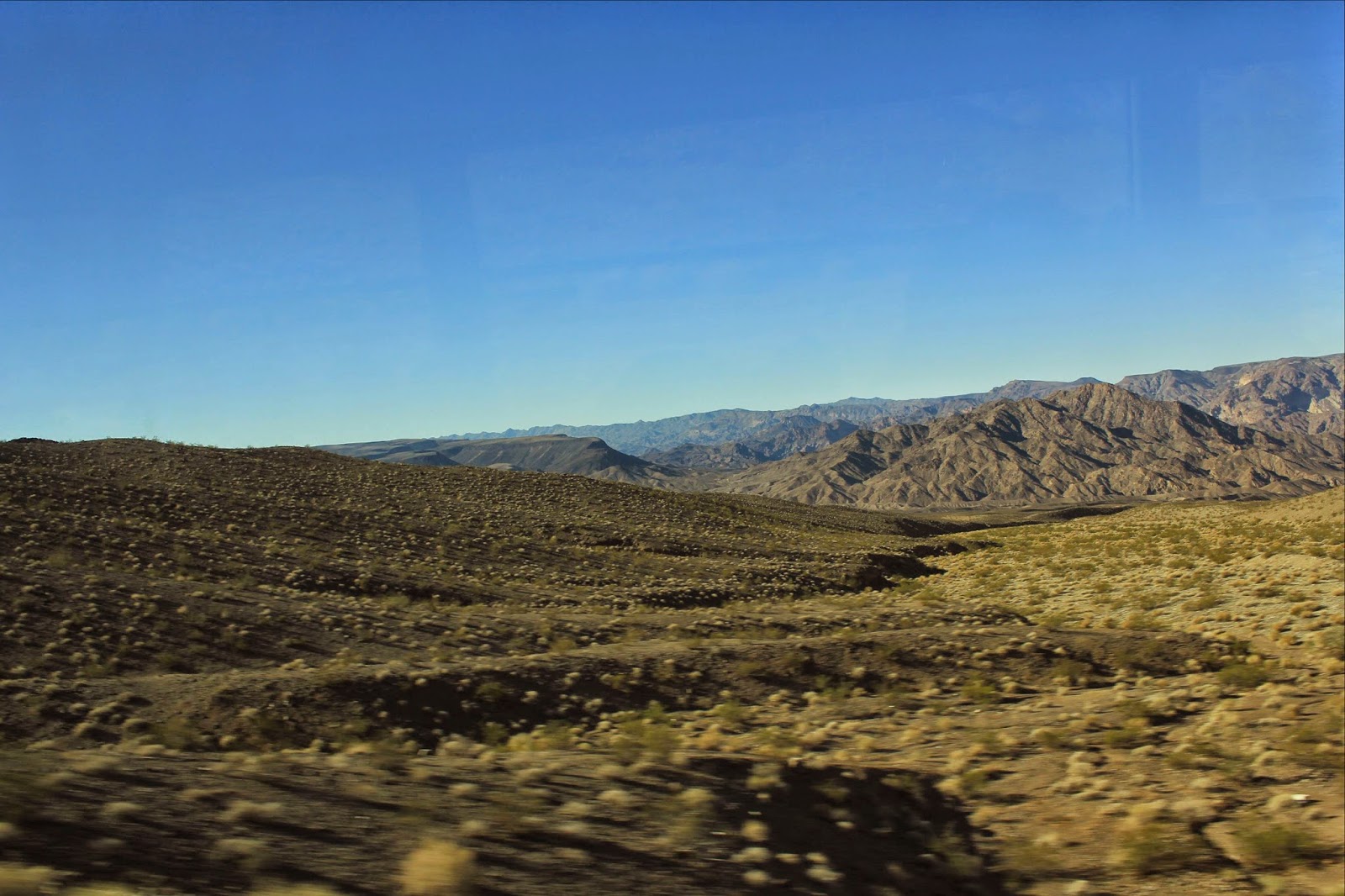 ...we will have to devote a whole day to have more time to explore
Hoover Dam when my family returns to Las Vegas in the future.

Posted by Ramon Caceres at 1:28 AM

Email ThisBlogThis!Share to TwitterShare to FacebookShare to Pinterest
Labels: USA