It was one of the rare moments last Christmas season that
we were able to dine at LCC Mall as we could not find any
parking and any vacant seats in the city  center restaurants. 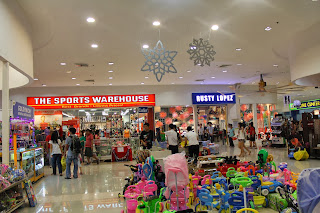 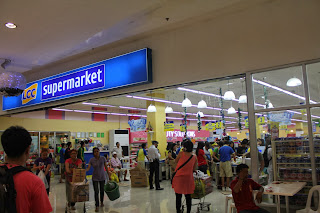 It was also very crowded inside the Jollibee LCC,
but since it is located just in front of the food court
we were able to find a vacant table immediately. 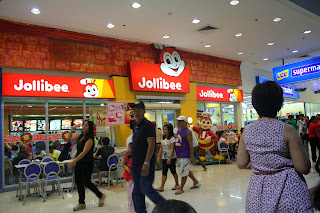 My family ordered some of  Jollibee’s
classic fares like   Lumpia Shanghai meal
which we found rubbery and overcooked, 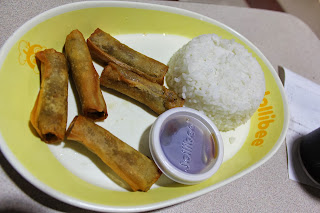 …their popular Palabok Fiesta which is an all time  favorite in
this restaurant. I personally never really  liked this dish as I find
it too salty and nauseatingly gross as the vomit-like topping
leaves an awfully briny and smelly aftertaste in the mouth. 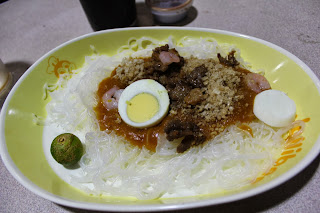 The Grilled Pork Tenders tasted like a fusion of tocino and
tapa, but the combination blended perfectly as it is not as
sickeningly sweet as tocino and not as hideously salty as tapa. 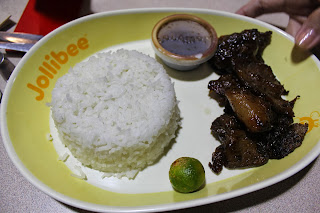 I was craving for Champ but it was not available.
The new Cheesey Bacon Mushroom Champ, and the
Jolly Hotdog were also not  available and all they had
were those ghastly tiny Yumburgers that tasted more
like a synthetic rubber rather than a beef. 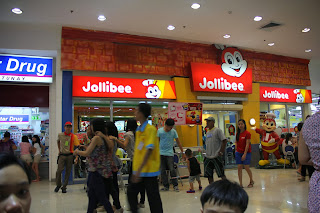 They suggested the Ultimate Burger Steak. I never really
considered trying this dish as one would  immediately lose
his appetite on the sight of a burger patty bathing in mawkish
mushroom sauce,  lying in a bed of French Fries  served
with a cup of rice topped with egg fried sunny side up. 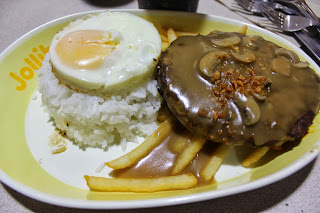 Who would ever have  thought of putting all these
inappropriately dissimilar dishes together?
What could be more disgustingly gross than this? 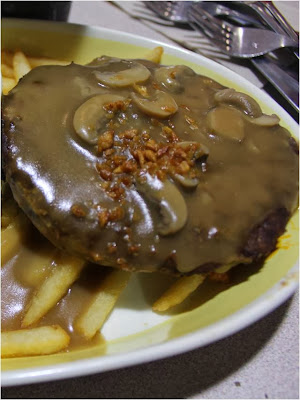 Surprisingly, all those divergently repulsive looking
stuffs placed together in one plate tasted great. 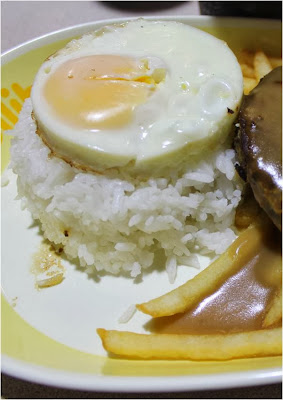 It left me craving for more and would have ordered
another had I not gotten guilty of the extra calories
and extra poundage that the extra order would bring.

Posted by Ramon Caceres at 3:55 AM