We took a break after at a week of feasting on delicious
Indonesian food,  by dining on  in Restaurant Haka
that specializes in Chinese Cuisine located in Glodong area
at Jakarta’s famous  and historic Chinatown district. 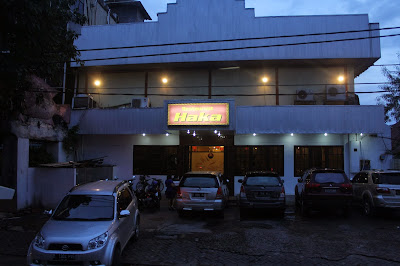 The place had the typical Chinese Restaurant ambiance and
had these round tables with revolving Lazy Daisy table tops at the
center for easy access of the food being served on the table. 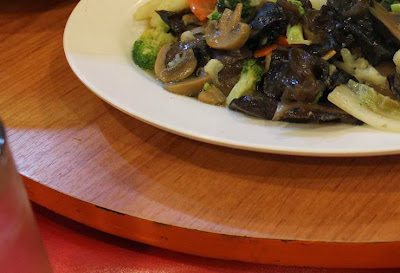 Unfortunately, no one speaks English in the restaurant and
they even mistook us for Chinese tourists as the waiter started
to us speaking Mandarin Chinese, which we barely understood. 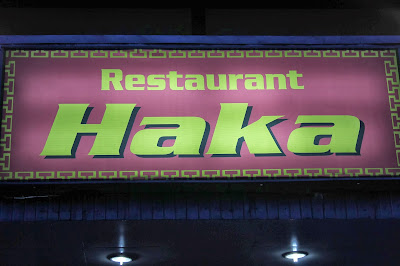 Despite the language barrier, we were pretty familiar with
most of the Chinese dishes that they served as they are also our
hometown favorites and we wanted to see the cultural variation
and refinement that they do, to conform with the Indonesian taste. 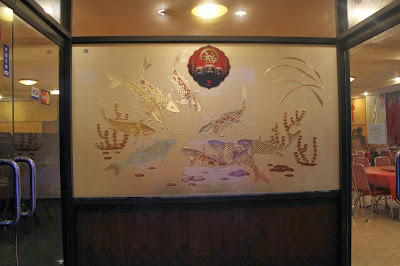 We started our meal with a really greasy Wonton Soup
with vegetables  served carelessly overflowing in a bowl.
The careless and inattentiveness to from being prim and proper
is what the authentic Chinese restaurants endear to the diners
who are looking for a genuine Chinatown dining experience. 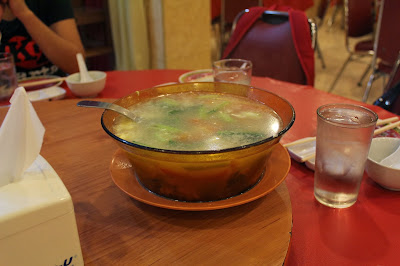 The dish looked a little gross and scary because of the oil slick
floating on the soup. But looks can be deceiving- it is the grease
that makes the soup very tasty and really very, very yummy. 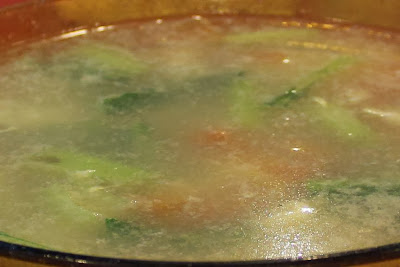 The popular street food called Kikiam, which are fried elongated
fish cakes served with sweet and sour sauce was a perfect appetizer. 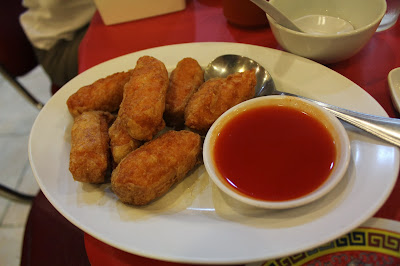 We also had Stir Fried Mushrooms which was served with
lots of fresh crunchy  vegetables and tasted very delicious. 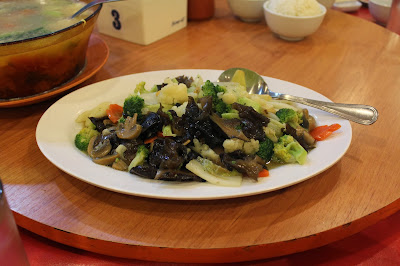 The Stir Fried Beef with Chinese Pechay was a perfect combination.
The sponge like stalks of the vegetable neutralized the mustiness
of the beef and the it’s slightly bitter taste added flavor to the dish. 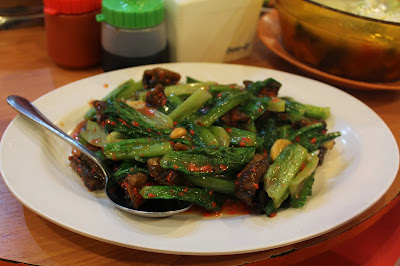 The Steamed Fish was very delicious. The tender white flesh
of the fish had a subtle taste of soya and just a delightfully
piquant aftertaste  of the Herbs and Spices that topped the dish. 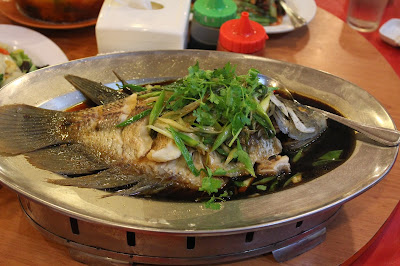 I cannot really tell whether the Spicy Shezuan Chicken
is a Chinese or an Indonesian dish. It had the signature
sweet and sour goodness of what most Chinese dishes but also
had the flavorful spiciness of an Indonesian satay dishes.
Whatever it is, it was a perfect fusion of the
exotic Eastern and Far Eastern oriental cuisines. 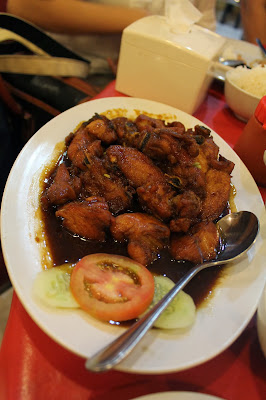 I don’t know how they call this Chinese dish in Indonesia
but  for us Filipinos this is the classic and flavorful Pork Asado.
This dish had endeared to most of  the Filipinos as it tastes
like much our Pork Adobo which we consider our national dish. 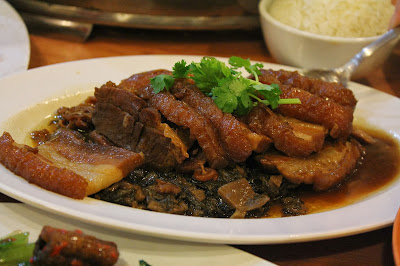 And of course, no meal is complete in a Chinese restaurant
without a noodle dish and we had a platter of Pancit Canton.
I don’t know it they are called the same way in Indonesia,
but this dish is so well loved by the Filipinos as the Canton noodles
have this pleasant roasted flavor aftertaste that lingers  at the
back of your mouth long after you swallowed the food. 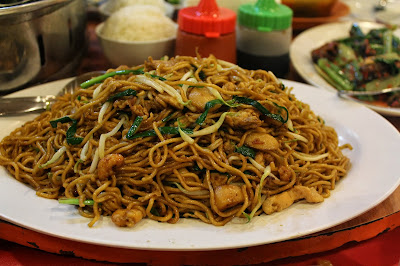 Just like our previous meals in the city, we ended
our dinner with an Oriental Mixed Fruit Platter. 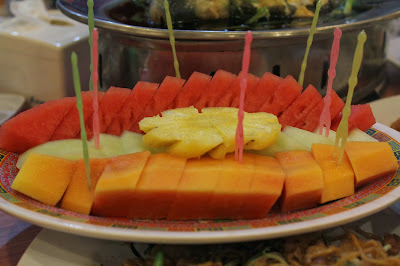 While Vietnamese, Thai, Japanese and Chinese dishes
are some of the Asian Cuisines that have become very
popular  worldwide, Indonesian Cuisine surprised me.
I wouldn’t wonder if in the near future, it could become
the next big thing in the International Culinary World.

Posted by Ramon Caceres at 3:47 PM