It was already past noontime when we arrived
at the Wizarding World of Harry Potter at
the Universal Studios Orlando and we were
all  starving so we searched for a place to eat, 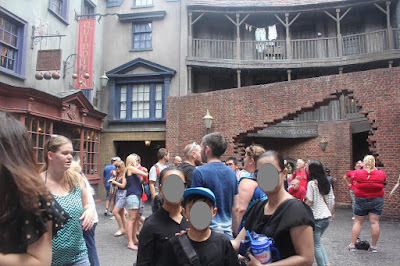 …that lead us to the Leaky Cauldron. 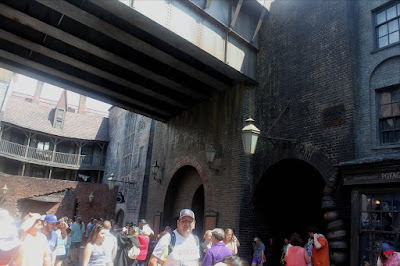 Leaky Cauldron, is a full service restaurant based on the fictional
world of Harry Potter book series, a recreation a pub and inn that
Harry and his friends visited frequently in Diagon Alley, 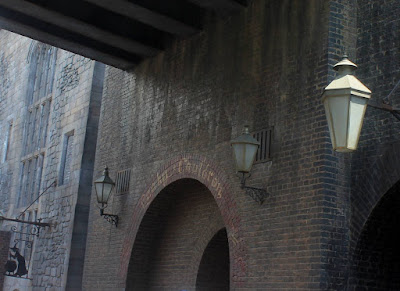 .. and could be accessed thru an enchanted brick wall behind the
restaurant, which how exactly how it was done in the theme park. 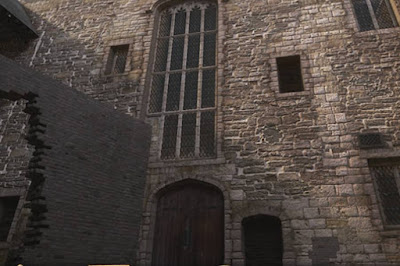 The restaurant had a medieval- themed interiors, 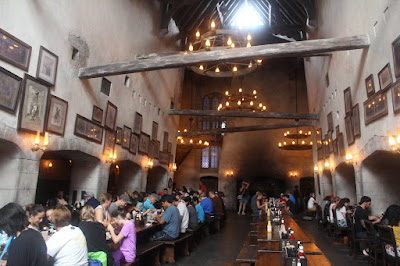 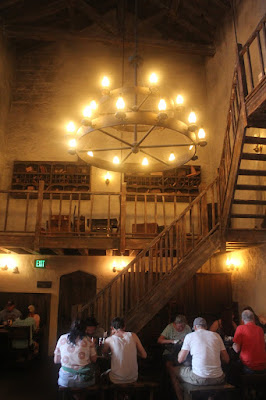 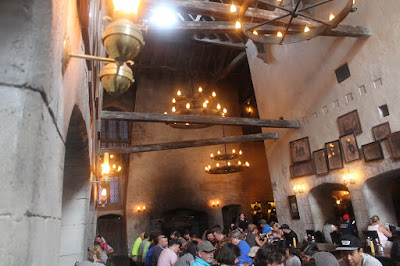 …with the iconic cracked, leaky cauldron displayed
at the head of the beautifully designed dining area. 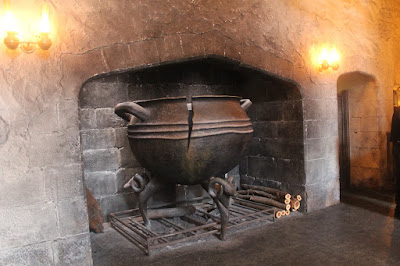 The Leaky Cauldron is a step-up from a quick- service
restaurant, and serves traditional British cuisine. 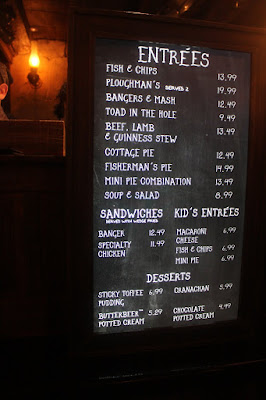 We ordered our food from one of the several registers, where we
were given a numbered candlestick and the beverages we ordered, 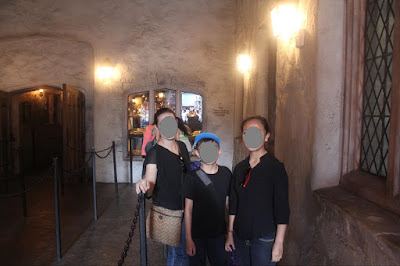 ...then a costumed team member
took us to our table at the dining area. 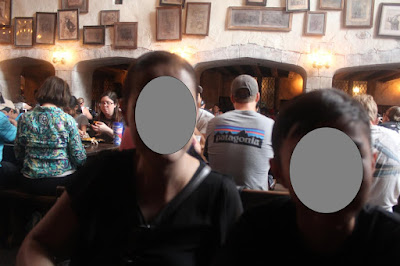 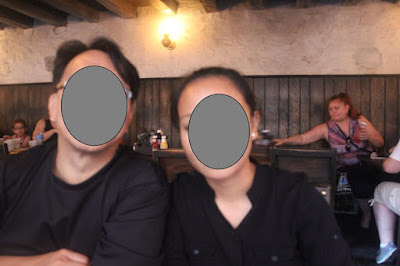 We ordered our all time favorite Fish and Chips.
It was a perfectly fried, battered Fresh Atlantic Cod,
served with thickly sliced potato chips as a side dish.
It was crispy on the outside and very moist and tasty
inside and went perfectly well with the tartar sauce. 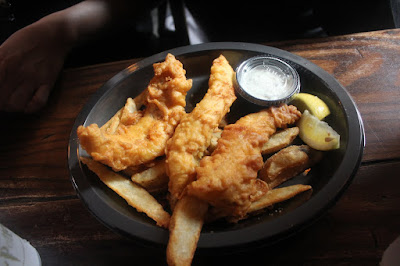 We were curious what was on the Toad in the Hole
so we ordered one. It turned out to be as delicious
traditional sausage baked into a very tasty Yorkshire
pudding and bathed with onion gravy. It was served
with variety of fresh vegetable and steamed green peas. 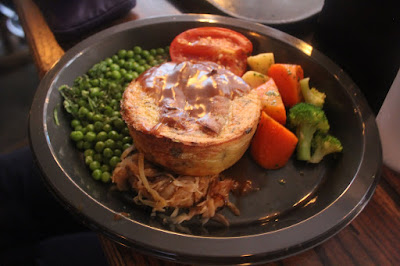 The Fisherman’s Pie was so good and a must try dish
in Leaky Cauldron. Varied seafood made of salmon,
shrimp and cod fish baked together under a potato crust,
which actually is a tasty and creamy baked mashed potatoes. 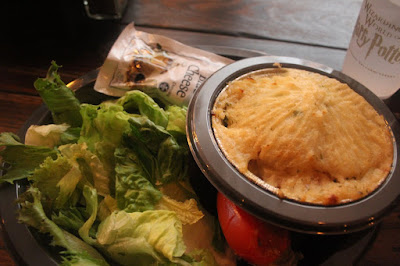 The Leaky Cauldron despite being a theme- park restaurant, 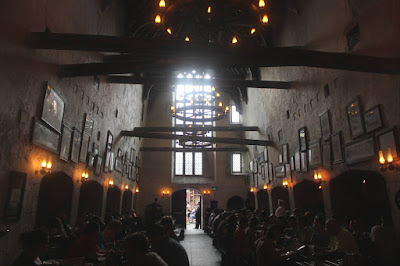 …serves delicious dishes and a must dine, must visit
restaurant for anyone who wanted  to have an authentic
experience on how it is to dine a’la Harry Potter.