A Day in the Park with Barney: VIP Treatment at Barney’s Playground (Orlando, Florida, Beyond WDW Series 6)

A Day in the Park with Barney
VIP Treatment at Barney’s Playground
(Orlando, Florida, Beyond WDW Series 6)

My son has been looking forward for this trip to Orlando, Florida,
as he knew we would be visiting Universal Studios Orlando, 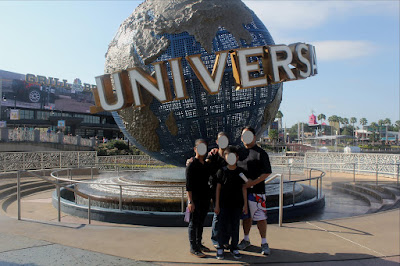 …where there is an attraction dedicated
to the iconic purple dinosaur- Barney. 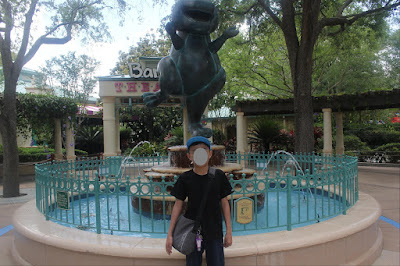 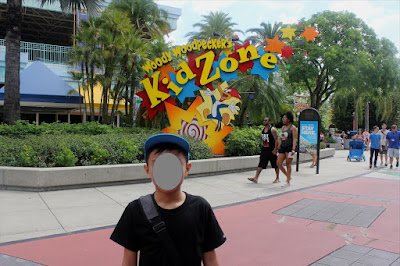 … A day In the Park with Barney where little
Barney fans could meet and greet their purple idol. 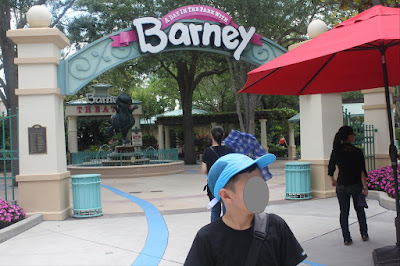 It has a Barney Souvenir Shop, 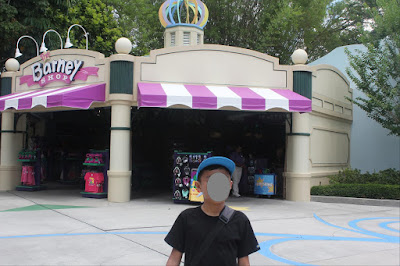 …an indoor playground, that was made to
appear like you were in a Barney TV show, 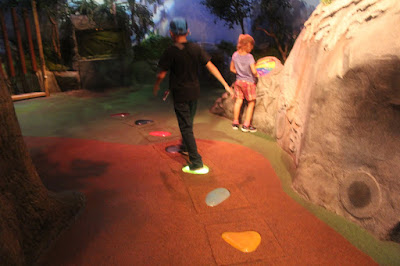 My son Timothy is a Barney fanatic and he breaths and lives Barney.
It is in his system. We came too early for the show so we decided to
let him play at the Barney’s Backyard, and the little boy was lucky. 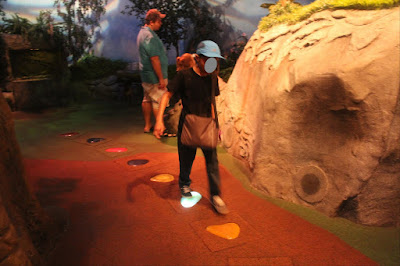 From out of nowhere, Barney suddenly appeared.
and Timothy finally  got to meet his idol personally. 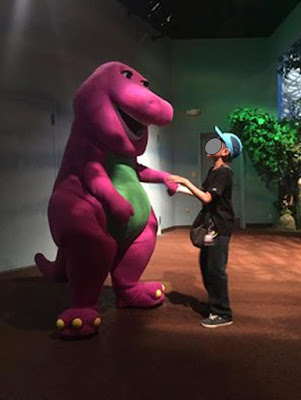 Since he knew every song and every move
on almost all Barney shows, he got to sing, 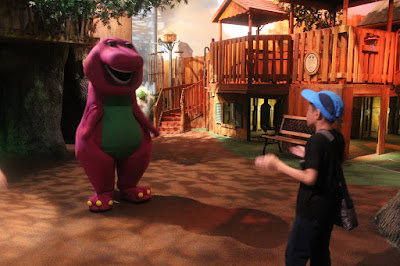 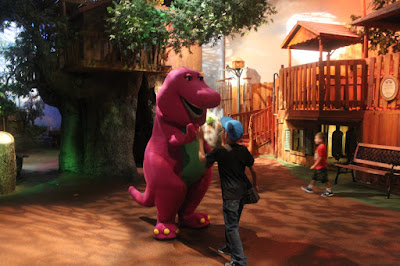 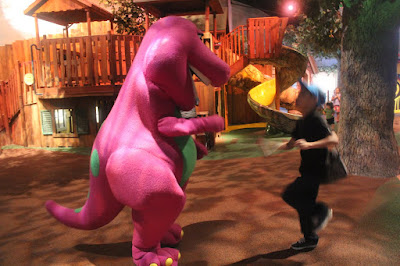 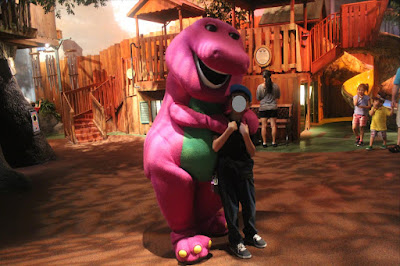 …and play with him just like
what he sees in his TV show. 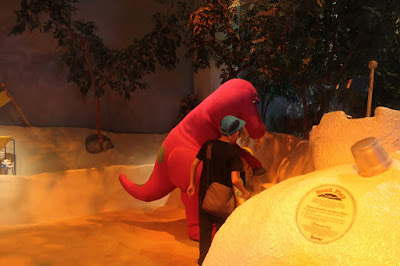 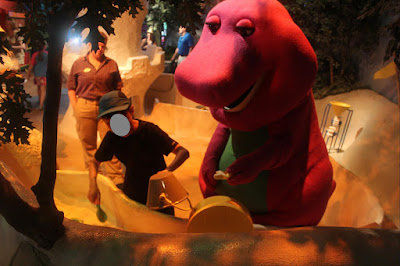 …face to face and side by side. 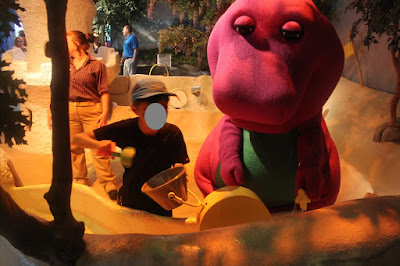 Before leaving for a noon break, the crew promised to
let us meet the rest of the Barney cast after the show. 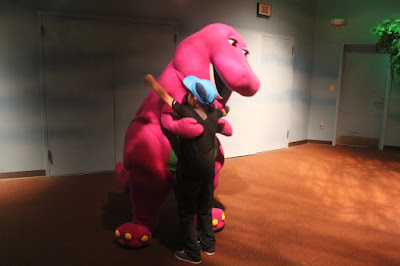 We later lined up for the show, 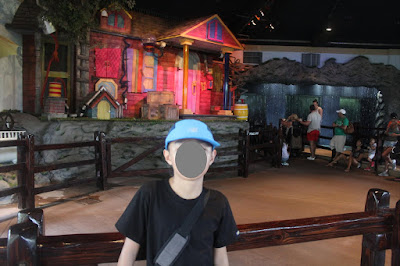 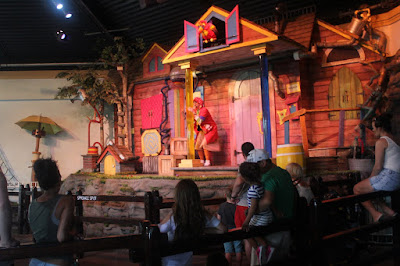 …and tremendously enjoyed it. 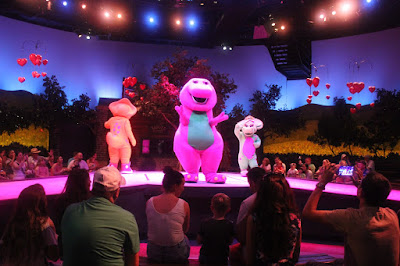 Midway during the show, a crew member approached us
and instructed us to remain in our seats as we would be
meeting the whole Barney and Friends cast after the show. 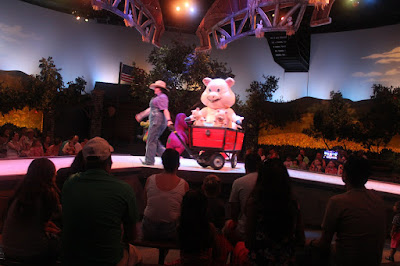 That’s exactly what we did, 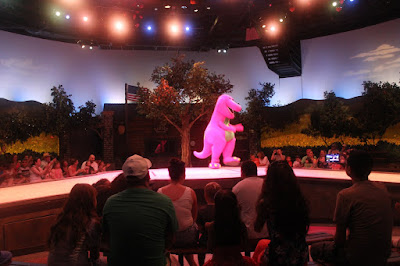 … and got a chance to meet the other Barney
characters like BJ and Baby Bop after the show. 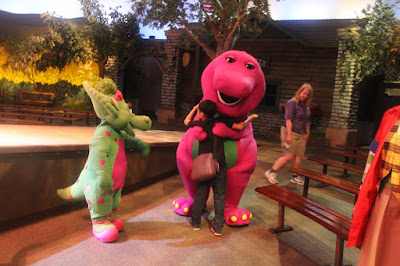 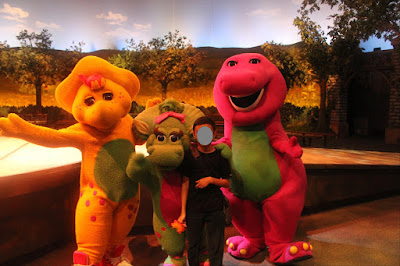 It was a blast and was little Timothy’s best
experience in Universal Studios Orlando, 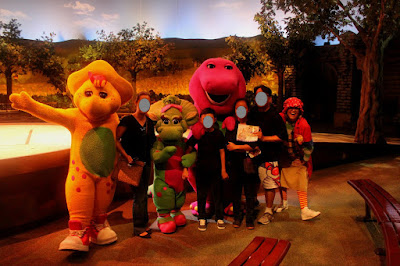 …something he would treasure, long after
he outgrows Barney  in the near future.