Our room was not ready yet when we
checked- in at the Crown Towers Manila. 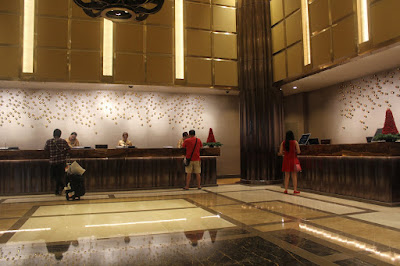 It was noontime, so we decided to eat lunch first and scouted
for a restaurant at the adjoining upscale mall,  the Boulevard,
also located within the new City of Dreams Manila complex. 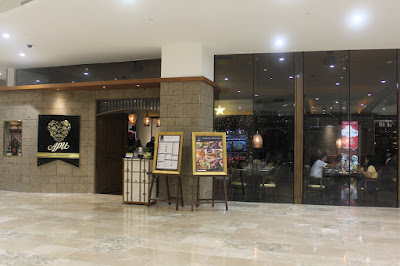 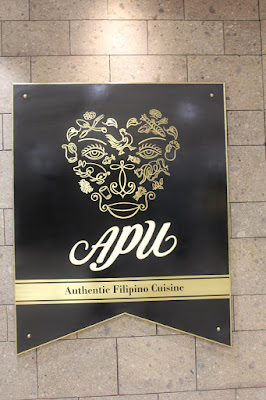 The restaurant had an ancestral Filipino ambiance, 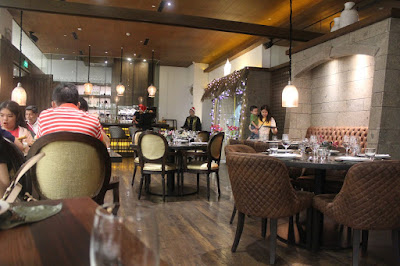 …and when we asked what is meant by Apu, we were told
by the waiter that it was a term of endearment for an elderly
in Pampanga and they are serving Kapampangan cuisine. 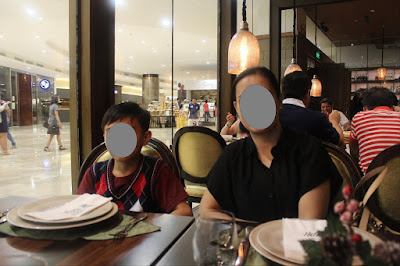 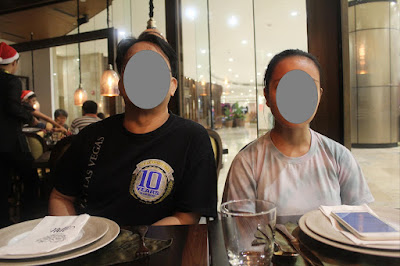 We were taken aback for a while since my family was never a fan
of Kapampangan cuisine. We find most of their dishes either too
greasy or too sweet as they use a lot of sugar in their cooking. 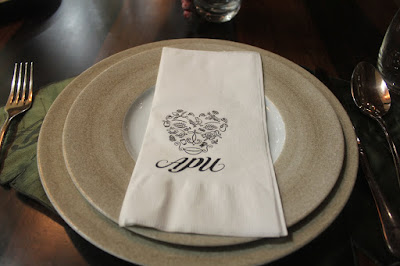 They initially served us a complimentary shrimp flavored chips and
surprisingly, it was tasty and unlike most local koropek, it wasn’t salty. 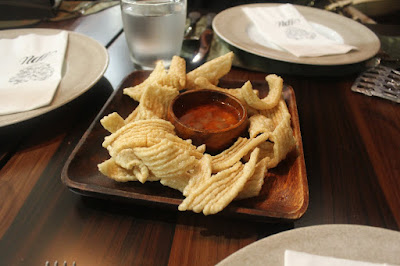 They served the Brown Rice in  polished coconut shell. 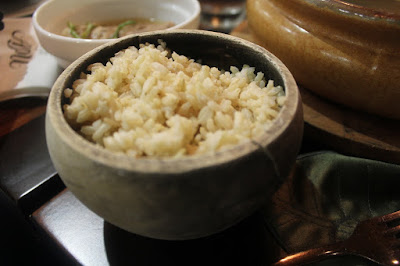 Apu’s Sinigang na Baboy is the most perfectly cooked sinigang
that we have ever tried. It has the right degree of sourness and
one could sip the soup without having to wrinkle your face in
acerbic revulsion. The veggies were perfectly firm and crunchy,
and yet, they were neither underdone nor they were overcooked.
The pork was tender and had a very minimal subcutaneous fat. 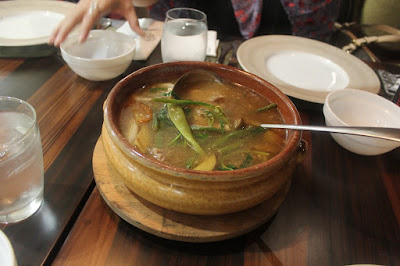 We always order Bulanglang in any Filipino restaurant and this one
was one of the best.  Just like the sinigang, Apu has a way of cooking
their vegetables in a way that they’re not  overcooked but also not grossly
raw. The veggies retained the freshness and firmness. It also had just the
right hint of bagoong that it does not repulsively overwhelm the dish. 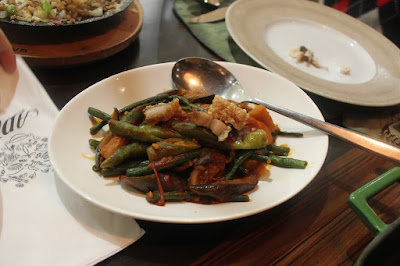 I love catfish and was I glad to see one in the menu-
so I ordered a Fried Hito. It was coated with a layer
of thin breading making the skin firm and crispy,
but still tender, juicy, moist and tasty on the inside. 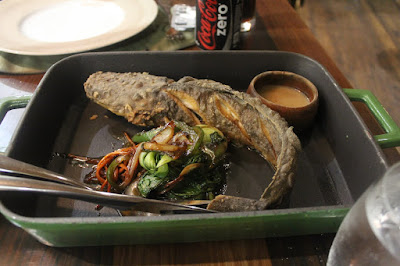 My son also ordered his favorite- Fried Tilapia.
Just like the catfish, the skin was crispy due to the
thin layer of breading,  and just as  juicy and tasty. 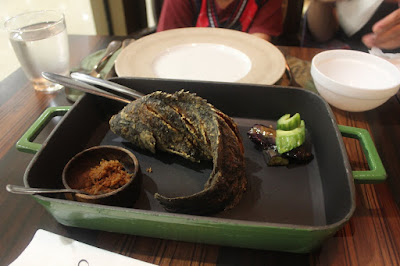 Since this was a Kapampangan restaurant we ordered Sisig,
as this dish originated from this region. It did not disappoint.
The crunchy bits of pieces of meat turns deliciously gummy
when chewed, and had a mild delightfully sour aftertaste. 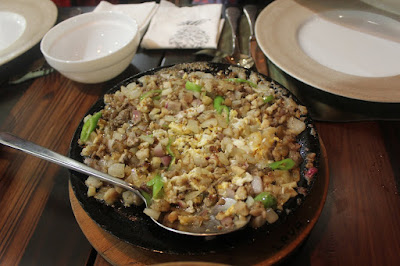 The Dessert Platter was a hit. 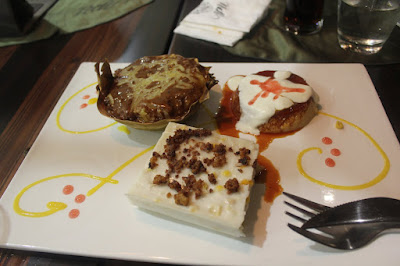 There was a delicious Maja Blanca,
classic an unadulterated version, 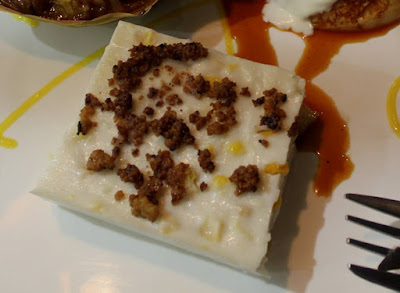 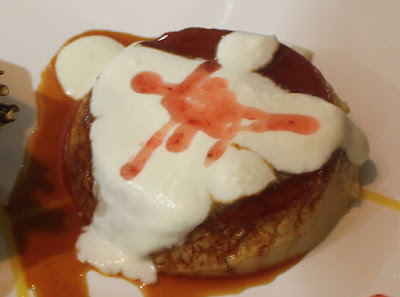 …the native Biko, a suman like rice cake was served
piping hot and bathed in rich, creamy chocolate sauce
lava cake style, and it was, o, soooo divinely delicious. 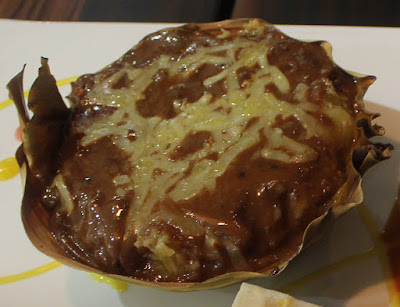 This lunch Apu Authentic Filipino Restaurant is our most
worthwhile dining experience at the City Of Dreams Manila.


Read my other City of Dreams Manila blog series