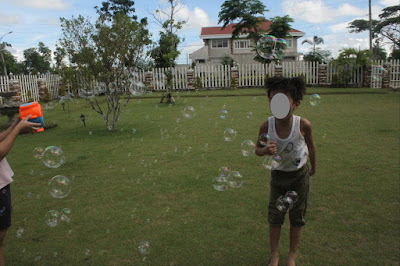 I hopped on the car intending to buy Andok’s lechon liempo but
could not get a parking space as it was located on a busy  main road.
I turned to the peripheral street that led me to Baliwag Lechon. stall. 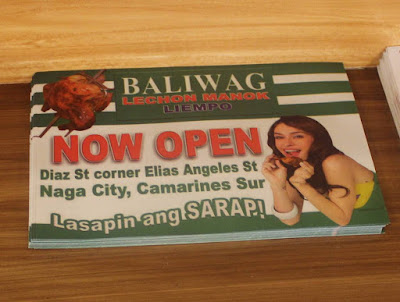 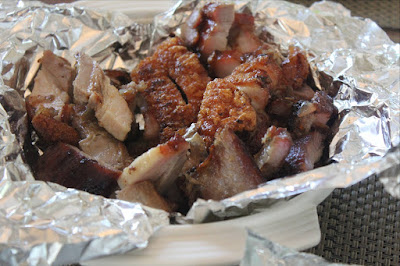 …and when I found out that they also sell
Steamed Dumplings, I also ordered some, 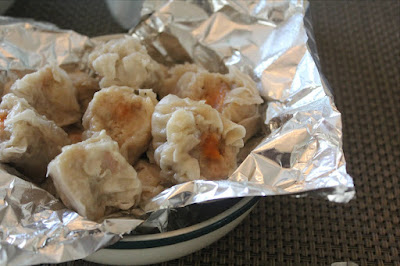 …and had them wrapped up to go. 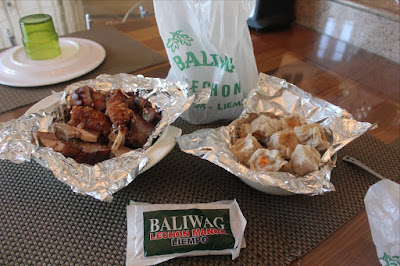 The Baliwag Lechon Liempo skin had a  puffed- up chicharon-
like appearance yet, It  wasn't crunchy, but rather a bit leathery. 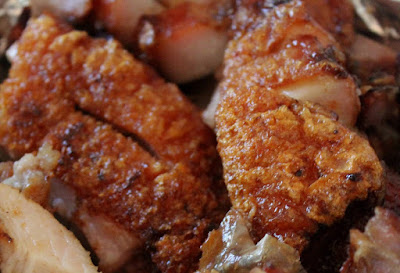 The flesh was chewy but tender, and had a very
minimal subcutaneous fat.  It appeared to have
been pre- marinated before being roasted and
had a delightfully delicious cured ham aftertaste. 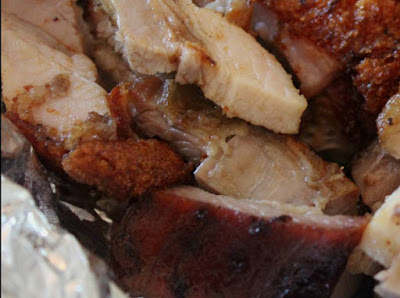 Baliwag Lechon Liempo is a notch higher
compared to Andoks, that I find a little salty. 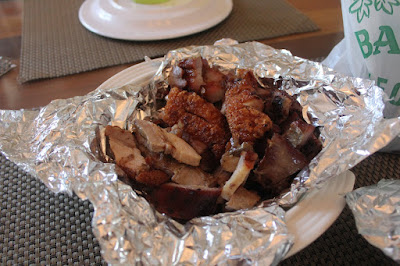 The Steamed Pork Dumplings, popularly known
as Pork Siomai, had a firm and rubbery texture, 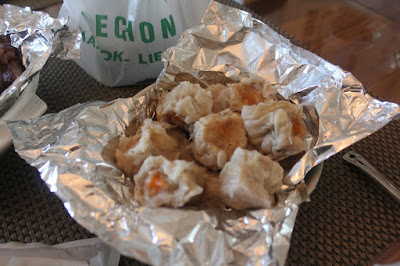 …one could feel the bits a pieces of meat
when eaten and was very, very delicious. 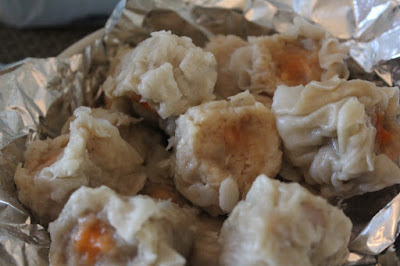 The Lechon Liempo and the Pork Siomai
came with their respective sauces, but there
is really no need them as they both taste good
and could be eaten without anything on it. 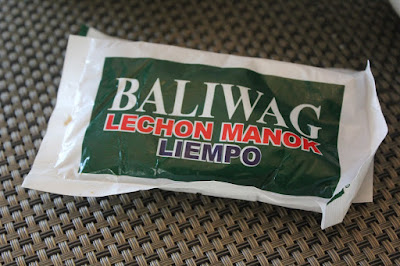 Baliwag Lechon Manok and Liempo is a
perfect fast food alternative for people
needing quick and hearty food to go.