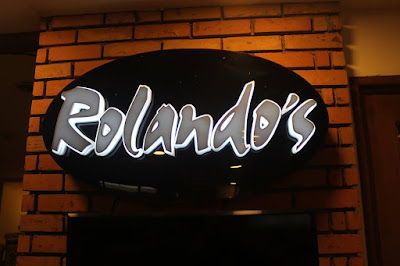 Except maybe for mostly fast- food chains and mall based
restaurants, we are aware that most dining establishments
are closed as Filipinos traditionally stay home, because of
a superstition that spending on the  first day of the year is
bad luck- as one would end up penniless the whole year. 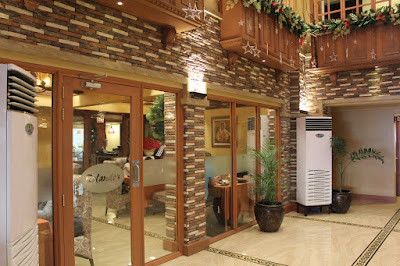 Everyone wanted to eat Chinese food, so we went directly to
Rolando’s Café at the Villa Caceres Hotel as the restaurant
is known to serve some of the best Chinese dishes in the city. 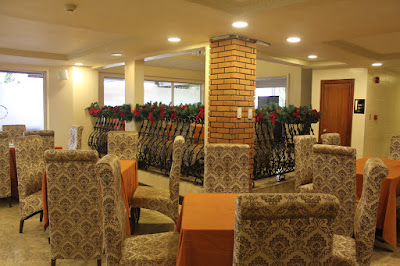 Rolando’s Café was located just across
the newly renovated Rose Garden which
was gaily decorated for the Christmas season, 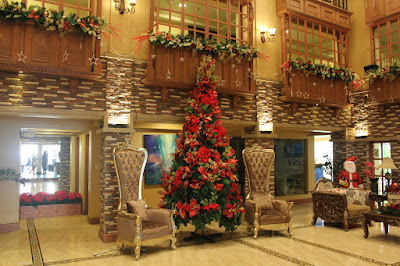 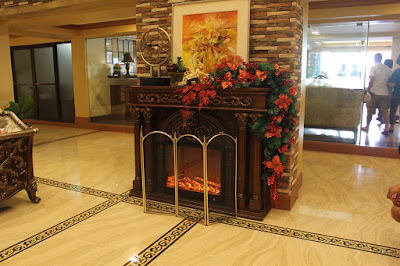 …and we took advantage of having
some of our holiday photos taken. 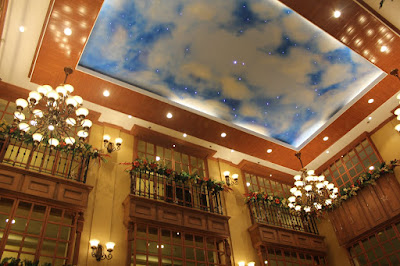 We started our meal with Hot Prawn Saladfor an appetizer.
This was surprisingly very delicious. The deep fried prawn
was piping hot, lying in a bed of ice cold fruit salad and crisp,
fresh, green lettuce. I believe it was a Ying and Yang inspired
dish which resulted to a naturally perfect blending of contrary
forces, hot and cold, that deliciously complemented each other 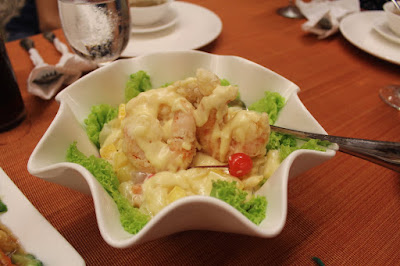 The Mixed Seafood with Century Egg was beguilingly tasty.
The thick soup was delightfully reeking with eclectic flavors of
various seafood with a hint of the pleasantly rancid century egg. 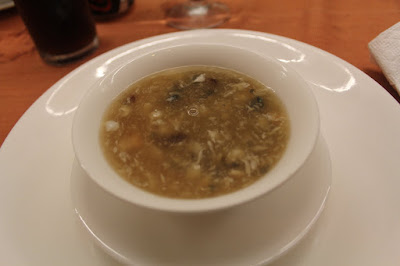 Rolando’s take of our all time favorite Chinese dish,
Sweet and Sour Pork made of deep fried, tender pork
loin, with assorted fresh vegetables, bits and pieces of
pineapples, bathed with sweet and sour sauce, and topped
with spring onions, can only be described as nothing but
a culinary perfection and masterpiece of this popular dish. 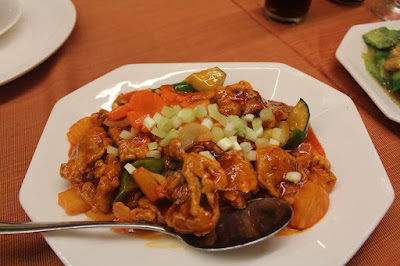 The Ampalaya with Shrimp was intensely delicious.
The stir fried bitter gourd was not overcooked and very
fresh and crunchy. There was generous amount of plump
shrimps and bathed with sweet and savory black bean sauce. 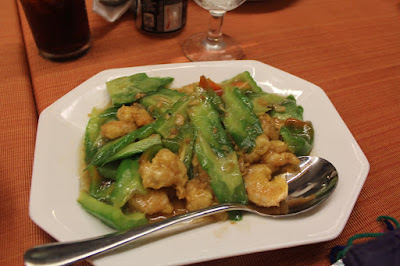 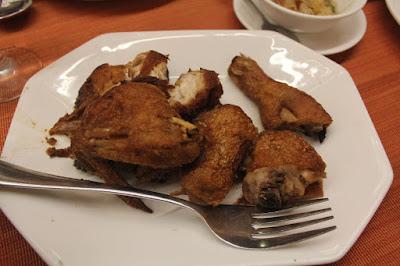 It was a full an satisfying meal, 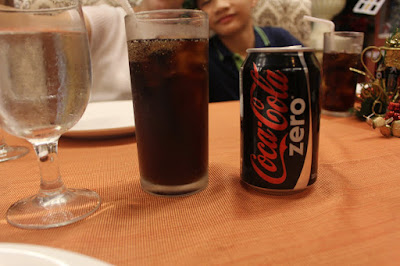 ...just fitting for our first dine- out for the new year.