It is in Cagayan that we found
two of the most spectacular shows
of the natural world that we have
ever seen and witnessed in our lives. 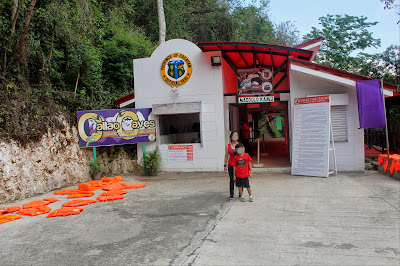 The breathtaking Callao Cave
is the most spectacular natural
wonder that  we have ever seen, 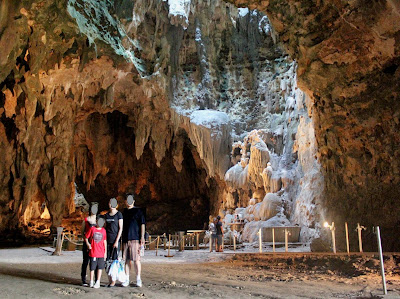 …while the riverside early evening bat
migration is the most spectacular show
of nature  that we have ever witnessed.

It was our penultimate day in Cagayan
and  we drove to Callao Cave located
in Penablanca town late in the afternoon
after a whole day  tour on a rented van. 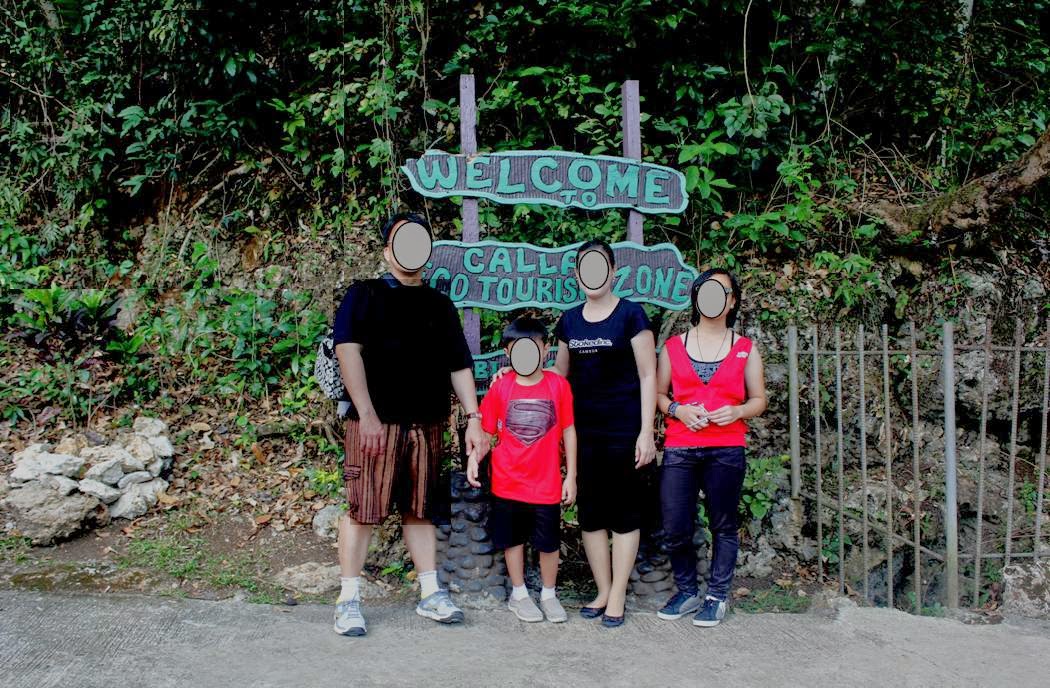 A young and very friendly competent
tour guide accosted us and we decided
to get his services and he took us to
the 184 steps up a mountain slope, 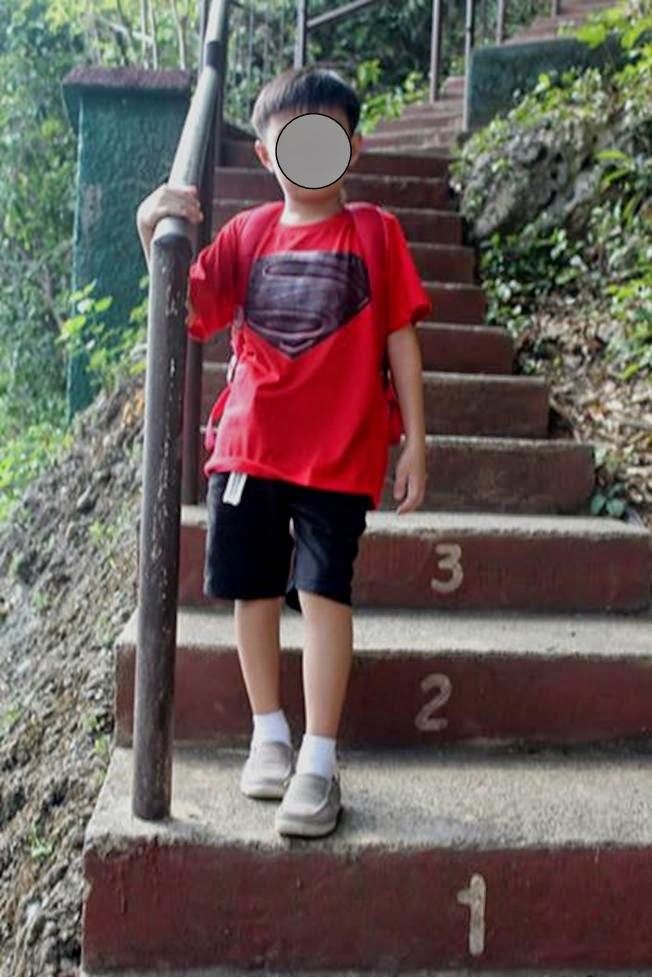 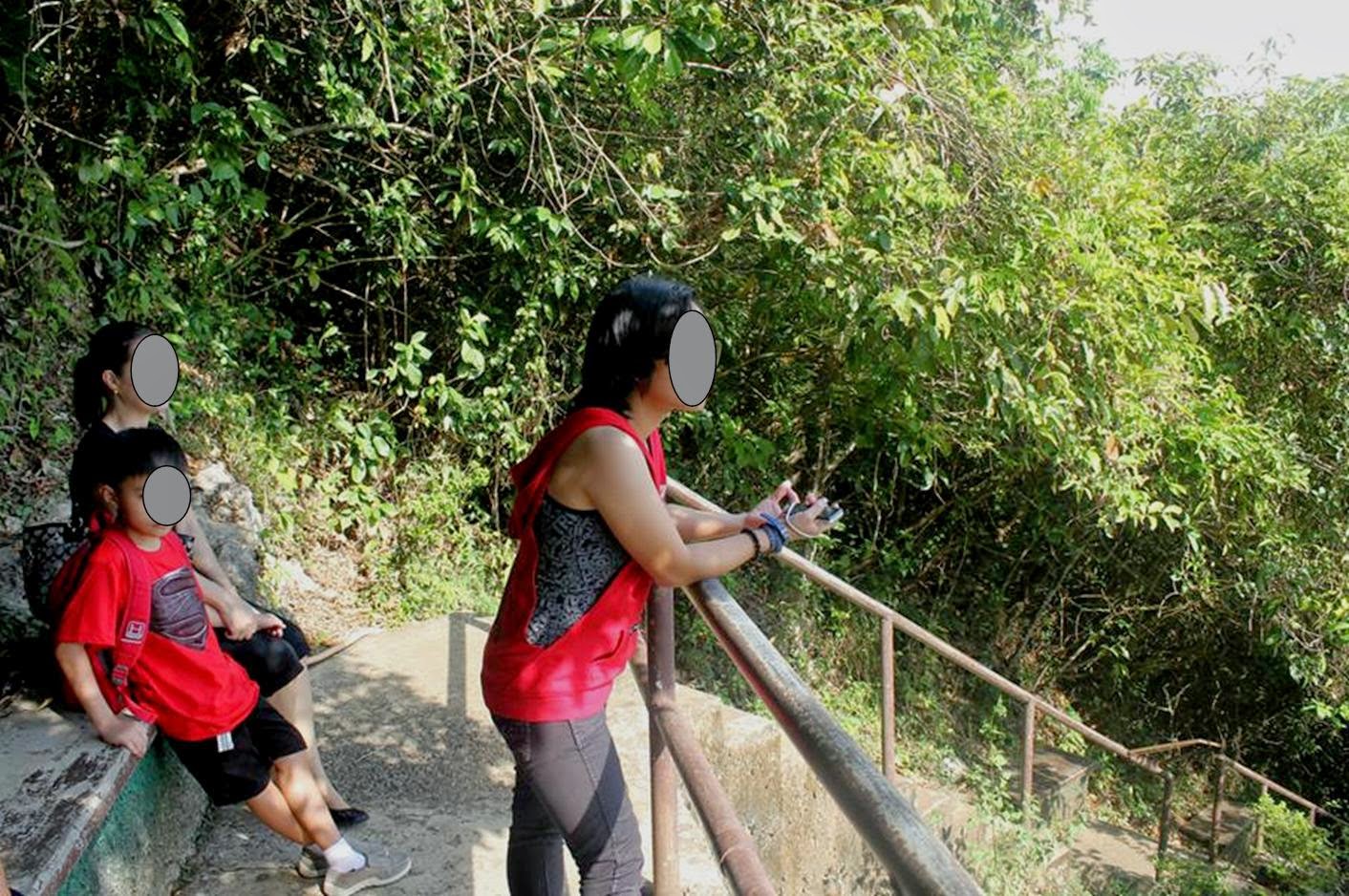 … that leads to the entrance of the cave. 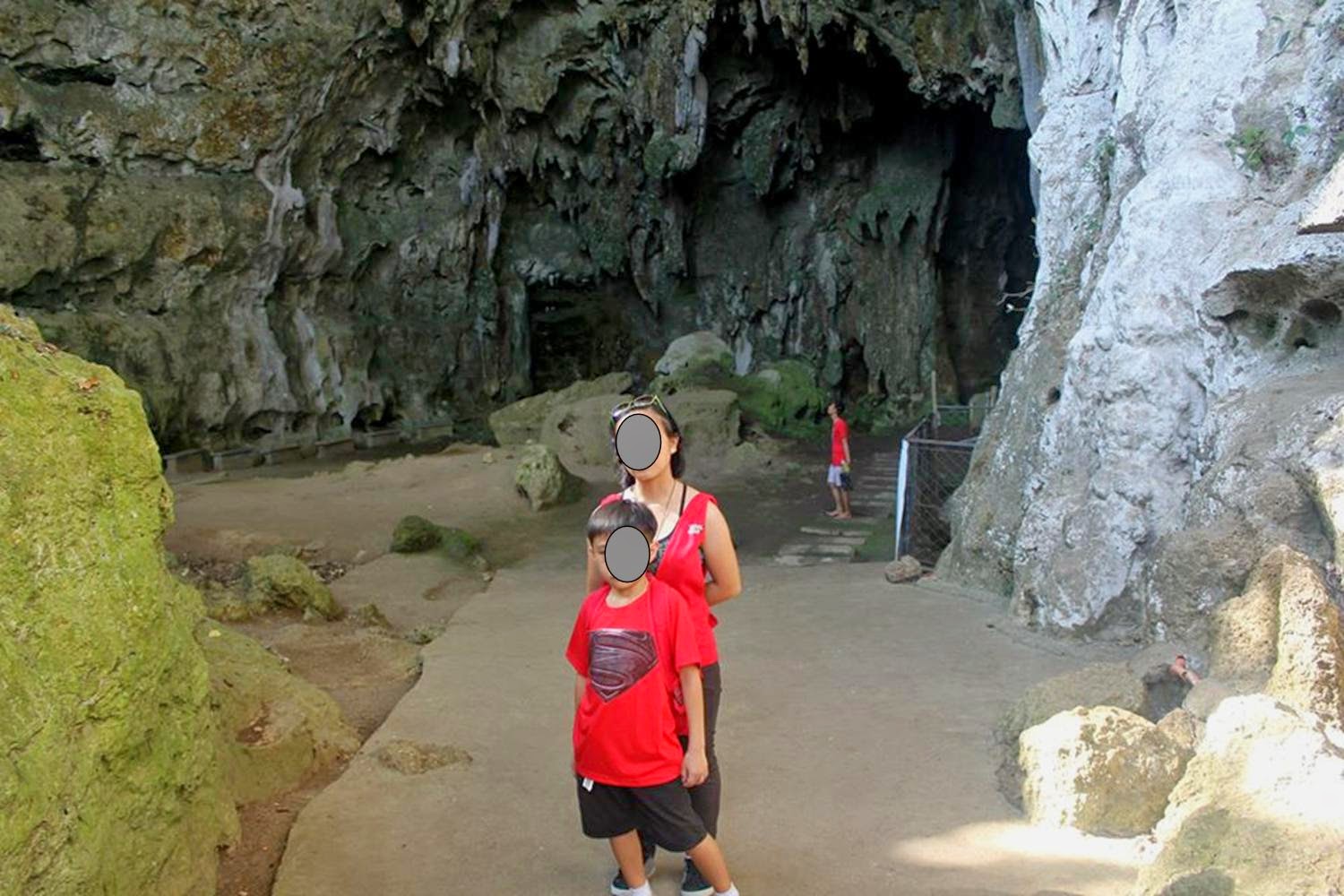 Callao Cave is one of the 300 limestone
caves  the dot the western foothills of
the northern Sierra Madre Mountains, 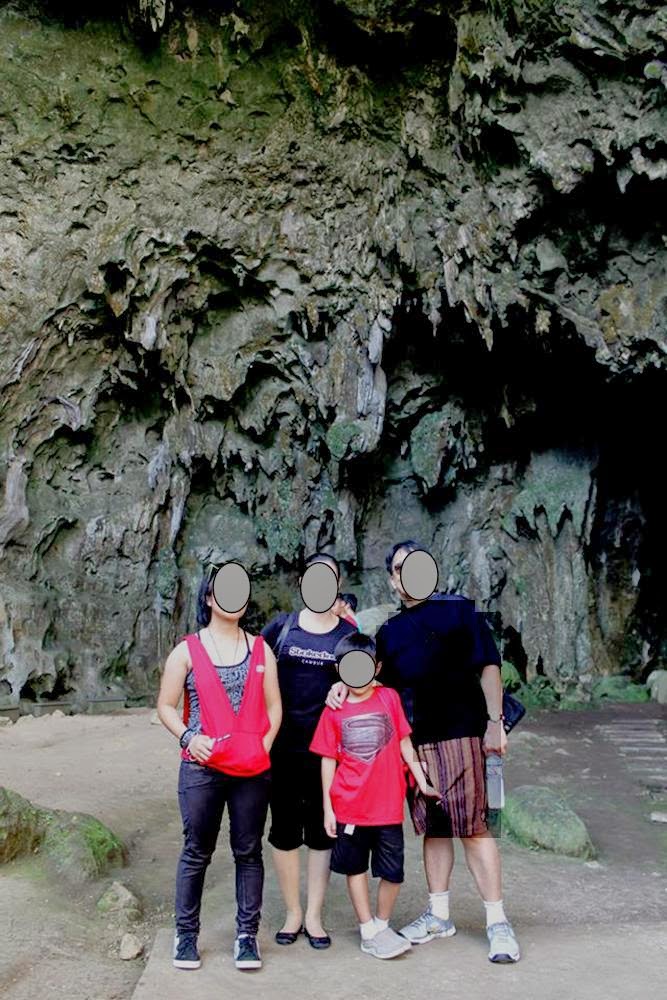 …located in the municipality of
Penablanca and it is the best known
natural attraction of the province.

Near the entrance was an excavation site
where the 67,000 years old fossilized
metatarsal bone of a Callao Man, and
is supposed to be the oldest human remains
of the earliest inhabitants in the Philippines. 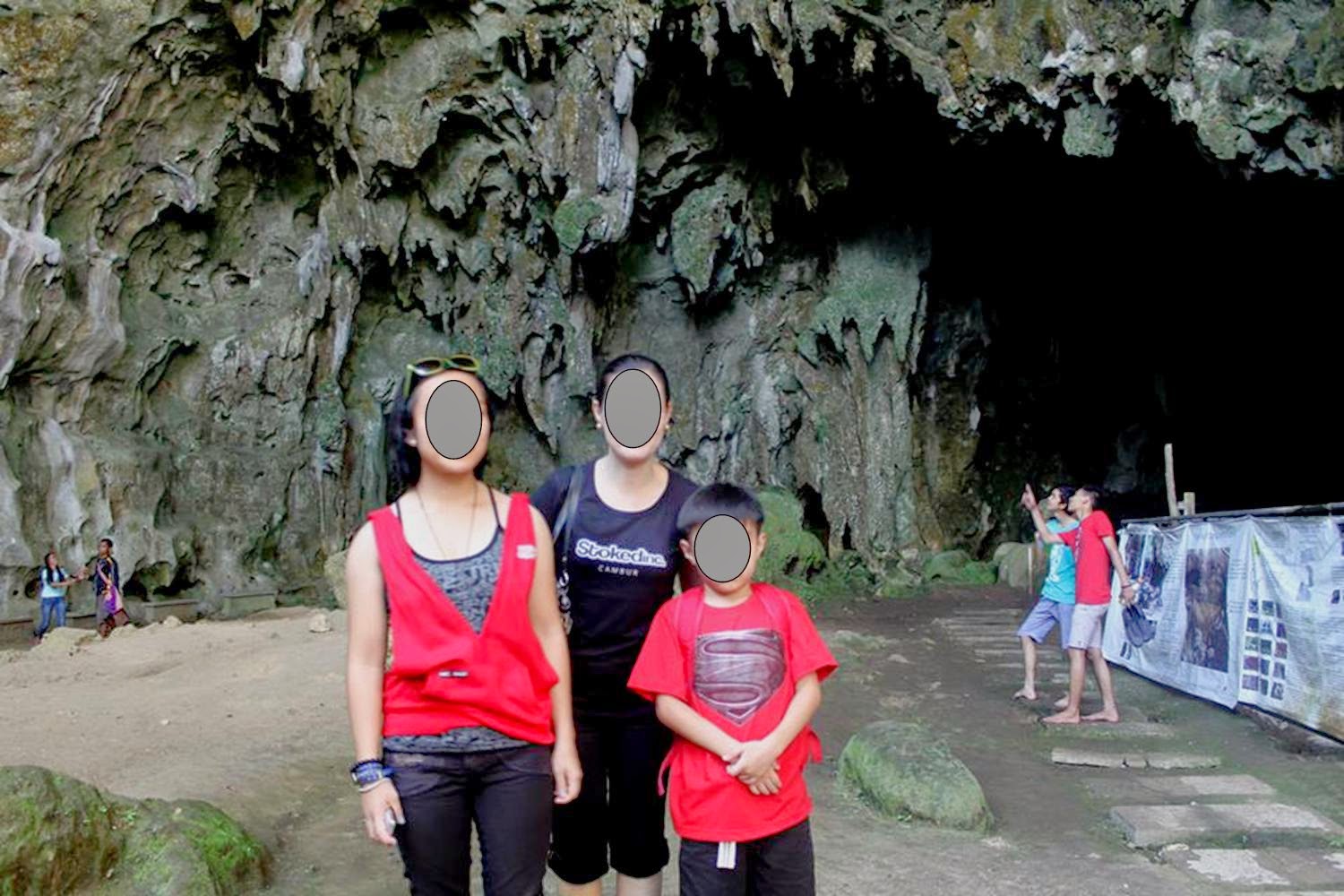 Pronounced as “Ka- law”, it was then that
my teen daughter realized that it was the
one taught to them in school, as we have
been wrongly pronouncing  it as “Kal- yaw”. 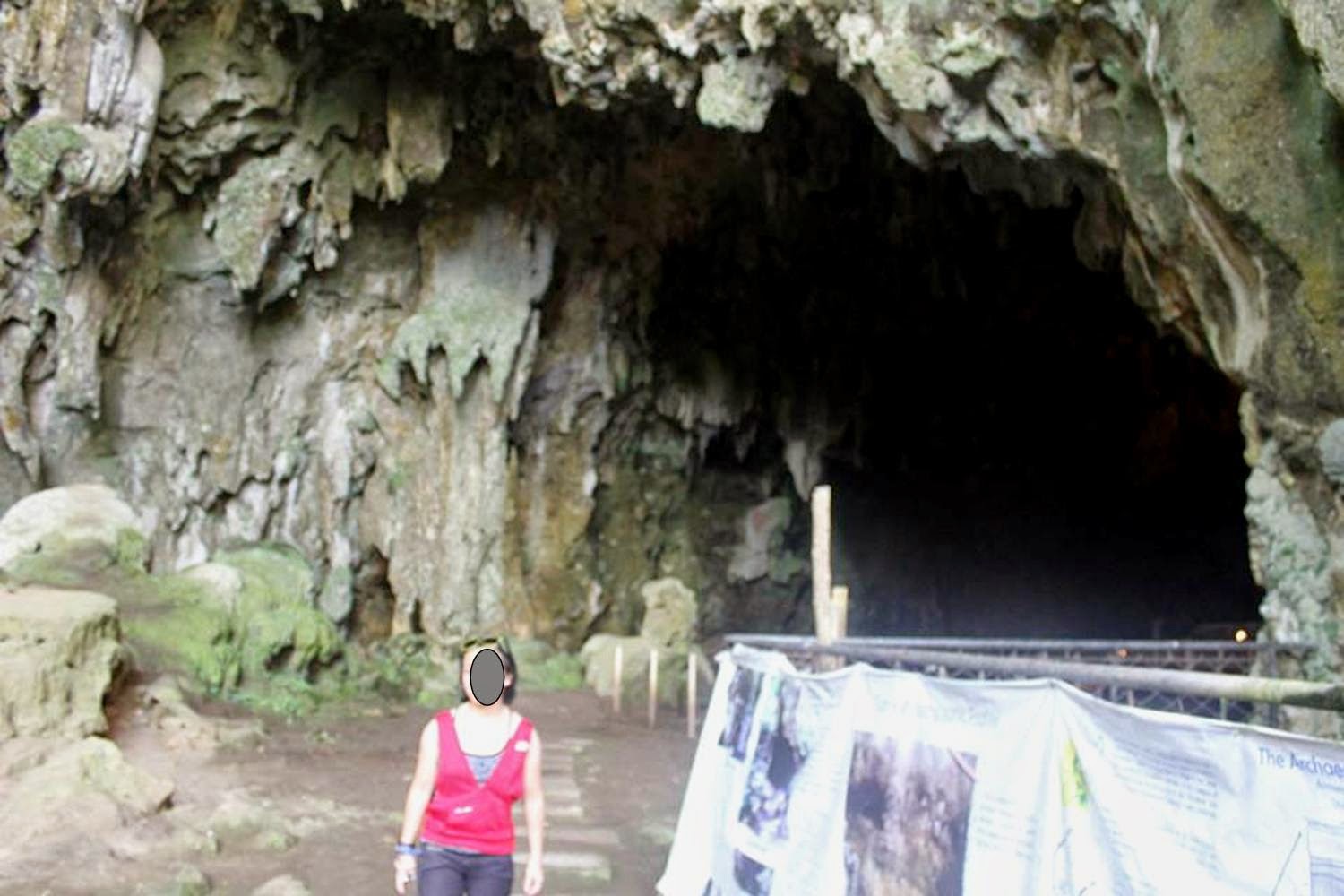 The first chamber was apparently the
largest room which is about 160 feet
in width and with a height of 119 feet.

The cavernous chamber
was a sight to behold,

…and a rock formation was turned to
a beautiful natural  backdrop of an altar,

...of a man made makeshift chapel, 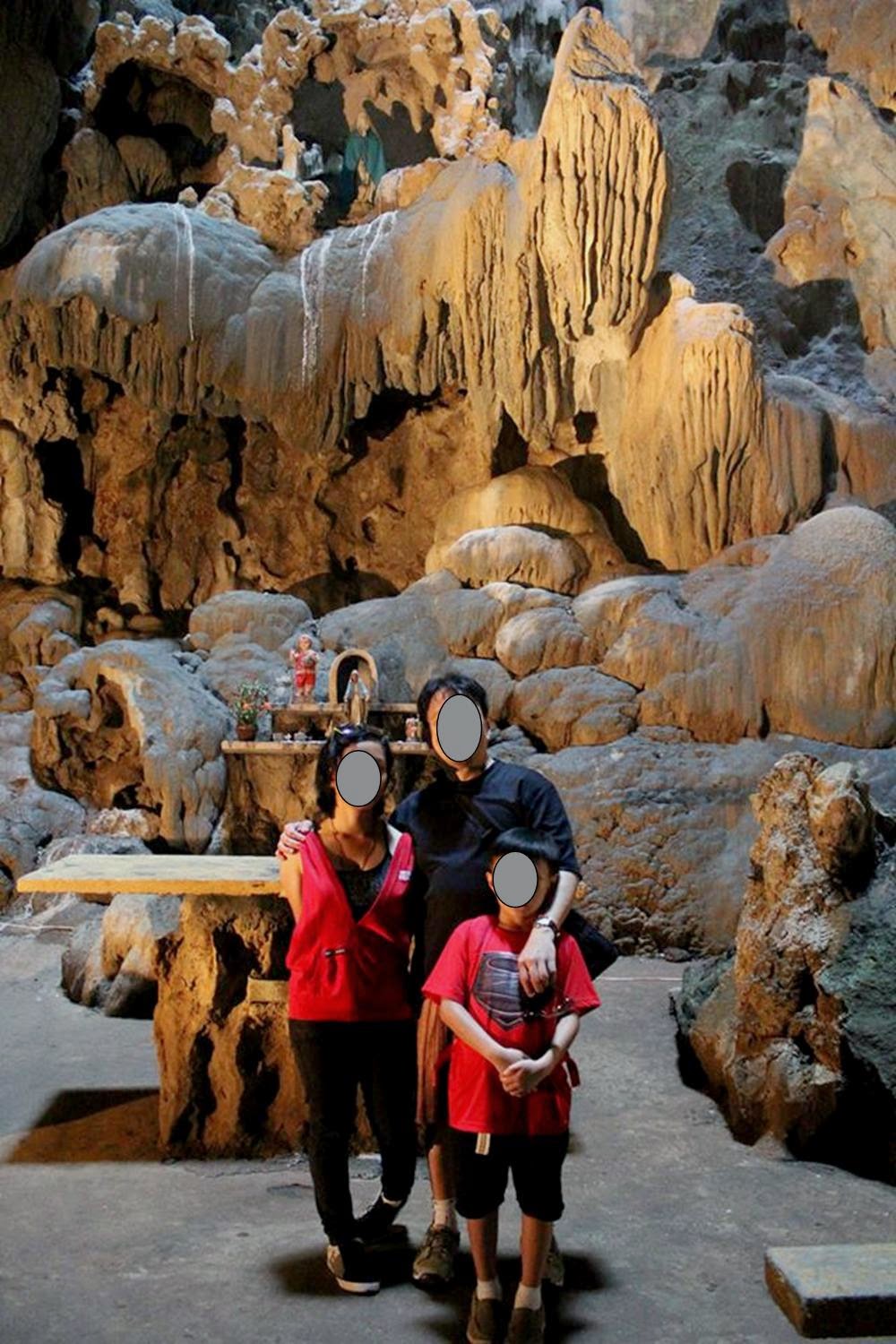 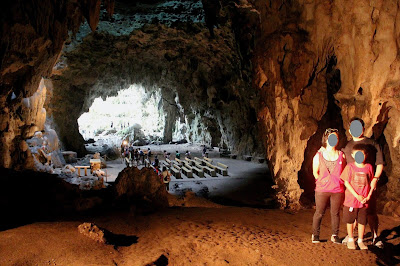 …and dramatically lit by a stream of
light coming from a roof top opening.

The second chamber was located a little
bit higher where there were more extensive
stalactite and stalagmite formations, 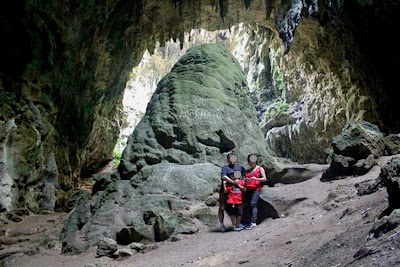 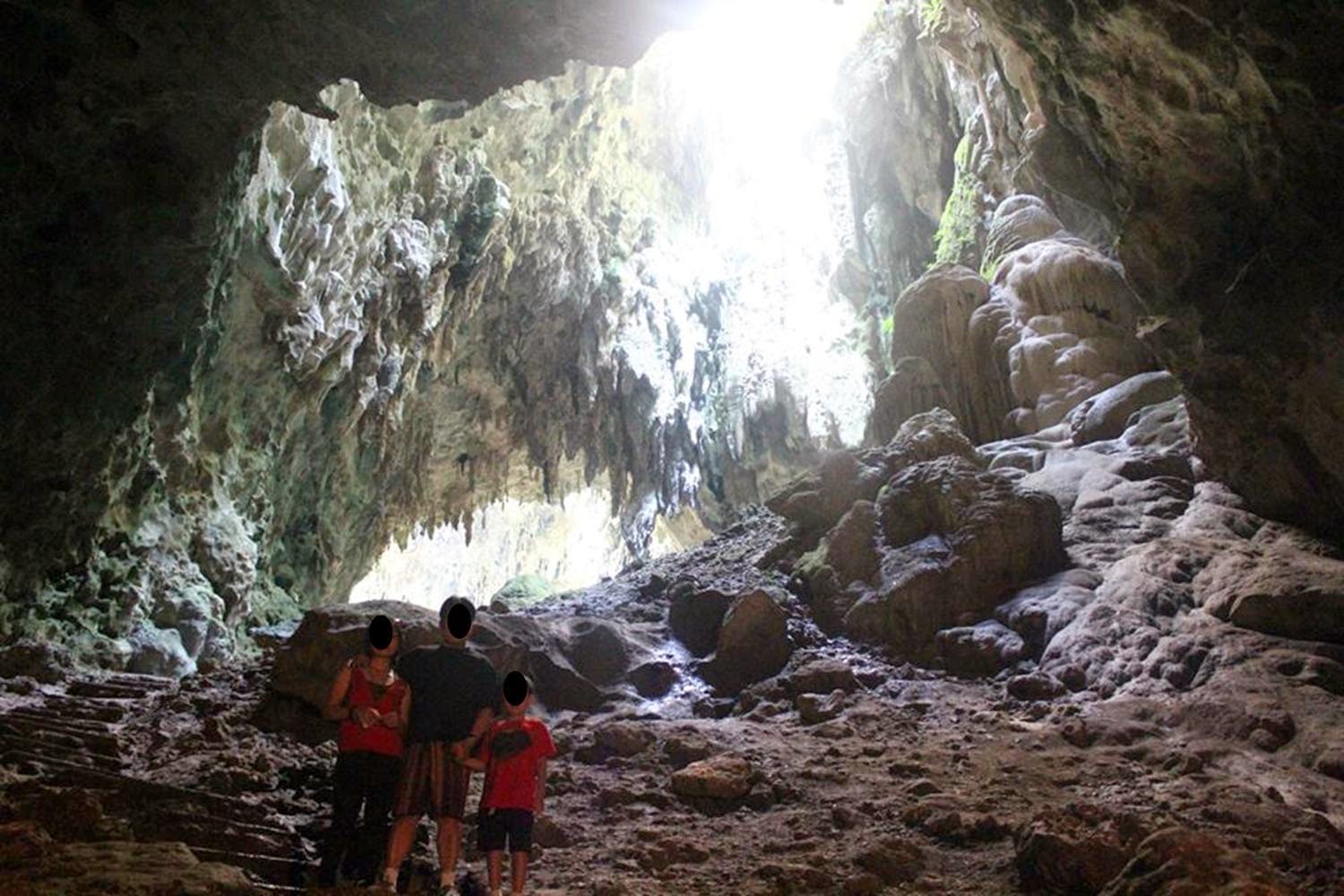 …that our tour guide likened to
images of baby Jesus in a manger, 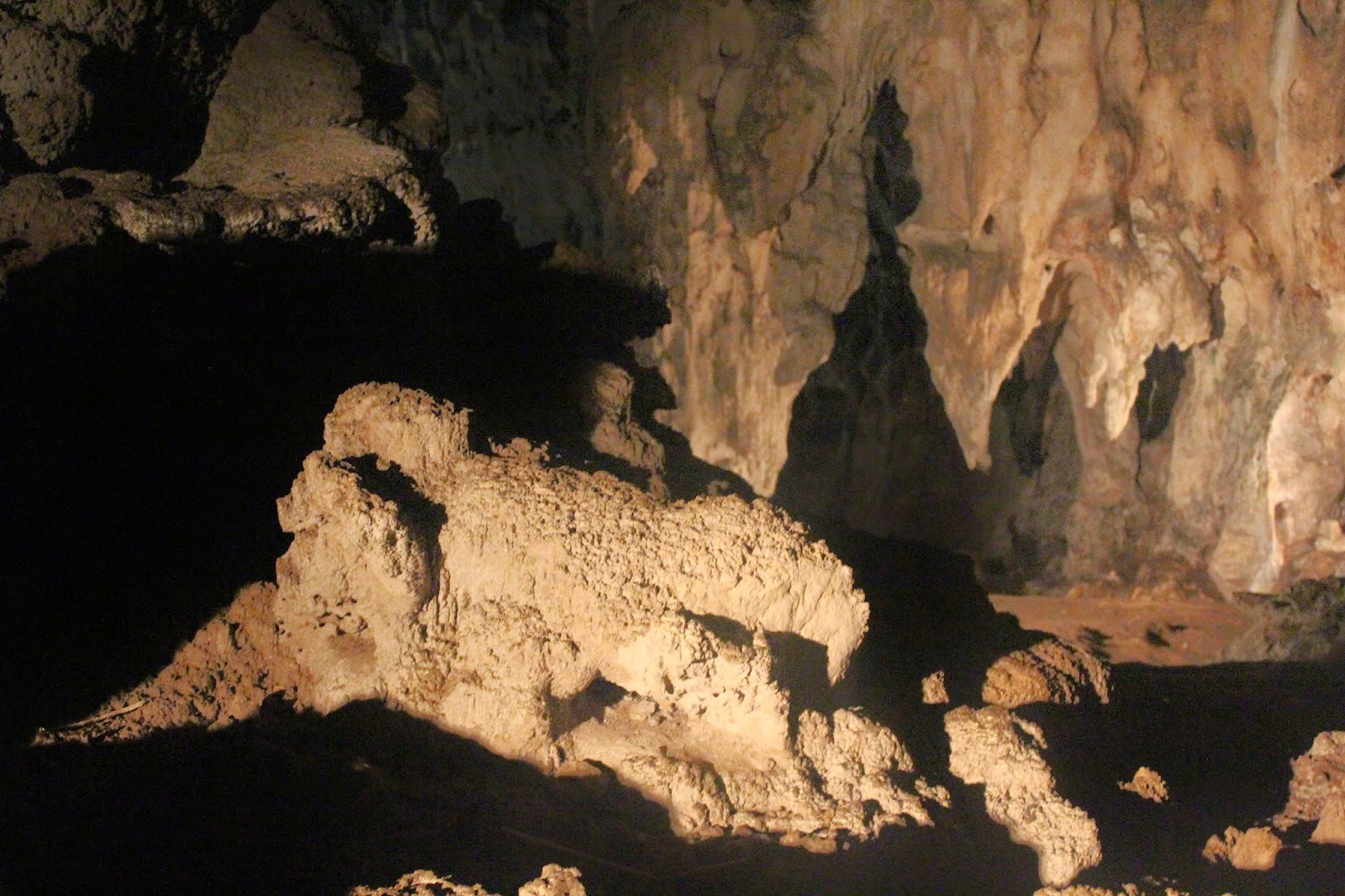 ...and the Three Wise Men
visiting him,

…and even Jesus Christ's face
wearing a crown of thorns.

The third chamber was located way down
and since we had young children with us,

…we decided not to go down there
anymore and contended ourselves by
just taking photos from the second chamber.

Inside the cave was cacophony of beautiful
spleothems including glittering crystal helictites. 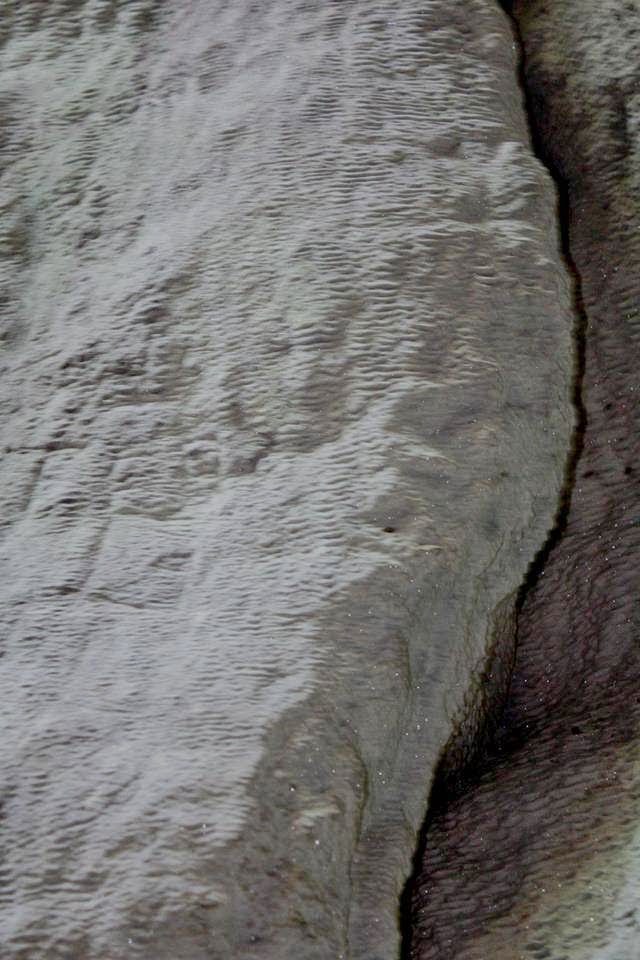 After visiting the Callao caves,
we took a river cruise in a boat
at the pristine Pinacuanan River.

The river snakes thru a scenic wall
of limestone mountains on both sides, 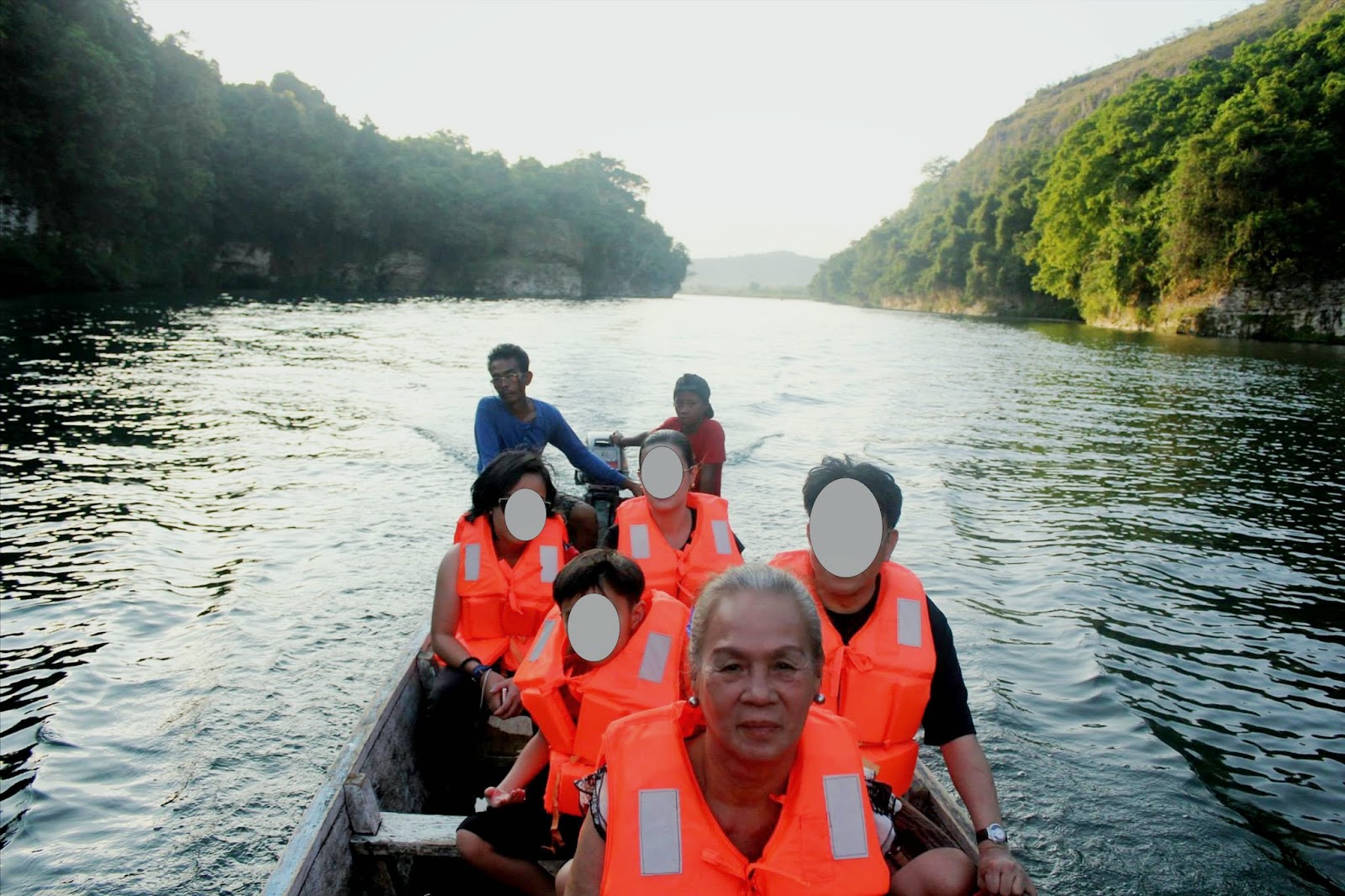 …and it is on these rocky virgin mountains
where the the town of Penablanca was named, 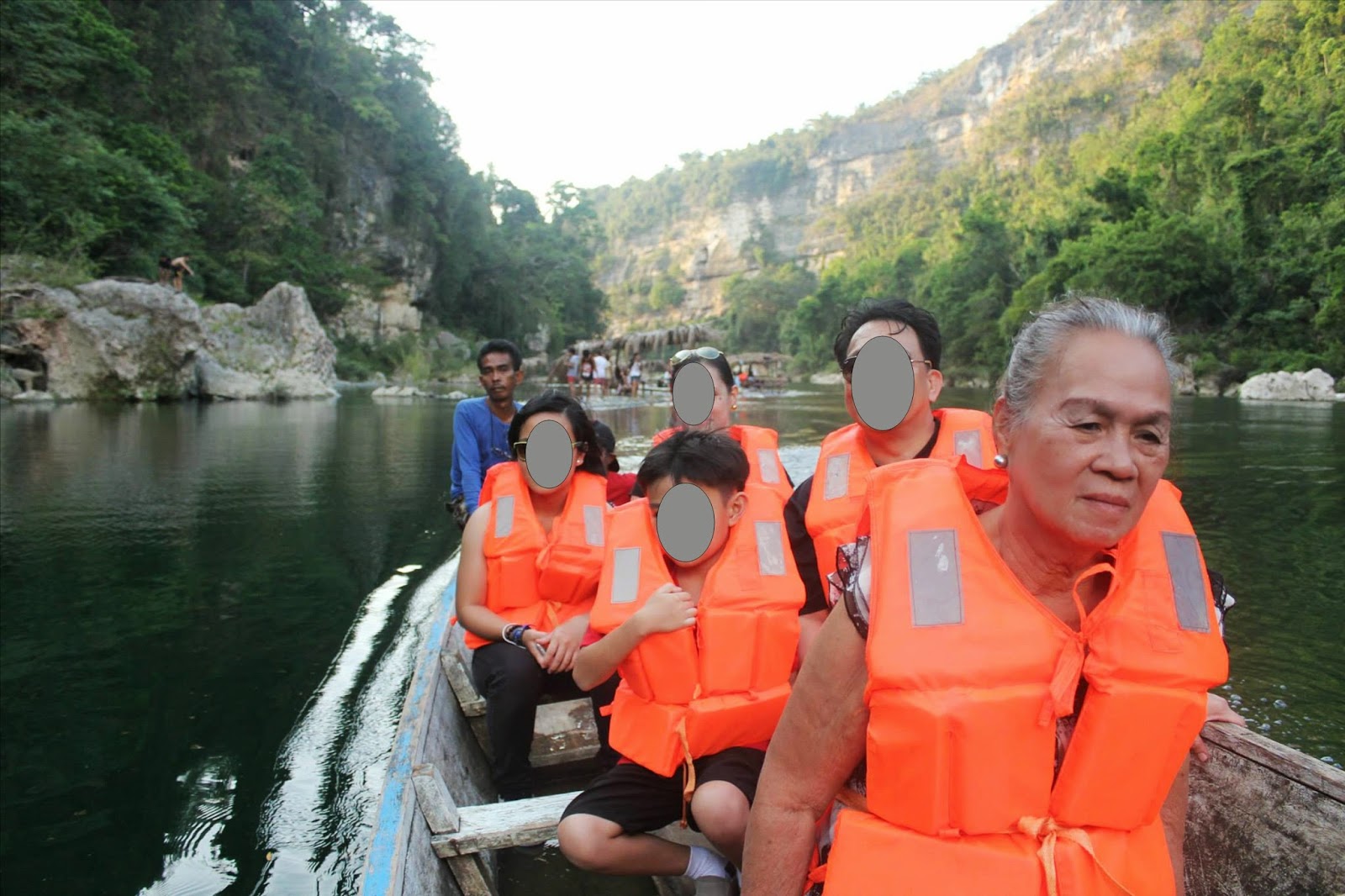 …the Spanish word for white rock. 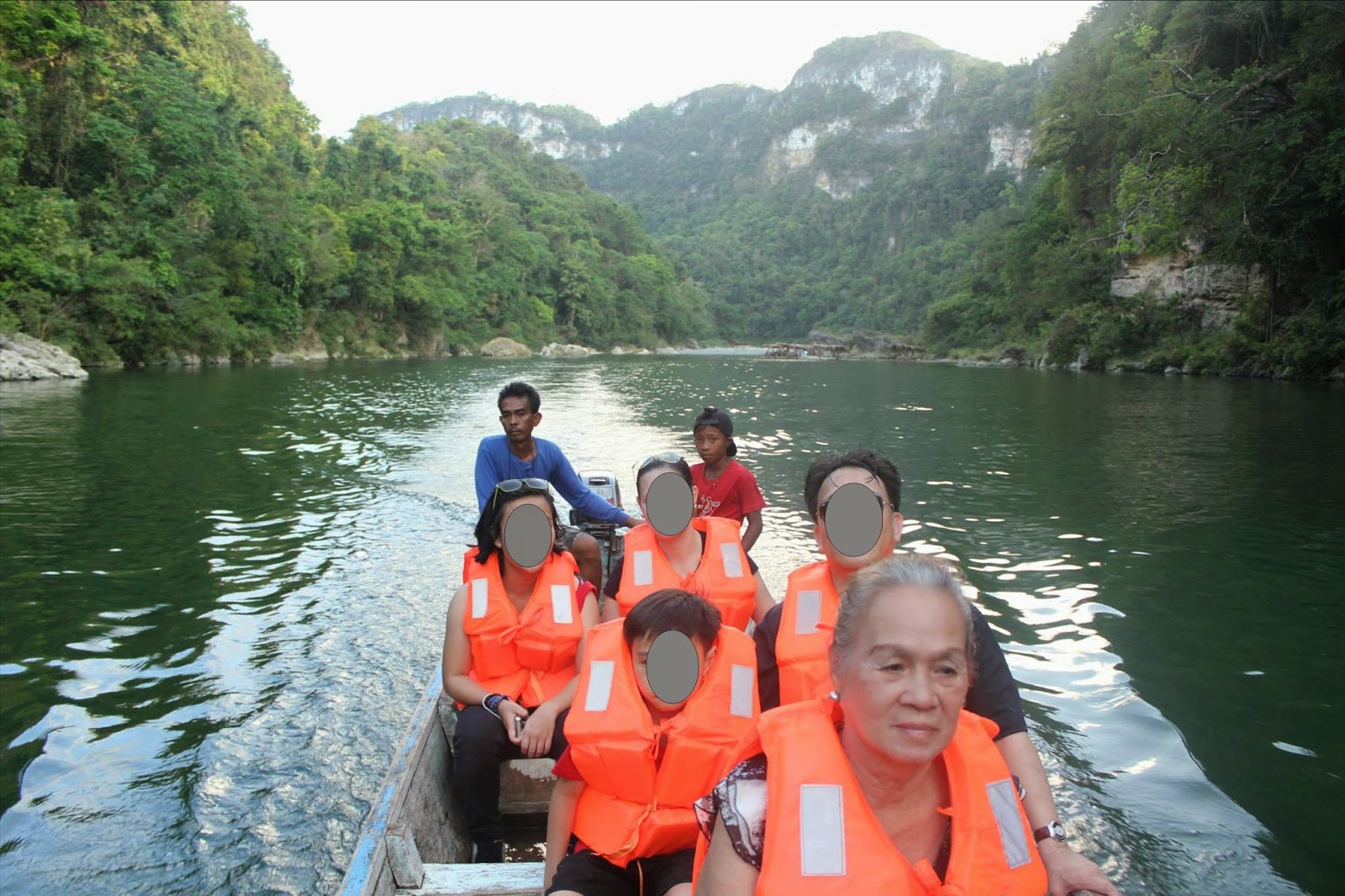 The river reminded of  the beautiful
Cagayan de Oro River, where we had
a  white water rafting adventure exactly
a year ago but without the turbulence.

We then docked at the sandy
shore just below the bat cave, 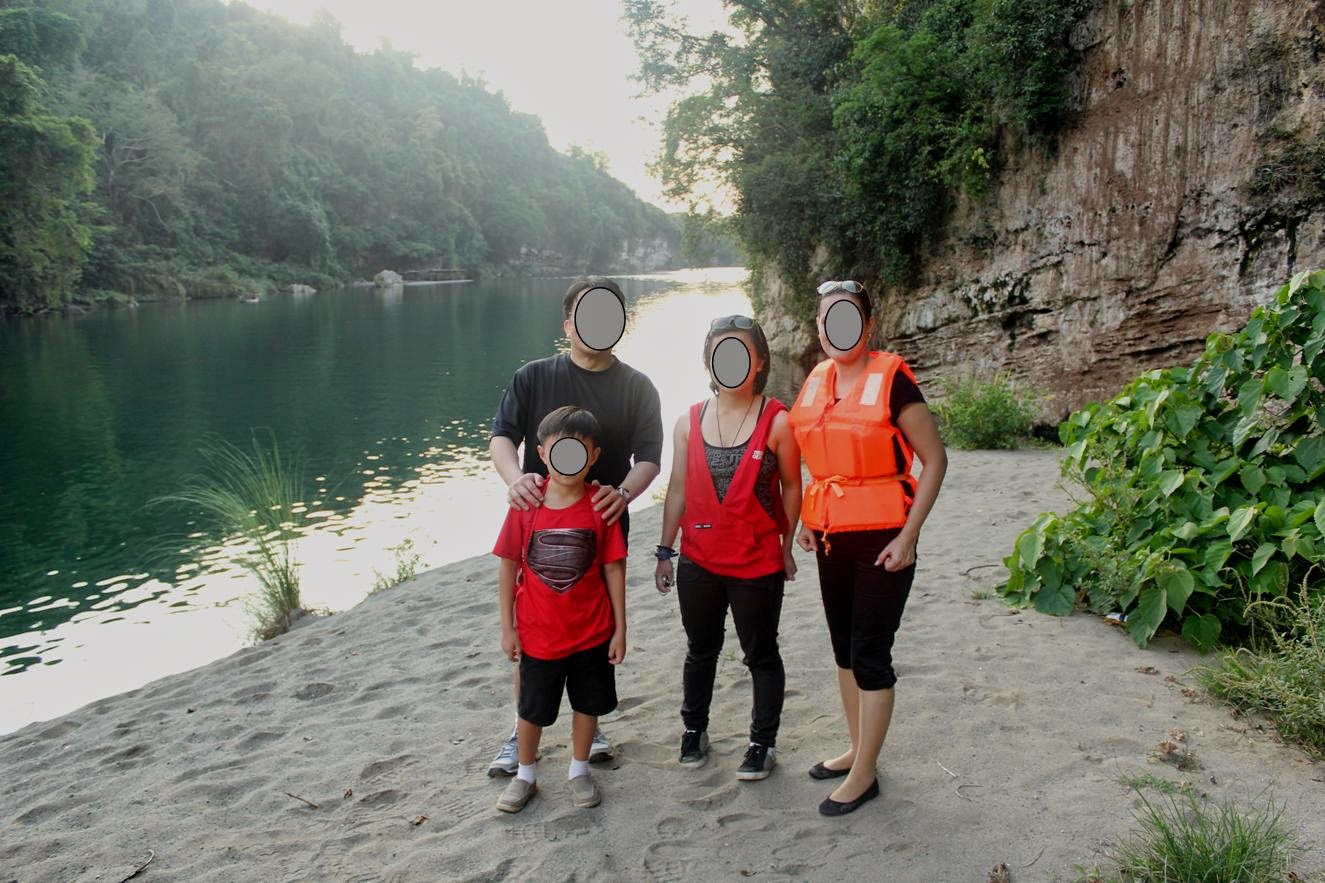 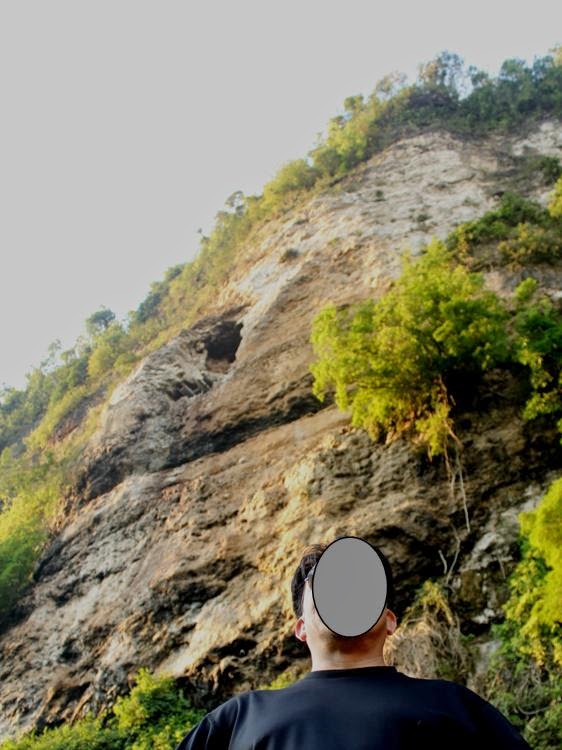 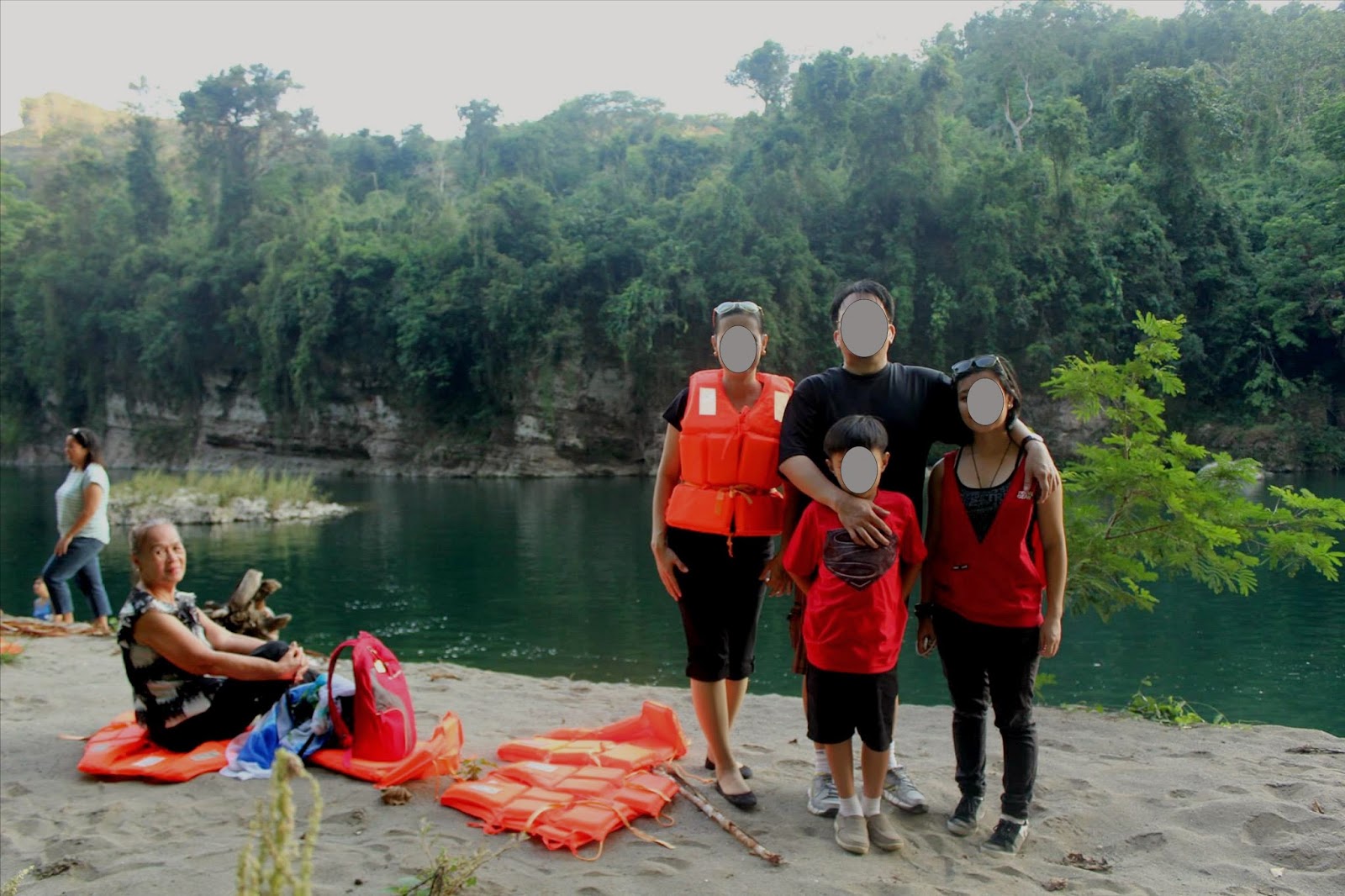 …and patiently waited
for the bats to appear. 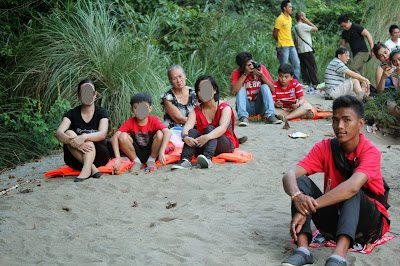 There were several eagles hovering  in the sky
and our tour guide informed  us that the eagles
are bat predators,  and their presence is
a sign that the  migration would soon begin. 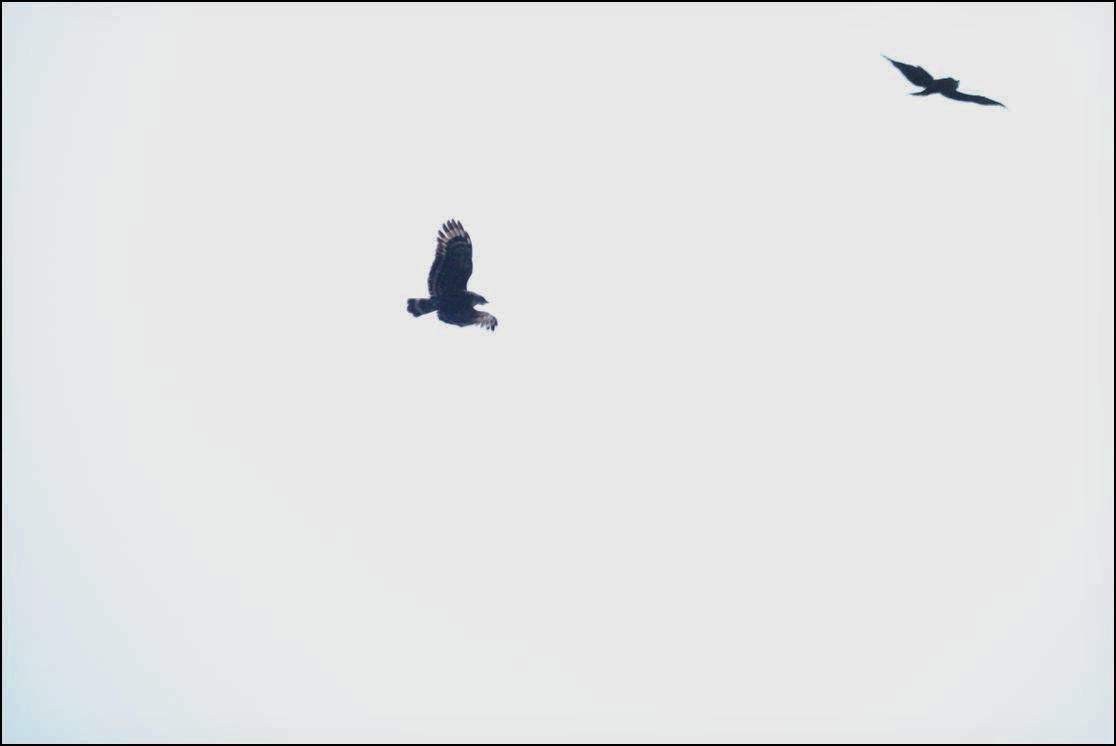 Then- the bats started to appear,

…then it was followed a steady
stream of bats coming out of the cave,

…and a deluge of millions and
millions of insect bats rushing
out of the cave opening,

…that it appeared like a living
and breathing volcano crater,

…spewing out black smoke
that trailed up to the sky,

…leading to the infinite horizon, flying up
high as far as your eyes can see.

The feeling of watching these
nocturnal  creatures inundating
the clear early evening  sky
was indescribably awesome.

If I would put a list of the places
and things that I must visit, see
and  experience before I die,

…then, this is one of them.

Posted by Ramon Caceres at 6:02 PM