After the recent renovation of Villa Caceres Hotel,
it became my family’s favorite dining destination, 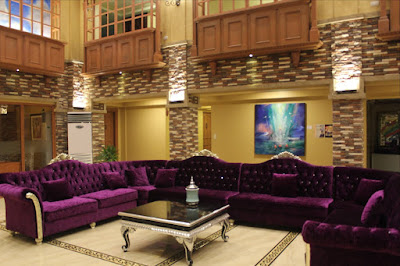 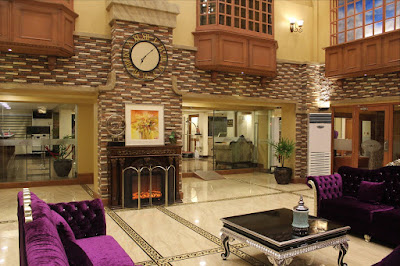 …as the food was delicious and they offer a wide
variety of local and international dishes in the menu. 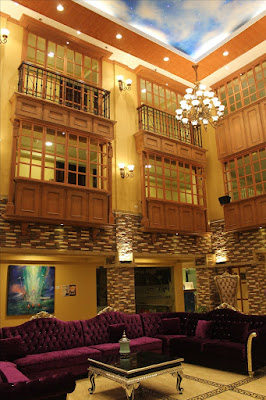 Anne’s Pool Resto is a new addition to the hotel’s growing
number of in- house restaurants that opened simultaneously
during the hotel’s new budget wing inauguration last year. 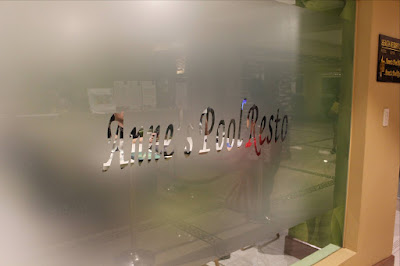 Anne’s Pool Resto is located at the hotel’s
Health Resort Club and has three dining areas. 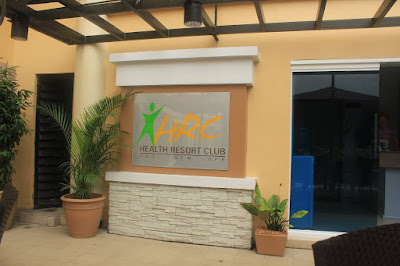 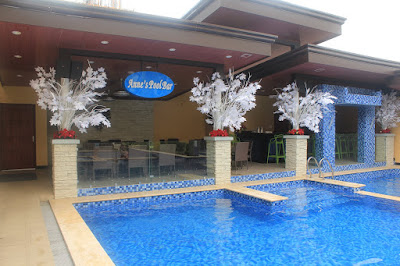 …second is the poolside al fresco area,
both of which were full during our visit, 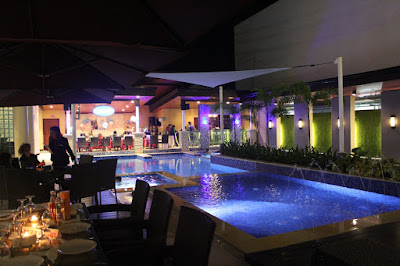 …and third is an air- conditioned indoor dining area,
so there was no other option left for us, but to dine here. 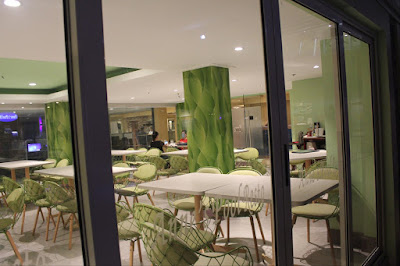 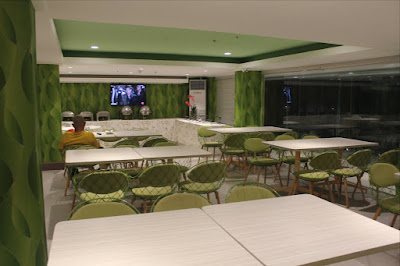 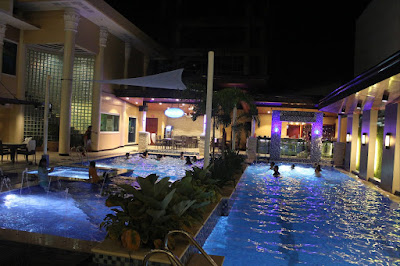 …and the funky music on the ongoing aqua aerobics class
kept us entertained while we were waiting for our food. 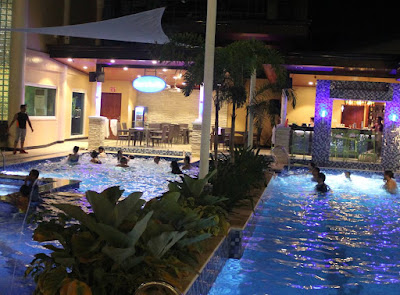 The good thing with the hotel’s in house restaurant
is that you could also order at the menu offered on
other dining outlets like good old  Rolando’s Café. 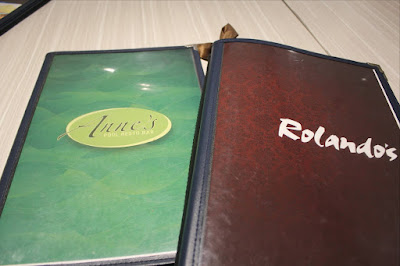 The Sinigang na Baboy was probably the sourest sinigang in
the Philippines. It was so unpalatably sour and almost not edible
that the bowl remained untouched as no one wanted to eat it. 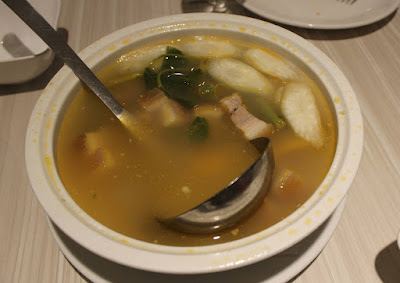 We however enjoyed the delicious Ginataang Kalabasa.
The velvety squash was bathed in creamy coconut milk
and generously interspersed with tasty plump shrimps 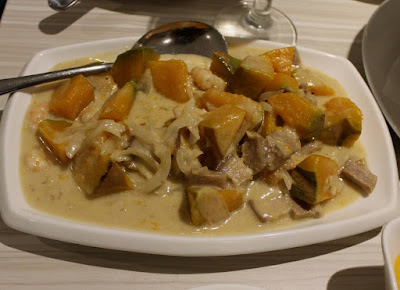 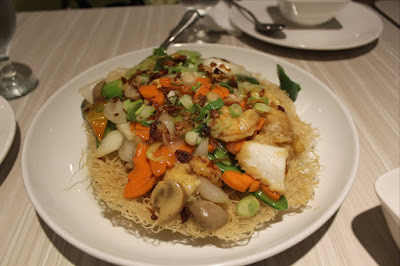 Steamed Lapu Lapu in Ginger Sauce is one dish that
I believe would keep us coming back in this restaurant.
The steamed grouper tasted so naturally delicious with just
a delightful hint of ginger, devoid of any artificial flavoring. 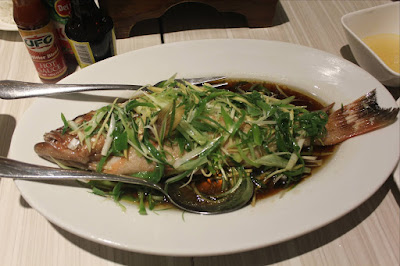 We all loved the Assorted Seafood with Sea Moss in Hotpot.
It was a merry mix of various fresh seafood like plump shrimps,
chewy squid, tasty fish nuggets including the deliciously slimy
sea cucumbers. They were cooked in a hotpot together with
veggies and mushrooms. It was sprinkled with sea moss that gave
an exquisitely pungent taste to the extremely flavorful concoction. 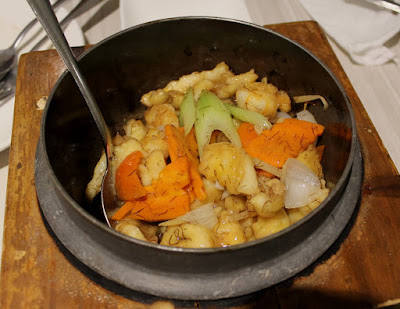 The classic Waldorf Salad it was made of fresh apples,
celery, grapes and walnuts, dressed in mayonnaise, and
served on a bed of lettuce It was intended as bir appetizer,
but we decided to set it aside for dessert. We found it too
temptingly sweet  and it may end up ruining our appetites. 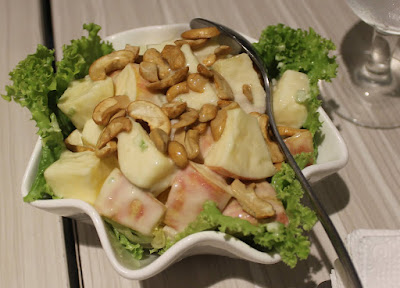 I may have not been very positive in my reviews on
Villa Caceres Hotel in the past and I have avoided
featuring in- house their restaurants in my blog. I did
not want to end up negatively criticizing an institution
that pioneered the hospitality business in Naga City. 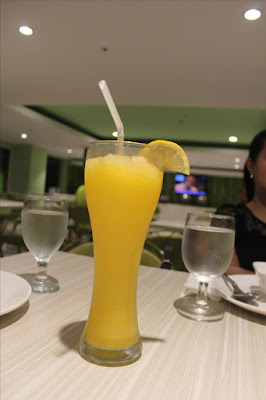 This time however, Villa Caceres Hotel has improved
by leaps and bounds, and I am gradually becoming a fan.
It may still have not reached the level of sophistication
of Avenue Plaza Hotel, and may never be able to do so,
but I am very pleased of what they are doing right now.