After was raving like crazy on the very delicious
Shakey’s Christmas Ham Pizza  in my past blog, 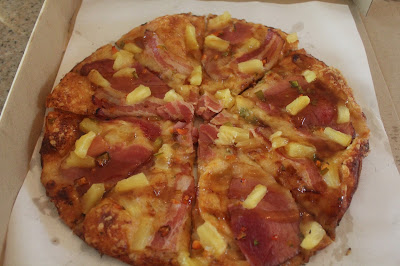 …so I was over- excited when they came out
with Scallop Primo Pizza this Lenten Season. 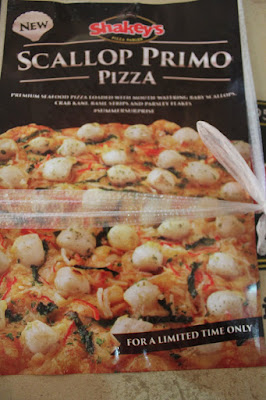 It was one of those lazy Sunday afternoon, 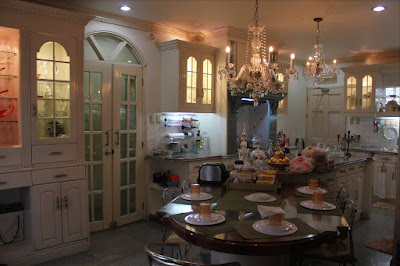 ... where everyone was too tired to cook, and we needed to
have a good dinner  so we decided to try Shakey’s delivery, 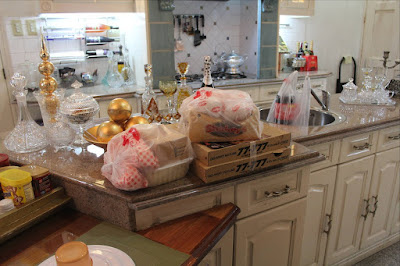 We ordered a full pizza and pasta meal, 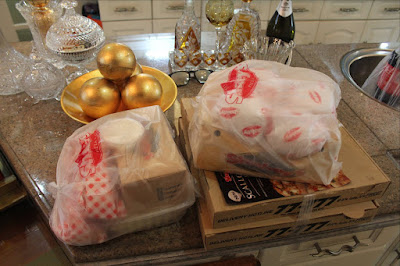 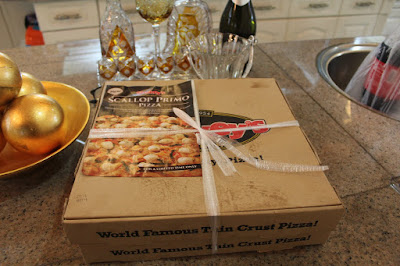 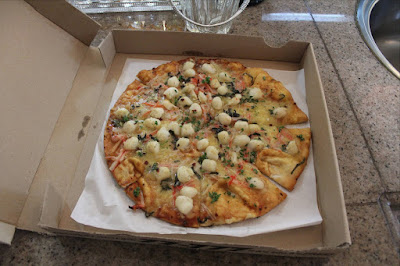 This seafood pizza was topped
abundantly with  baby scallops, 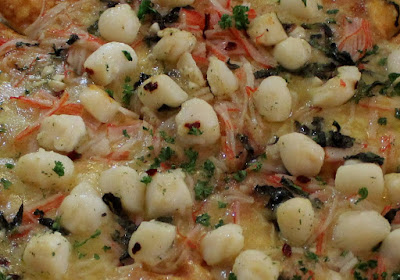 …which appeared and tasted like mini- fish balls
suspiciously similar to those sold in the streets. 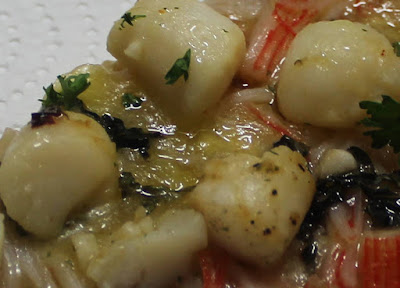 There were also crab kani strips, 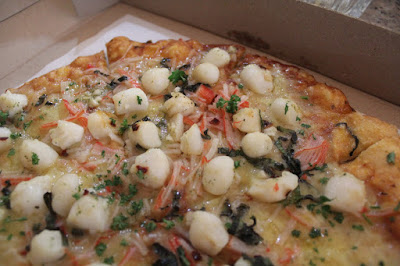 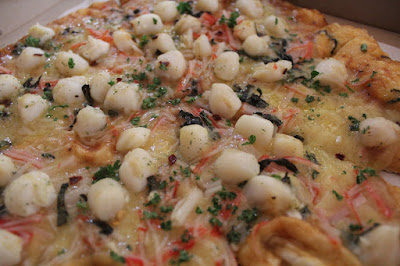 A dash of chili flakes was added for some extra kick,
but did not help in anyway as the pizza was repulsively salty. 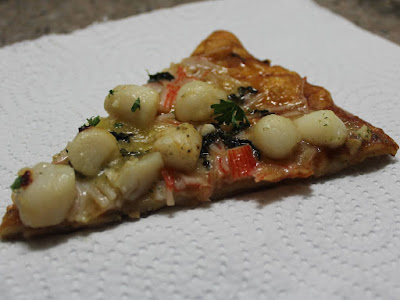 Shakey’s Scallop Primo Pizza is a special Lenten
edition premium pizza, provided with generous
seafood toppings, but everything was put to waste. 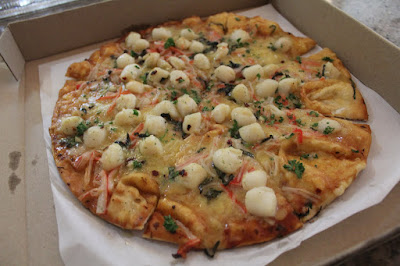 What was supposed to be a delightful medley of
seafood flavors was ruined by being extremely
briny, fit to be called as sea- salt pizza instead.
Read the links below for relatyed posts: