We were stuck on a horrendous Magsaysay
traffic in front of Naga Pilgrims Hotel , 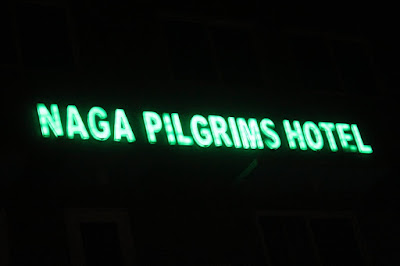 …after attending a mass in Penafrancia Basilica, 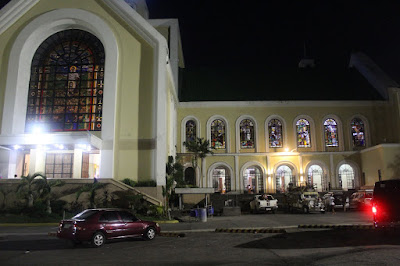 …and since everyone was hungry, we decided to stop
and dine at the Café Harry located in the hotel lobby. 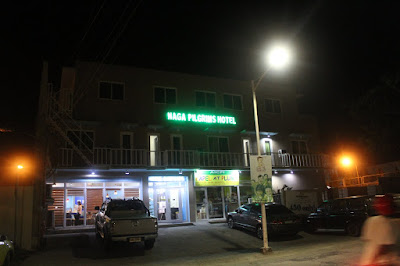 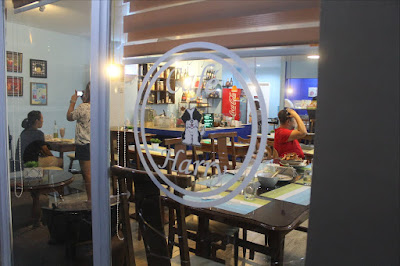 The restaurant had an unassuming eclectic interiors,
with a diverse assortment of traditional and dated
furniture, a mixture of what is new and what is old. 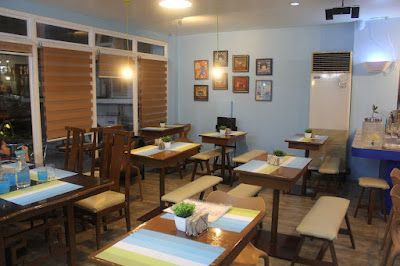 The sundry interiors may not be rave worthy, but the
dissimilarity creates a comfortable, homey ambiance. 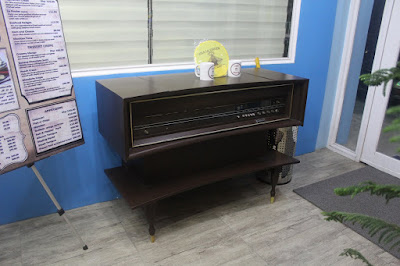 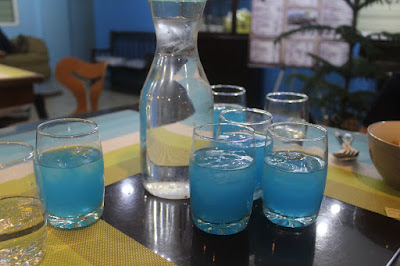 We ordered Buffalo Wings with Fries for appetizer.
If there is a local restaurant that does this popular
American dish right, then- it would be Café Harry. 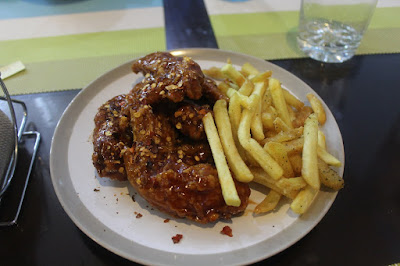 One need not go to New York where this dish originated as Café’ Harry’s  version
was just as good. The pepper flake- sprinkled, tender and succulent wing had a
firm consistency and the skin had a slight delightful crunch on a bite, despite being
bathed with heavily flavored sweetish, pleasantly acerbic and spicy barbecue sauce. 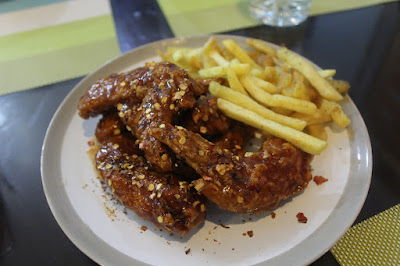 We misunderstood the menu when we ordered Chicken Curry
as we didn’t realize that it was a rice topping until it was served
on our table. It was a delicious meal and was flavored with just
the right amount of curry, strong enough to spice the dish but
not enough to make you smell like you used it as a perfume. 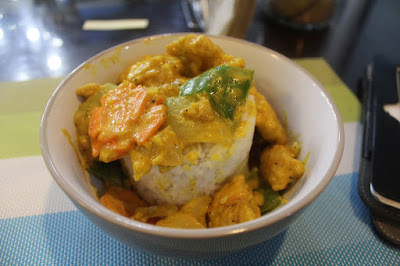 The Sweet and Spicy Pork was also a rice topping and once again,
we misunderstood the menu. It was perfectly alright though, as it was
filling and very delicious, that could make one crave for another serving. 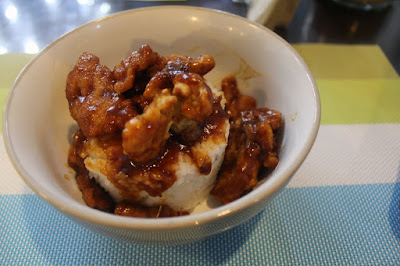 The restaurant’s pasta selection was exceptionally delicious.
I believe that if there is a specialty dish that Café Harry would
be known for in the future- then it would be their pasta dishes
Both their Aglio Olio and the Alfredo Pasta are crave worthy. 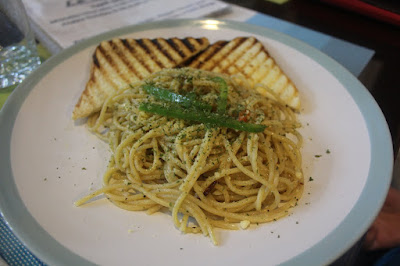 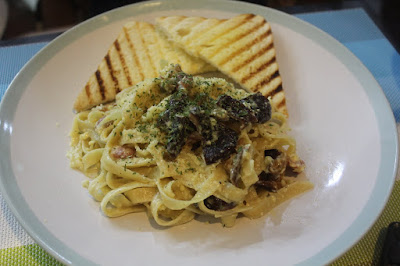 The Chilli Crabs. was so good. I believe the huge fat crab was
initially pre- fried before being stir- fried in herbs and spices,
and later bathed in sweet and sour chili sauce interspersed with
generous amount of fresh vegetables. It was so delicious that
I was tempted to take a bite on the perfectly crunchy shell and
everything seemed to be edible. This lipid laden Filipinized
take of the more popular Singaporen Chili Crab was grievously
addicting and could put the renowned culinary icon to shame. 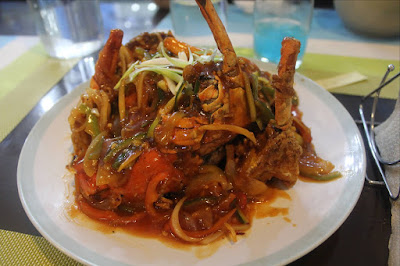 I have always abhorred the traffic in Magsaysay but this time,
I was thankful. Had it not been for the heavy traffic, we would  have
not unearthed a hidden culinary treasure trove that is Café Harry.

Posted by Ramon Caceres at 9:46 PM