1st Colonial Grill is a popular Albay based restaurant that
once had a branch at the SM City Naga food court,  and
I was delighted when they finally opened a full restaurant in
the same mall and opening another branch at the city center. 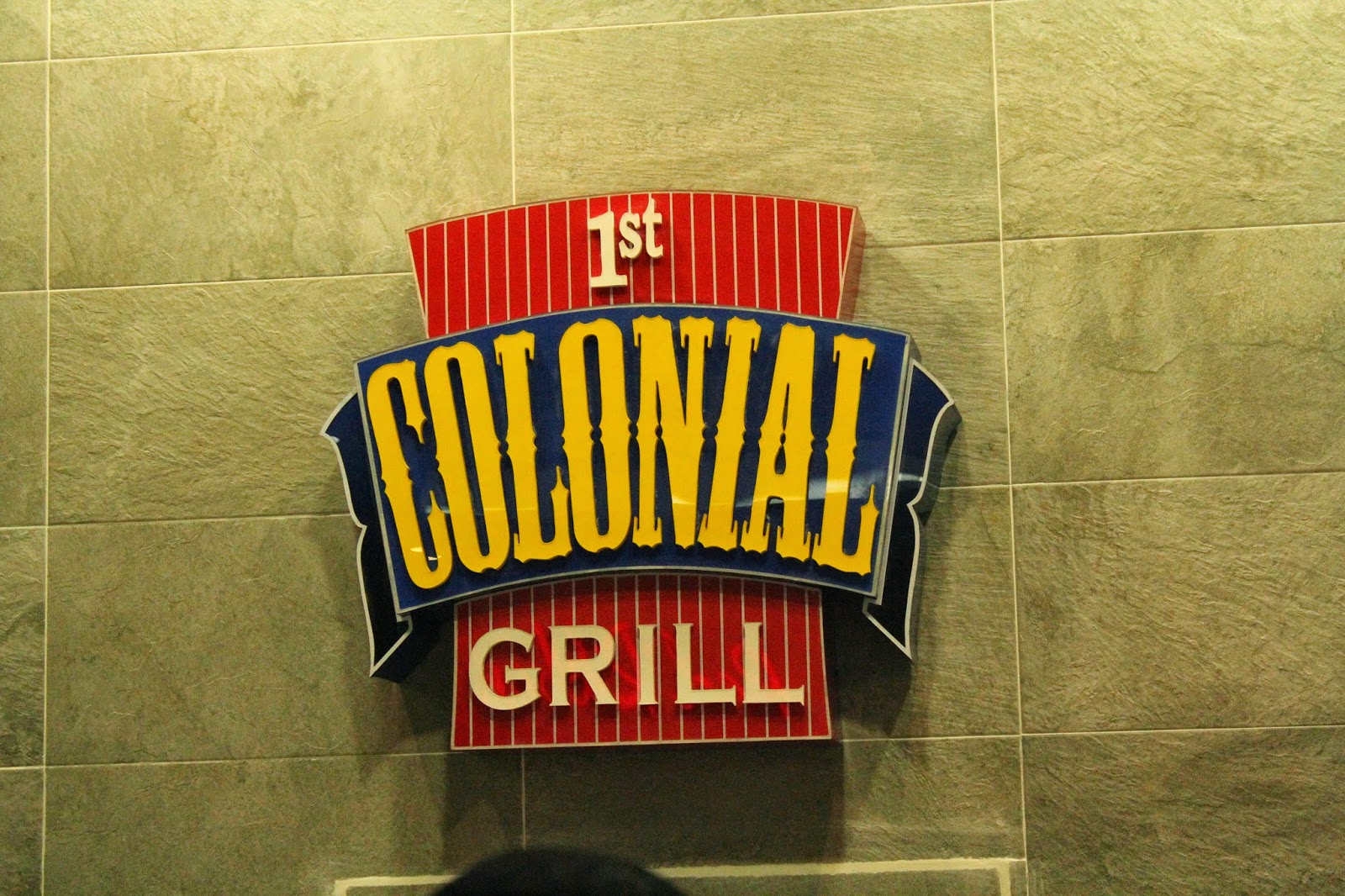 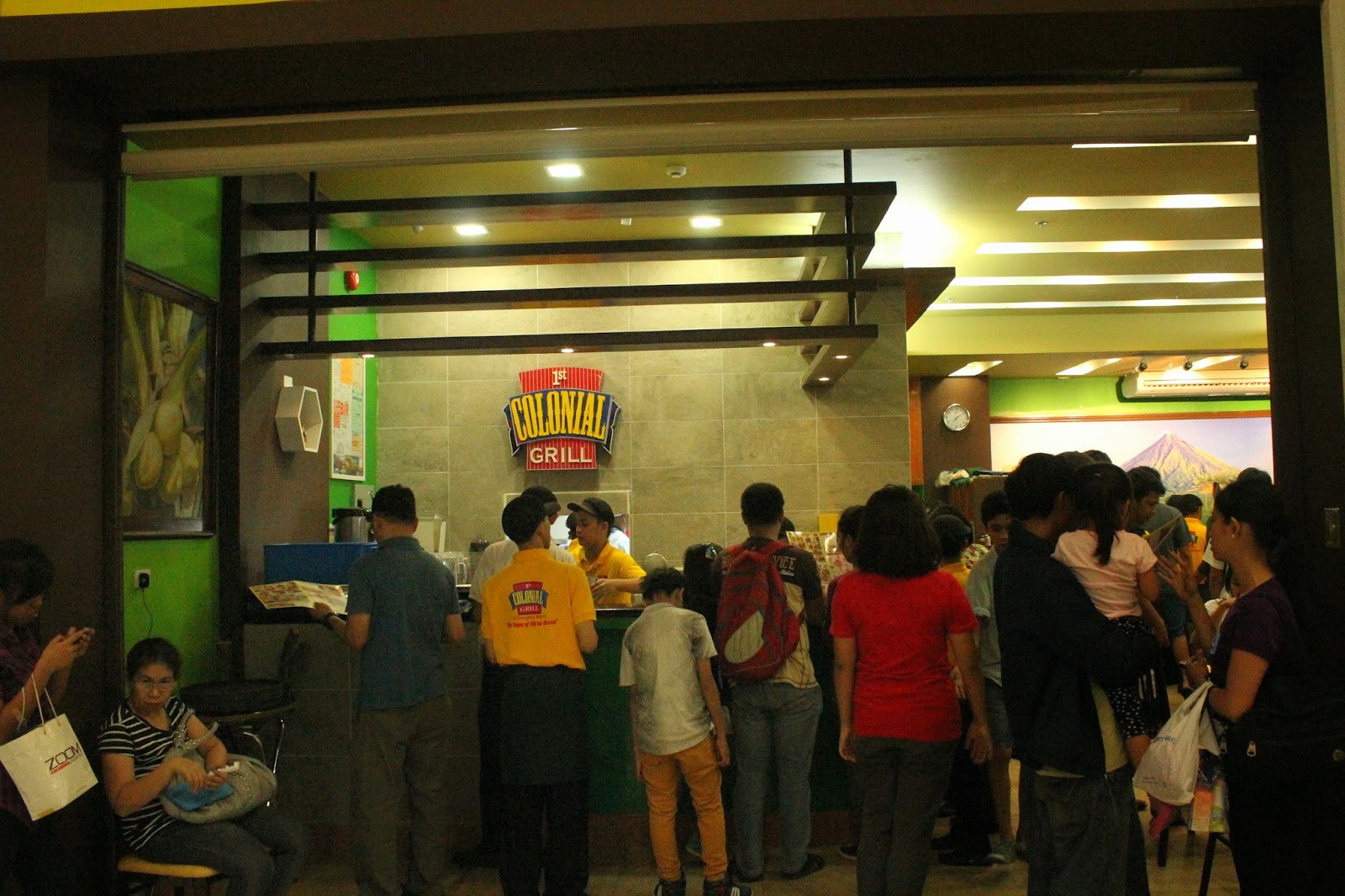 We have been trying to dine here but the restaurant
has been full packed since it opened a month ago, the
crowd did not wean out, and tonight, it was no different. 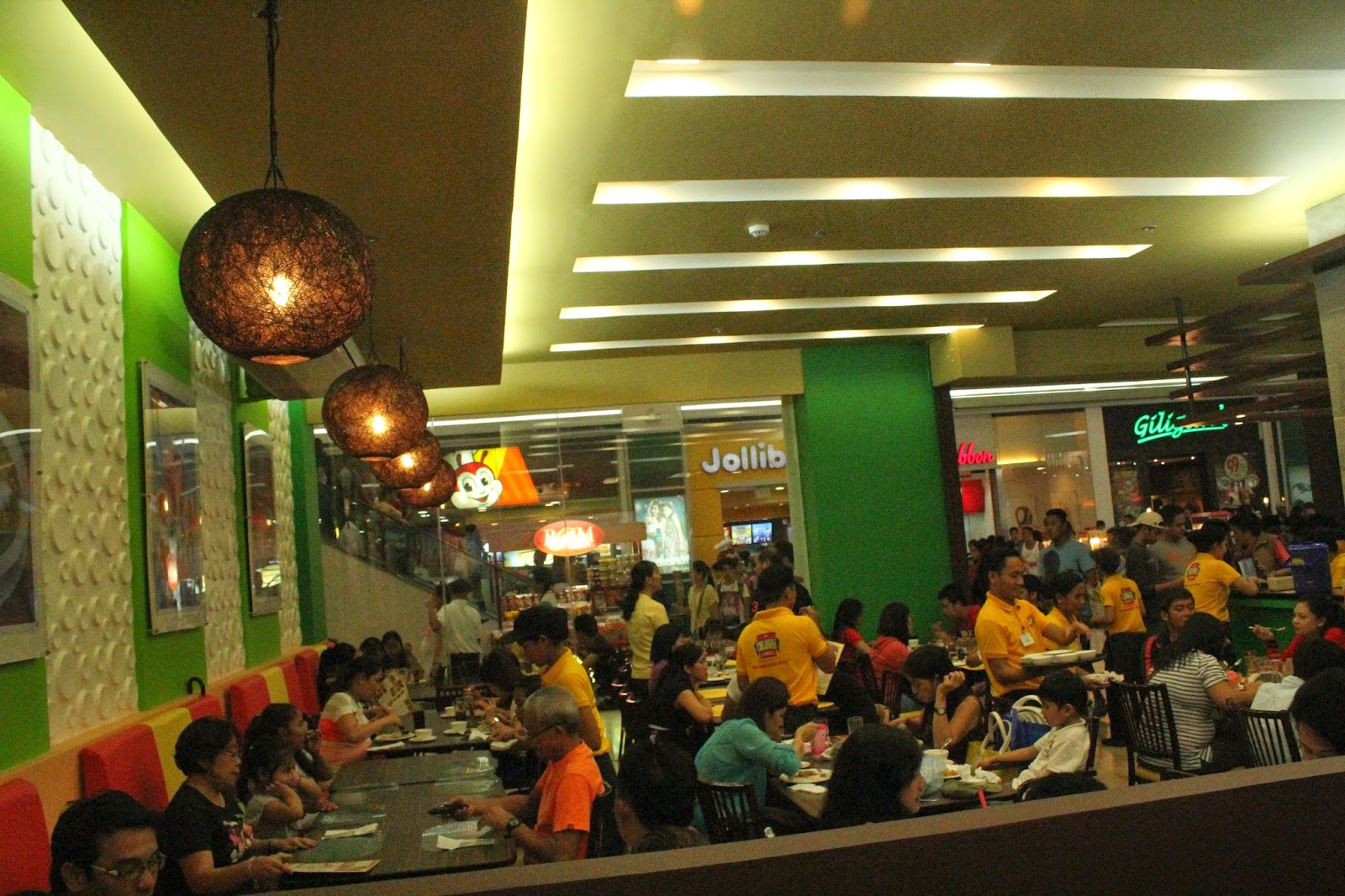 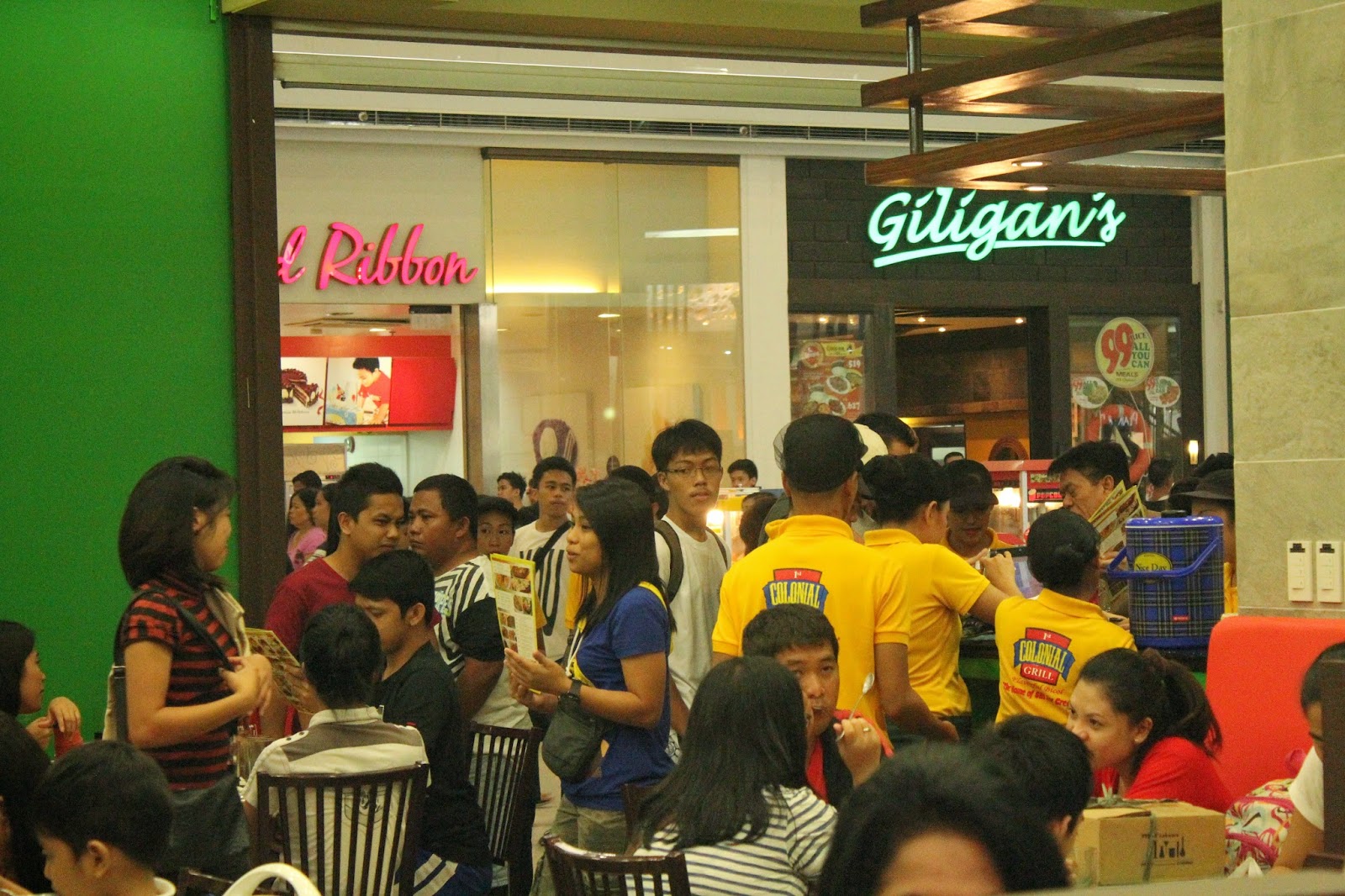 Luckily, I was able to book a reservation and order the
food in advance so our table was ready when we arrived,
and the food was served shortly after we were seated. 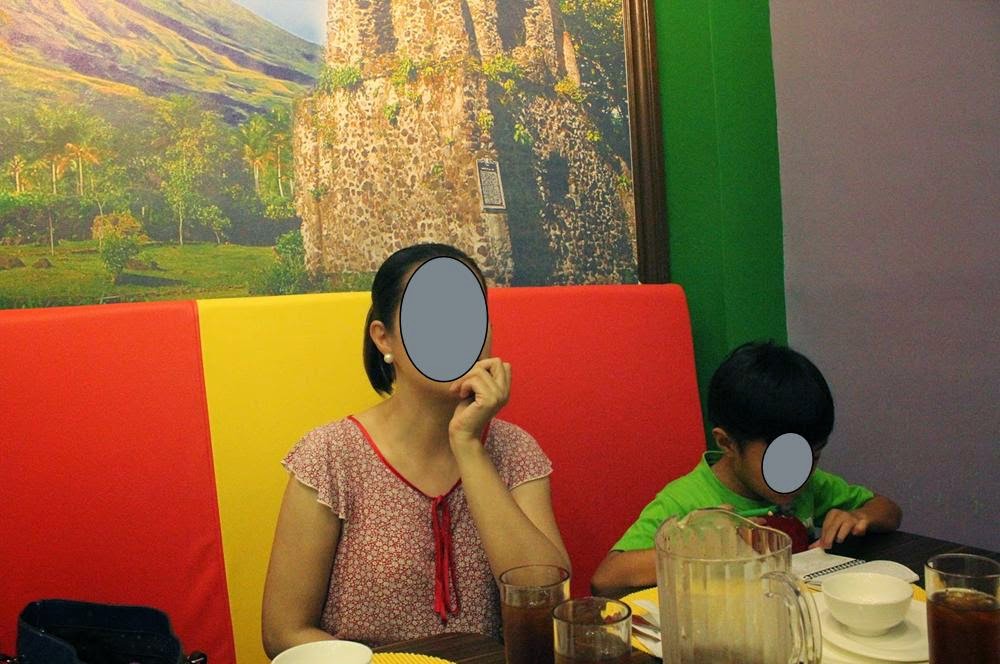 Aside from the huge Mayon Volcano wall paper as a
backdrop, the restaurant had a contemporary design,
devoid of any grand old  colonial touch  which I  expected,
as the restaurant  had the word colonial on its name. 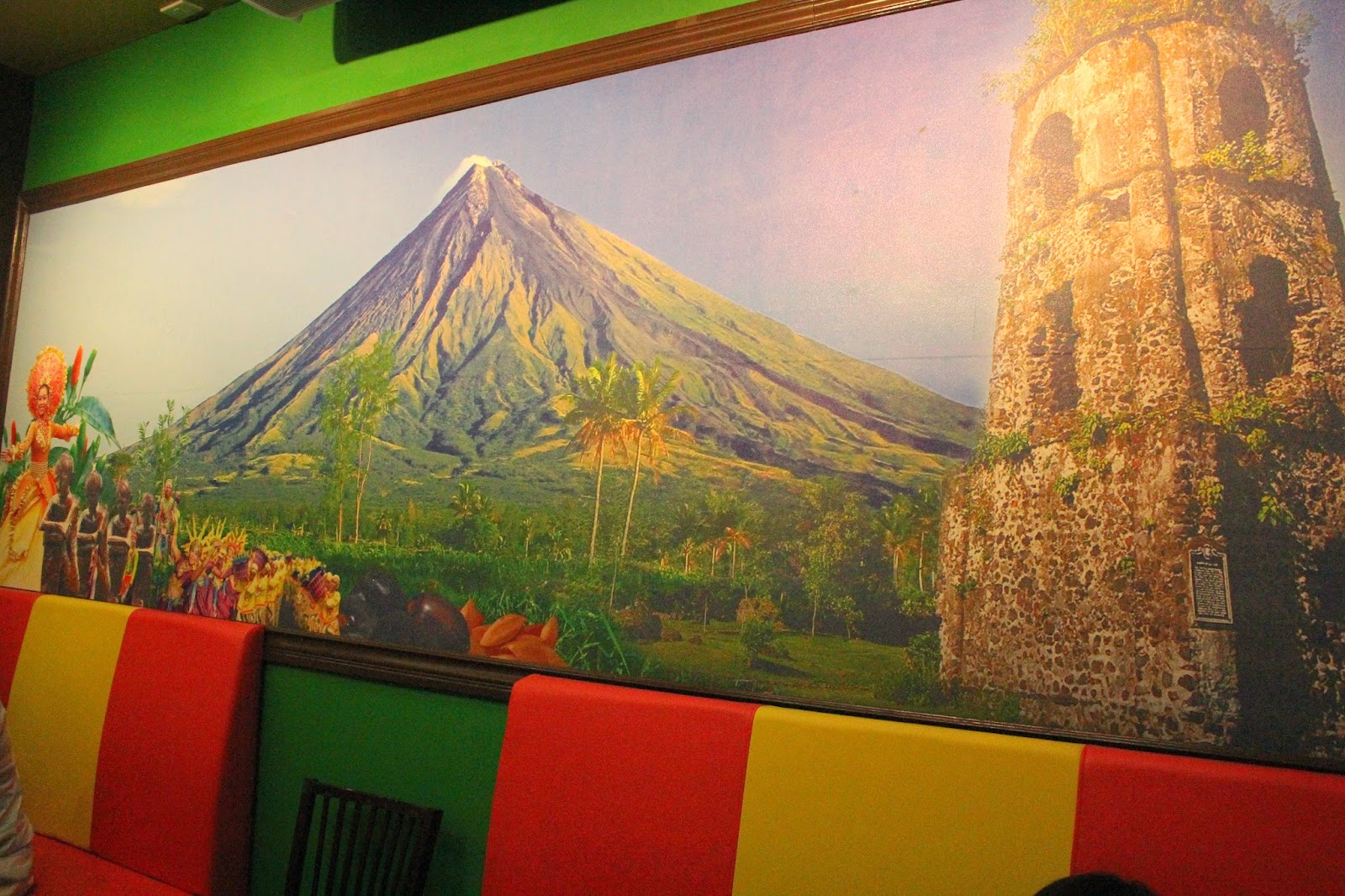 We started our meal with Sinigang na Baboy as a soup starter.
I was just too sour for comfort. We have always liked our sinigang
as, I have stated repeatedly in my past blogs, to have just the right
hint of sourness. There should be certain degree of acidic sharpness,
not enough to make our faces wrinkle in revulsion. To borrow from
classic lines from popular TV commercials, it should have the
‘asim kilig’  response, and not the ‘mukhasim’ type of sourness. 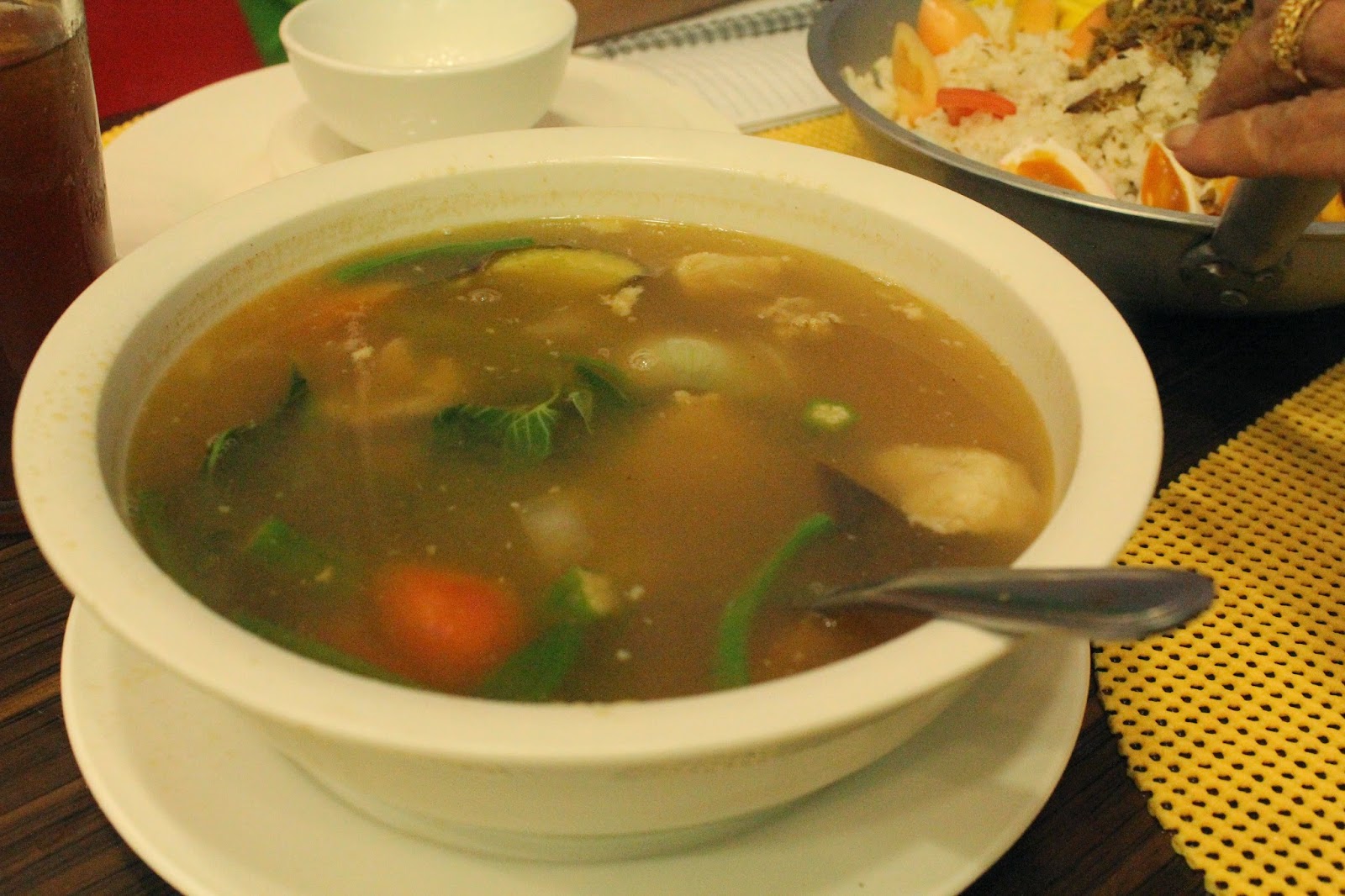 We have initially ordered Buko Chopsuey, but it was not available.
We settled for Colonial Grill’s Pinakbet and we did not regret.
My wife and I could contain ourselves from raving on what probably
is the most delicious Pinakbet that we ever tasted in our lives. 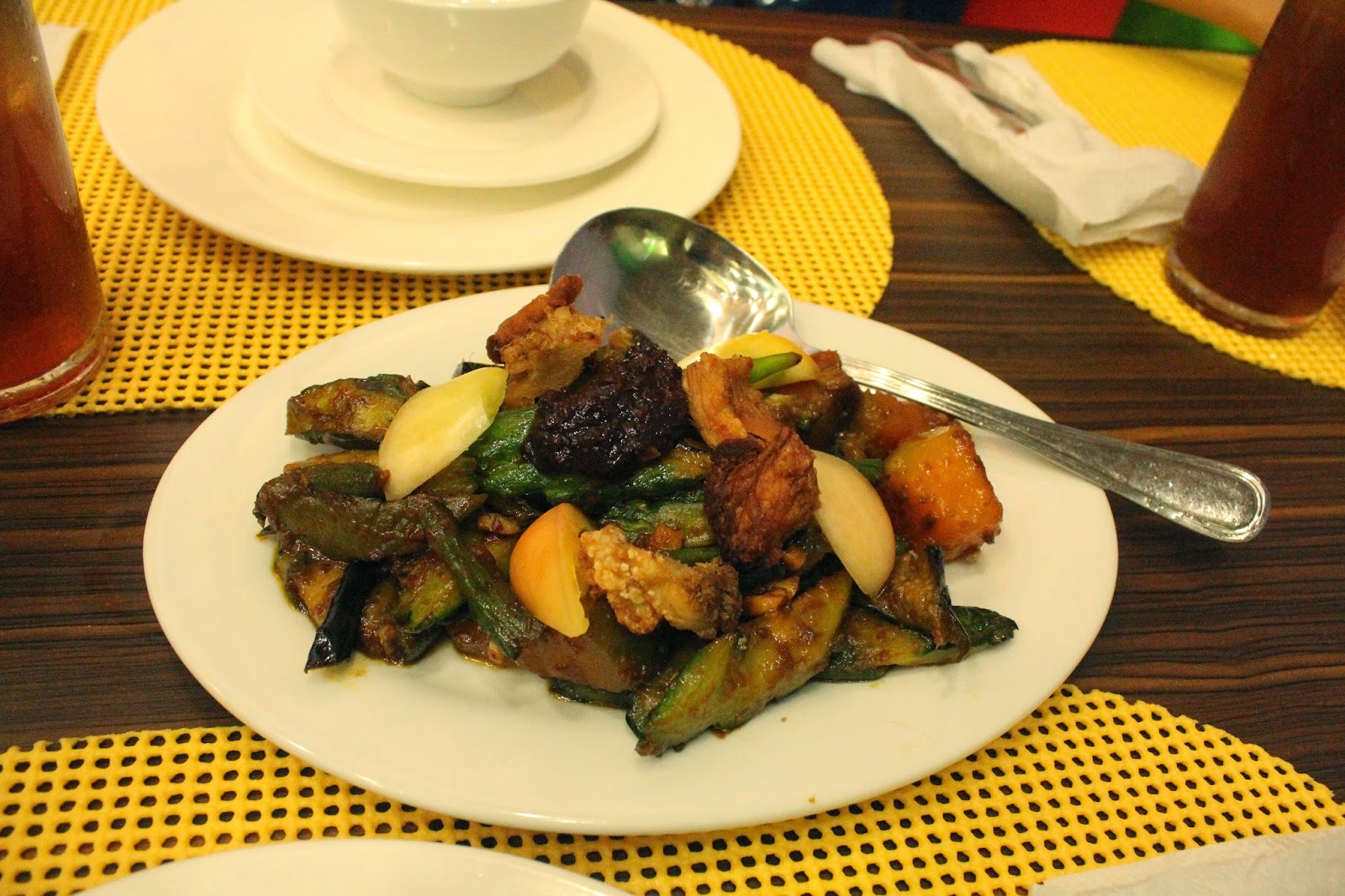 The vegetables were well cooked but retained the firm consistency.
It appears like the veggies were initially blanched, then perfectly stir fried
but amazingly, it was not oily at all. Unfortunately it was topped by a
repugnant bagoong paste that made some parts of the dish really salty.
But that’s not a problem at all. Just scoop out the ghastly bagoong
and you’ll  have “the most delicious  Pinakbet in the Philippines” 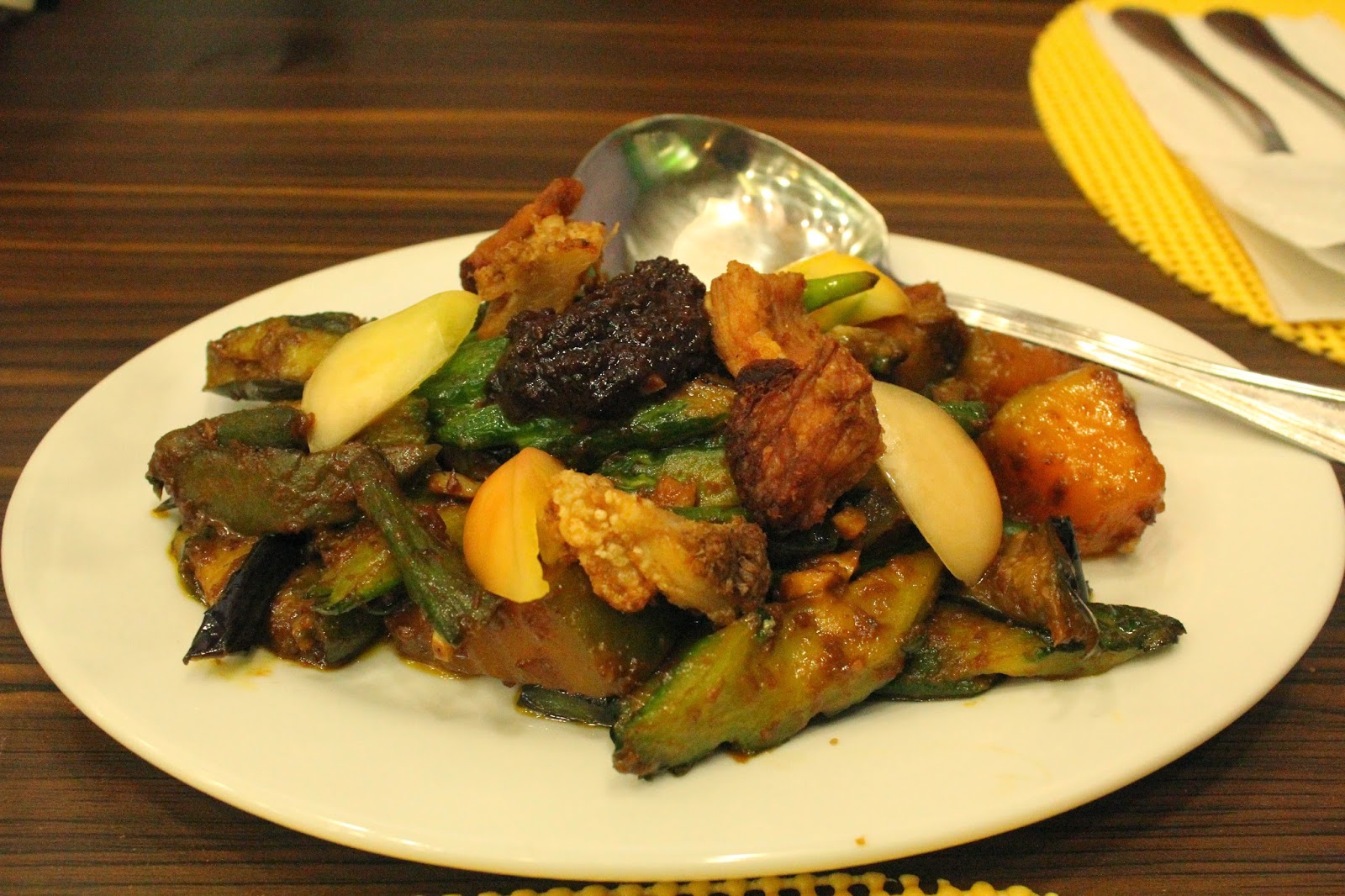 The Garlicky Pork Adobo, was so delicious. Unlike most
Pinoy  versions, it wasn’t as salty,  had just the perfect tinge
of soy sauce, and just the exact hint of vinegar. It had a sharp,
but pleasant garlicky aftertaste that does overwhelm the flavor. 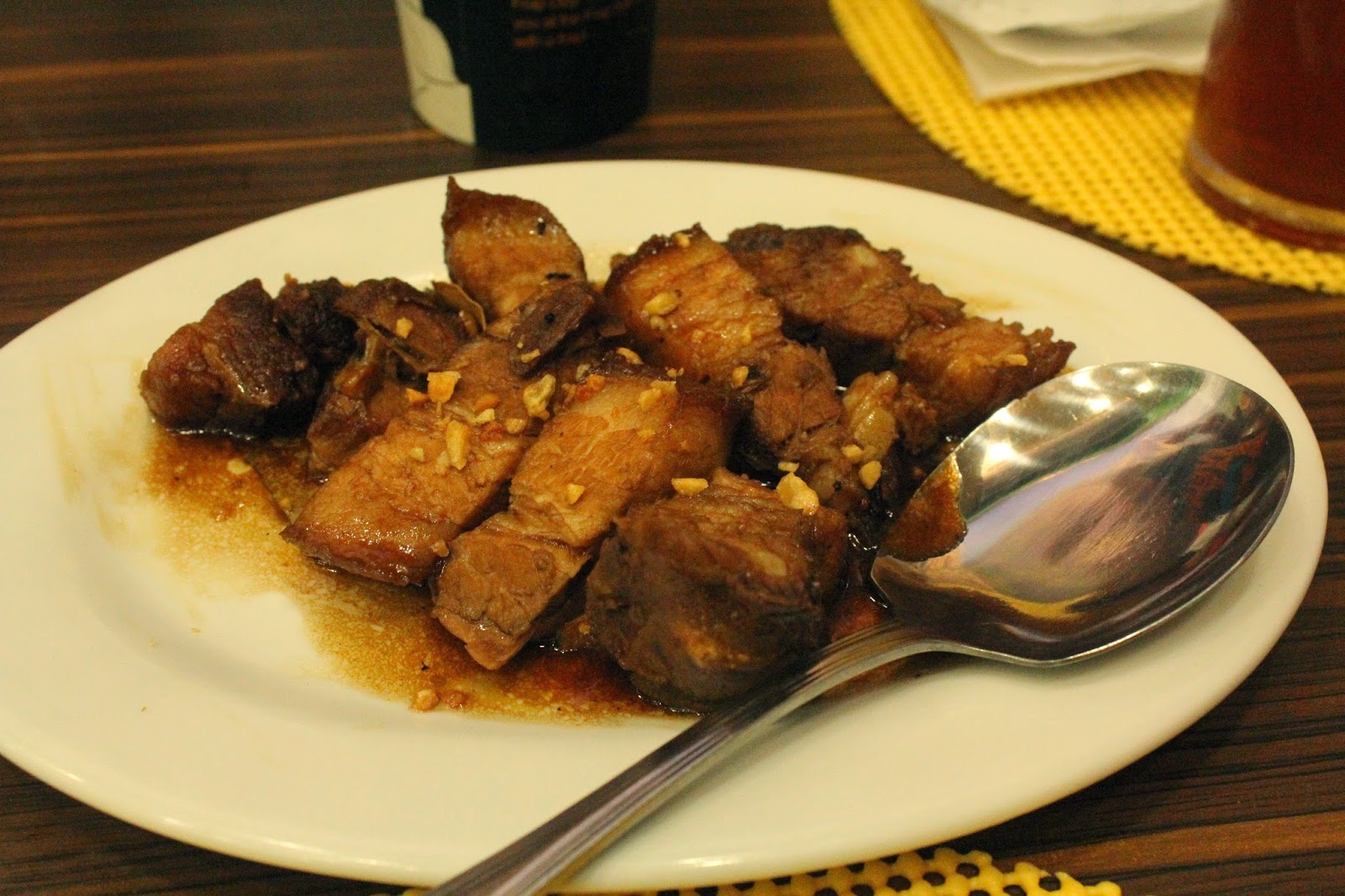 We also ordered a whole 5 Spice Grilled Chicken,
and we were expecting at true blue, hot Bicolano dish.
But what they served was a delightfully delicious
very natural tasting grilled chicken, bathed in a tasty
sweetish sauce which is not salty nor spicy at all. 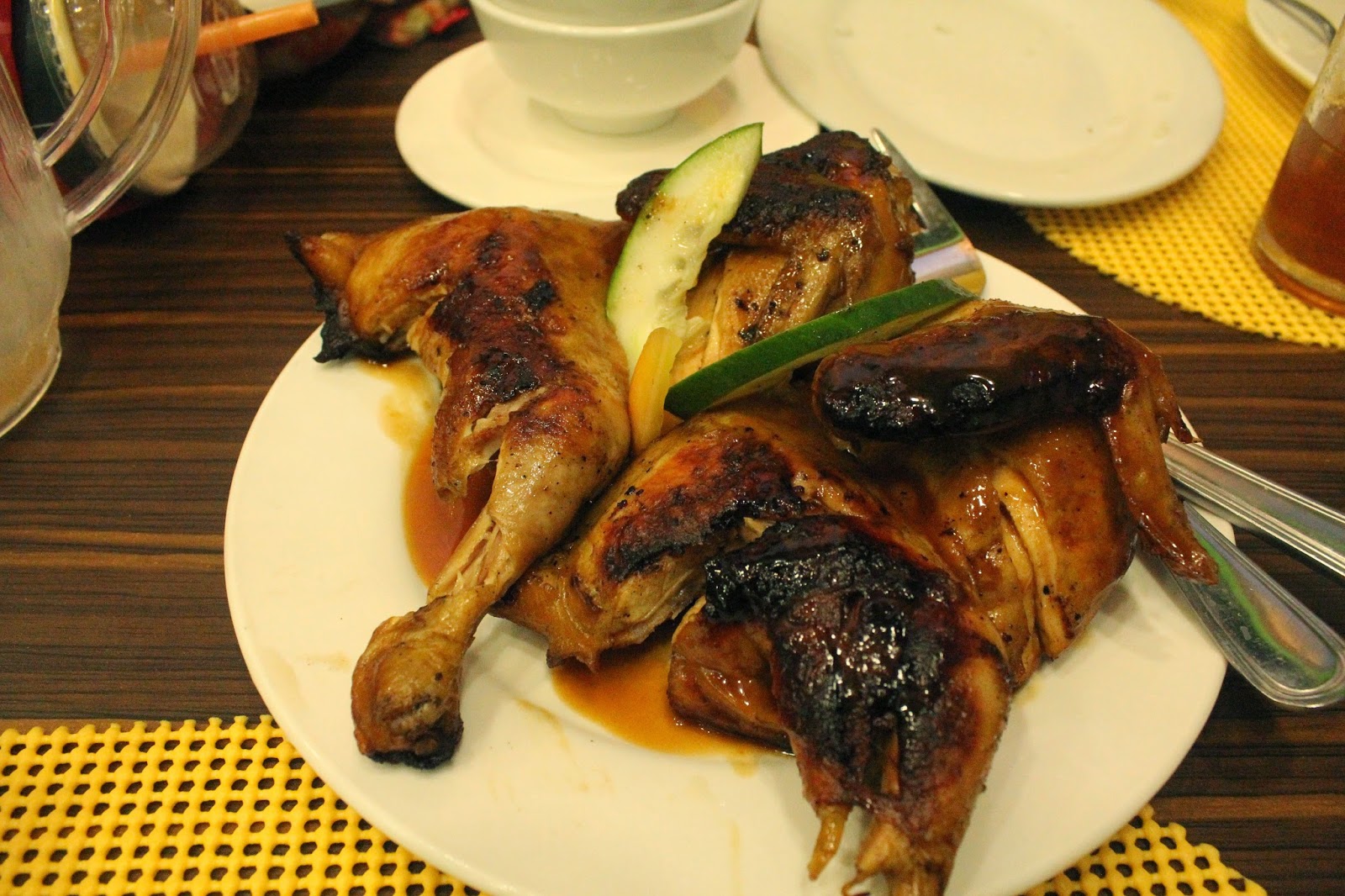 No family dinner is complete without a fish dish for my
son and the  Grilled Tuna Belly  did not disappoint. 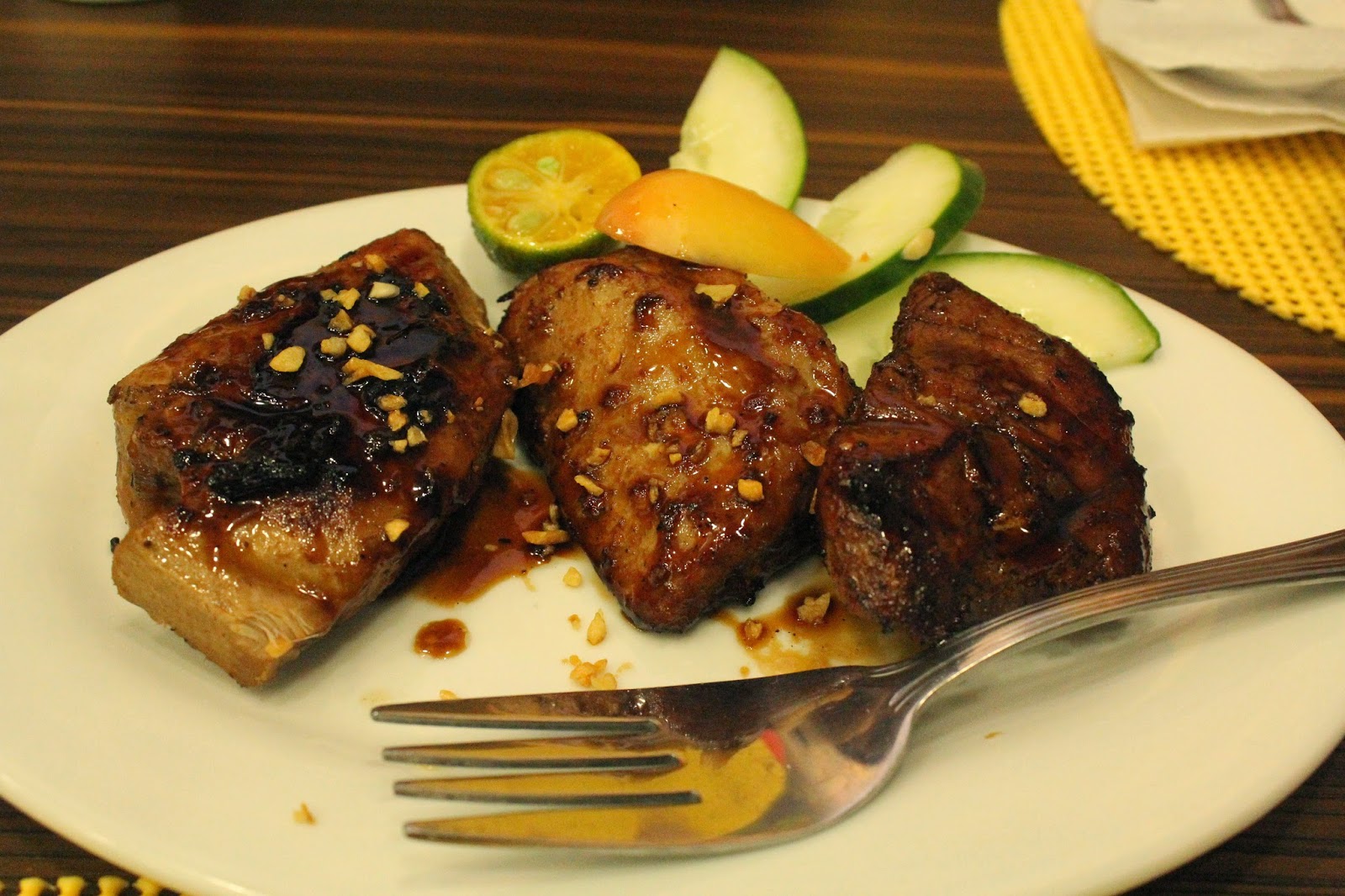 The waitress suggested to try the Tinapa Rice as it was
apparently their specialty so we obliged. It was a mistake.
It do not know how to describe this repulsively salty dish.
It was served in a native frying pan, the rice may have been
stir freed in salt, although I could taste a trace of bagoong, 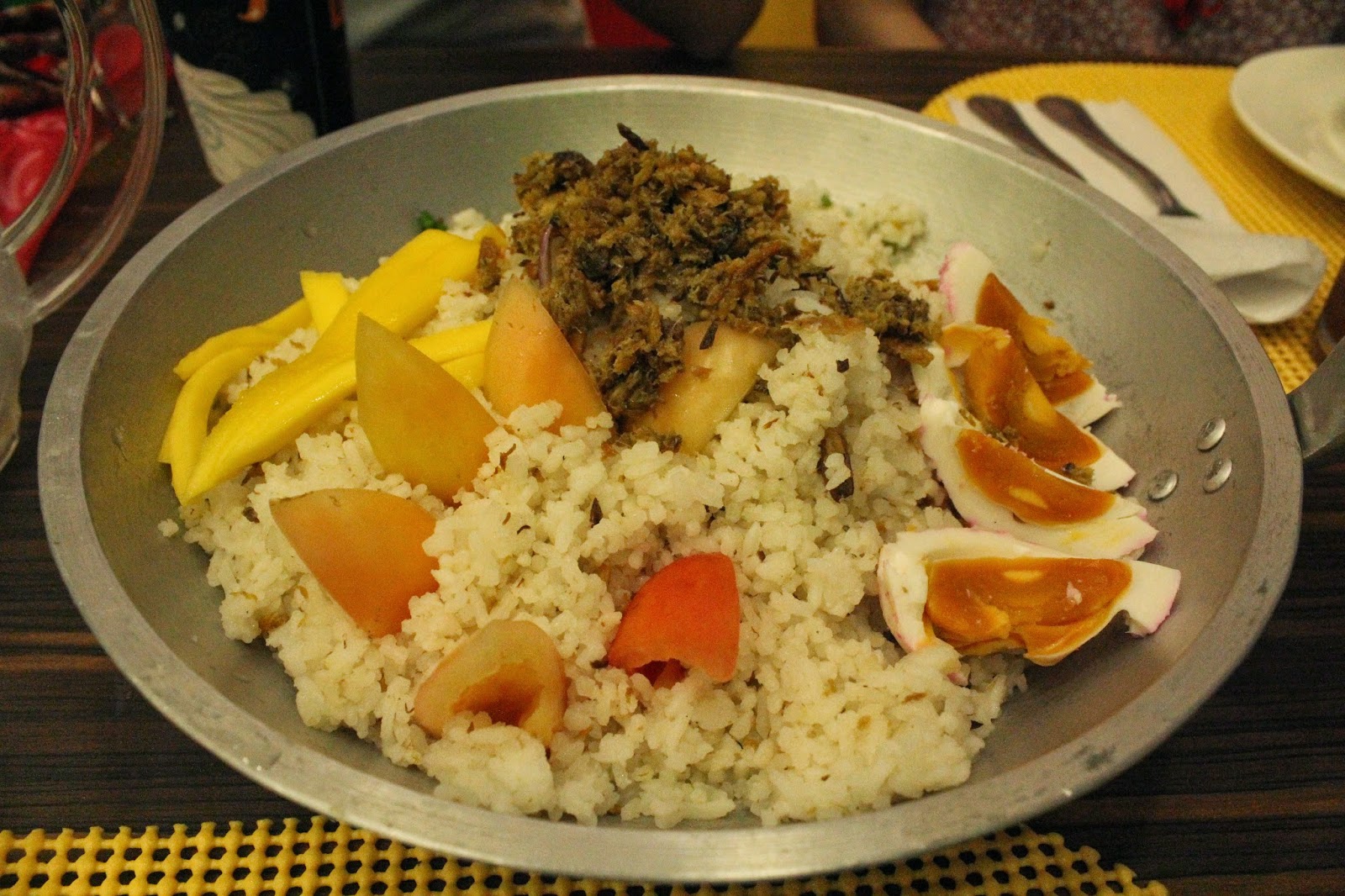 …it was topped with bits and pieces
of salty smoked dried fish (tinapa), 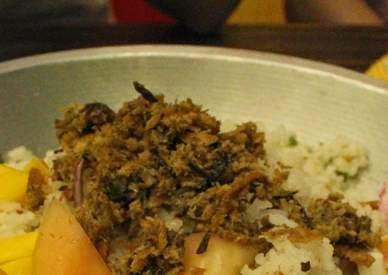 …and really indescribably salty boiled eggs.
I cannot fathom on who could really eat those
briny rubbery eggs,  as they were just too salty
that they numb your tongue and your taste buds. 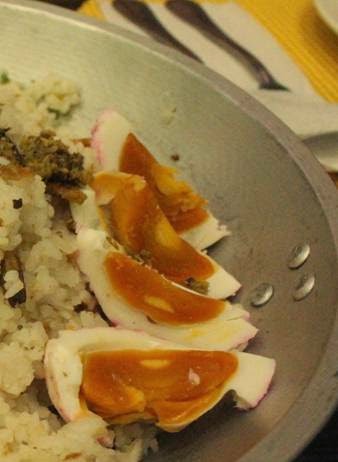 It was also topped with strips of unripe mangoes and tomatoes,
making the dish look like an concoction of so many dissimilar
ingredients that made the food unappealing and unpalatable. 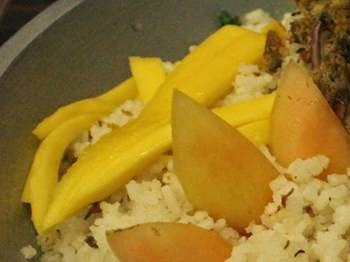 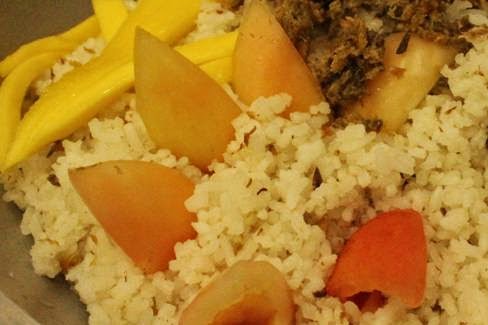 We concluded our dinner with their delightful original ice cream creations with
indigenous Bicol flavors.  The 1st Colonial Grill is the home of the popular
Sili Ice Cream,  but it was not available. So was the Kalamansi Ice Cream
So we settled for Salabat  (ginger), Tinutong (roasted rice) and Melon Flavors. 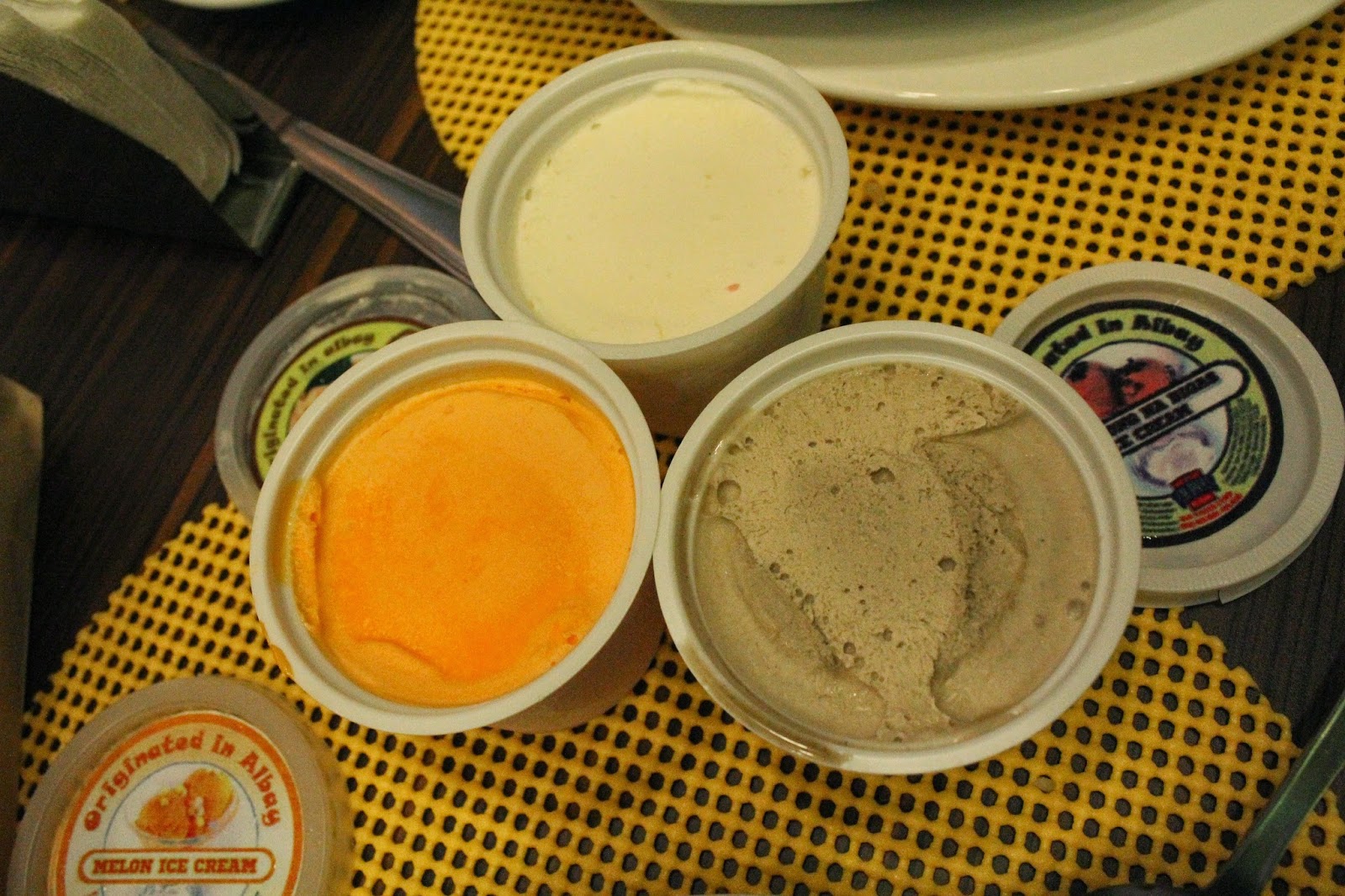 The Melon Ice Cream is to die for. The Salabat and Tinutong?
Well, the best thing I can say is we earned the bragging rights, that yes,
we have tried those goodies. It was some sort of  an accomplishment
as these unique desserts are not available any where else but only in
1st Colonial Grill,  making them a must try to anyone dining here. 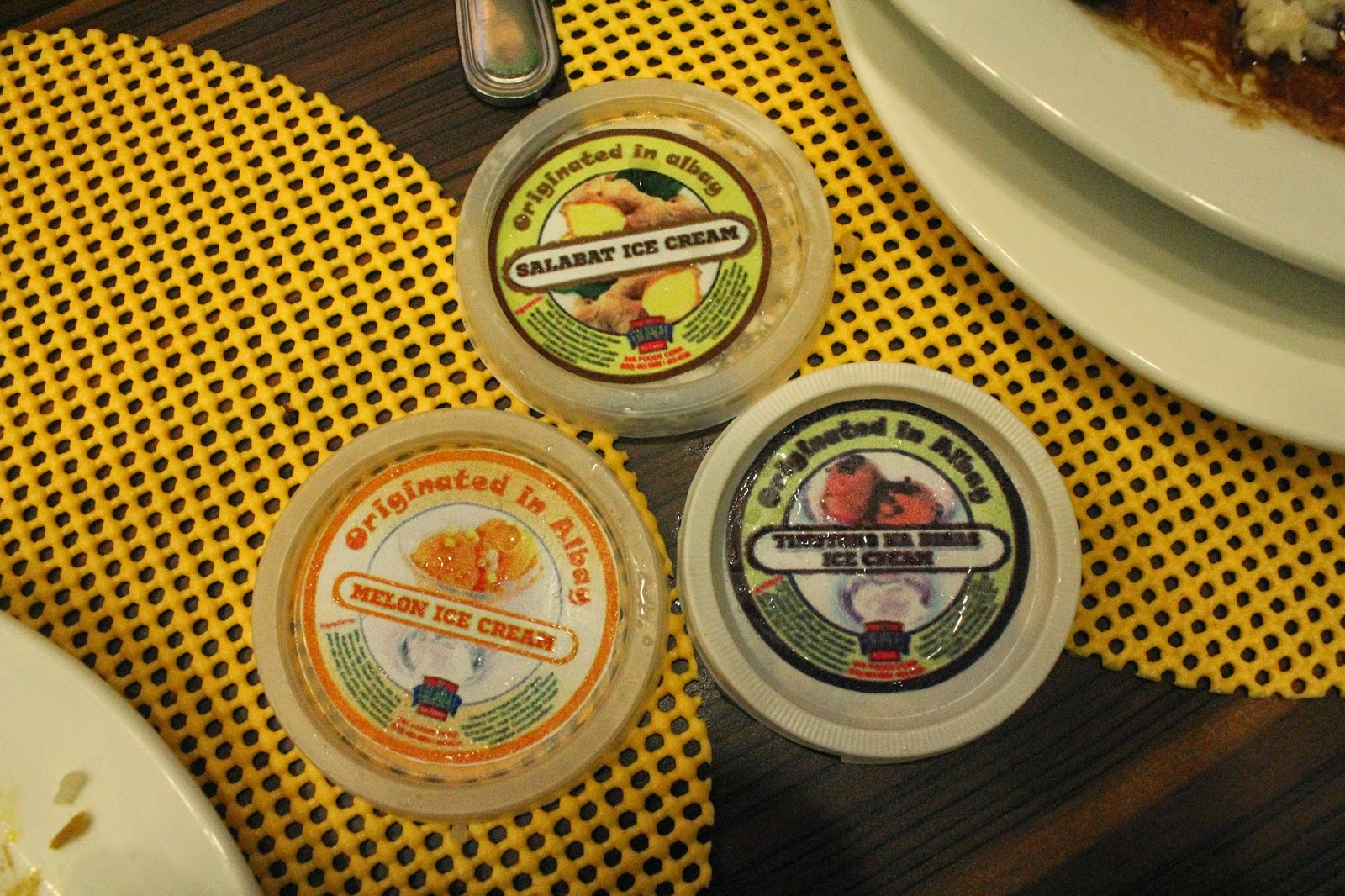 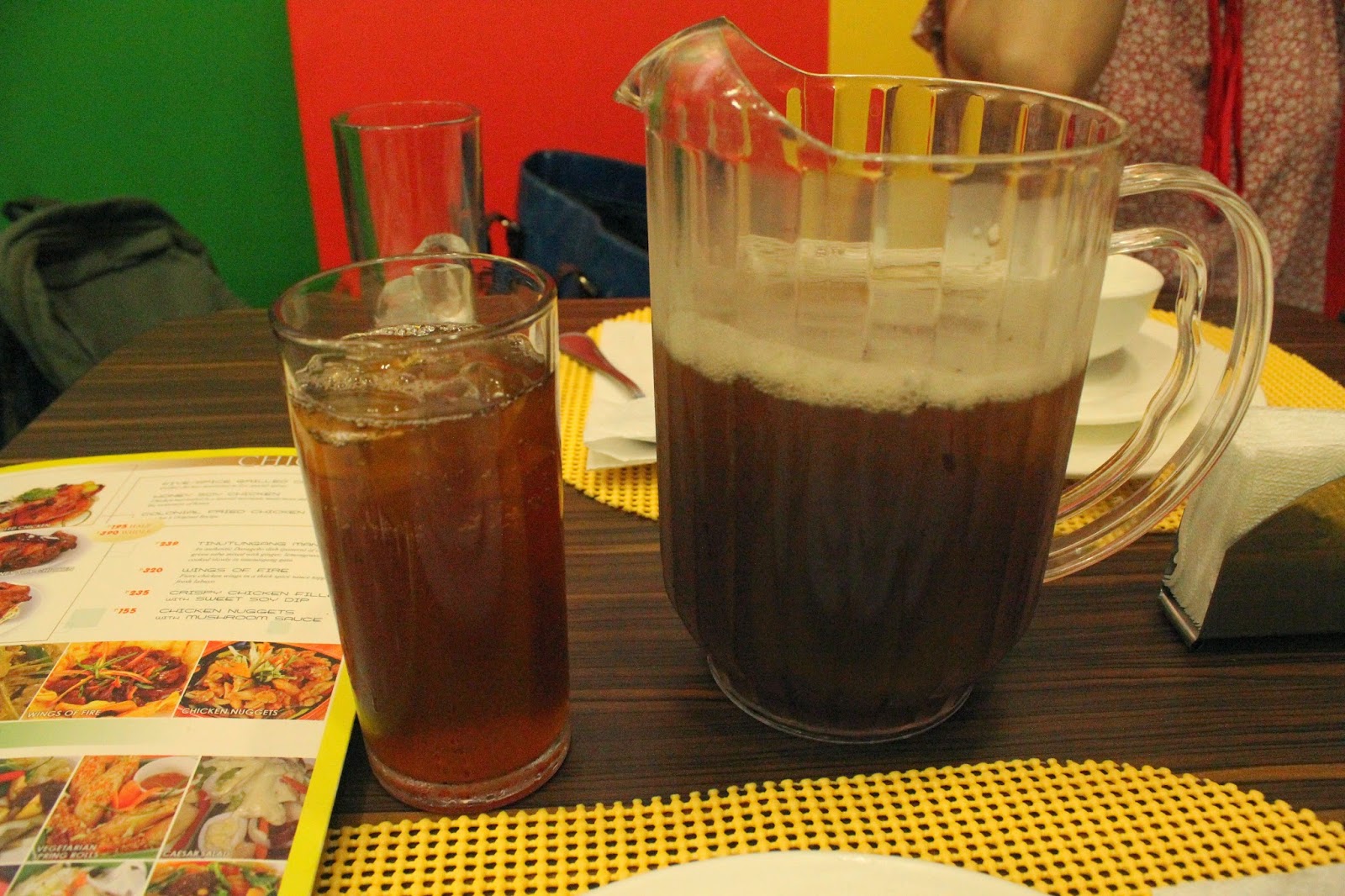 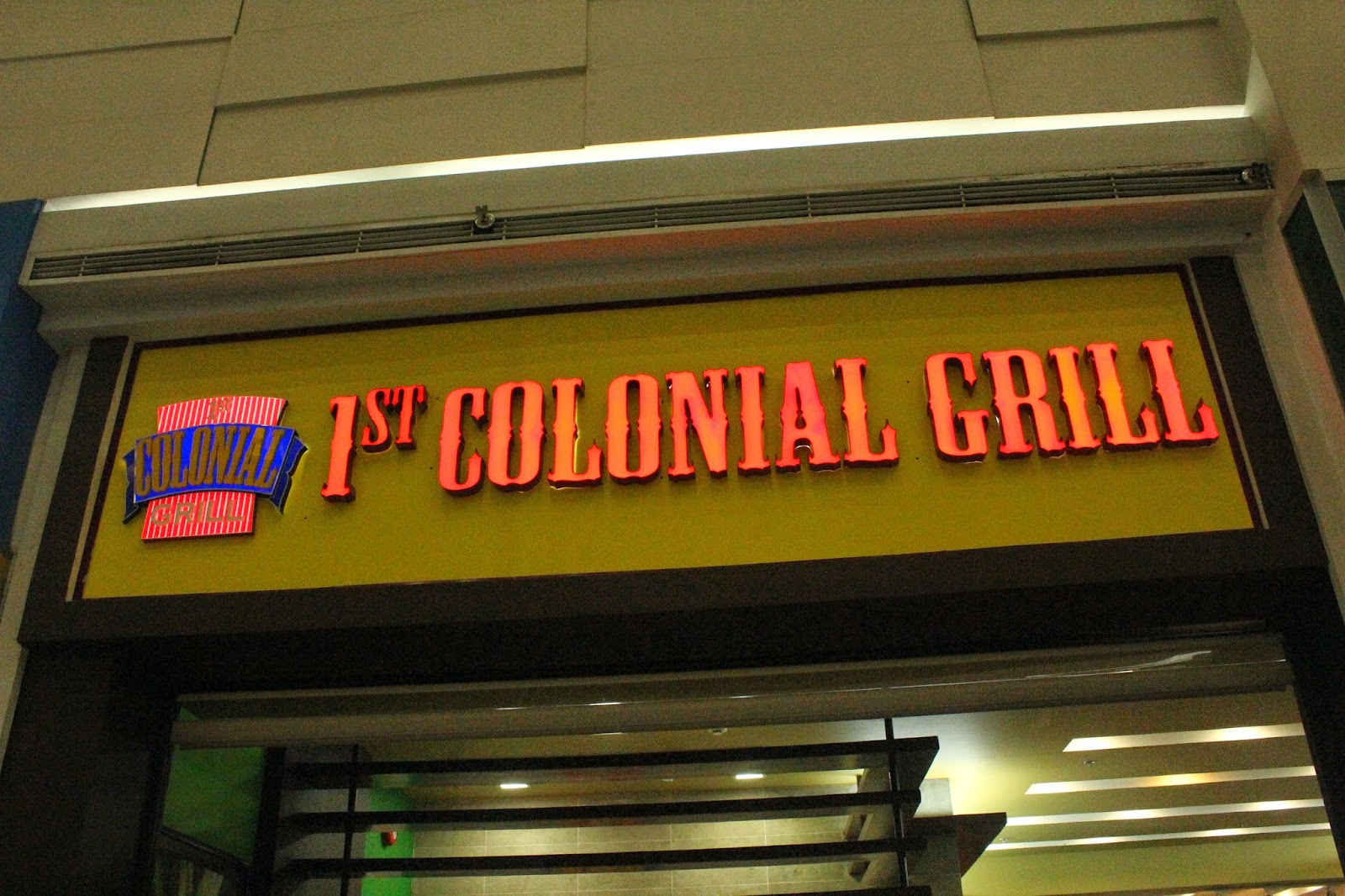 It is an unpretentious restaurant and does not hide on the
the mask of  fusion cuisine to make the dishes generally
palatable to please everyone, including non Bicolanos. 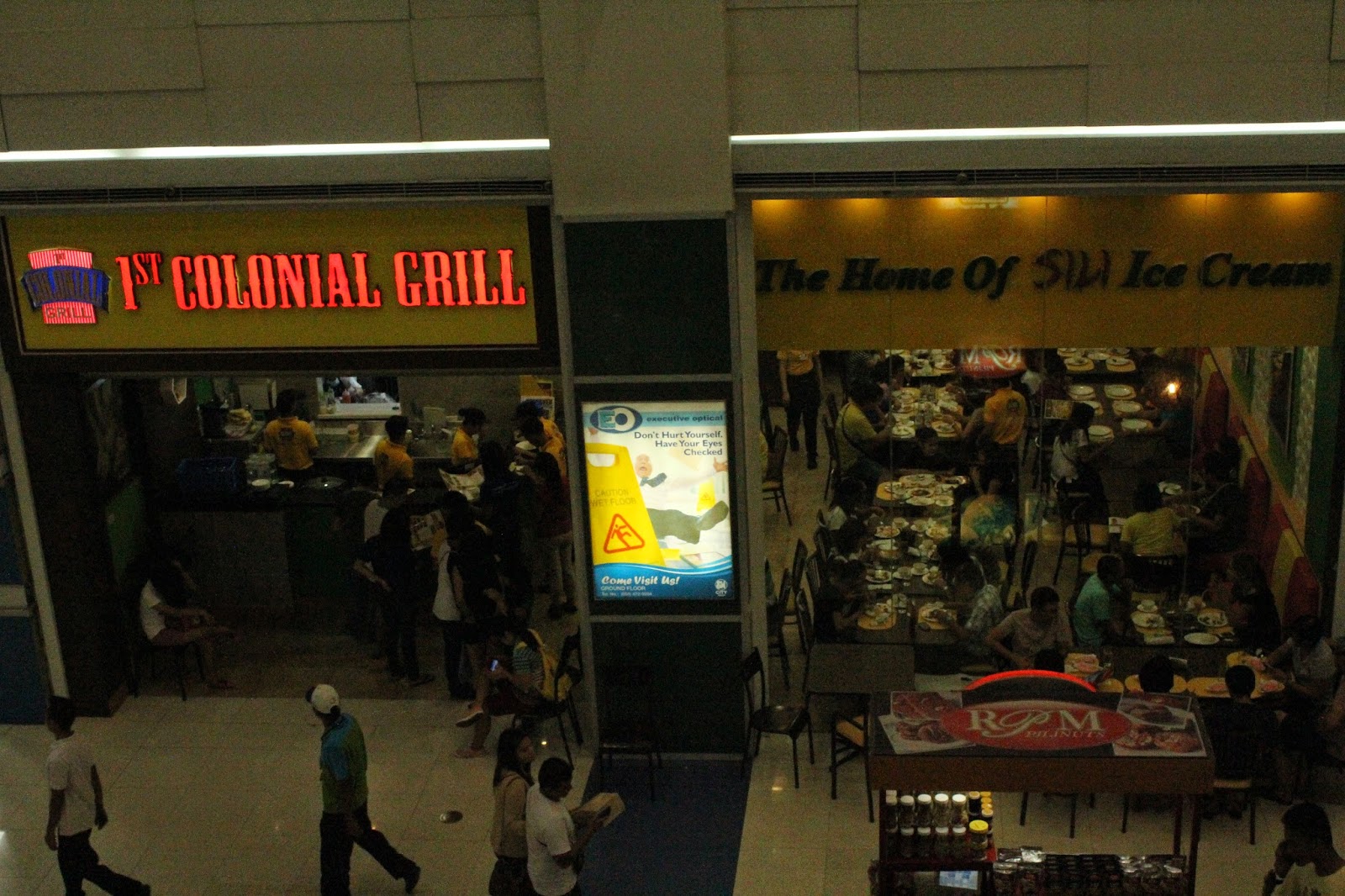 Love it or hate it, 1st Colonial Grill is a showcase
for our regional cuisine and the dishes are served
in a straightforward and  authentic Bicolano way.

Posted by Ramon Caceres at 5:14 PM