We shopped at Robinson’s Supermarket
at E- Mall as the crowd in SM City Naga
was intolerable as they were having a 3- day sale. 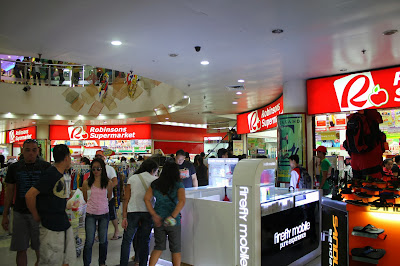 The mall was also very, very crowded
as well and we didn’t find a place to dine- 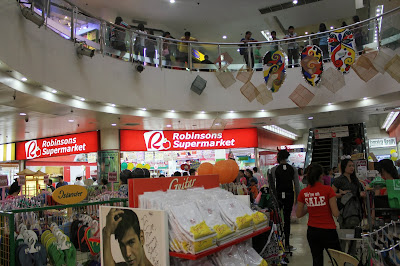 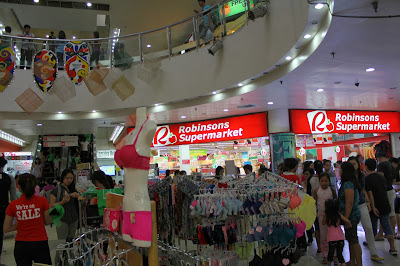 …so we walked across the road and found
ourselves in ChickBoy Naga. 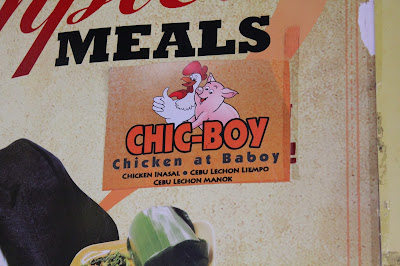 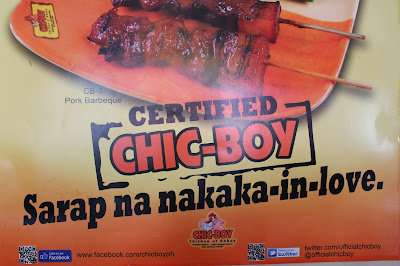 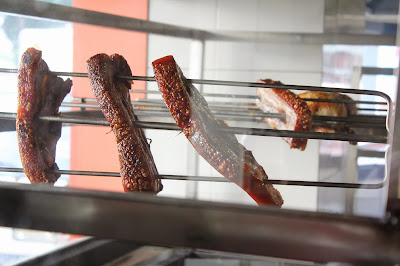 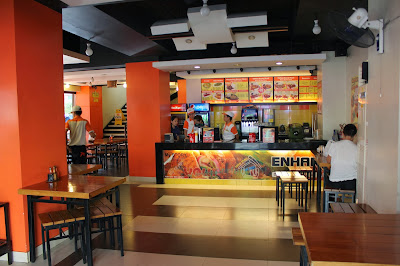 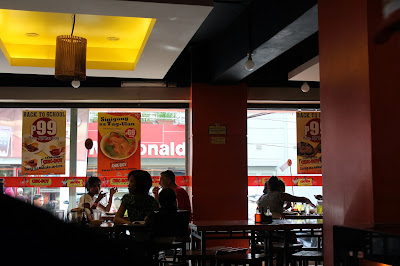 …as it was always full of diners and I avoid taking
photos in a very crowded and busy restaurant. 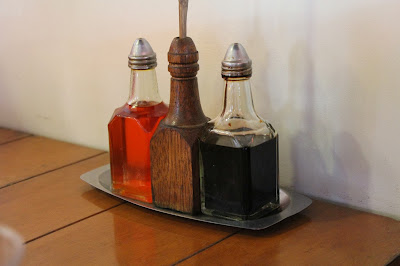 They initially served us a clear soup broth
for free and surprisingly- it was very tasty.
It has a pronounced, rich flavor of onion with
a hint of celery and just the right amount of salt. 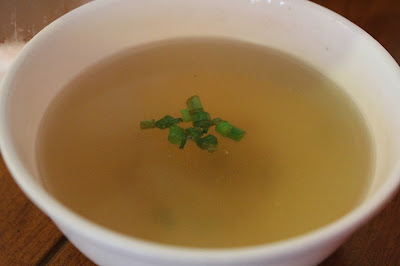 The Sinigang na Salmon was a disappointment.
The soup was extremely sour and acerbic,
and the fish still had fins and scales on it.
You also get the sensation of a ramish or should I say
a fishy aftertaste at the back of your mouth. 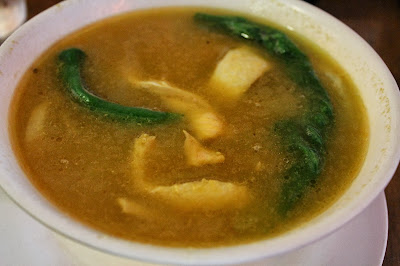 My son satisfied himself with the all day breakfast
by ordering their delicious Longsilog. One good
thing about this Chick Boy Longaniza as it had
firm sausages and just have enough amount of sugar
that did not caramelize and made it taste like a meat candy
just like most of longaniza versions in the country. 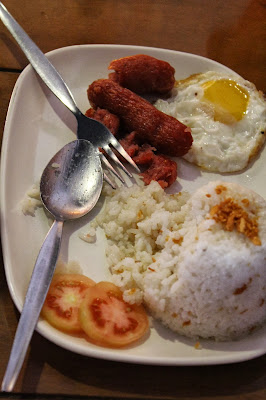 My daughter enjoyed the Lechon Manok Cebu
as it had the pleasant tangy aftertaste of lemongrass. 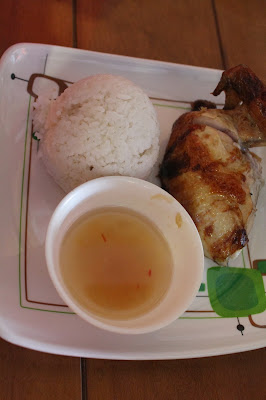 My wife ordered her all time favorite of Inihaw na Liempo,
and this grilled pork belly tasted naturally delicious
as it was not the sweetened version  as what other
inihaw versions  are in most Pinoy restaurants. 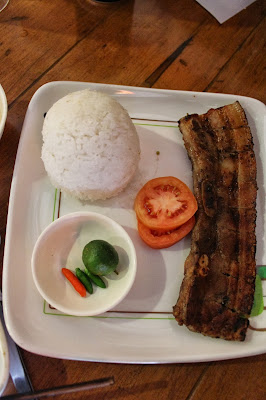 While I satisfied myself on a huge piece of Chicken Inasal,
the best tasting among its competitors in the market as it is
not as salty but tastier and one would  never need  any
additional condiments or dips to enjoy the flavorful chicken. 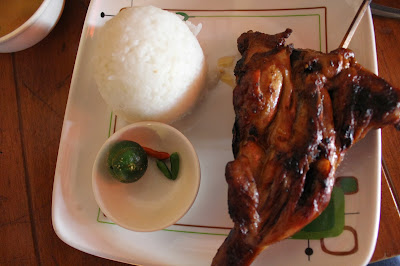 Of course, no meal is complete in ChickBoy without
their popular Lechon Liempo Cebu. It is juicy, crispy
and so tasty that even the fatty parts of the lechon are
edible and could be eaten even without the lechon sauce.
This dish is the one that makes the restaurant click. 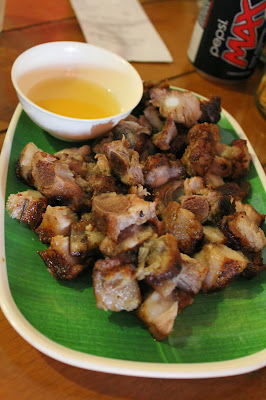 One would just need a lot of rice but that’s
not a problem since most of ChickBoy dishes
comes with all you can eat - unlimited rice. 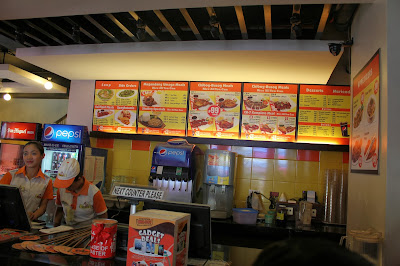 We ended our meal with glorious
desserts of creamy Leche Flan, 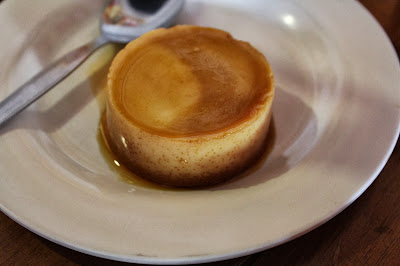 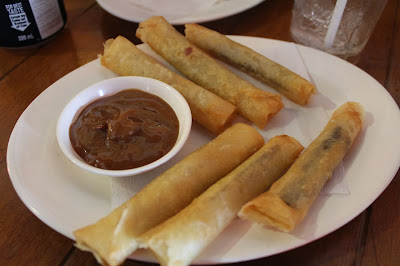 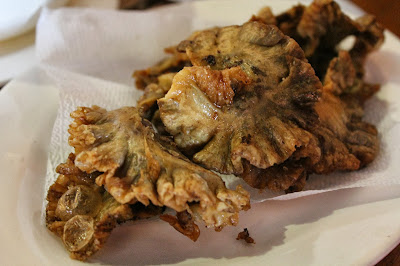 ...so we ordered additional rice
had them wrapped  and gave them
to a homeless vagrant we saw at the roadside.

Posted by Ramon Caceres at 9:43 PM