The Puerta del Sol, is apparently the location one of the gates
in the  wall that once surrounded Madrid in the 15th century. 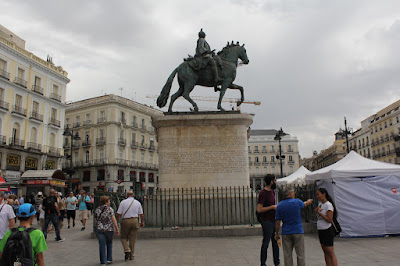 It was named after the rising sun
since the gate was facing the east. 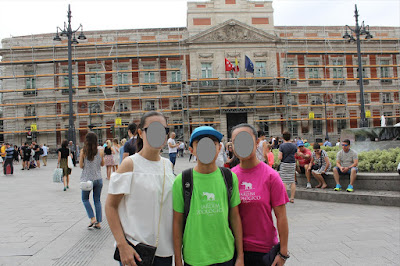 The puerta is located in the very heart of
Madrid as it serves as the kilometro zero
where all roads in Spain are measured. 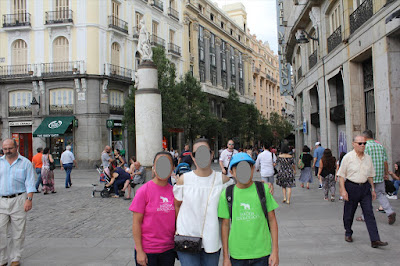 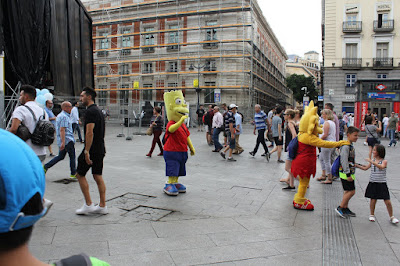 It also serves the reference for street numbers in Madrid,
which begin at the street-end that is closest to Puerta del Sol. 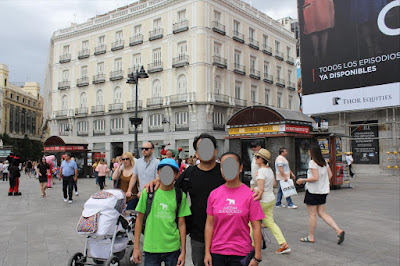 The bells of famous clock in the square
mark the traditional eating of the Twelve
Grapes and the beginning of a new year. 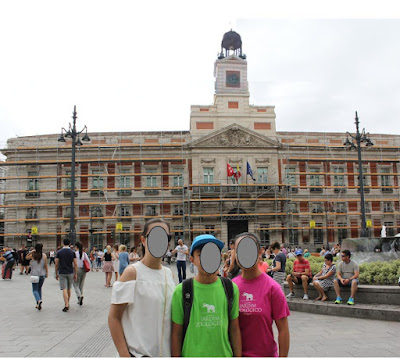 Spain’s national celebration of New Year's
is being broadcasted live from Puerta del Sol
on national television since December 1962. 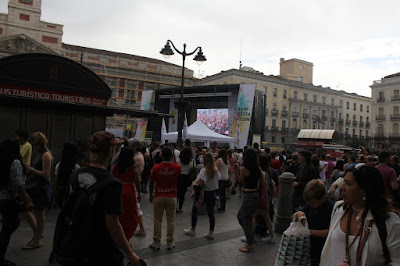 Also known as Spanish for "Gate of the Sun" - 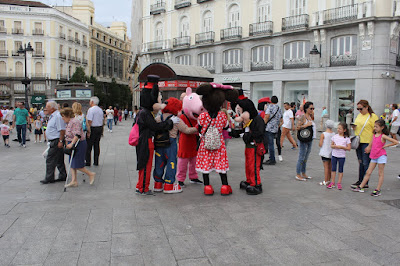 ...it is one of the most popular and busiest public
square in Madrid, making it a must see and a
must visit site for any tourist visiting the city.

Posted by Ramon Caceres at 8:20 PM