So after their mastery exams
in their home schooling program
we took them for a wake boarding holiday
at Nuvali’s .

This new wake park in Sta. Rosa Laguna
has making waves among wake boarding enthusiasts
and has been being directly compared to CWC
as another world class wake boarding facility

Unlike CWC, the Republic Wake park
does not have lodging facility yet
so we stayed in in Alabang
about an hour and a half drive
to the beautiful and booming Sta. Rosa Laguna.

This new is owned by Gov. LRey Villafuerte
who also manages the government owned CWC in CamSur.

The Nuvali’s
(from me, a non- wake border’s standpoint)

We were the very first guest
to arrive at eight AM, 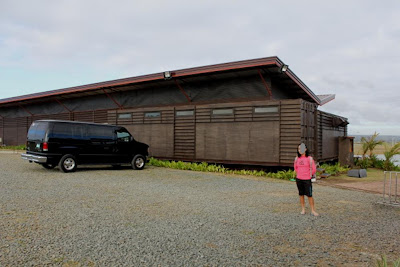 and my daughter immediately filled
up the registration form. 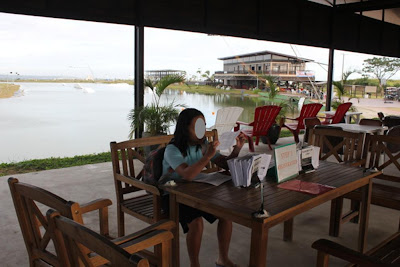 The facility was spanking new and we noted that.
this wake park is more compact
as compared to the expansive CWC. 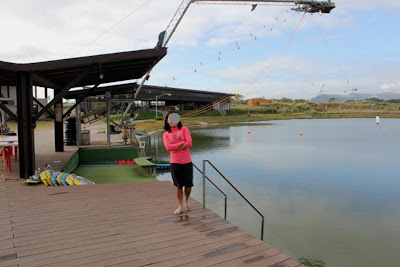 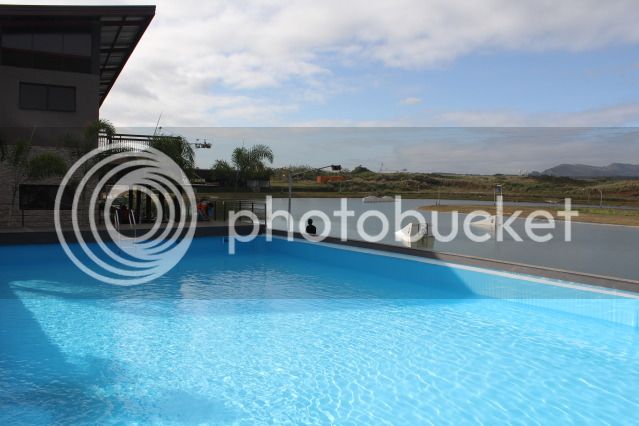 …and the beginner’s lake.
were built close to each other.

The lake looks very similar to CWC
but due to limited space it does not have a beach
where guests could sunbath or indulge in beach sports.

The place was spotlessly clean and tidy
the facility was well maintained and in top condition
something that the government owned CWC lacks.

The Nuvali’s
(on a Operator’s Standpoint)

While we were waiting for the Wake park operation to open
the cable operator recognized us
as he used to be the CWC operator
and he was happy to see us in Nuvali. 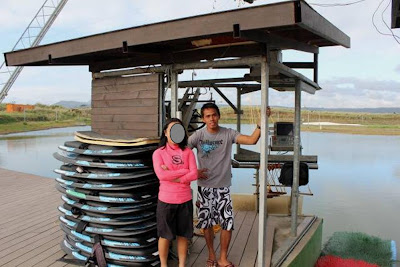 He gave us an overview of  the Republic Wakepark
and it’s main difference with CamSur Watersports Complex.

It also served a my daughter’s orientation
to the new facility that she is not familiar yet. 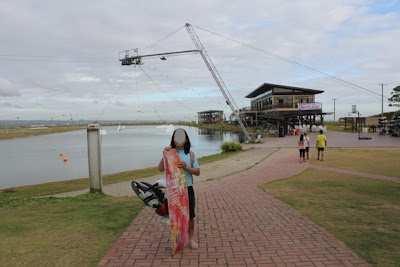 Although the lake may look exactly like the one in CWC
but according to the him this wake park lake
is a lot smaller, shorter, narrower and shallower
as compared to the CWC’s lake.

Because the lake is smaller and shorter
Republic Wakepark has a higher cable and shorter ropes
so wake boarder’s arms cruising angle
is more comfortable and at ease at CWC.

Since the lake is narrower-
the hazards are closer to each other
and closer to the lake shore
making stunts and riding harder to maneuver.

And since the CWC lake is bigger, wider,
longer and deeper- it is apparently better off
than other wake parks in the country.

The Nuvali’s
(from my Wake Boarder daughter’s standpoint)

While CWC boasts that they are
'the best in the World',
Nuvali’s Republic Wakepark tags itself
as “The Most Innovative Wakepark in the World“

But the one that impressed my daughter
is the wake park’s automated queuing system.
Something the CWC and maybe other wakeboarding facility
in the and in the World does not have,

Riders’ photos are taken at registration,
pay for the lenght of time they desire to play
and the infos are encoded in the computer chips
embeded on rubber bracelets (they call it baller)
and scanned on a machine installed at the berth.

Once your time is up- the chips would be rejected
by the computer sensor and the rider
will have to pay for the additional time
if they still want to wake  board.

Yes- there are no free rides in Nuvali
(that happens most of the time in CWC
if you befriend the operator).
Still, my daughter found the innovation cool, 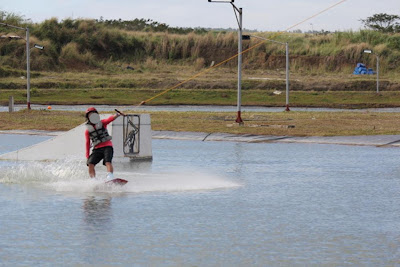 A little later, the wake boarders started poring in.
Most of them are young English speaking kids
who came in Subarus, Audis, Monteros
and other high end vehicles.

Everybody seem to know one another
that the wake park appeared like a private clubhouse
of the rich- and the very rich.

Wake Boarders  in expensive siganture outfits
and fancy wake boarding paraphernalia
were the hit for the day.

Fancy ankle guards, personalized ornate helmets
Swanky knee guards looking like trinkets
something you will never see anywhere else
or from an ordinary wake boarder in CamSur like us.

There were few foreign guests
seated on one table.

Although the crowd was very friendly.
as an ordinary person from a province
I found the ambiance too stiff and structured.

It could be that I’m 10 to 15 years older
than some these kids that’s why I’m feeling out of place-
…but several hours but later
my daughter stopped wake boarding. 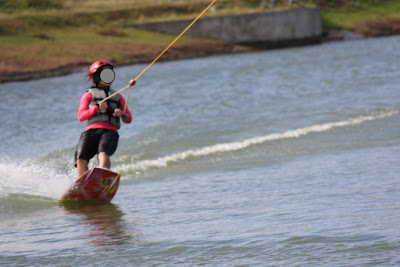 She said she’s tired and her arms are hurting
as she is not comfortable the higher inclination of the rope.

I told her to rest for a while but a little later
she said she wanted to go back to the hotel.

When I asked her why she seem to not to be enjoying
and said that she does not experience
or  feel the unruffled wake boarder vibes in the air.

So it wasn’t about my age after all.

Even my 15 year old well traveled daughter
felt the same way.
We do not belong to this social class. 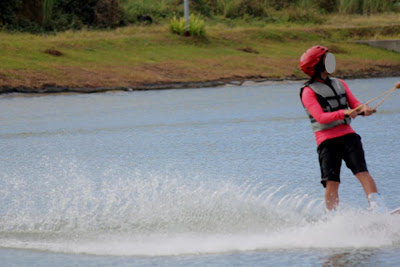 When we left,
I asked her if she wanted to come back
she said she would swim with her brother
at the hotel pool instead
.
Nuvali and CWC
(from a Professional Wake Boarders  Standpoint.)

When I talked to one of the guests
who I thought was a Filipino locale
and later found out to be a Japanese tourist.

He said he just arrived from
wake boarding in  CWC in CamSur-
on his way back to
and on a three day stop over in .

When I asked how he finds Nuvali
as compared to CWC
He responded  with a pro wake border’s stance:

“ Nuvali is beautiful and well maintained
but not as awesome as CWC.'
he answered surely and confidently.

CamSur Watersports Complex (CWC): Wouldn't you wish you were here?

Posted by Ramon Caceres at 7:40 PM